After Chief Executive Elections, What Now For Hong Kong?

THE “ELECTION” of Carrie Lam as Chief Executive of Hong Kong should be of little surprise to those who follow Hong Kong politics. Lam was Beijing’s preferred establishment candidate in Chief Executive elections and Beijing weighed in heavy-handedly to try and improve Lam’s image with residents of Hong Kong during elections. This was through attempts to depict Lam as a candidate of the Hong Kong people and a visionary reformer, in order to smooth over Lam’s image as a elite technocrat far removed from the Hong Kong people. Unsurprisingly, pro-Beijing media now trumpets Lam’s election victory.

Likewise, as with candidates for Hong Kong’s Legislative Council, candidates for Chief Executive must be vetted by Beijing before they are allowed to run. Unsurprisingly, as a result, all of the three candidates that ran for Chief Executive this time around are all individuals with a long history in government and all firmly members of the pro-Beijing camp, although Lam was seen as more of a hardliner than her closest rival, John Tsang, who had a milder image. 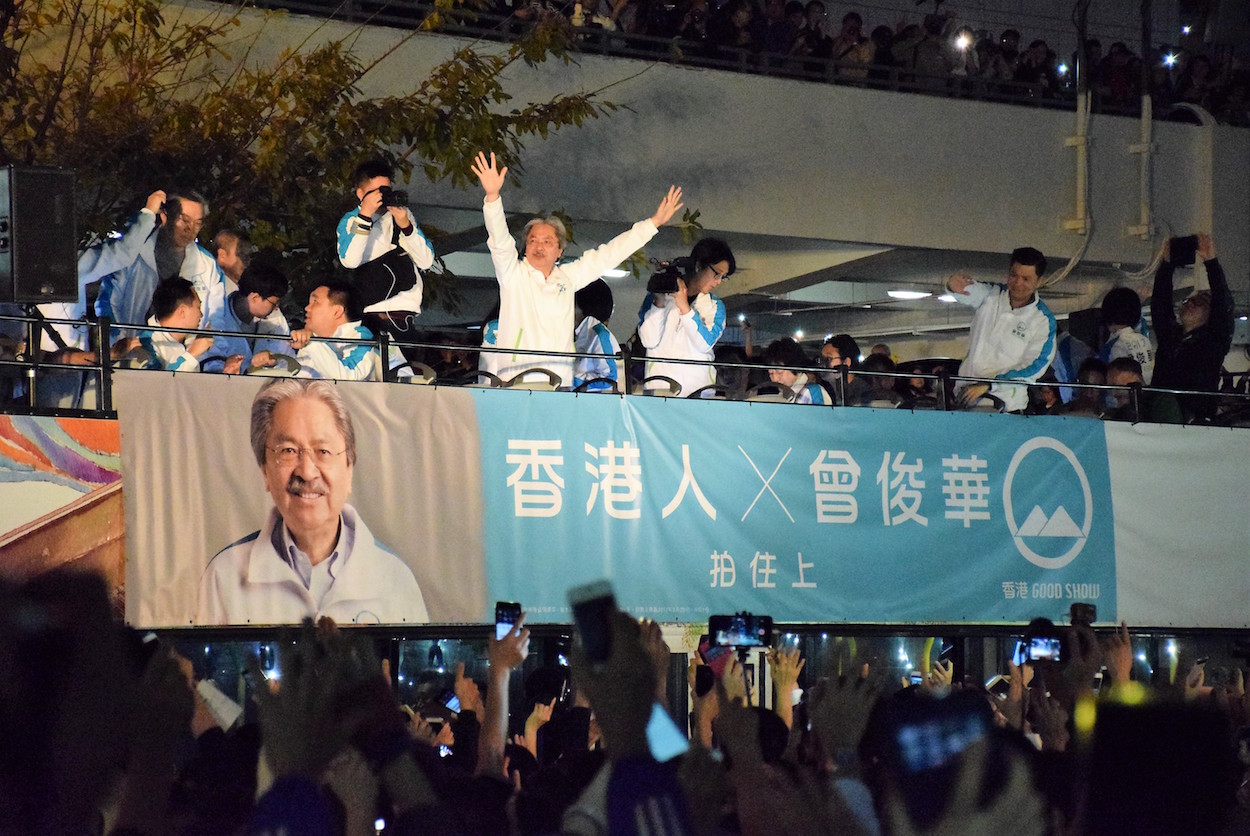 Though Tsang himself is also firmly a member of the pro-Beijing camp, an individual with a history of acting to benefit Hong Kong’s tycoons over its common people as a former finance secretary, and a supporter of stronger action by Beijing to restrict political dissent in Hong Kong, this is perhaps why, in retrospect, Tsang never seems to have stood a chance in Chief Executive elections. Lam won handily by 777 votes, with Tsang only garnering 365 votes, and former judge Woo Kwok-Hing trailing far behind with 21 votes. Some pan-Democratic voters claim to have received political pressure from Beijing to vote for Lam.

Although some members of the pro-Democrat endorsed Tsang over Lam, who was dubbed CY Leung 2.0 in reference to the hated outgoing Chief Secretary who oversaw crackdowns on the Umbrella Movement, few members of the pro-Democratic camp part of the Chief Executive election committee voted for Lam, and some cast protest votes. In what became a much circulated meme on the Internet, one voter simply wrote “Fuck” on his ballot in lieu of casting a vote. Consequently, Lam faces the challenge of uniting a politically divided Hong Kong. But Beijing seems to have decided to bank on a hardliner rather than more moderate Tsang and this may backfire for Beijing down the line. Beijing’s attempts to paint Lam as an inspired informer, in fact, quite likely will only make Lam more unpopular by further associating her with China’s authoritarian governance over Hong Kong from afar.

The degree to which Lam is all too distant from the common people of Hong Kong boggles the mind. In a hilarious but completely true story, after resigning from her position as Chief Secretary to run for Chief Executive and vacating her official residence, Lam did not know where to buy toilet paper and after moving into her new residence, took a taxi back to her former official residence to obtain more toilet paper. Lam then saw fit to post the story on social media, apparently failing to realize that this would only inspire widespread mockery and be taken as a sign of her disconnect from the ordinary people of Hong Kong. Ironically, Lam actually does come from a working class background and once had a history of student activism when young, but decades later, Lam is clearly one of Hong Kong’s elite and only has the interest of Hong Kong’s elite in mind. 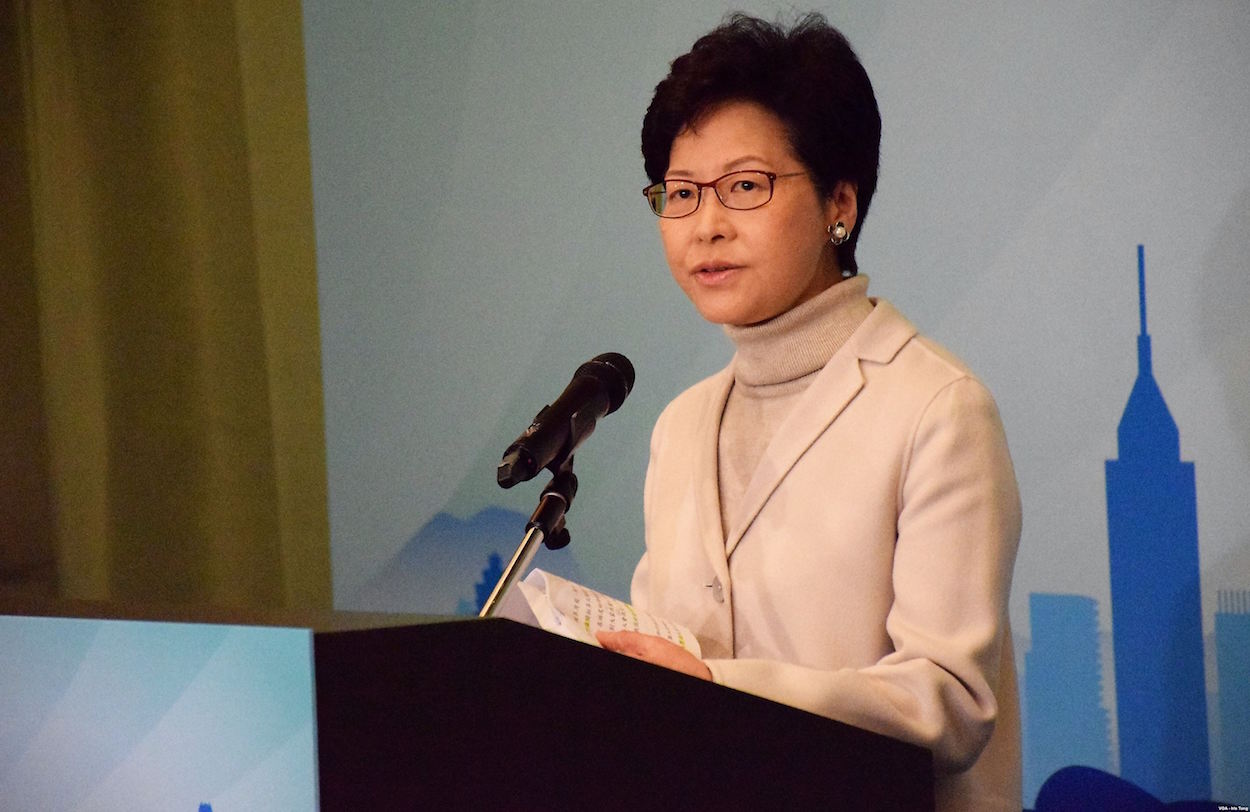 As Lam’s governance will clearly favor not only the will of Beijing but the will of Hong Kong’s economic and financial elite, one can see how the ordinary people of Hong Kong have into conflict with Hong Kong’s economic and financial elite in part because it is more often in the economic interest of social elites to side with Beijing rather than to resist it. Lam is an individual who demonstrates these tendencies very much in herself and, as a result, Lam’s tenure as Chief Executive may inspire future protest. Residents of Hong Kong seemed notably disinterested in Chief Executive elections, likely realizing that they had no say in such a democratic election, but, as was demonstrated once before with the Umbrella Movement, in politically uncertain times, apparent apathy has a way of rapidly transforming into political actions.

Indeed, the hardline stance that Lam may take on Hong Kong activists calling for greater autonomy from China is apparent in the fact that one day after Lam’s election victory, nine pro-democracy leaders, including some of the leaders of Occupy Central, have been informed that they will be facing charges related to their actions during the Umbrella Movement. Lam denies that she had any role in what some are dubbing a political crackdown, but many are skeptical. Yet one can merely wait and see as to whether the Hong Kong government, acting as China’s intermediary with Lam as its new head, will provoke another wave of political blowback against the long arm of China from abroad. The future of Hong Kong under Lam’s governance remains to be seen.