Rampant urban renewal continues to be an issue in Taiwan, with the demolition of historic or residential sites for commercial development. In the past year, protests against forced urban redevelopment include protests in Taichung against the demolition of historic sites, protests in Kaohsiung against the forced eviction of the elderly residents of a housing complex adjacent to a fruit and vegetable market in Sanmin District in northern Kaohsiung, and protests in Kaohsiung against the eviction of residents of Dagouding street, whose homes were slated to be demolished to make way for a drainage canal. 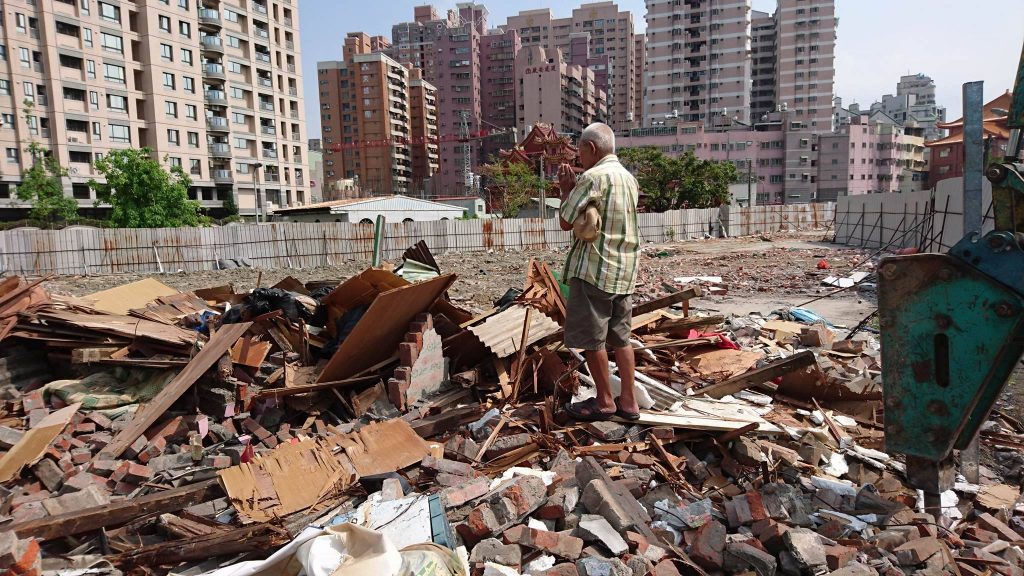 Urban renewal is a problem in all of Taiwan’s major cities and so it is unsurprising that these cases would occur in Kaohsiung and Taichung, respectively Taiwan’s second and third largest cities. As a result, anti-eviction groups organized a rally in late September calling on the Tsai administration to take action to address the problem of forced evictions in Taiwan. For its part, the Tsai administration has promised to take action through symbolic measures as rebuilding the demolished Chang Pharmacy in Miaoli, but at times, members of the Tsai administration have also evinced a condescending attitude towards anti-eviction and anti-gentrification activists. This can be seen in Minister Without Portfolio Chang Ching-sen in May scoffing at activists upset about the eviction of the Wang family from their residence in Shilin, seeing as the Wang family received five apartment units worth several hundred million NTD in compensation—failing to see why a family would wish to not vacate their home against their will even in spite of high monetary compensation and evincing a view that urban renewal can settled be through money alone, or through technocratic public policy.

Nevertheless, worries have been raised that urban redevelopment problems will now resurface with the lifting of restrictions on urban redevelopment in Taipei placed after the controversy following the Shilin Wang family eviction and demolition. City government officials claim that these restrictions were hastily placed in the aftermath of the incident, which is why they are being lifted now. However, anti-eviction and anti-gentrification activists worry that this will lead to a new wave of forced urban evictions in Taipei for the sake of commercial development or infrastructure development. As observed with the Wang family case, it is a longstanding problem in Taiwan that real estate companies in Taiwan sometimes use land appropriation laws in order to seize valuable real estate for commercial development, utilizing organized crime, threats, and other means in order to secure the agreement of residents. Likewise, local governments frequently fail to secure the agreement of residents of buildings and structures slated for demolition for infrastructure development projects, or to take their wishes into account. At worst, corrupt local governments sometimes act in collusion with development companies to demolish homes in the guise of infrastructure developments when in reality this is for the sake of making money off of clearing valuable real estate for commercial redevelopment. 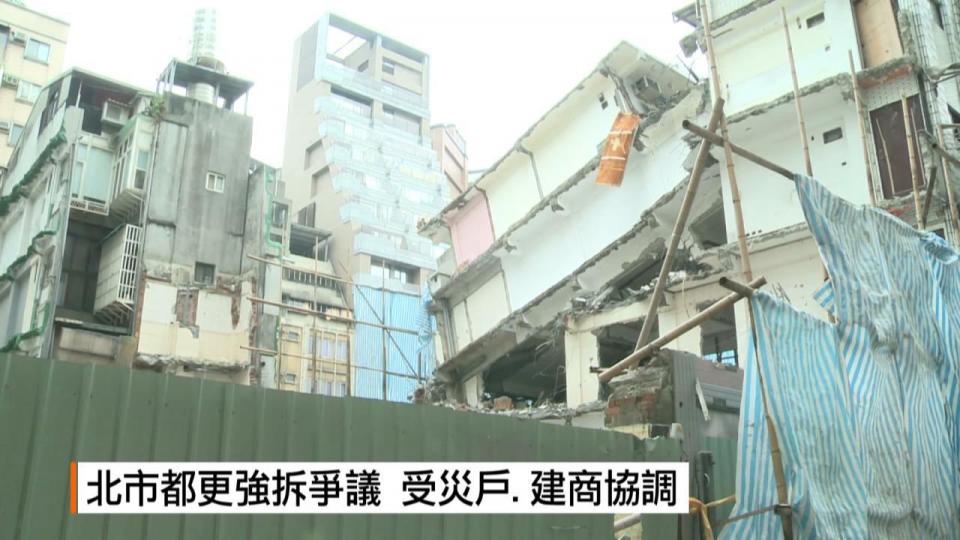 As if to confirm the fears of anti-eviction activists, last week’s demolition of the home of Chang’an West Road resident Chang Chuan-chin under suspicious circumstances which were claimed to be an accident has raised ire. Chang’s home was ordered to be demolished by the Taipei City Department of Urban Development but his home was demolished “by accident” before the papers for its demolitions were obtained, destroying many of Chang’s belongings. Chang accuses the Taipei Department of Urban Development of both attempting to destroy evidence as well as illegal profiteering through its actions, while the Taipei City Department of Urban Development claims that Chang’s house is an earthquake hazard and raises that Chang was the only resident of the street he lived on to oppose the urban redevelopment plan that called for his house’s demolition.

While the truth of this event remains to be clarified, it is to be seen whether the lifting of urban renewal restrictions represents a shift in policy by the Taipei city government. The Ko administration has previously drawn the ire of anti-gentrification activists through actions such as demolishing the Nangang Bottle Cap Factory, a historic structure used as a site for artists for their creative works which Ko had pledged to preserve during mayoral election campaigning, along with a pledge put an end to forced urban evictions in Taipei. Yet, although Chang is also accused of potentially “putting on a show” to improve his chances of a large settlement, the demolition of Chang Chuan-chin’s home is seen by some as a dangerous precedent and a potential sign that Taipei will see a new wave of forced urban eviction cases in the near future after a period under Ko in which the city government backed away from such actions. This is to be seen.