CONTROVERSY HAS erupted in National Taiwan University (NTU) after a student group, the “NTU Kaohsiung Student Union” (台大雄友會), released an advertisement for an upcoming campus event featuring an image of a bound woman surrounded by men. The advertisement, which was taken from a bondage-oriented Japanese pornographic film, features text on it stating “We have found a traitor” (我們中出了一個背叛者), the word used for found “中出” in the advertisement derived from slang for male ejaculation in Japanese (中出し). Likewise, while the relevant event officially has as its theme, “A night train ride to the north,” the text accompanying the event advertisement strongly suggests the violent gang rape of a lone woman on a street by a number of men.

It is unsurprising, then, that this event advertisement would provoke anger and disbelief from many, with many viewing this as indicative of male NTU students and other young Taiwanese men failing to take sexual assault against women seriously. Since the scandal broke out, Taiwanese netizens have also dug up other cases in which university clubs have used images from bondage-oriented pornographic films suggesting sexual violence as advertisement for campus events from a number of universities, adding weight to the view that the causes for this scandal originate in attitudes towards sexual violence among young Taiwanese men. 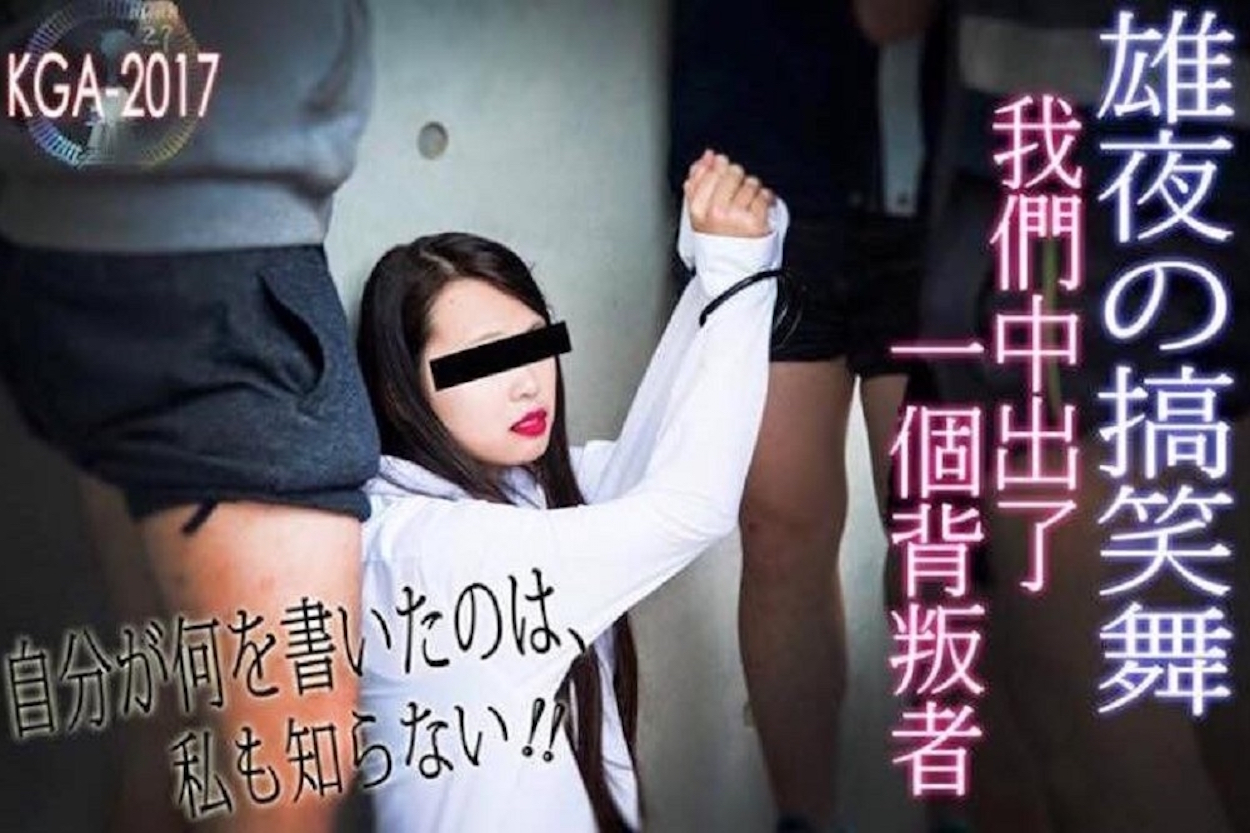 The controversial image in question. Text accompanying the image roughly translates as: “One day after class, a person walks alone on the street. Many people suddenly rush out and surround her . She tries to break away, but is dragged away roughly, pinned to the floor. Human nature falls away; this is unadulterated brutality. The woman cries out, but there is no answer, and her calls are ineffective—that night, she lost herself.” Photo credit: Facebook

In addition to the scandal being widely reported on in Taiwanese media, student activist Victoria Hwang, who was a leading participant in the protests against pro-China high school textbook revisions in August 2015 and vocal on issues regarding feminist activism, has organized a petition condemning the incident. Feminist activist Sherry Chih-Hsuan Chou also commented on the fact that, while sometimes pornographic films may become the object of popular mockery because they are fake in nature, rape and other forms of sexual violence are a very real social problem which are all too real for victims. Still others have suggested that the problem may originate in the flaws of sexual education among young people in Taiwanese society. 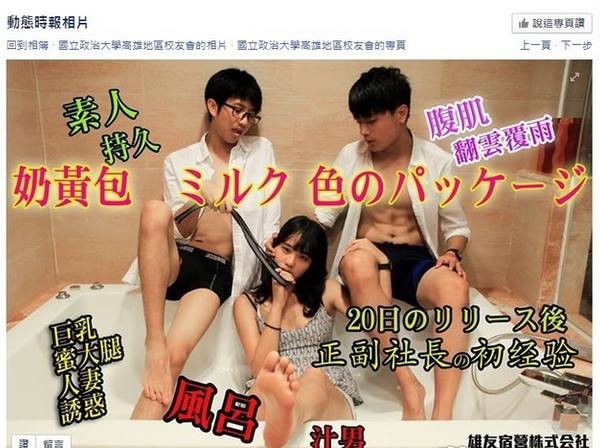 Certainly, as should go without saying, the roots of the incident are in patriarchy. Whether in Taiwan or elsewhere in the world, incidents like this are far from unheard on college campuses, due to attitudes which fail to take sexual violence seriously. And what remains to be done is to call attention to this incident as a sign of broader phenomenon in Taiwan which needs to be addressed at its roots in terms of social attitudes, rather than simply deem members of the NTU Kaohsiung Student Union to be a few bad apples.

Namely, as with elsewhere in the world, patriarchy remains pervasive in Taiwanese society. The problem is not only in the failures of Taiwanese sexual education, but in the misogyny very much visible in forms of media ranging from popular culture to even the purportedly objective reportage of news outlets. One recalls major news outlets’ coverage during 2016 elections remarking on the comparative attractiveness of female politicians, for instance. In spite of such coverage Taiwan currently has a female president, but misogynistic statements from male politicians as Koo Kwang-Ming and others do not help the matter, as can be seen not only in denigrations of Tsai by male politicians that imbibe of sexism, but also casual comments such as Taipei mayor Ko Wen-Je’s joke that gynecologists “make a living between women’s legs” during 2014 mayoral elections. In spite of the relatively progressive nature of Taiwanese society relative to other countries in the region, much work remains to be done.

It remains to be seen if NTU authorities may eventually, if at all, mete out punishment to members of the NTU Kaohsiung Student Union. If so, such punishment would be quite deserved. But preventing such incidents from occurring in the future, rather than simply scapegoating members of the NTU Kaohsiung Student Union through the action of an administration which may only be seeking to defend the school’s reputation, means misogyny must be seen as a broader problem of Taiwanese society. Efforts need to be taken to root out misogyny in all its forms in Taiwan.