No End In Sight For The Tsai Administration’s War On Drugs?

THE WAR ON drugs under the Tsai administration seems set to continue, with recent public scandals regarding drug use on army bases, the scandal caused by a drug-related death after a party at the five-star W Hotel in Taipei, and major drug crackdowns. Namely, the Tsai administration seems determined to make harsh drug policy enforcement one of its political achievements, with Tsai calling for stricter drug policy.

Drug crackdowns began shortly after the Tsai administration took office in May, with arrests of 525 drug dealers and 1,827 drug users taking place in a nationwide drug sweep in early July. This was reportedly the largest such sweep in Taiwanese history. December also saw a drug bust of over 200 kilograms of cocaine, worth over 2 billion NT. This was another incident which was billed as “historic”, as Taiwan’s largest cocaine bust in its history, although larger drug busts had taken place in the past, with an April drug bust of nearly 2 tons of drugs under the Ma administration being a more likely candidate for the largest drug bust in Taiwanese history. Another large drug bust in recent memory would be the seizure of 138 kilograms of amphetamine in Kaohsiung in July. 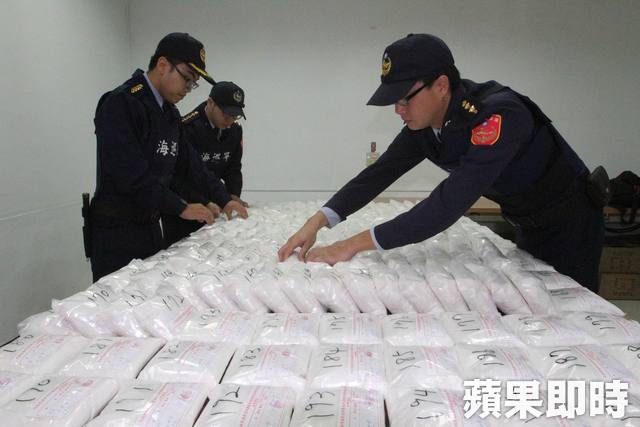 Photo from a drug bust in April 2016 under the Ma administration. Photo credit: Apple Daily

Very likely, the Tsai administration sees drug crackdowns as a way to have another on the notch on the belt for Taiwan in regards to the country’s reputation as a safe place. Unsurprisingly, Taiwan is very conservative with regards to its drug policy, with harsh penalties for not only selling drugs but also using drugs. For even drugs such as marijuana, well on its way to legalization in the United States, penalties for marijuana users are stiff, and can include months of jailing. The death penalty and life imprisonment remains on the books for some forms of drug trafficking, which has been a matter of controversy in the past due to non-Taiwanese citizens arrested for trafficking drugs such as heroin, which is punishable by life imprisonment. Along similar lines, although it did not become a widely discussed social issue, June saw the suicide of an American English teacher working in Taiwan, apparently out of panic after a four year jail sentence for trafficking marijuana.

Recent public scandals involving drugs seem to have prompted the Ministry of Justice to consider further drug crackdowns. A scandal regarding the discovery of 53 packages of amphetamines and ketamine on a military base and 8 military personnel testing positive for usage of Category 1 drug, which include heroin, opioids, and narcotics has led to questions about drug use in the military. Although some have also attempted to claim that this is a politically frame-up within the military, in general, this has led to questions about accountability within the military. More directly, the party-related death of a 21-year-old woman at a party in the W Hotel, with drugs discovered in her system and that of suspects in her death, have led to calls to tighten restrictions on nightlife. In particular, there is widespread concern about drugs disguised as regular consumables, such as instant coffee, and that this represents a new form of drug usage among young people.

Whatever the Ministry of Justice eventually decides, it seems quite likely that drug policy in Taiwan will continue to be heavy-handed, and that the actions the Tsai administration attempts to take to curb what it perceives as a drug problem in Taiwan will also be heavy-handed. Indeed, severity of drug policy is something Taiwan shares with other East Asian countries, and crackdowns on nightlife ordered by politicians after some public scandal occur regularly in the urban landscapes of East Asian countries, particularly at the hands of city or municipal mayors. 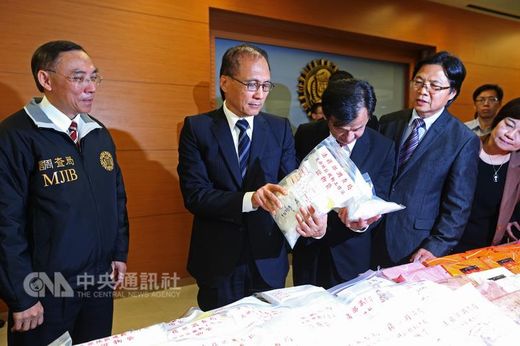 Likewise, in many East Asian countries, including Taiwan, drug policy tends to be highly punitive in nature, with lacking measures to rehabilitate drug addicts. Drugs remain highly stigmatized in Taiwanese society, with drugs considered mild in western contexts as marijuana continuing to be thought of as severe, never mind that as with most other countries in the world, alcohol and caffeine—drugs which certainly would not be legal if they were invented today—are consumed regularly.

To draw a comparison with Southeast Asia, obviously Taiwan does not seem likely to see anything like Rodrigo Duterte’s murderous War on Drugs in the Philippines anytime soon. Nevertheless, all the same, one expects the War on Drugs in Taiwan and the generally draconian punishments that the Taiwanese government metes out for drug use to continue. Although the drug policy of the Trump administration may see reversals, with the trend of America and other countries moving towards the legalization of marijuana and possibly other drugs, one generally wonders as to how Taiwan will respond. While Taiwan is frequently seen as a progressive society on social issues ranging from the environment to gay marriage, drugs may be an issue in which Taiwanese society is far from progressive on, and social attitudes do not seem like they will change anytime soon.