A BIZARRE DELUSION, which seems to be held by many English language commentators on Taiwanese politics with a pro-Taiwan stance, is to somehow believe that Trump has had a consistent position on Taiwan throughout and that his stance on Taiwan have never changed. This fails to understand that Trump’s views are not representative of the positions of the American government as a whole, misremembers the sequence of events following the Trump-Tsai phone call, and mixes up cause and effect regarding to changes which have occurred in Trump’s statements regarding Taiwan afterwards.

Sometimes this goes hand in hand with the similarly rosy view that because the Trump administration has individuals who have been consistent friends of Taiwan in the past, this means the Trump administration will be reliable on its Taiwan policy, a view which fundamentally fails to grasp the internally fractured nature of the Trump administration. But at best, this persist in clinging to the delusion that Trump somehow still aims to benefit Taiwan through his actions, conflating wishful thinking with reality; at worst, this is shouting down all skepticism of Trump in the continued insistence that god-emperor Trump knows best and one only needs to wait for the unfolding of Trump the all-knowing’s master plan.

To begin with, statements by Trump are obviously not reflective of the American government as a whole. “L’état, c’est moi,” said Louis XIV once upon a time, meaning “The state is me.” The same cannot be said of Trump. Trump’s statements are unpredictable and often made without policy considerations, as a result of which, they cannot be said to mean government policy. At the same time, given that Trump is of course president of the United States, they may mean government policy down the line. But not always. 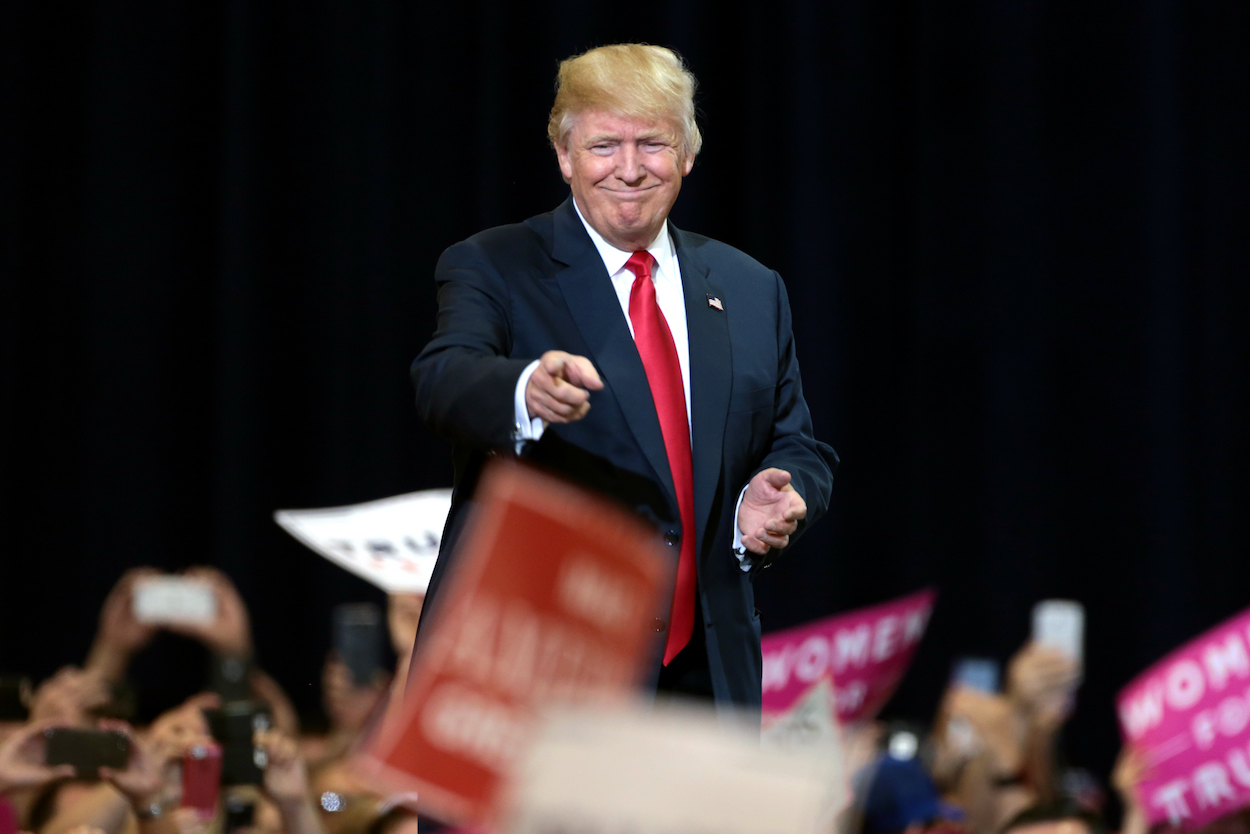 Moreover, the Trump administration is fractured on the inside. This divide is between the traditional Republican establishment which found itself having to work with as untraditional a political candidate as Trump during elections, and now has work with him as president, as well as the new political forces that entered government along with Trump, such as key advisor Steve Bannon and other members of the so-called “Alt Right.”

Conflict between the two can be observed in the heated contestation which has occurred at recent conservative events as CPAC, which demonstrates increasingly visible open conflict between the traditional Republican establishment and Alt Right. As such, between these conflicting forces within the American government, it is increasingly difficult to parse out coherent positions for the American government as a whole. It is easy why to see why traditional Republicans are wary of Bannon and other members of the Alt Right, seeing as Bannon led Trump to remove the chairman of the Joint Chiefs of Staff and the director of National Intelligence and appoint him instead to the Principals Committee of the National Security Council, apparently without Trump realizing this, and has publicly stated that the Trump administration’s cabinet appointments are aimed at wholly “deconstruct[ing]” established government structures.

Claiming that the Trump administration has coherent and thought out foreign policy, therefore, is idiotic when all indications are that a large section of the American foreign establishment dislikes how Trump has undone years of their hard work in weeks and would rather leave the government than work under Trump. And for those who claim that this is merely the American system of checks and balances holding Trump and the political forces which have entered government with him in check, this is in fact, banking on the technocratic “deep state” of colorless, unelected bureaucrats to overturn democratic institutions to maintain stability for American foreign policy. Indeed, it is far beyond the pale of the normal when the American intelligence community views the presidency as compromised and has turned against Trump. 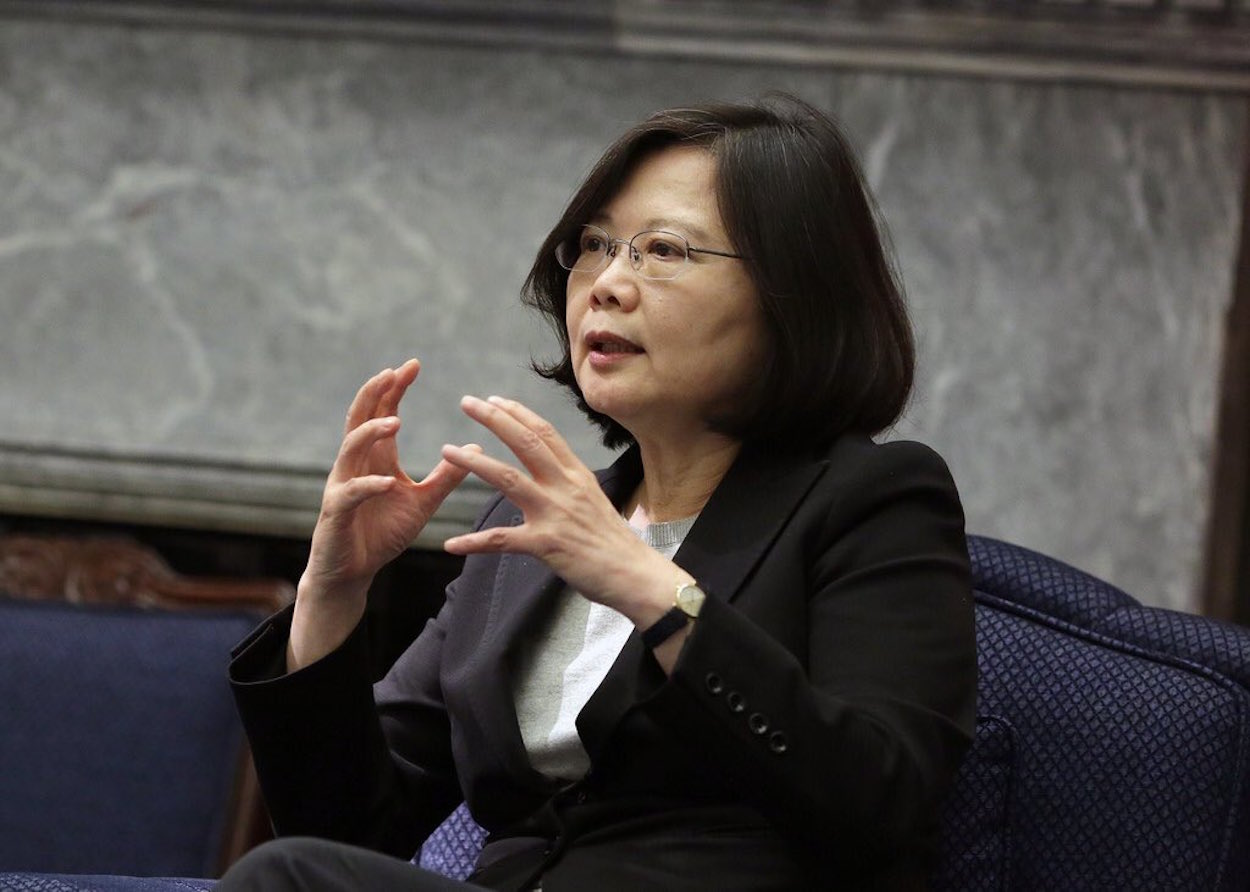 Nevertheless, having established the point that statements of Trump’s cannot be taken as the statements of the American government as well as that the American government is increasingly fractured from the inside, we find that the attempt to insist that Trump has had a consistent position on Taiwan is founded upon the fact that after all the hullaballoo which followed the Trump-Tsai phone call, in the end there was no fundamental change in American position. And so, in the end, Trump did not break from One China Policy, which has been adhered to by America for decades.

But this is to forget that for some time, all indications by Trump was that he would seriously consider breaking from One China Policy, with the claim that that all of America’s international relationships were up for negotiation under his administration, which was what provoked such excitement about Trump as potentially beneficial for Taiwan to begin with. Before that, such individuals had feared that Trump would be destabilizing of US-Taiwan relations, with claims that Trump would seek to withdraw American troops from Japan and South Korea, but then they reversed their verdicts of Trump to praise him in the highest of terms.

After some time of holding out that tantalizing possibility for pro-Taiwan commentators whose view is apparently that Taiwan must solely bank on the US state to exclusion of seeking aid from all other political actors, Trump then backed away from claims that he might break with One China Policy, finally relenting and expressing continued US commitment to One China Policy. Again, nothing had changed on the US position, overall, after a window of time in which it seemed like America might shift on One China Policy. 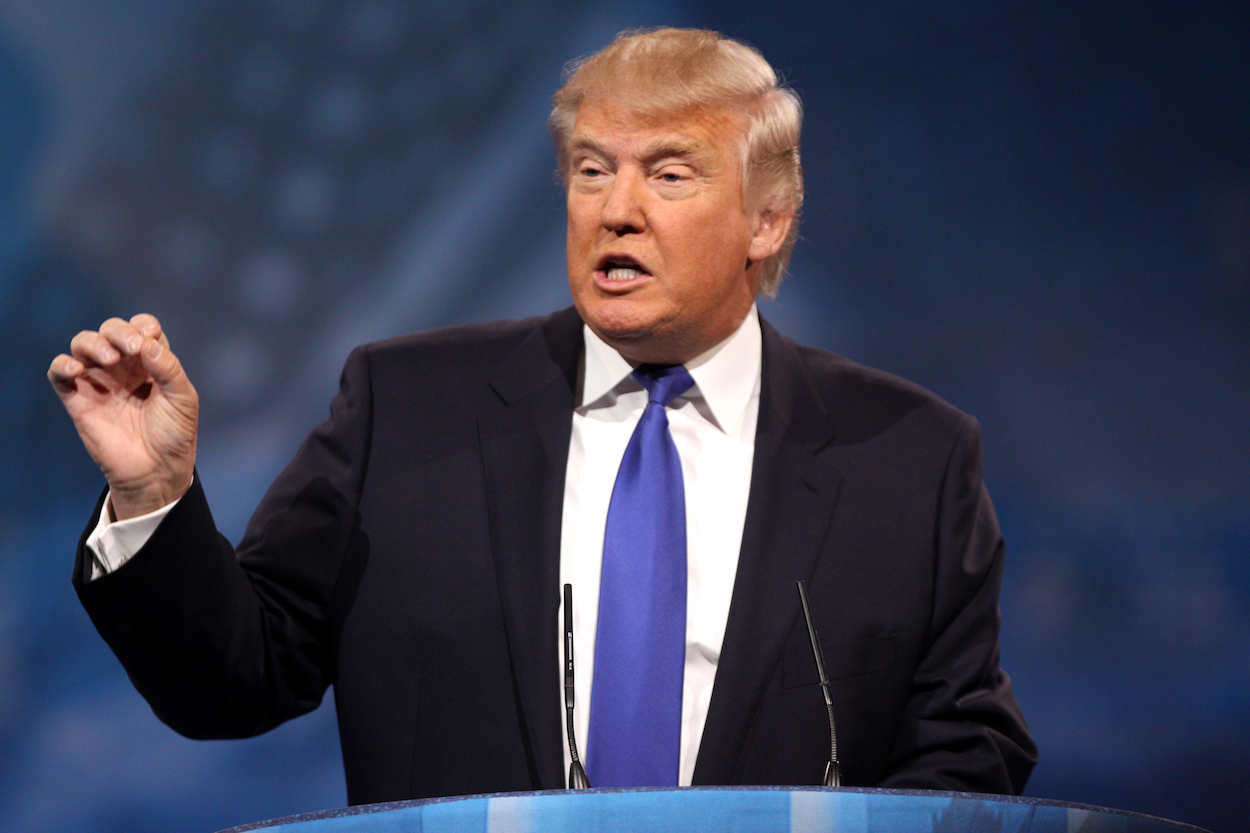 Yet strangely enough, rosiness continues to persist about Trump, with attempts to downplay the unpredictable nature of Trump’s actions which had just been observed through his flip-flops on One China Policy. Now the claim was that Trump had been consistent all along and was merely doing the same as other past presidents in the past, using the fact that there was no overall shift in American policy, following all the drama which followed the Trump-Tsai phone call, to claim that Trump himself had never wavered on his positions. Apart from the bizarre political amnesia that some individuals have about the rapid flip-flops in their own assessments of Trump in the course of a few weeks, Trump is still seen in a strangely rosy light. This continues in the present.

So why would Trump indicate for a brief amount of time that he might break from One China Policy? Again, in part, this returns to the man’s lack of knowledge about global politics or even his personal lack of interest in doing the actual work being president. For some, by virtue of having become president through an accident of the American electoral position, Trump has suddenly acquired the aura of being “presidential” and must be seen as though he were as qualified or knowledgeable as any other past president but, unfortunately, that is far from the case. Trump was willing to break from One China Policy because he did not know very much about its history and was looking for an easy way to stick it to China—not at all because he knew what he was doing and saw closer ties with Taiwan as strategically beneficial to the US, even at the calculated risk of alienating China. Trump, in this way, likely only saw Taiwan as bargaining chip from the beginning.

But, far more importantly, beyond Trump’s personal failings, Trump’s shift in position is likely reflects that he was eventually talked out of breaking from One China Policy by elements of his administration, which probably hail from the traditional Republican establishment. Steve Bannon, members of the “Alt Right”, and the new political forces which have entered government with Trump are hawkish on the issue of China to the point of seeing conflict with China as an inevitability, which would have been supportive of Trump aggravating China. Despite also being antagonistic towards China on the basis of old school anti-Communism, most traditional Republicans probably do not seek immediate war with China. 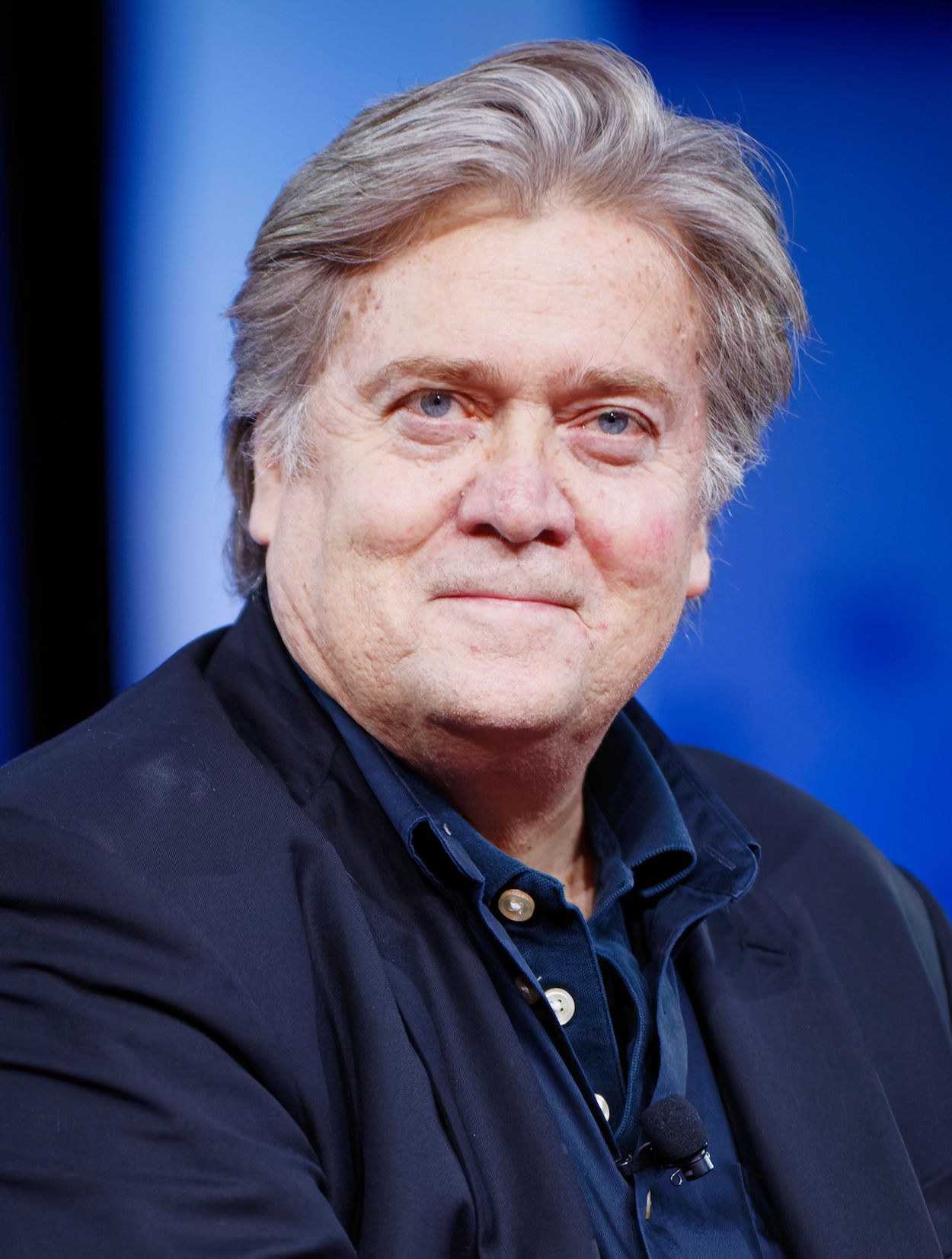 Nevertheless, again, before one argues that this represents the Trump administration being held in check by the traditional Republican establishment, as part of the institutional checks on the president within the American governmental system and that one can rely on those traditional allies of Taiwan part of the traditional Republican establishment who are now part of Trump’s administration, we do well to remember that further unpredictability on the part of Trump is to be expected. With indications that America is considering war with China’s proxy state, North Korea, it may be that the Alt Right has once again won Trump’s ear, and so Trump is swinging towards extremely hawkish foreign policy towards China once again. Indeed, general indications are that Trump allows the competing camps of the traditional Republican establishment and the Alt Right to both operate in the White House at loggerheads with each other and decides to go with the plans of one or the other at will, leading to rapid oscillation between maintaining and radically breaking from the American foreign policy status quo.

Obviously, however, it is easier to simply delude one’s self that the Trump administration has been consistent throughout, ignoring Trump’s shifts in stance, and conflating cause and effect as to why he eventually did not lead the American government break from American adherence to One China Policy. Or to assume that because there are establishment political actors who have been consistent in their support of Taiwan throughout within the Trump administration, that the Trump administration can therefore be implicitly trusted, and to take the view that they have been holding Trump in check and will continue to do so. On the contrary, the internal fractures in the Trump establishment to date have and will continue to lead to dangerously unpredictable shifts in American policy where Taiwan and the Asia Pacific more broadly are concerned.

But generally one expects such deluded views to persist. As should go without saying, it is always easier to believe what one wants to believe rather than to confront an unpleasant, complex, and deeply frightening political reality.