Implications Of Rebiya Kadeer Deciding Not To Visit Taiwan?

THE RECENT announcement that Rebiya Kadeer, president of the World Uyghur Congress, will not be visiting Taiwan in the near future may be a sign that the strategy adopted by pro-China political forces in Taiwan who have taken to harassing or even physically assaulting political dissidents against China may be working. Kadeer is a former businesswoman who was once a delegate to the Chinese People’s Political Consultative Conference, before being imprisoned by the Chinese government for political activities perceived as advocating for Xinjiang independence. After her release, Kadeer relocated to the United States, becoming president of the World Uyghur Congress in 2006, which calls for self-determination for Xinjiang and is alleged by Beijing to be an Islamic terrorist group, but which itself claims to adhere to principles of nonviolence.

Following a period of time in which Kadeer expressed interest in visiting Taiwan after an invitation by the Taiwan Solidarity Union and seemed to be angling for permission to be granted for her visit by the Tsai administration, it is reported that due to the intervention of “specific individuals”, Kadeer decided not to visit. What this means exactly is unknown. Kadeer also stated to Taiwan Solidarity Union members that she thought her visit might come at a political insensitive time and have unwanted repercussions for Taiwanese politics. 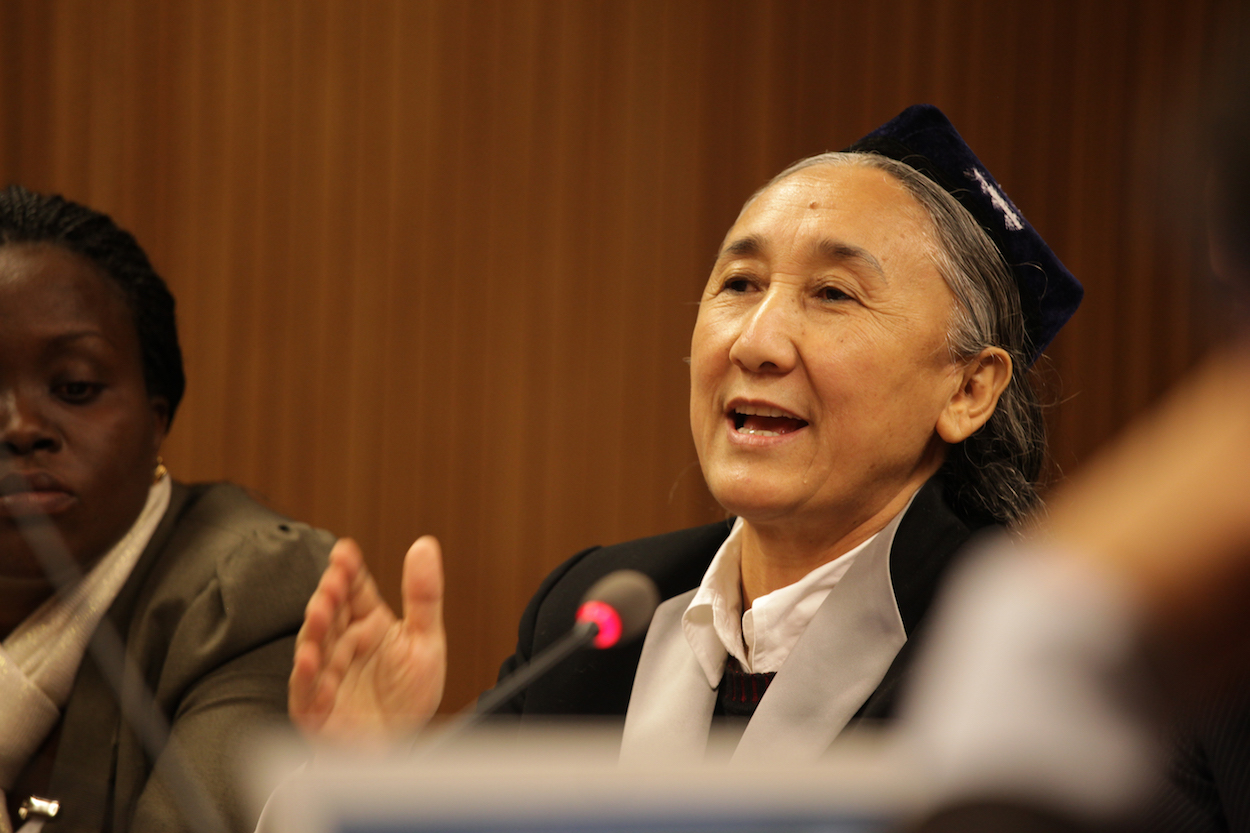 Kadeer may be hoping to keep out of the hair of the Tsai administration, seeing as Kadeer has expressed support for the Tsai presidency multiple times in the past. Kadeer has met with pro-Taiwanese independence political groups many times before and so it is not surprising that she would accept the invite of the pro-independence Taiwan Solidarity Union to visit Taiwan.

However, in general, political dissidents against China seem more wary to visit Taiwan after the series of demonstrations which took place during the recent visit from Hong Kong of newly elected lawmakers including Joshua Wong and Nathan Law of the Demosistō political party, which was founded by Wong and other leading figures of the Umbrella movement. Wong and Law’s visit, which was for a conference jointly organized with the New Power Party, saw demonstrations from pro-China groups such as the Concentric Patriotism Alliance and the Chinese Unification Promotion Party, which necessitated the deployment of riot police. Both the Concentric Patriotism Alliance and Chinese Unification Promotion Party have a history of violence against members of the Falun Gong and Taiwanese independence groups.

These demonstrations culminated in an attack on Nathan Law which took place in Hong Kong international Airport, once Law had returned to Hong Kong. While Hong Kong had already seen the kidnapping of political dissidents within its orders, as in the disappearances of five Hong Kong booksellers who published books critical of China, this was among the first concerted use of physical force against individuals calling for greater autonomy for Hong Kong from China. In the media furor and panic which followed, organizations including the localist group Civic Passion announced their withdrawal from “all social movements” due to fear of the threat of violence, Civic Passion claiming that it would restructure itself into a community-based organization. 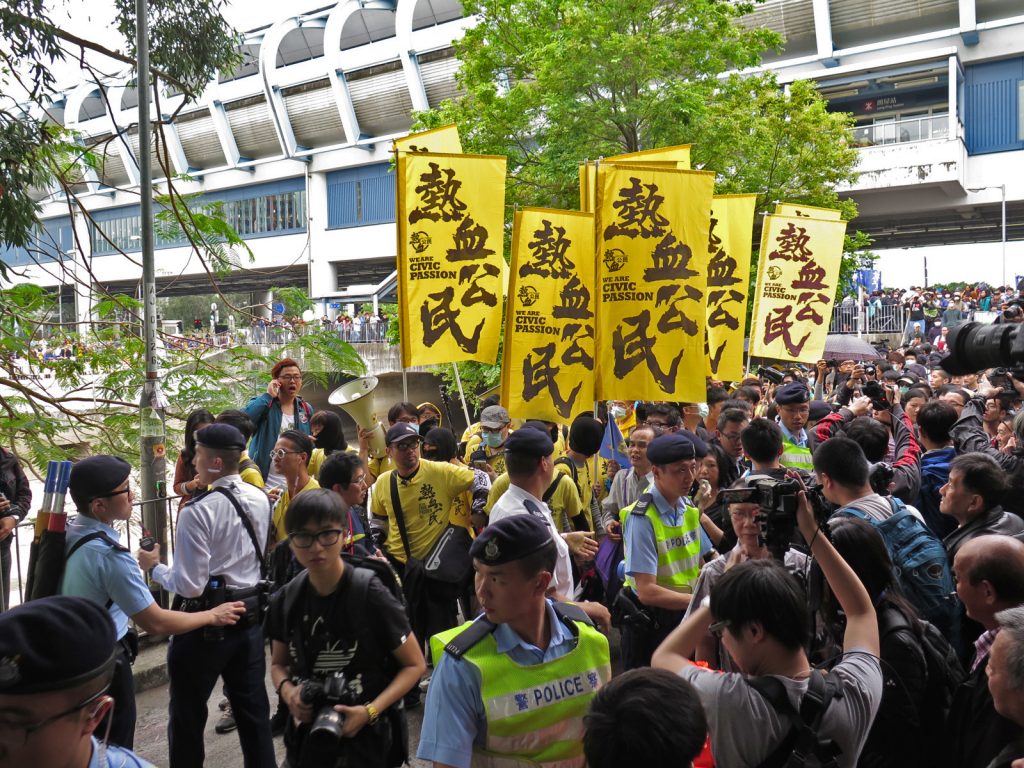 Though these events took place in Hong Kong, no doubt the actions of their Hong Kong counterparts will embolden Taiwanese pro-unification demonstrators who were already willing to resort to violence against Kadeer and other individuals that they perceive as China’s enemies. The use of violence seems to have had pay-offs in terms of forcing groups as Civic Passion to withdraw from politics, as a result of which Taiwanese pro-unification groups may adopt similar tactics. There, too, is the threatening possibility that pro-unification groups in Taiwan, Hong Kong, and other locations, may begin collaborating in planned demonstrations.

And so, it seems quite possible that Kadeer is understandably wary of potentially being attacked by large groups of pro-unification demonstrators if she were to visit Taiwan. As Kadeer is a figurehead of the Xinjiang independence movement, for Kadeer to decide not to visit Taiwan casts a shadow over visits to Taiwan from similar figures, such as the Dalai Lama, who is a representative of the Tibetan government-in-exile. It remains to be seen, then, as to what can be done in order to make Taiwan a safe space in which figures as Kadeer, the Dalai Lama, or individuals Hong Kong can visit without fear of violence.