Why Is China Attempting To Commemorate The 228 Massacre?

THE BIZARRE NEWS that China plans on commemorating Taiwan’s 228 Massacre is representative of Chinese attempts to assert claims over Taiwan by incorporating Taiwanese history in Chinese history writ large. This is nothing new.

Although the commemoration of the 228 Massacre is bizarre, such attempts are not new by China. For example, China already claims Taiwanese indigenous as “ethnic minorities,” and has in the past purported to represent Taiwanese indigenous ceremonies in performances representing the customs of Chinese “ethnic minorities.” Likewise, in line with Chinese claims that Taiwan is a province of China, Taiwan technically enjoys 13 provincial representatives in the closest body China has to a national legislative body, the National People’s Congress. 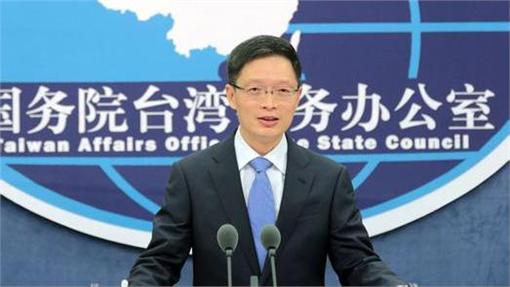 In truth, despite changes in the education curriculum enacted after the DPP took the presidency for the first time during the Chen Shui-Bian presidency, many young people in Taiwan remain lacking in knowledge about the 228 Massacre. But yearly commemorations of 228 which take place across the island, organized by young people themselves, are a marker of rising Taiwanese identity. 228 commemoration organizations were among the matrix of civil society and youth activist groups that gave rise to the Sunflower Movement.

As commemoration of 228 is strongly tied to rising Taiwanese identity, it is unsurprising that Chinese commemoration of the 228 Massacre comes off as an absurdity in Taiwan. Is this another failed overture to Taiwan by China, then? Given that Chinese policy aimed at reining in its so-called “separatist” territories has a tendency of strangely misfiring, this may be the case. Or this may be part of attempts by China to signal its continued claims of sovereignty over Taiwan towards it domestic population. Trade ties lead many Chinese to come into contact with Taiwan, after all, and it is not uncommon for encounters with Taiwanese youth activism to lead Chinese students studying in Taiwan towards more tolerant views on Taiwan.

Yet we can perhaps view China’s attempt to incorporate Taiwanese history in its own as simply an age old tactic of colonizers the world over, in which it is hoped that symbolic claims about territorial integration will lead the way to something more substantive. We find something similar, for example, in that when the KMT came to Taiwan it attempted to claim Taiwan had been part of its version of China since time immemorial, in order to legitimize its political control over Taiwan as the purportedly rightful “Chinese” government-in-exile. Attempts at incorporating Taiwanese history into a broader Chinese history occurred through the use of figures such as Chinese-Japanese Ming loyalist Koxinga (downplaying Koxinga’s Japanese heritage), or attempts to paint the 1930 indigenous uprising against the Japanese, the Musha incident, as an incidence of Taiwanese indigenous rising up against the Japanese motivated by Han patriotism. 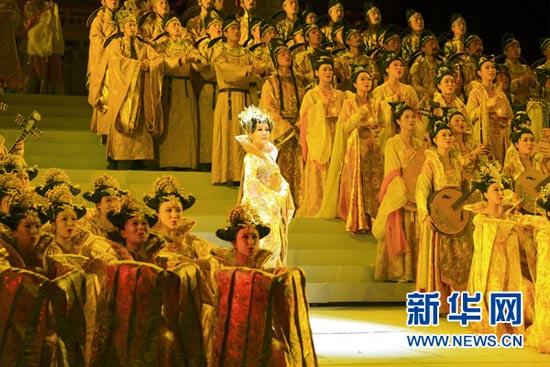 2013 staging of a play about Princess Wencheng. Photo credit: CCTV

This is a visible feature of contemporary China, as well. In contemporary China, for example, one commonly finds Chinese claims over Tibet and Xinjiang which use history to establish historical ties aimed at building the case for Chinese sovereignty over Tibet and Xinjiang. Claims intimating that Tibet belonged to China from time immemorial occurs by emphasizing ties between Tibetan rulers and Chinese rulers using figures as Princess Wencheng, a minor Tang dynasty noblewoman who was sent in marriage to King Songtsän Gampo of Tibet by Emperor Taizong of the Tang dynasty. While Wencheng was historically only one of Songtsän Gampo’s many wives, Chinese propaganda efforts have played up the importance of Wencheng’s historical role as a way to link ancient Tibetan history to ancient Chinese history. With the suggestion that Wencheng was a hidden force behind Songtsän Gampo’s rule, the attempt is made in some way to assert Tibetan history as subordinate to and a part of Chinese history.

Attempts to create a similar figure to Wencheng have been attempted with the historical figure of the “Fragrant Concubine,” a Uighur concubine of the Qianlong emperor. Similarly, in many contemporary historical depictions of Genghis Khan in China, Genghis Khan is treated as though he were a Chinese and not a Mongolian emperor, not only to absorb the historical fame of Genghis Khan into Chinese history, but to justify Chinese claims over inner Mongolia. There exist similar attempts in many filmic depictions of Chinese ethnic minorities, propaganda efforts that the Chinese government plans to step up with the announcement of plans to produce fifty-five films featuring China’s ethnic minorities in the near future, with one film for each ethnic minority.

In the case of Taiwan, China broadly perceives any of the countries or territories it considers to pursuing “separatist” actions within the same framework and attempts to adopt uniform policy to treat them all in the same manner. As such, if somewhat of a bizarre attempt, we can see attempts to incorporate Taiwanese history into Chinese history such as commemorations of the 228 Massacre in line with these broader efforts by China.