Under Trump, Will Taiwan’s Progressive Values Become A Liability To It?

語言:
English
Photo Credit: Caleb Smith/Office of the Speaker of the House/CC

WITHIN ARTICLES attempting to raise awareness of Taiwan’s plight internationally, it is a journalistic trope at this point to refer to Taiwan as a progressive Asian society. This is particularly noticeable in reference to the possibility of Taiwan becoming the first Asian country to legalize gay marriage or claiming that Taiwan is the only Chinese-speaking democracy. The claim that Taiwan is a progressive society is popularly used as an effective means of raising Taiwan’s profile internationally, as Taiwan’s strange quandary of lacking international recognition from most members of the international community is little known across the world.

Nevertheless, as Taiwan has historically depended on the United States as guarantor of its de facto independence from China, it is ironic if under the Trump presidency Taiwan’s progressive values—cited as a reason for which the world should support Taiwan—in fact becoming endangering of continued American support for Taiwan. This, in fact, would not merely be any symbolic loss of Taiwan’s progressive social values through depending under the increasingly authoritarian Trump regime for support, but the very real possibility that through supporting progressive social values, the Trump administration will treat Taiwan in a hostile manner.

Donald Trump has illustrated little to no grasp of international affairs, but rather dances to the beat of whatever pleases his supporters. Trump’s closest advisor, sometimes seen as the power behind the throne, is the white nationalist former chief executive of far-right-wing media outlet Breitbart Media, Steve Bannon, a known member of the resurgent neo-Nazi movement known as the so-called “Alt Right”. Reports state that Bannon was the individual who drafted Trump’s controversial “Muslim ban”, as part of attempts aimed at fulfilling his far-right wing white nationalist political agenda.

The global refugee crisis prompted sympathetic responses from Taiwan, particularly after pictures of the corpse of three-year-old Syrian refugee Alan Kurdi washed up on a beach went viral across the world. Apart from political commentary from Taiwanese progressives arguing that Taiwan should take in refugees, president Tsai Ing-Wen stated that although Taiwan was not a member of the UN, it was willing to help with the refugee crisis.

This probably was a statement by Tsai which also had the intent of raising Taiwan’s international profile as, again, a progressive society, and went along with Tsai having conducted election campaigning in 2016 presidential elections promising to enact a progressive vision of social change. With the continued global refugee crisis, arguments for Taiwan to take in refugees continue to be made, although one should keep mind that it actually is a question whether Taiwanese society is as progressive as some claim, and whether Taiwanese society would welcome refugees is an open question.

Yet we may note that the Trump administration has lashed out at longstanding American allies for their willingness to host refugees. This was observed quite visibly in a phone call between Trump and Australian prime minister Malcolm Turnbull, in which Trump referred to refugees as “illegal immigrants” and expressed displeasure at Turnbull’s attempt to confirm America’s commitment to a deal made under the Obama administration which would have resettled 1,250 refugees from Australia to the United States.

To be sure, Australia is not actually better than the United States in its refugee policy necessarily, seeing as the reason why the refugees were to be resettled in the United States is because Australia refuses to allow refugees that come by boat into its borders and instead keeps them offshore in detention centers in the Pacific nations of the Nauru and Papua New Guinea. In return, Australia would have agreed to take refugees from Guatemala, El Salvador, and Honduras. 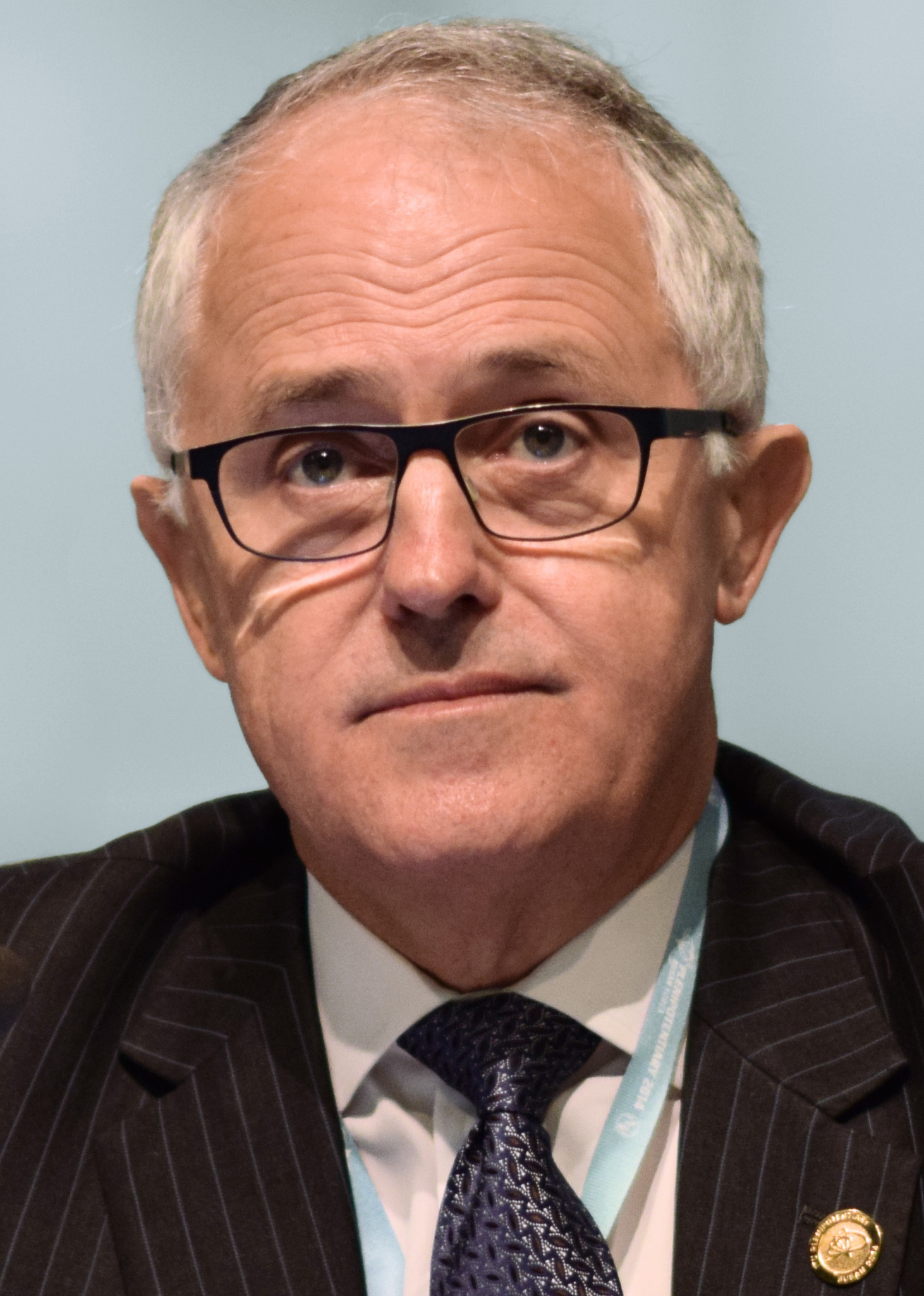 But the days since have seen a open diplomatic feud between the Trump administration and Turnbull administration, with Turnbull’s name being referred to as “Trumbull”, probably deliberately by Trump press secretary Sean Spicer and his name noticeably left off of press briefings that referred to all other leaders who had discussions Trump in recent days by name and referred to incorrectly as the “president of Australia”, before this was later corrected. The Trump administration was angry at the prospect of refugees being sent to the United States, but it seems that what the Trump administration is also hostile to all countries willing to take or having any dealing refugees in any way, viewing refugees all as “illegal immigrants” and undesirables, looking down on any country willing to take them in. Noticeably, Australia is a staunch ally of the United States, sharing military intelligence with it freely under the Five Eye Alliance. And so for a diplomatic feud to erupt between America and Australia is bizarre, with some worries that this will damage trade ties between America and Australia, or Australia and America’s political alliance.

What if Taiwan were to take in refugees, then? It is possible that Taiwan could become the target of the Trump administration’s strange and outrageous foreign policy outbursts. Trump probably did not know very much about “One China Policy” at the time he prompted internationally controversy through his telephone call with Tsai Ing-Wen and Tweets thereafter referring to Tsai as the “president of Taiwan.” Trump had actually lashed out at Taiwan as a stealer of American jobs during election campaigning, likely confusing Taiwan with China, and suggesting a lack of knowledge of Taiwan.

Yet if Trump has reversed any real indication of commitment to supporting Taiwan through subsequent claims that suggest he might seek to use Taiwan as a bargaining chip against China, he still cannot be counted upon to recognize the importance of Taiwan. Recent reports suggest, for example, that Trump may not even have understood the executive order he signed which took the unprecedented step of removing the head of the CIA and chairman of the Joint Chiefs of Staff from the National Security Council’s Principals Committee and naming Bannon to the Committee.

It is altogether possible that through commitment to progressive social values through acts such as taking in refugees, Taiwan would find itself the target of irrational ire by Trump, no matter how counterproductive to American foreign policy that may be. In this, Trump’s egotism might overrule individuals within or with ties to his administration who have advocated for the longtime support of Taiwan, such as Peter Navarro and John Bolton. Again, it is probably Bannon and other members of the so-called “Alt Right” within Trump’s administration which have Trump’s ear, and their claims about the inevitably of American war with China probably stem from their far-right-wing views about a “clash of civilization” between America and rival powers more than anything else, with Taiwan merely being a chess piece in that geostrategic struggle. One can hardly count on them to be committed to the defense of Taiwan. 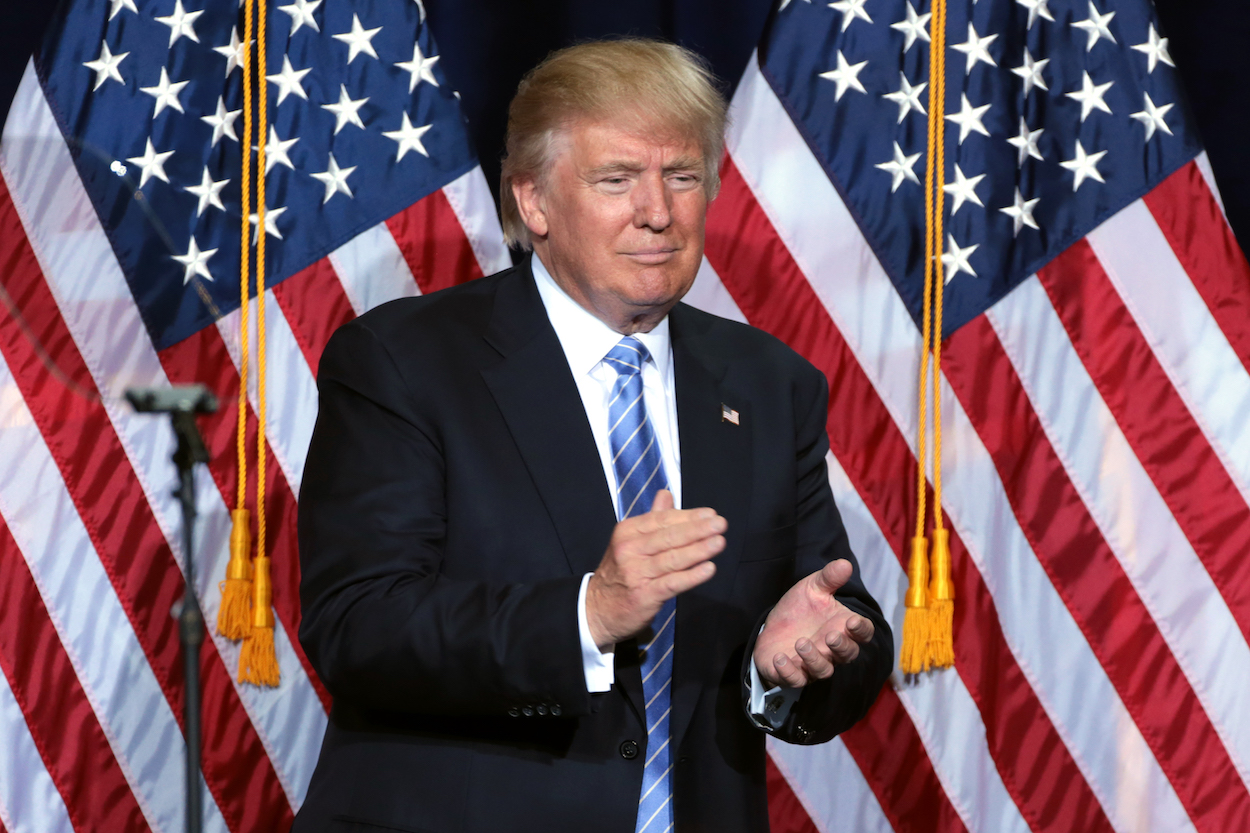 And indeed, gay marriage proves another front on which Taiwan might possibly be attacked by Trump. Prominent members of the so-called “Alt Right” as Milo Yiannopoulos are openly gay, although Yiannopoulos has stated his belief that despite that he himself is gay, he believes being gay is wrong. Trump himself has been ambiguous on the matter of gay marriage, waffling numerous times between statements that he was outright against gay marriage to claims that he would condone it. However, again, Trump more broadly dances to the tune of whichever one of his supporters are closest to him at any given moment, given his lack of any true political beliefs. And if that currently proves to be the so-called “Alt Right” at present, with the large number of Christian fundamentalists which support him, he could also shift towards placating them.

Trump has already taken drastic steps aimed at cracking down on women’s reproductive safety in order to please Christian conservatives, reversing past statements of his and reversing his “pro-choice” stance he held before he entered politics. Reversals by Trump on gay marriage would not be surprising, not too unlike how Trump has flip-flopped on his advocacy of American troop withdrawal from the Asia Pacific before phone calls and meetings with Asian leaders and the advocacy of a stronger stance against China by key members of his administration. This, too, could potentially be a liability for Taiwan.

What, then, for Taiwan? Should Taiwan discard the progressive values it holds near and dear and express far-right extremism in an effort to please Trump? Certainly, some in Taiwan will make this argument. Does the answer lie in attempting to make moral appeals to the American people, rather than authoritarian state actors? Or does it lie in weaning Taiwan off of over-dependence on America as its sole guarantor of independence, when America has been happy to use Taiwan as a geostrategic chess piece for decades, with little care for the people living in Taiwan? This remains to be seen.