Wealth, Power, And Pride All At Stake For The US And China In The South China Sea

A SERIES OF comments made nine months months ago by former head of the far-right Breibart news organization and now chief strategist of the Trump administration Steven Bannon in regards to the South China Sea have recently come to light, giving a glimpse into the Trump administration’s worldview concerning Chinese expansion in the Asia Pacific. In his comments, Bannon states his belief that war between the US and China will undoubtably occur within the next ten years, and points to the current territorial debate over the waters of South China Sea as the catalyst which will ignite this future conflict. As Bannon now occupies a central role in the US presidential administration, given Trump’s proclivity to date to reframe the US-Chinese relationship as fundamentally competitive in nature, these comments seem indicate the administration’s intention to challenge China’s claim to the waters in the future.

In his confirmation hearing as US Secretary of State, Rex Tillerson similarly reiterated the Trump administration’s hardline stance against the Chinese, stating that China would not only have to cease island-building efforts in the South China Sea, but that it would also be denied access to the islands which it has already constructed. He then compared China’s building of these islands in the South China Sea to the Russian annexation of Crimea. Since the Trump administration has signaled its intent to seek friendly relations with Russia, possibly in antagonism to China, this comparison, which seeks to justify a decidedly unfriendly relationship between the US and China, seems incongruous. It is, however, in line with the Trump administration’s previous statements on its intention to rectify what it perceives as rising Chinese aggression in the wake of declining US dominance in the region. 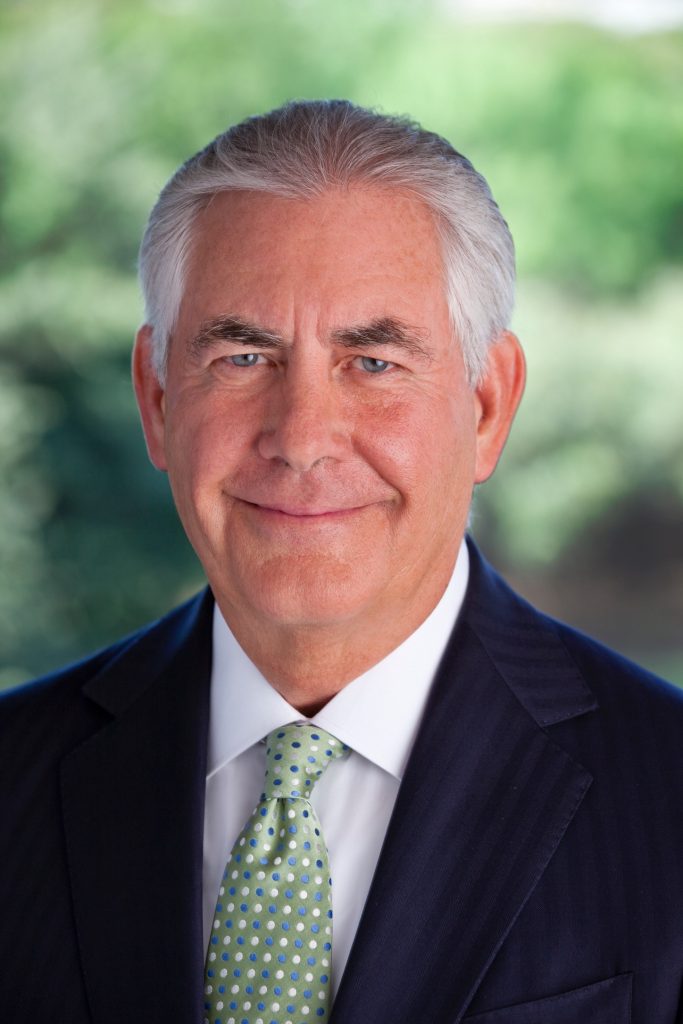 China, for its part, has made a series of unequivocal statements on what it considers its stance on the South China Sea, a stance which leaves no room for interpretation. In an English interview with NBC merely two days after the Trump inauguration, Chinese foreign ministry spokesman Lu Kang drew a firm line in the sand regarding the approach China would take towards what it perceived as interference with its claims in the South China Sea on the part of the United States. While Lu Kang made overtures towards the notion of improving the relationship between the two nations, he let it be known that China does not consider the South China Sea to be international waters, and would resist any attempt by the United States to intervene in the territorial disputes amongst the claimant Asian nations.

China has, over the course of the last few decades, leveraged the international media’s narrative of its ascent as a deterrent to this sort of counteraction against its expansionary policies. China has capitalized on the oft-repeated narrative that is has the world’s largest population, the largest number of soldiers, and second largest economy in order to convince other nations of its indomitability. However, these numbers mask fundamental structural imbalances. While China has the world’s second-largest economy, it also has the most mouths to feed as well as a slowing growth rate. Although it may have the largest military in terms of manpower, it lags far behind other countries in terms of hardware and fighting capacity. China’s first indigenous aircraft carrier Shandong, and only second aircraft carrier overall, was only announced to have begun taking shape January of this year.

China, however, recognizes its naval imbalance vis-a-vis the United States, and has subsequently founded its defense policy in the disputed waters of the South China Sea on an Anti-Access/Area Denial (A2/AD) strategy which leverages its strengths in an asymmetrical manner in order to counter the naval superiority of the United States in terms of absolute firepower. Most notably, this strategy relies heavily on the use of anti-aircraft missile such as the DF-21D in order to deny American aircraft carriers access to the waters of the South China Sea, a strategy meant to effectively neutralize the traditional naval power of the United States and render the US navy unable to bring its full fighting capacity to bear in the event of a conflict.

To this effect, the massive artificial island construction endeavor that the Chinese government has been undertaking over the course of the pass decade has been with the intent to militarize the waters and protect what it sees as its rightful claim over the maritime area. Though other countries in the region, including Taiwan, have undertaken similar land reclamation projects to secure their claims in the South China Sea, all of these pale in comparison to the unprecedented artificial island construction project which China has been undertaking since 2014. Over the course of this unprecedented project, China has reclaimed over 3,000 acres centered around the seven reefs it controls in the Spratly Islands, which have been equipped with runways and comprehensive weapons systems which include anti-aircraft guns. As a result, the islands have been referred to as China’s “unsinkable aircraft carriers”, a term which, notably, has often also been used in reference to US support of Taiwan.

Of course, as with most of the territorial disputes in which China is currently engaged in the Asia Pacific, there is a strong element of nationalism to the discourse surrounding its claims, as can be evidenced by propaganda that China has put out referencing the voyages of ancient Chinese captains as proof of its historical claim over the area. The Chinese view of nationalism is far different from the definition of nationalism as imagined by an international system founded primarily on Euro-American centric ideas of sovereignty, and it is not at all inconsistent with the PRC’s past viewpoints to invoke centuries old exploratory voyages to justify modern day territorial claims. Indeed, the PRC uses similar reasoning to justify its claim over Taiwan, despite Taiwan having never been a part of PRC territory at any point in its history.

However, nationalism may not be the only factor at play in China’s vehement assertion that the South China Sea is an integral part of its national territory.  Both sides, China and the US, have reiterated the idea of “denying access” to the area, which should prompt a closer look at what access to the region entails. The South China Sea is one of the world’s busiest shipping regions, with over $5 trillion worth of cargo passing through the seas annually, a total which includes more than 25 percent of oil shipments and 50 percent of all natural gas transits each day. The region is also rich in hydrocarbons and oil and natural gas resources, particularly in the region surrounding Hainan off the coast of China, which lies well behind the fortified archipelago China has built in the Spratly Islands. Additionally, there are approximately 11 billion barrels of oil reserves and 190 trillion cubic feet of natural gas reserves in the South China Sea, according to US Energy Information Administration estimates. 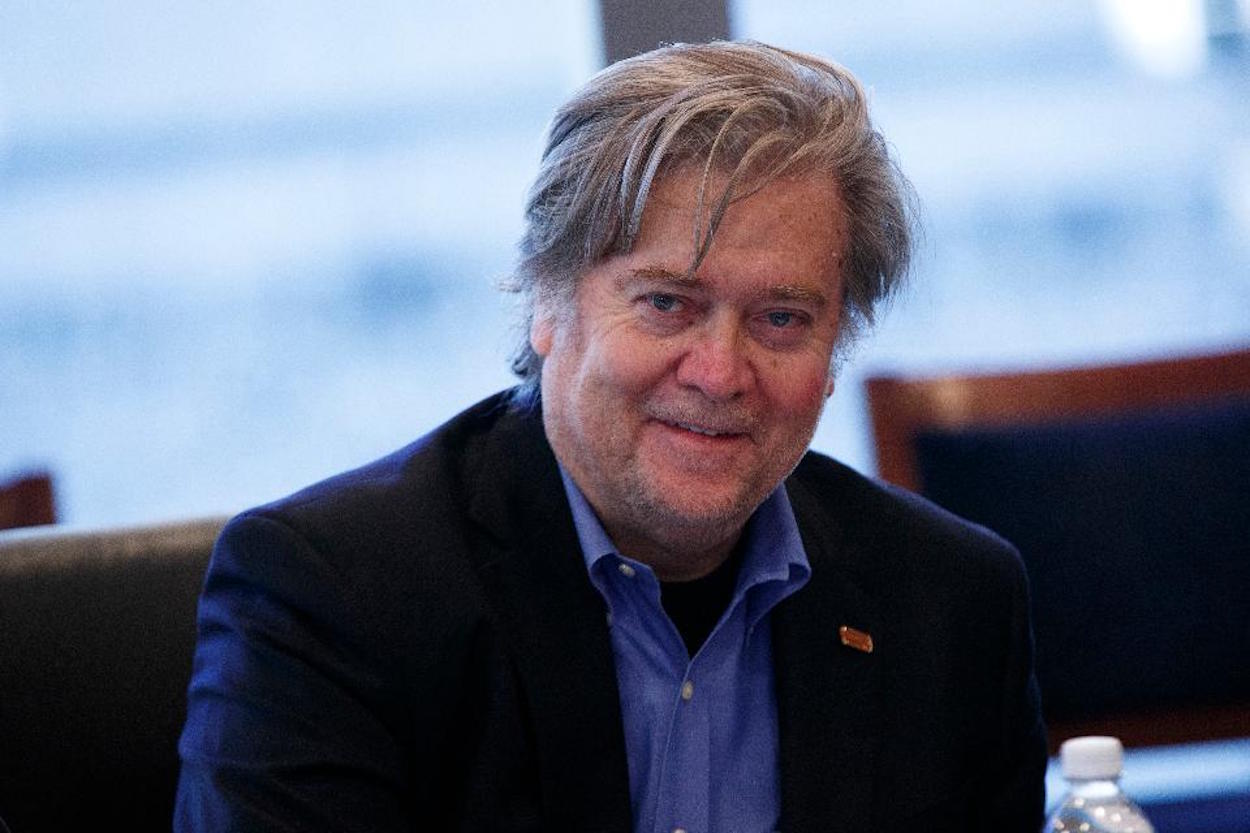 Thus, it is telling as to why Bannon and the Trump administration have singled out the islands of the South China Sea as the flashpoint for the heralded US-China war, and not the territorial dispute over Taiwan which, given the longer historical context, may at first have seemed a much more likely catalyst to conflict. In light of the resource abundance and the amount of trade that passes through the South China Sea, it may, in the strategic calculus of the Trump administration, be of higher practical significance. Though Trump and his administration came out swinging in support of the US-Taiwan relationship prior to assuming office, the Trump administration may now be trying to de-emphasize this issue in favor of the South China Sea issue, which it may see as a more pressing economic and geo-strategic concern, as opposed to Taiwan, which it may see as more of an issue of application of principle. In the same hearing in which he affirmed the United States’ intention to deny China access to its artificial islands, Tillerson asserted that the US had no intention of changing its stance on the “One China Policy” to his knowledge.  This is not to say that the Trump administration will not revisit the Taiwan issue at a future date, but only, it seems, when they deem reopening the question to be of most strategic value to the US in its competition with China.

However, regardless of which flashpoint eventually becomes the nexus for conflict, the United States and China seem to be on a set on a decidedly antagonistic path towards one another, triggered by anxiety over both China’s purported rise and the US’s purported decline. Though pre-election sentiment in China may have pegged Hillary Clinton as the more hawkish candidate in regards to the application of US military power in the Asia Pacific, the policy decisions of the nascent Trump administration point to the idea that it intends to challenge China militarily as well as economically. China, though perhaps not expecting such a conflict to occur this soon, has nevertheless been preparing for such a showdown with the United States navy through its ambitious island building strategy focused on defending what it considers its integral territory and core interests.

While the Obama administration’s policy towards the Asia Pacific focused more on regional integration and diplomacy, the Trump administration seems to feel that this has allowed China too long of a window to prepare its military defenses in the region, and seems poised to force China’s hand before its position in the South China Sea becomes unassailable in practical terms. Dominance of the trade and resources of the South China Sea is a critical part of China’s plan for regional dominance, and though a US-China conflict over the waters could be extremely disruptive both regionally and internationally, rhetoric on both sides seems to be pushing towards such a conflict becoming an eventuality.