Seeds: Interfaith Action In Support Of The Muslim Community

ON JANUARY 27TH, the New York Immigration Coalition, the Islamic Leadership Council of Greater NY, and the Inter-Faith Clergy of New York City organized an interfaith action and Junmmah, a weekly Muslim congregational prayer, for Muslim and immigrant communities. This was in anticipation of Trump’s executive orders to ban Muslims from Sudan, Syria, Yemen, Iran, Iraq, Libya, and Somalia from entering the United States and the suspension of refugee entry.

Shortly after the rally, Trump’s executive orders were formally issued, and the next day, on the 28th, federal courts granted a temporary stay of the order. Since then, many immigrants and refugees have been stranded at airports, and there have been demonstrations in airports around the country. As of writing, mass demonstrations have been held in airports in New York, Philadelphia, DC, Seattle, San Francisco, and other cities. 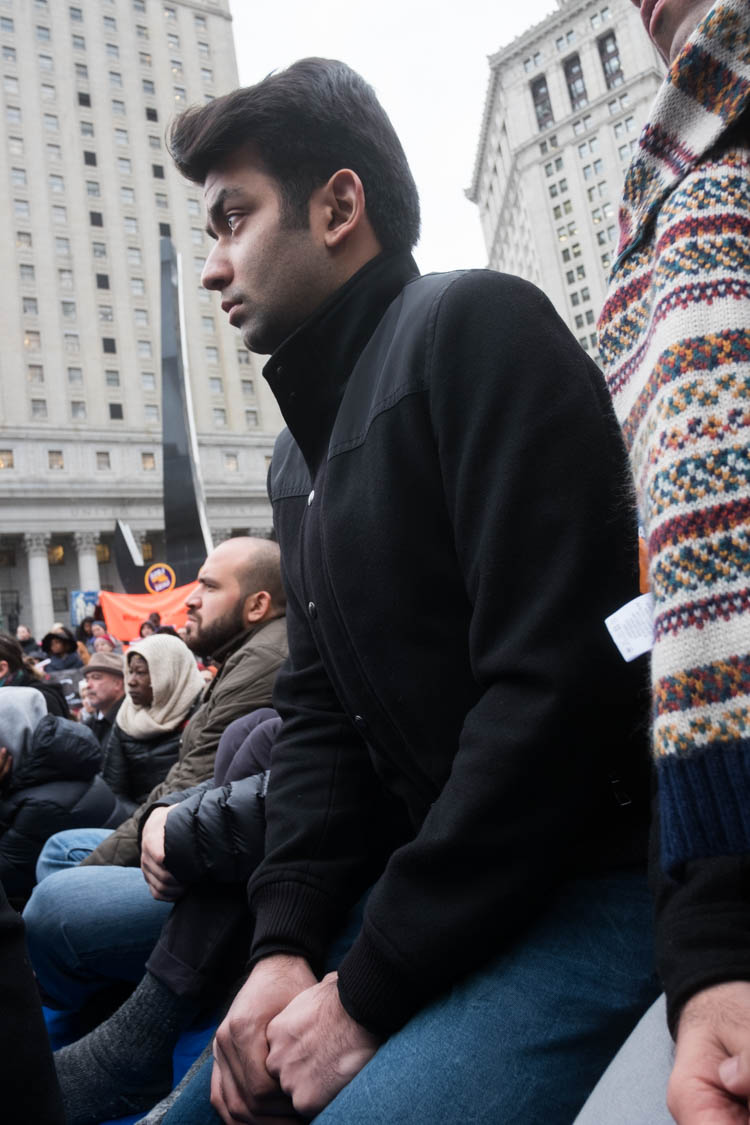 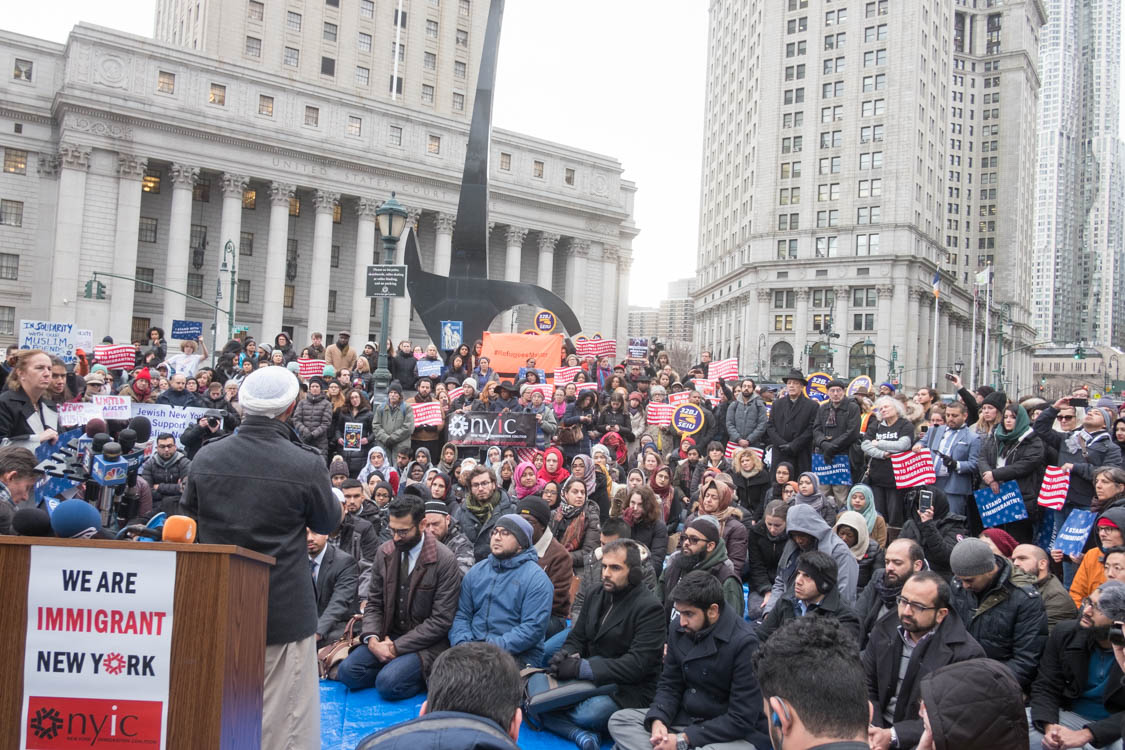 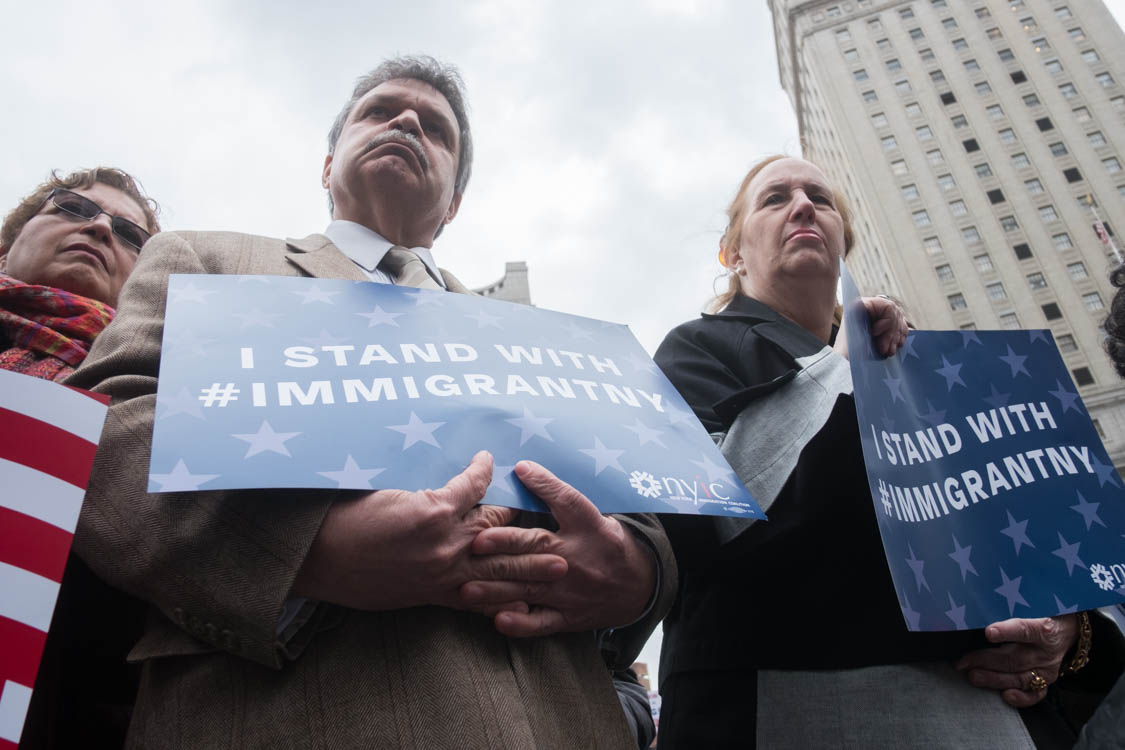 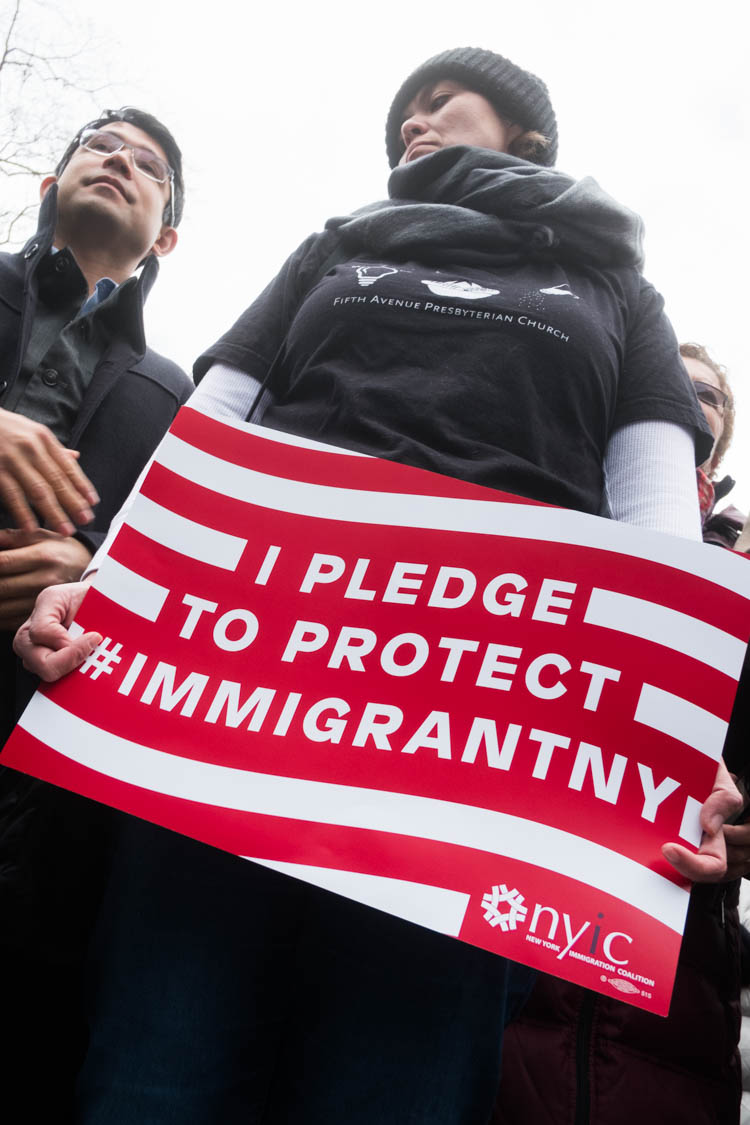 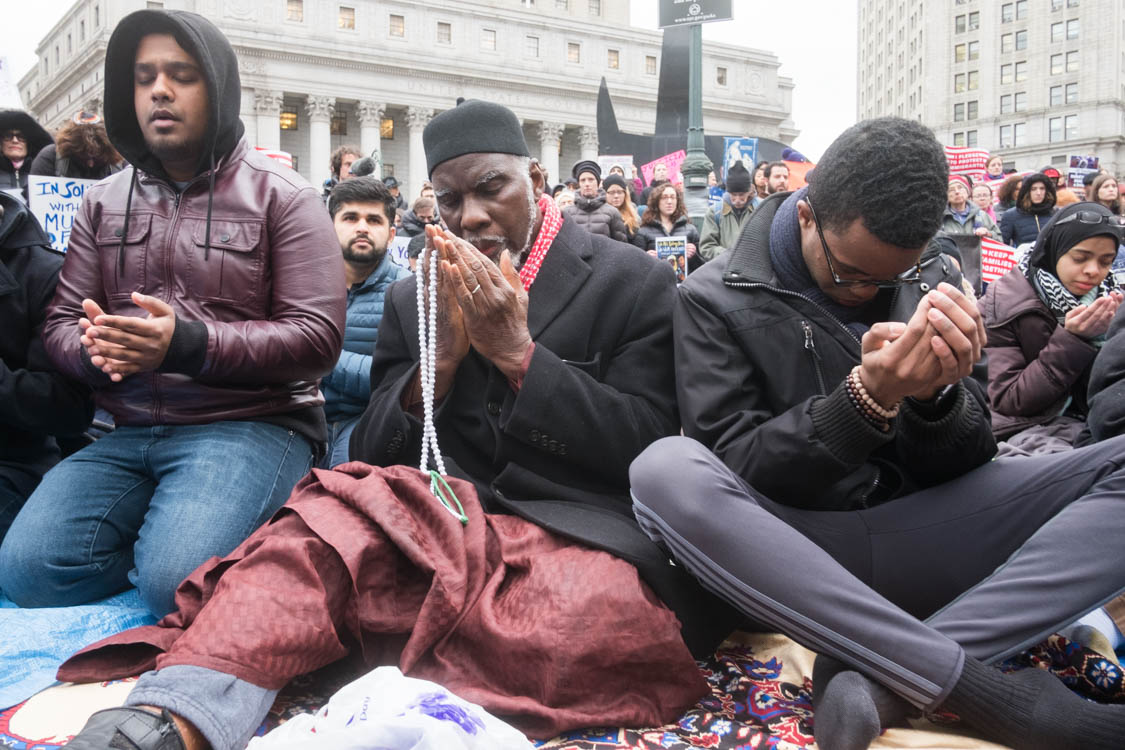 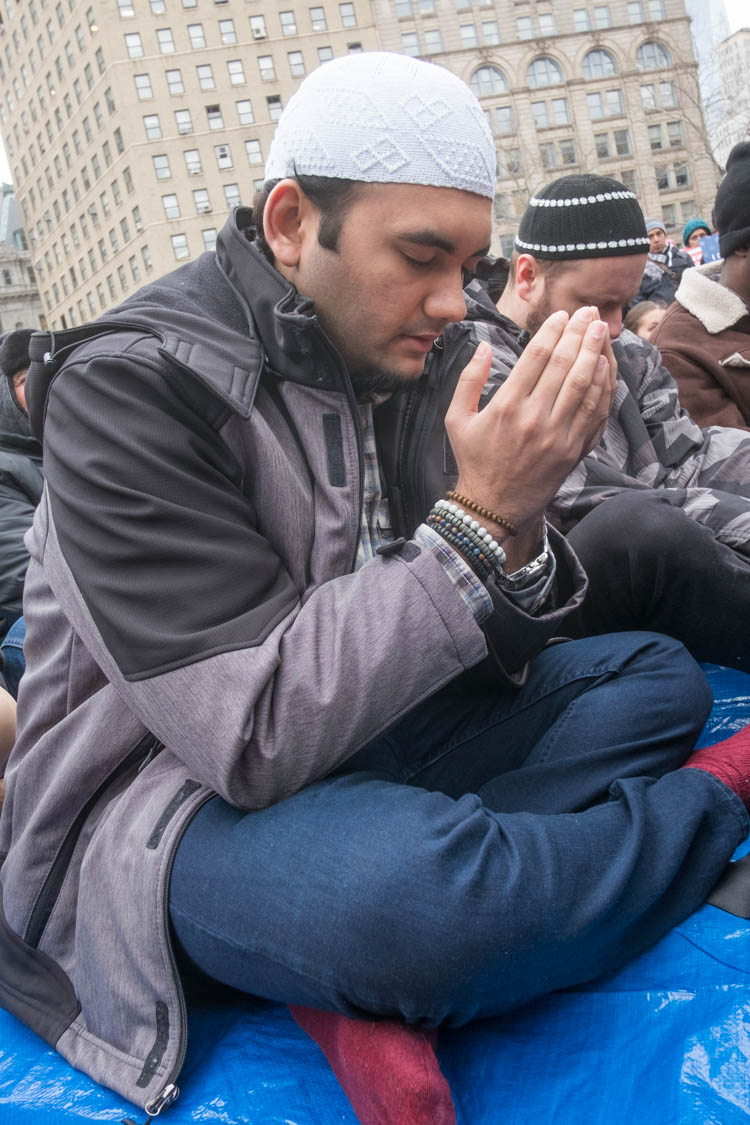 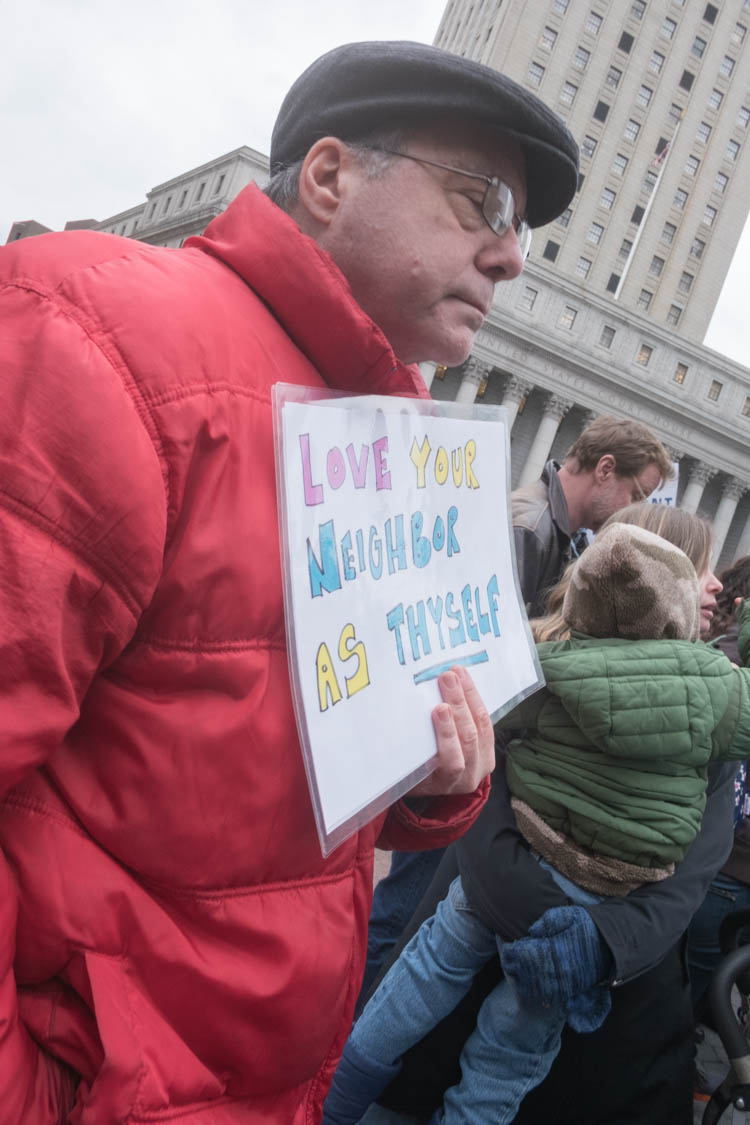 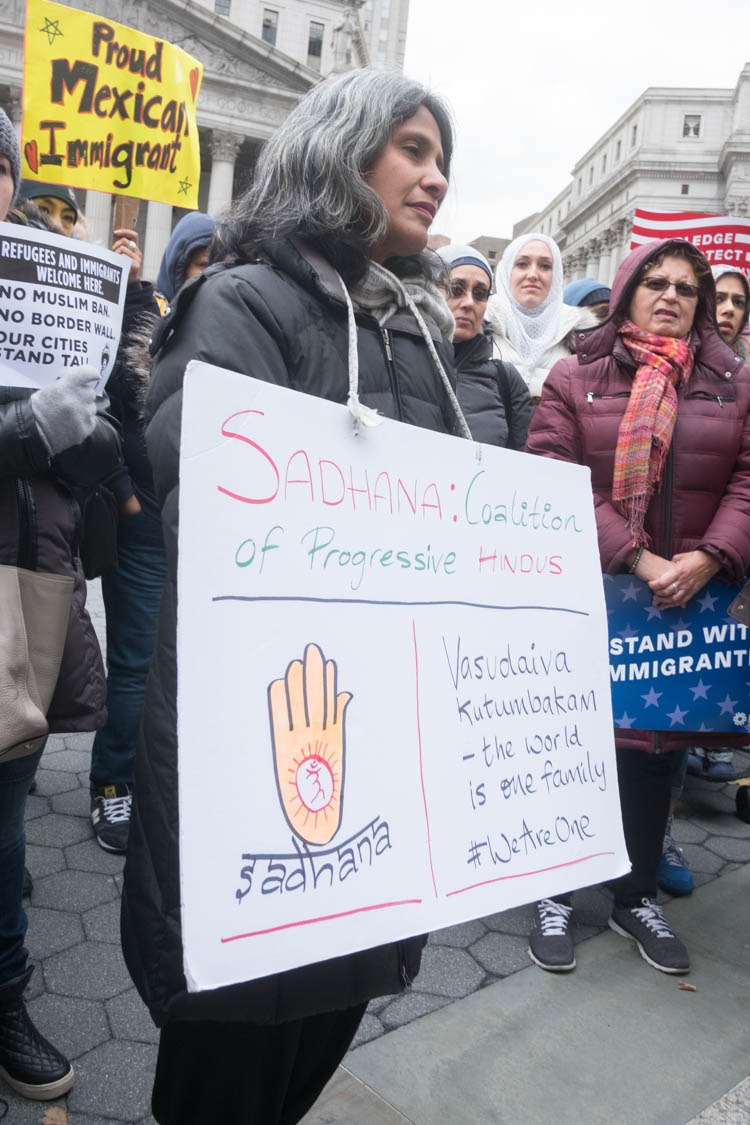 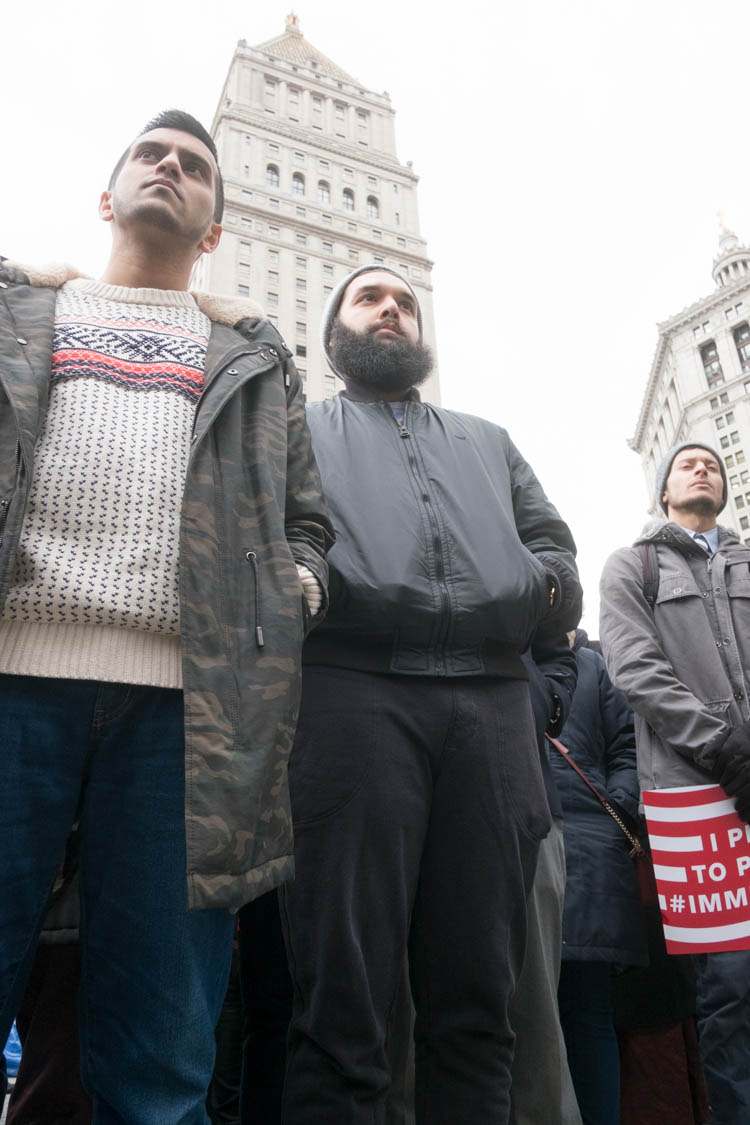 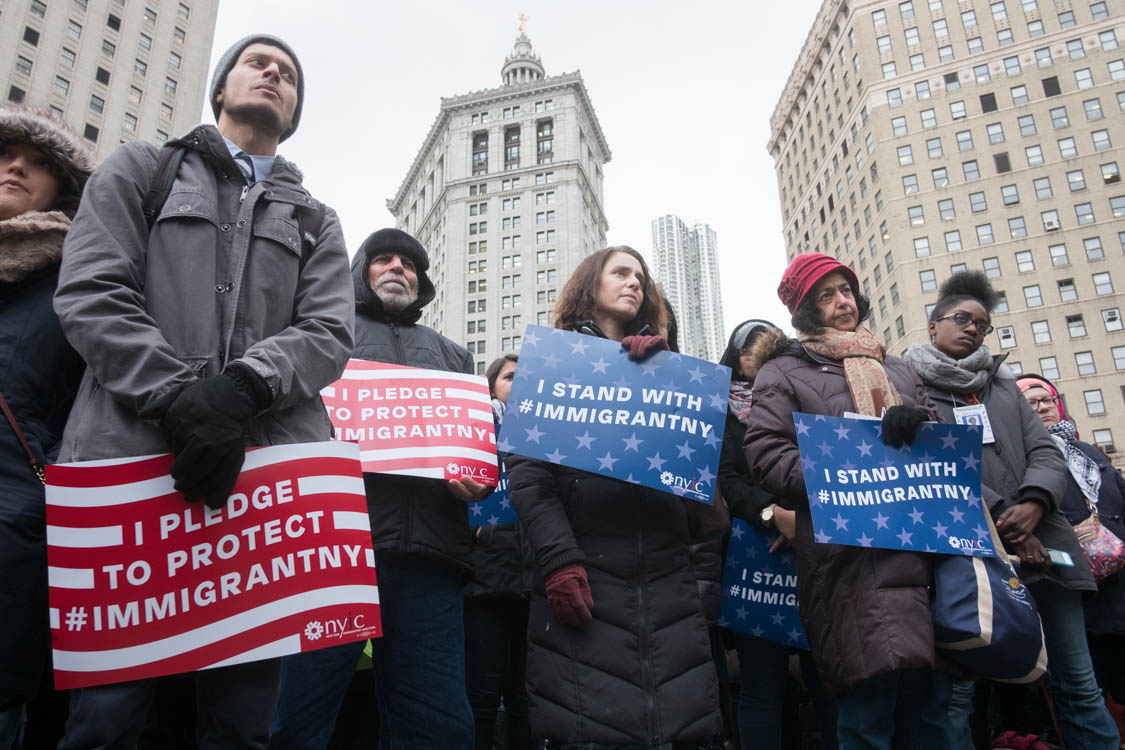 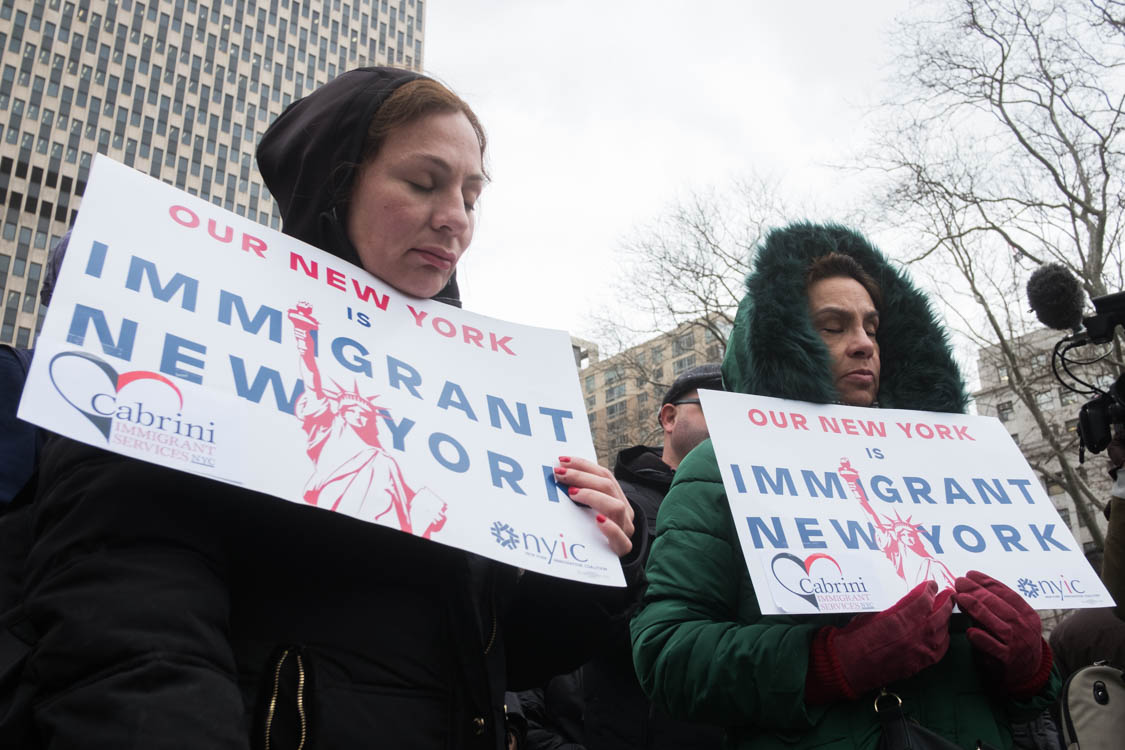 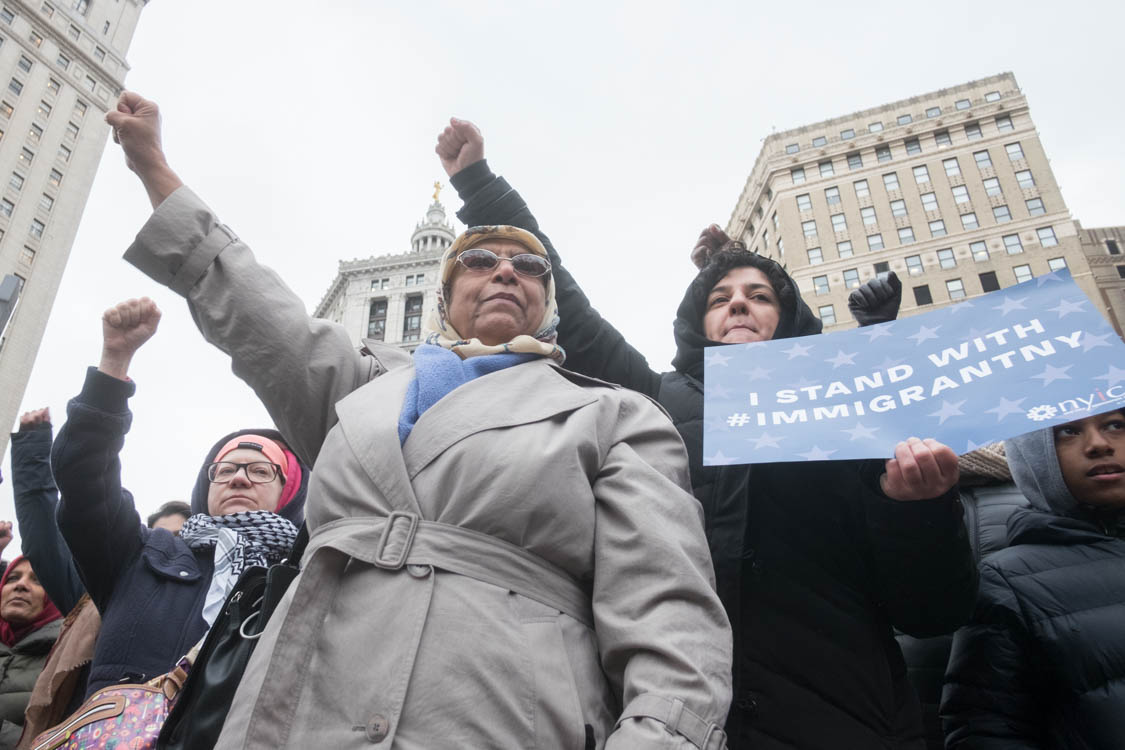 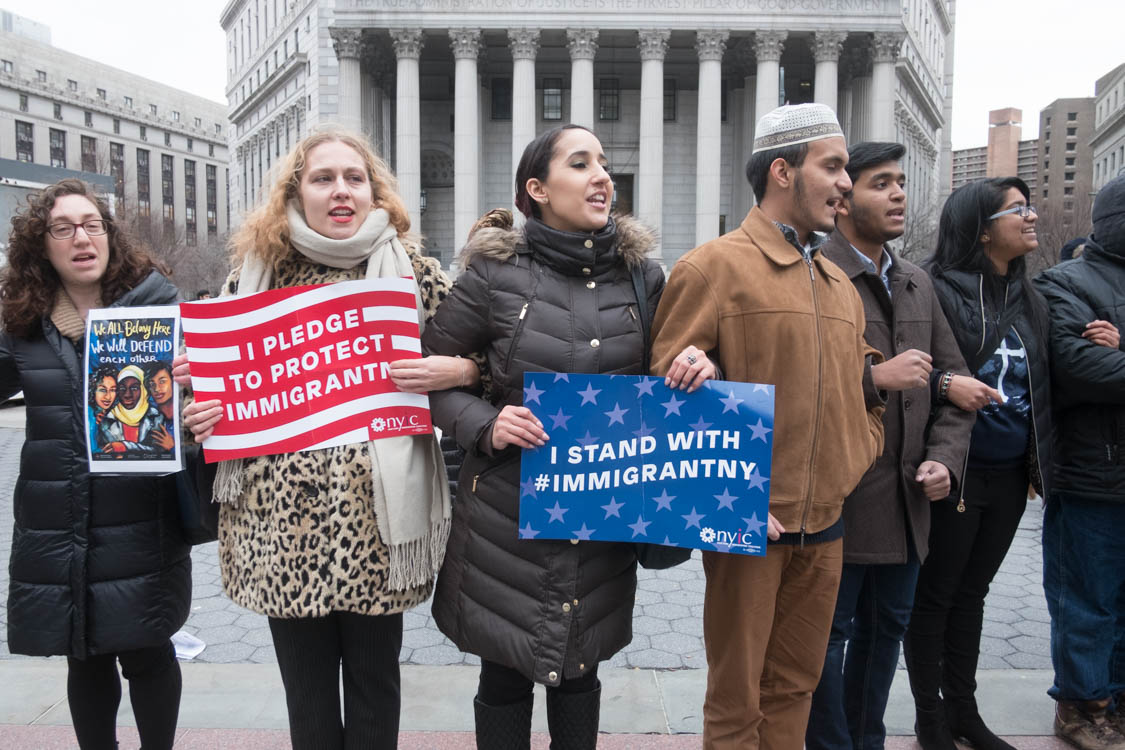 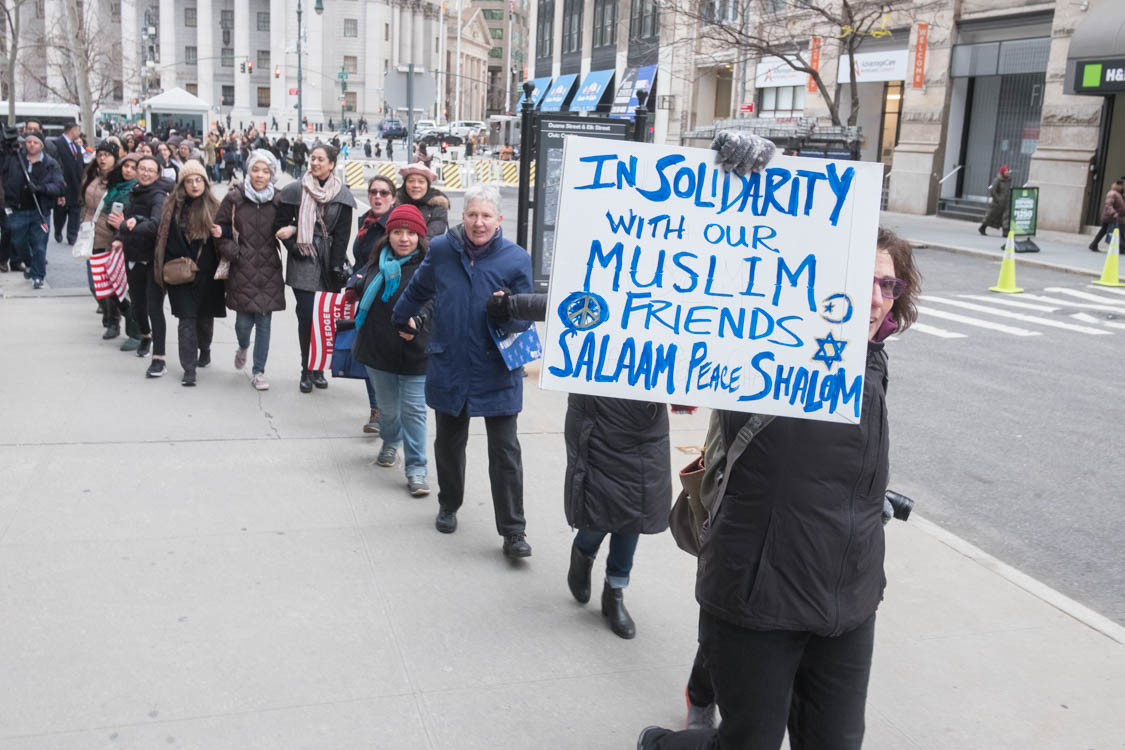 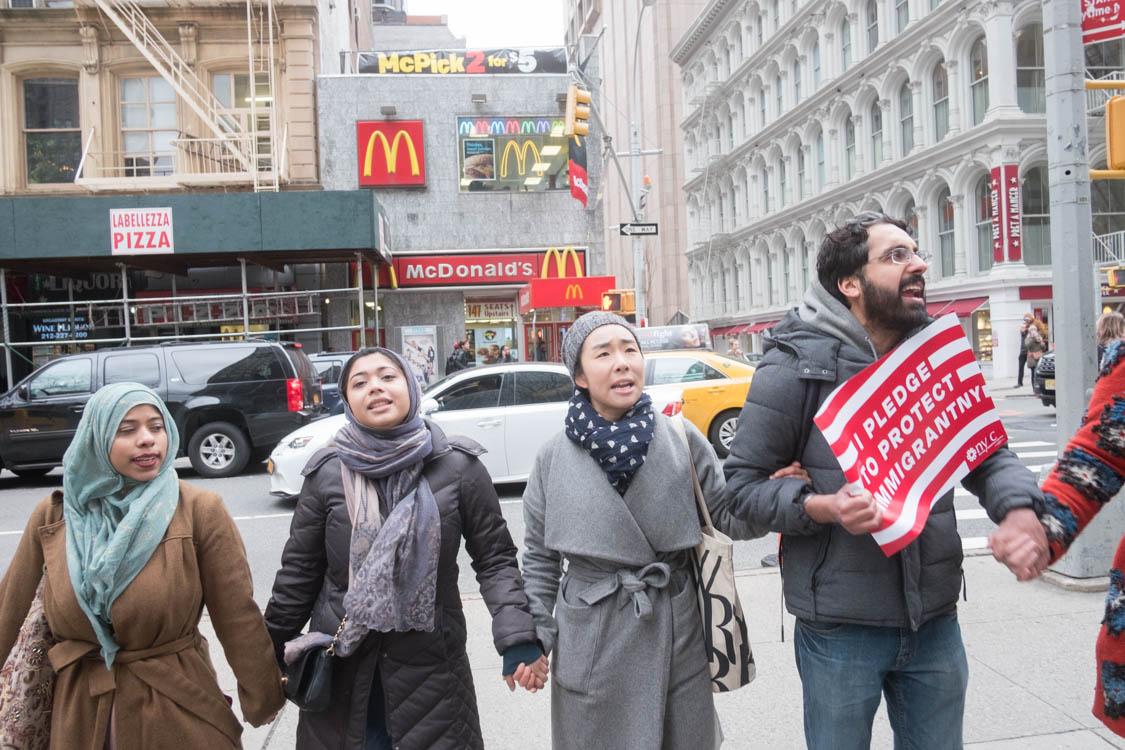 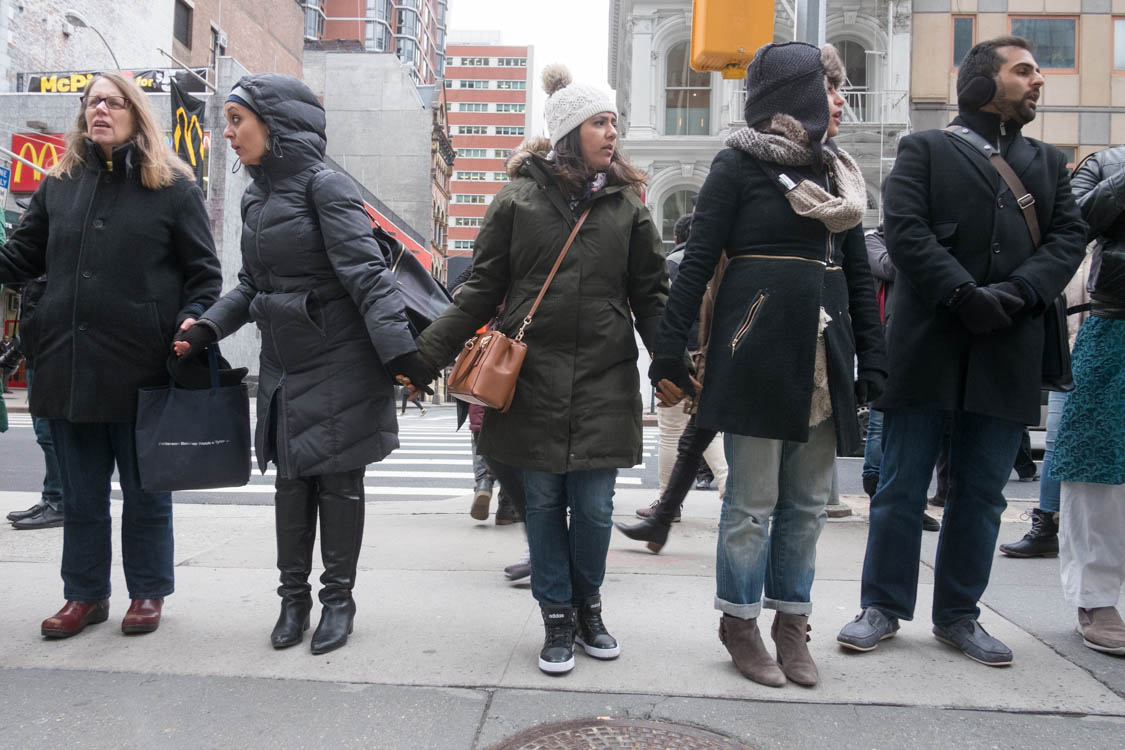 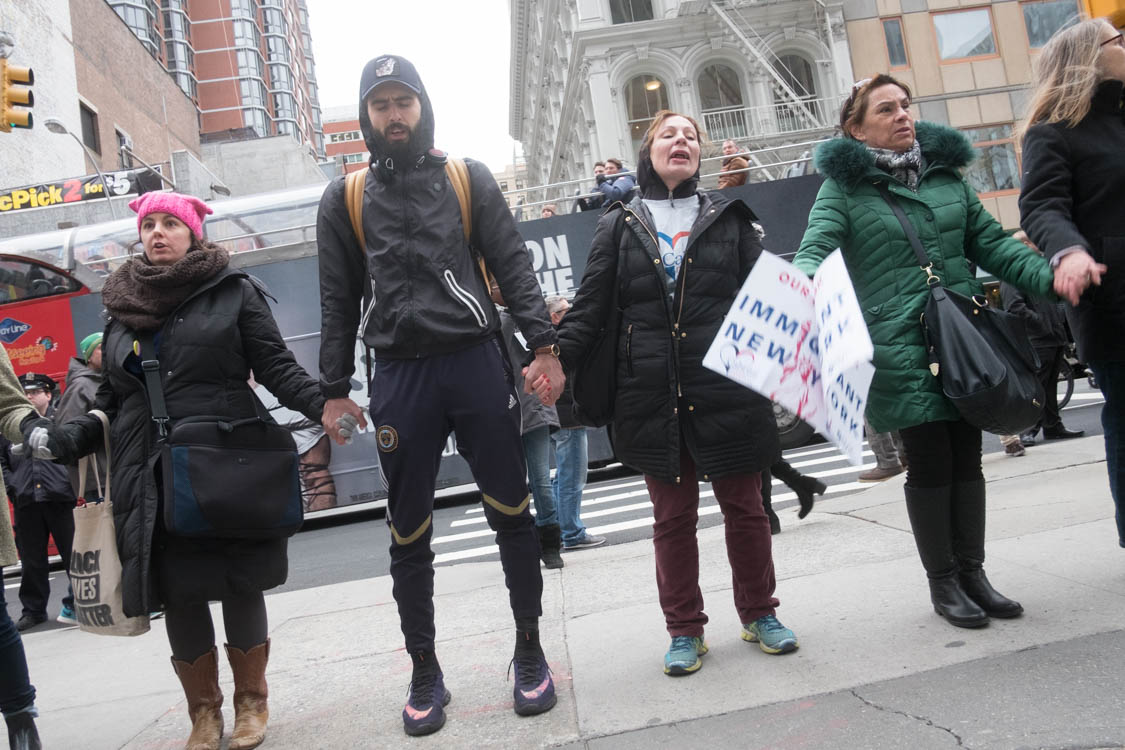 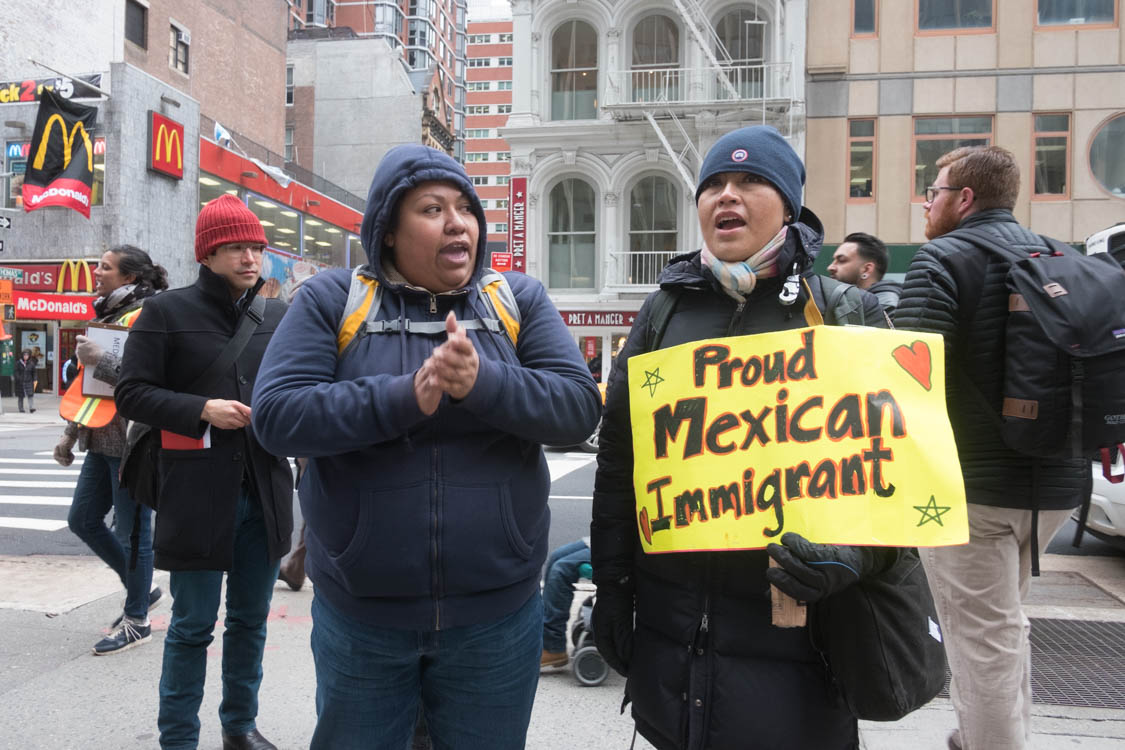 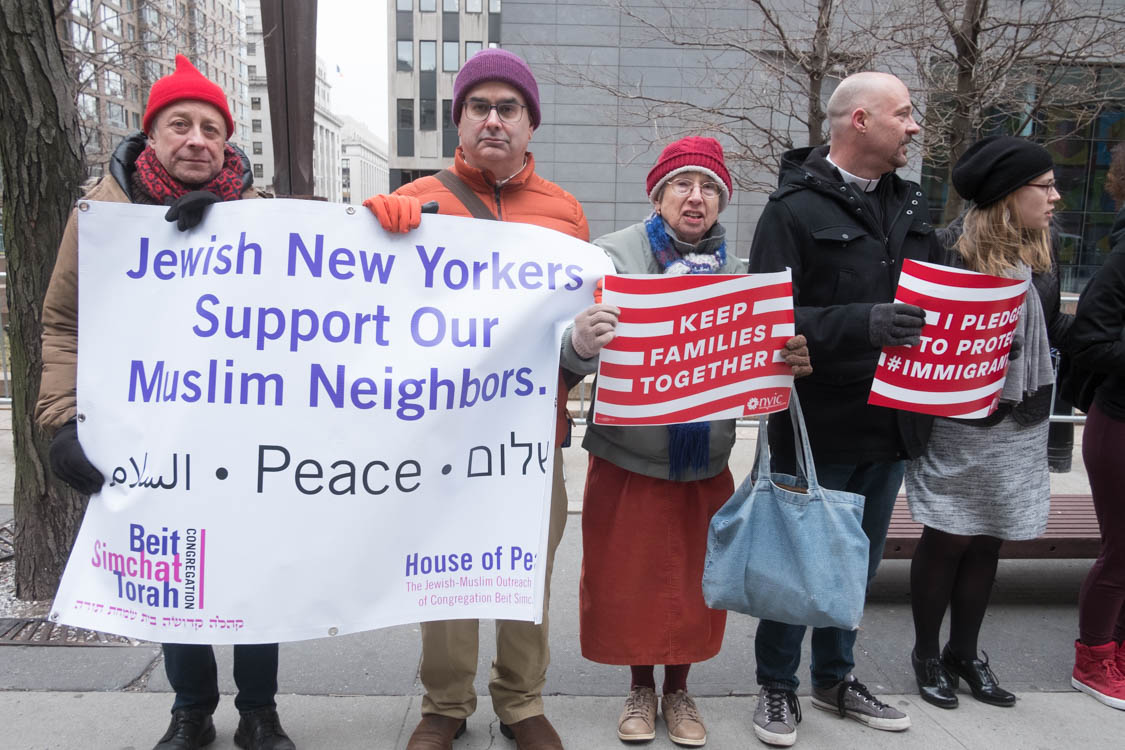 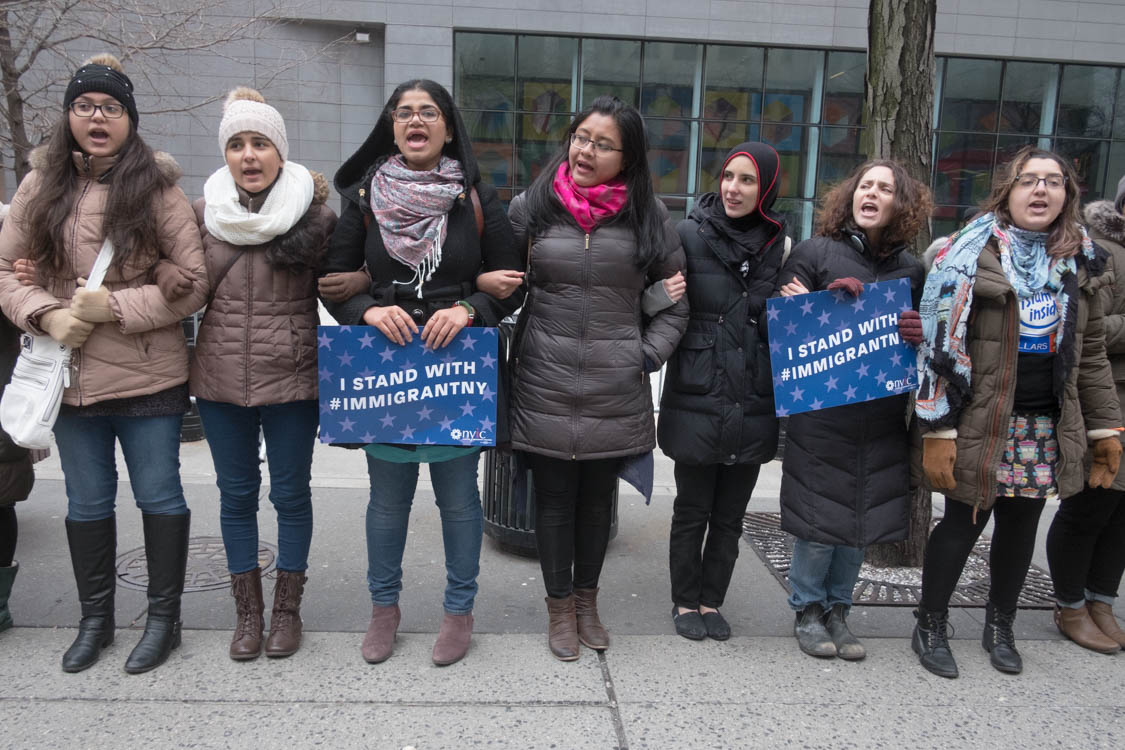 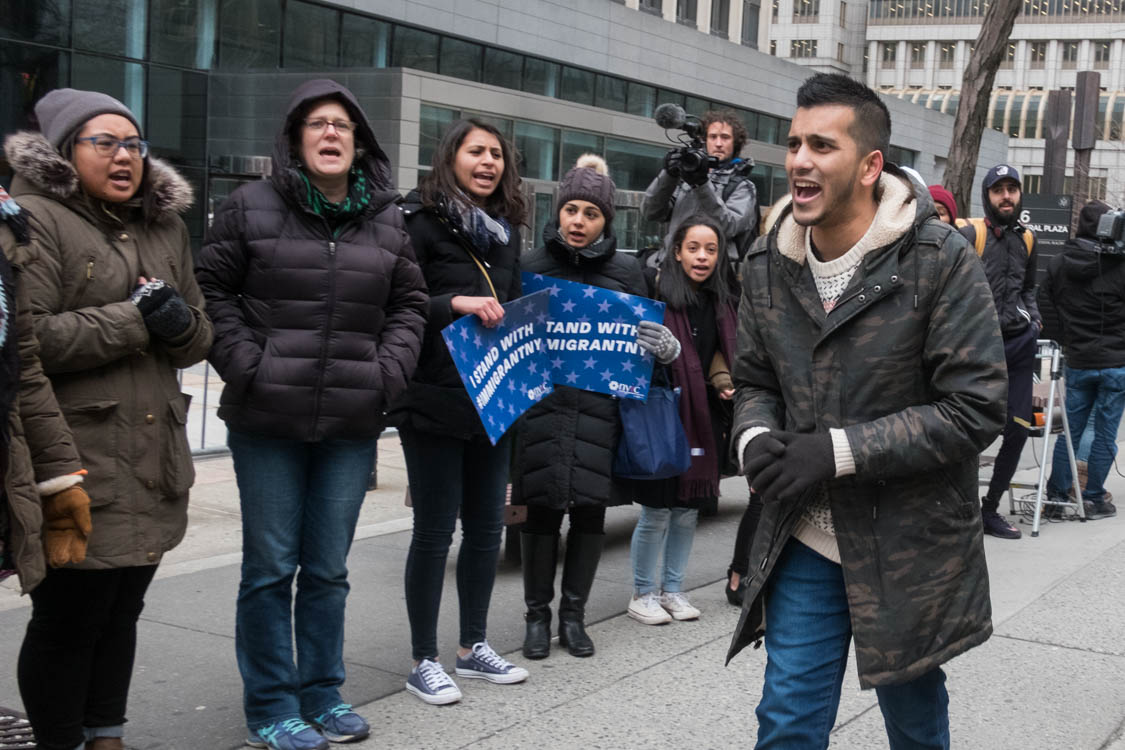