THE SAGA OF Singaporean free speech advocate and political dissident Amos Yee seems to have taken a strange turn with a bid for asylum in America last month. Yee, a YouTube celebrity and blogger, rose to international attention in 2015 after a video in which he criticized recently deceased Lee Kuan Yew, the first prime minister of Singapore and commonly seen as the city-state’s founding father. As the cult of personality which existed around Lee during his rule of Singapore persists today as part of Singaporean nationalism, this rapidly catapulted Yee to the public eye. Yee is currently eighteen years old.

Yee followed up this controversy with videos criticizing religions such as Christianity and Islam. These provoked outrage in Singapore, leading to charges against Yee for obscenity and derogatory language towards Christianity, and attempts to incarcerate Yee on purported mental health grounds. Yee’s sentencing and stints in jail have been criticized internationally for violating his rights to freedom of expression, but are not surprising given that Singapore is, of course, hardly a haven for free speech. Lee Kuan Yew himself made it a practice to silence dissidents through lawsuits, and political freedoms in Singapore remain limited.

Yee’s actions, however, have sometimes been alienating of those who would otherwise be supportive, with some taking the view that Yee went too far in his attacks on organized religion. Yee’s actions have indeed sometimes come across as stunts for public attention, as attempts to provoke as much as possible rather than principled criticisms. This has not been helped by bizarre behavior on the part of Yee that seemed aimed at drawing media attention, such as eating a banana on camera while walking to court, or proclaiming insistently that he considered himself an “artist“. Yee’s asylum bid would also not be the first time Yee has fled Singapore, having previously gone missing for several months last year. 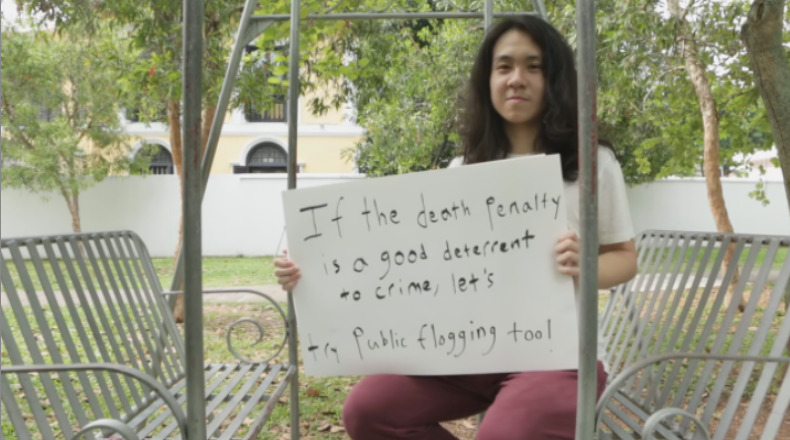 Shortly before his US asylum bid, Yee attempted to walk back his past criticisms of religion, claiming that they were in bad taste and distasteful, and stating that he had recently been converted to feminism and “anarchistic communism,” with the aim of ending private property. This may be more evidence of either rapid shifts in view by Yee or of a genuine conversion to the Left, although it bears pointing out that much of the international Left has not paid much attention to the matter, Singapore being off the radar for many.

We would do well to remember that much of the debate provoked by Yee returns to the fact that there remain limitations on free speech in Singapore and sections of of the population view limits on free. Yee’s actions may sometimes strike as juvenile and he may not be the most untainted advocate of free speech in Singapore, but the conservatism of elements of Singaporean society and the continued authoritarian nature of its government is clear in how it has treated the matter.

Yee’s fate presently remains up in the air. While his application for asylum is being processed, Yee is currently not treated too differently from a prisoner in the American jail system, processing for American asylum treating asylum seekers more or less as prisoners before their applications are either approved or rejected. Likewise, the asylum application process is long, and so it remains to be seen how much longer Yee will be suspended in legal limbo. Yee appears to currently have limited ability to communicate with the public. As a result of being in the US, Yee has also been separated from his parents, who were aware of his asylum bid. 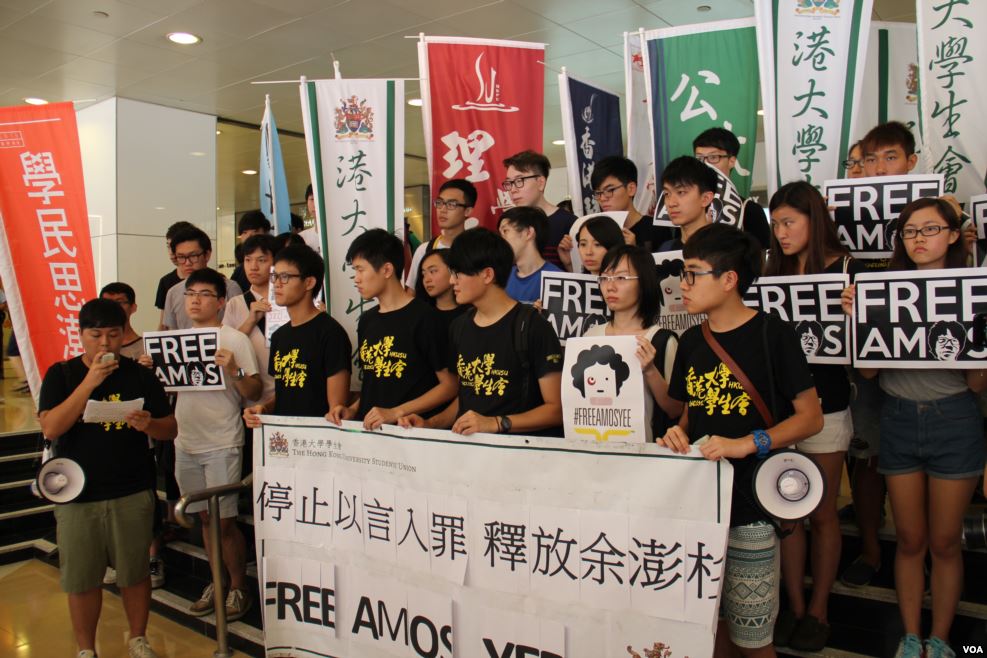 Students in Hong Kong demonstrating in support of Yee in 2015. Photo credit: VOA

It is still in question as to whether America will approve or deny Yee’s application. Yee currently faces jail time in Singapore and may face continued harassment from members of the public if he continues to live there. At the same time, the US may not be willing to alienate its ally Singapore by accepting Yee as an asylum seeker, given the delicate balancing act Singapore is currently playing between China and the US, as an Asia Pacific country caught between the two superpowers which is wary of both. Or, perhaps Singapore will be happy to have Yee off their hands.

The fact that there has not been greater attention to Yee’s current situation may come from the fact that Yee expended much of his political capital through previous stunts. As with many political dissidents who become forgotten by the world after a period in the limelight, international media may have simply failed to pay attention to his continued plight after a period of some interest. We will see, then, as to what becomes of Amos Yee in the future, but it remains for further people to be made aware of his current situation.