TSAI’S RECENT VISIT to Taiwan’s Central American allies highlight the difficulties of Taiwan in maintaining relations with its few remaining diplomatic allies abroad. Tsai visited Honduras, Nicaragua, Guatemala and El Salvador during her nine day trip, making two transit stopovers in the US in Texas and California during that time.

Taiwan’s relations with such countries originate in that Taiwan’s diplomatic strategy under past administrations was conducted under the mantle of “dollar diplomacy”. Diplomatic allies, often with questionable human rights records, were more or less paid off to main relations with Taiwan rather than China. This led to diplomatic allies attempting to play Taiwan and China against each other in order to extract the most resources from both, as well as situations in which the ROC abetted authoritarian regimes. Nevertheless, it should be obvious to all now that Taiwan can no longer compete with China in terms of financial resources, seeing as the economies of the two countries were once more or less equal in size in earlier decades, but now China’s economy is massively larger than that of Taiwan’s. 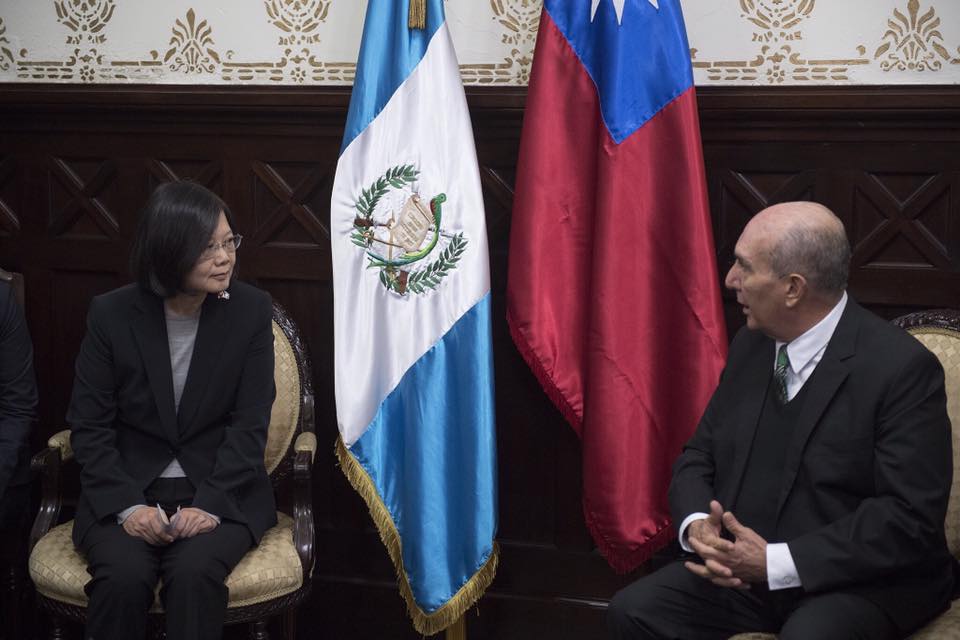 Although some have speculated that Tsai’s trip was taken out of fear of failing ties between Tsai and Central American countries as well as the possibility of these countries breaking ties with Taiwan in the near future, it was probably expected that Tsai would have to take such a trip at some point early on in her administration in order to maintain the current diplomatic ties of the ROC. Taiwan currently has 21 diplomatic allies which recognize the ROC, São Tomé and Príncipe having broken ties with Taiwan last month.

With regard to maintaining Taiwan’s diplomatic ties, Tsai had some successes during her trip. President Daniel Ortega of Nicaragua, for example, addressed Tsai as his “sister” from the “Republic of Taiwan.” A meeting between Ortega and Tsai caused a minor media controversy within Taiwan due to the fact that Taiwanese reporters were not informed of the meeting although Nicaraguan reporters were. Tsai also addressed the Guatemalan congress, met with Guatemalan president Jimmy Morales, Honduran President Juan Orlando Hernandez Alvarado, Honduran Cardinal Óscar Andrés Rodríguez Maradiaga, and El Salvadoran president President Salvador Sanchez Ceren, among other individuals.

At the end of the day, however, it remains that without efforts at fundamentally rectifying Taiwan’s lack of diplomatic recognition by the international community writ large, Taiwan remains in danger of losing its current diplomatic allies. As goes without saying, Chinese pressure on Taiwan continues. São Tomé and Príncipe breaking ties with Taiwan has been perceived by many as a Chinese move aimed at putting pressure on Taiwan due to Tsai’s non-acknowledgement of the 1992 Consensus, and a sign that China has resumed its tactic of poaching diplomatic allies of Taiwan through offering economic benefits to countries willing to break off relations with Taiwan. 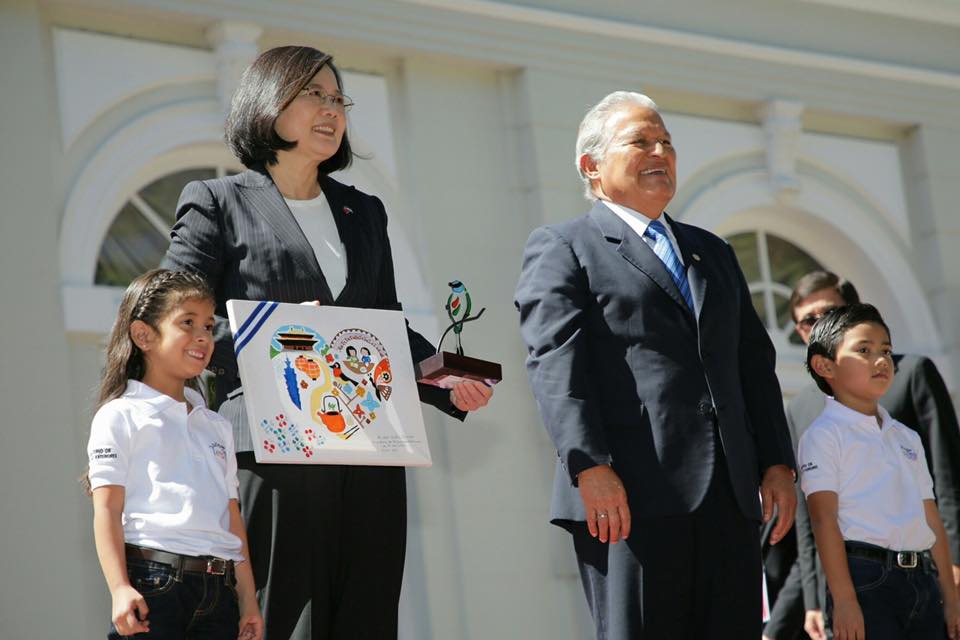 Likewise, during Tsai’s trip, Nigeria ordered that Taiwan’s current non-official trade office in Nigeria relocate to the port city of Lagos from the Nigerian capital of Abuja. Nigeria already did not have any diplomatic relations with Taiwan. While some take this as a political sleight of hand by China and Nigeria as a result, others perceive this as a sign that China will also begin attempting to encroach upon substantial non-official relations which Taiwan currently enjoys with other countries that otherwise do not acknowledge any official relationship with Taiwan. As Michal Thim has argued, however, it could also be that losing its few remaining diplomatic allies in fact only reinforces pro-independence sentiment in Taiwan.

Tsai’s trip also saw Chinese naval exercises in the Taiwan Straits with its sole aircraft carrier. Though this was more than likely political theater instead of anything resembling an actual threat to Taiwan, the timing of such exercises may have been to correspond with Tsai’s trip. Apart from the signal this was intended to send to the world, Taiwan’s response to China’s naval exercises was likely complicated by the fact that Tsai had brought Minister of Foreign Affairs David Lee along with her on her trip.

As with past Taiwanese presidents, meetings between Tsai and American government officials took place on stopovers in the US, including meetings with high-profile American politicians as Ted Cruz and others. Such meetings are not necessarily a sign of increased cooperation between America and Taiwan down the line after the high profile telephone call which took place between Tsai and American president-elect Donald Trump, but instead occur routinely. China criticized the US for allowing Tsai’s stopover nonetheless, having first called on the US to not allow Tsai to stopover, then lodging protest through formal complaints. 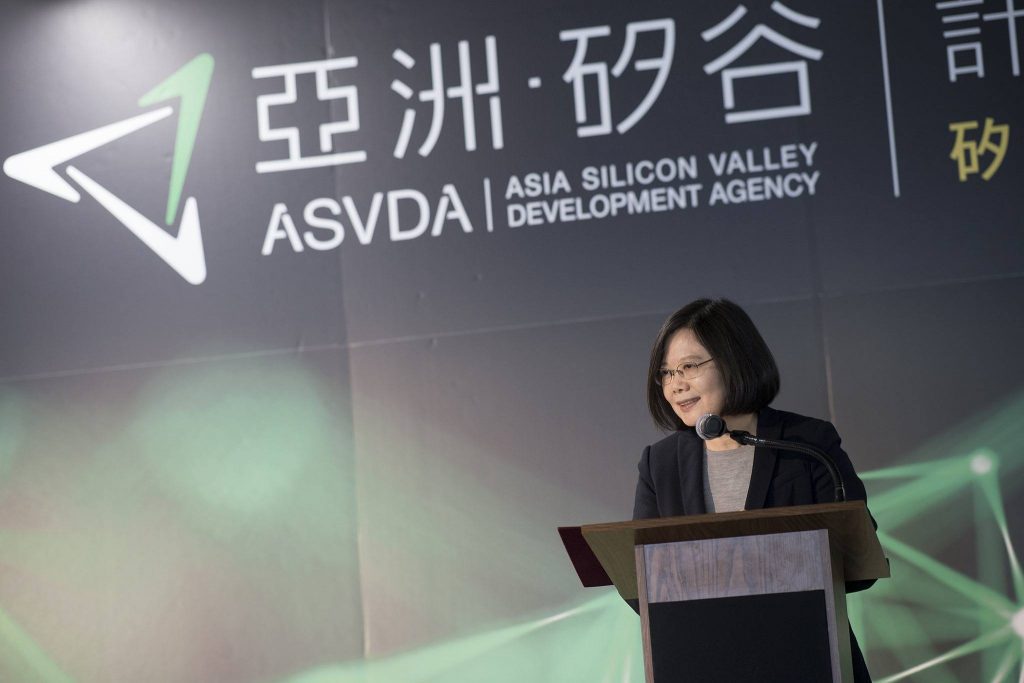 Tsai also used the occasion to meet with members of the overseas Taiwanese community, possibly including influential political donors, and visit Twitter HQ. As with her previous US trip during 2016 presidential election campaigning, which included a stopover to Facebook HQ, this is likely intended to front Taiwan’s efforts to become the “Asian Silicon Valley” under her administration. Indeed, the Tsai administration has been innovative in the usage of social media for political campaigning in Taiwan, although this has primarily been through Facebook, the dominant social media network in Taiwan.

Seeing as a significant part of the controversy about the Trump-Tsai phone call was because Trump referred to Tsai as the president of Taiwan in Tweets about the call, Tsai may now realize the importance of Twitter as a form of international outreach to the world. Having an English language Twitter account may be a way to shape the international narrative regarding Taiwan during controversies. Indeed, American president-elect Donald Trump has a noted proclivity to create international controversy through apparently off-the-cuff Tweets. 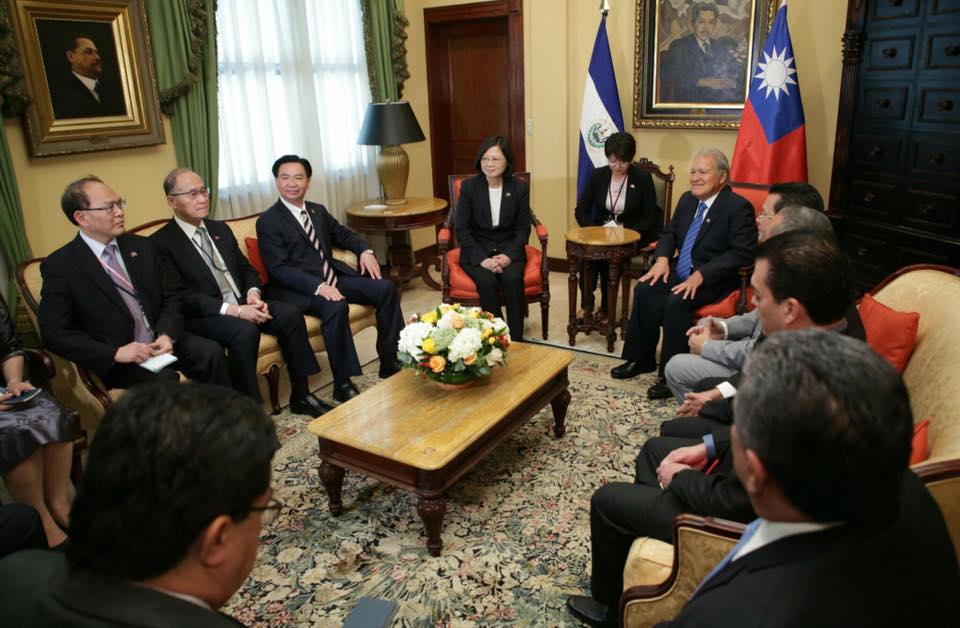 Past Tweets by Tsai on her old account were in Chinese, and her Tweets during her visit to Twitter HQ were her first Tweets in English. Other Taiwanese politicians on Twitter include Frank Hsieh of the DPP, currently Taiwan’s representative to Japan, and Taipei mayor Ko Wen-Je. Hsieh Tweets in a combination of Chinese and English and Ko almost exclusively in English. Despite that an English-speaking audience does not benefit Ko very much politically, Ko’s choice of language may be not surprising, given Ko’s past attempts to steer Taiwanese foreign policy for Taiwan, despite just being a city mayor. The DPP also has an official account which mostly Tweets in Chinese, as well as an account for its international section which Tweets mostly in English and an account for its US office which Tweets almost exclusively in English.

Tsai has followed up with several other English language Tweets. Nevertheless, it remains to be seen if Tsai will keep up her Twitter account. Sometimes the Tsai administration does not always realize the importance of international outreach. This can be observed with reductions to the DPP’s international section after her presidential election victory, as well as the closing of the English section of Thinking Taiwan. Both were surprising, seeing one would have actually expected expansions in both after her presidential victory, as important platforms for Tsai to communicate with the international world. Indeed, after Tsai’s Tweet, Ko Wen-Je’s account seemed to make some attempts to prod Tsai to continue to Tweet in English, commenting in another Tweet that he was hoping was to make “Taipei visible to the world” through English-language Tweets.

Overall, what happens next after Tsai’s trip remains to be seen. Tsai has completed the first large-scale foreign policy endeavor of her administration. Chinese pressure is expected to continue. It may be that disproportionate resources may go to maintaining Taiwan’s current diplomatic allies when what is needed is to rethink Taiwan’s overall relation to the international community and find ways to normalize diplomatic relations between Taiwan and the international community writ large. Furthermore, Taiwan needs better ways of leveraging outreach to the international world, at a time in which much is up in the air regarding Taiwan’s relationships with the United States and other great powers.