Difficulties By China In Switching Tactics On Taiwan?

A RECENT INTERVIEW with former Association for Relations Across the Taiwan Strait (ARATS) vice president Wang Zaixi in the Global Times is illustrative of the contradictions that China must confront when dealing with what it views as the “Taiwan question.” The interview is surprising because of Wang’s assertion that the KMT is no longer a reliable partner for China in facilitating political unification between Taiwan and China. And so, according to Wang, China must rely on its own efforts in order to quell growing forces calling for Taiwanese independence, such attempting to shut off trade with China from “pro-independence” businesses.

Likewise, Wang states that under the Trump administration, his belief is that Trump will very likely use the Taiwan card against China, but that America has multiple justifications it can use to advocate a policy of containment against China. These include not only the “Taiwan question,” but contested South China Seas islands, Tibetan independence, Xinjiang independence, and the political persecution of the Falun Gong.

Namely, Chinese Taiwan experts and policymakers probably realize that China’s current Taiwan strategy is not working, as observed in the DPP sweeping to power in 2016 presidential and legislative elections and the KMT’s internal paralysis as a result of in-fighting. But China cannot back down from the heavy-handed line it has taken on Taiwan very easily.

For example, if it remains a pro-Taiwan party, the DPP is quite evidently no longer a party which advocates Taiwanese independence but rather one generally aims to maintain the present status quo between Taiwan and China. As Wang suggests, with the present political crisis of the KMT, the KMT is in fact no longer a reliable partner for China where Taiwan is concerned. The logical strategy for China would be to change gears and to try and co-opt elements of the DPP and pan-Green camp, seeing as many elements of the DPP are motivated more by political interest than any interest in defending Taiwan’s sovereignty. At this point, it is the rational political choice to join the DPP rather than KMT for those seeking to enter into politics, given the weakness of the KMT. 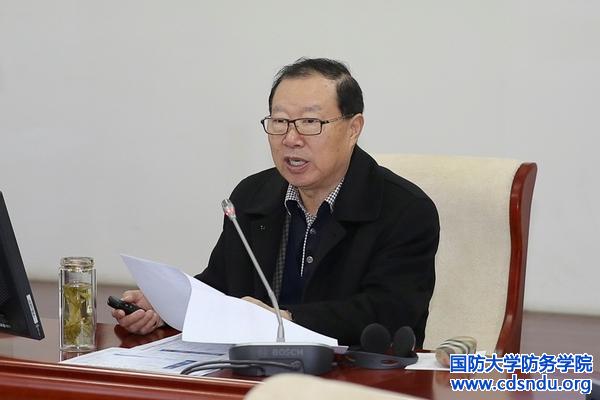 However, China has banked too much of its credibility in claiming that the DPP is unambiguously a pro-independence force to easily switch tack where the DPP is concerned. Likewise, because of its limitations on free speech, China has stifled internal debate regarding the Taiwan question. Even if individuals such as Wang who are experts in Taiwan wish to call for a change of tactics, realizing that China’s present tactics are not working, they have to do so while still sticking to the official claims that Taiwanese independence is inevitably doomed to fail—even if what they are actually saying is that Taiwanese independence is becoming a possibility which China increasingly has to contend with.

In general, with dealing with what it considers the problem of “Taiwanese separatism” China too often has attempted to claim that Taiwanese independence is foolhardy and an doomed to fail, while also claiming that it must be vehemently combated. This large contradiction in China’s claims is something which China has difficulty squaring and this prevents China from easily shiftings tactics or even having free discussion of what the best tactics to take regarding Taiwan are.

One may observe that large states dealing with multiple local contexts sometimes fail to heed the words of specialists in areas in which they are seeking to intervene. Namely, more general concerns take precedent and the concerns of area specialists are dismissed, because of the need to assert a broader ideological narrative by their higher-ups. We can observe this about the US in the Cold War, for example, in which China experts predicted the Sino-Soviet split, but this was disregarded by their superiors, who tended to view the Soviet Union and China monolithically as both being “Communist” countries.

Dissenting views generally tend to repressed in large, bureaucratic state apparatuses, whether that of America or China, a point which has been made many times by historians. Perhaps so, too, with Taiwan, and with China’s Taiwan experts, seeing as China has banked too much on its present ideological narrative in order to adjust to structural changes in the Taiwanese context.