IT IS FOOLISH to assume that Taiwan has a normal two-party political system, with the view that there is some teleological endpoint to the process of “democratization.” To be sure, martial law has ended, the authoritarian period is over, and free elections are now held in Taiwan. However, the KMT is not and does not behave like a “normal” political party.

Both the DPP and the KMT share the fact that they originate as “revolutionary parties.” That is to say, both are parties begun as political parties aimed at fulfilling an ideological goal, rather than political parties whose goal is to persist in perpetuity and continue to compete in elections for political seats so long as they exist. For example, the American Democratic and Republican Parties are not revolutionary parties, since their raisons d’être are not to fulfill some ideological goal, but merely to exist and compete in American electoral politics for perpetuity.

On the other hand, the DPP and KMT both began as parties aimed at fulfilling an ideological goal. For the DPP, this was realizing democracy in Taiwan and achieving the aim of Taiwanese independence. On the other hand, while the KMT began in China as a revolutionary party with the ideological aim of overthrowing the Qing dynasty, after it was defeated by the CCP and fled to Taiwan, its ideological aim shifted to retaking China, defeating the CCP, and restoring the Republic of China. Opposing the CCP is referred as fangong (反共) and restoring the Republic of China is referred to as guangfu (光復) within KMT ideology. 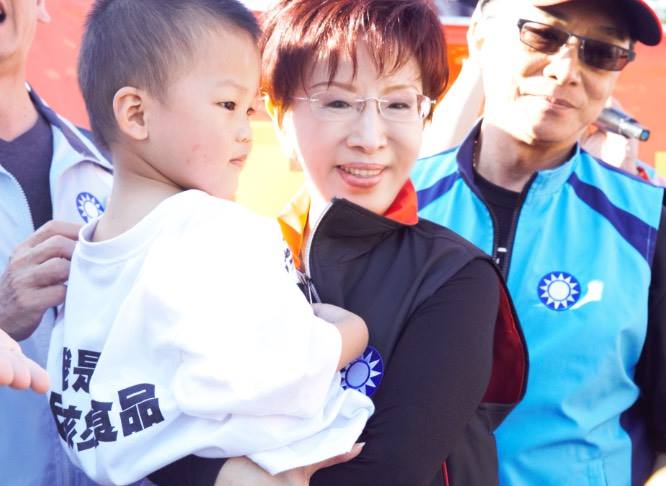 Through the process of democratization, we see both the DPP and KMT drift away from their earlier ideological aims. The DPP is no longer a party which aims to realize Taiwanese independence. Its other aim of realizing free elections in Taiwan has long since been accomplished. Indeed, the DPP has become a status quo party which exists to compete in Taiwanese electoral politics for perpetuity, although it maintains its aims of preserving Taiwan’s de facto independence and opposing the KMT.

While the KMT has failed to substantially localize, it is also true that the KMT’s ideological goals have also shifted. The KMT realizes it no longer has any means of retaking China. As a result, its priority has shifted towards achieving the reunification of Taiwan and China, even if this does not mean the restoration of the Republic of China in the Chinese mainland. The principle of fangong drops out of the picture, with the rosy view that the PRC has already democratized and economically opened up itself up to the free market, drifting away from its Communist roots.

In previous times, the legitimacy of KMT control over Taiwan was asserted with the claim that Taiwan preserves the core essence of China which China itself lost because it fell to godless Communists, never mind the disruption of the fifty year Japanese colonial period which constitutes half of Taiwan’s modern history. But now the KMT’s narrative is that achieving the unification of Taiwan and China will return the Chinese essence preserved in Taiwan back to mainland China, allowing for the utopian realization of the full splendors of Chinese civilization. And so, the ideological endgoal of the KMT has become achieving the unification of Taiwan and China at all costs, something which sometimes takes on utopian and cosmological dimensions. 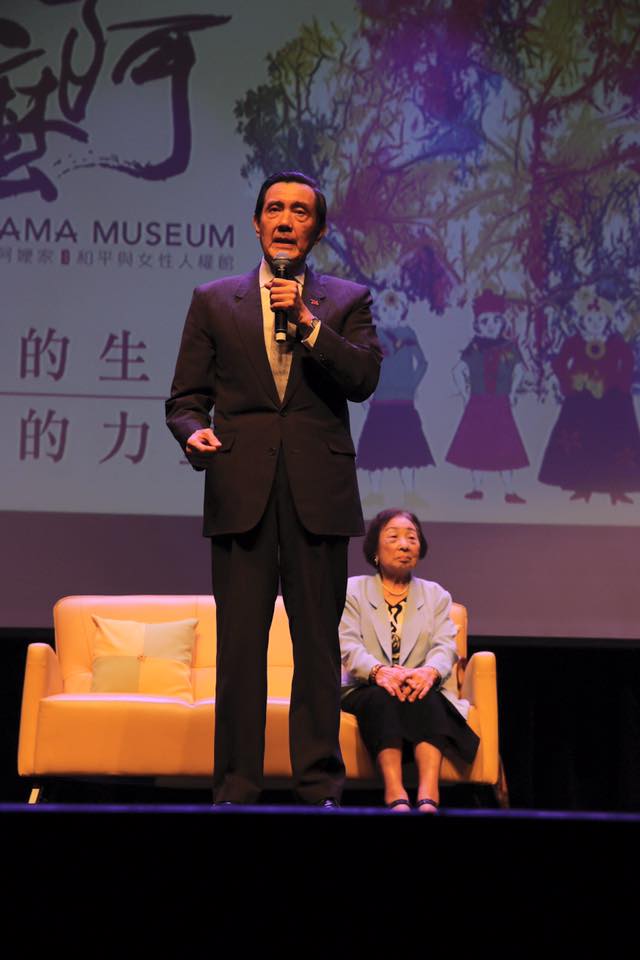 In this light we can understand recent three-way ideological debates with the KMT between the extreme pro-unification camp, reformers who call for the localization of the party, and those who carve a centrist path. As chair of the party, Hung Hsiu-Chu represents the extreme pro-unification camp and she has steered the party close to calls for the immediate unification of Taiwan and China. Hung has steered the KMT too close to this position for even former president Ma Ying-Jeou. Ma himself engineered cross-straits trade policies aimed at facilitating the economic integration of Taiwan with the aim of eventually unifying of Taiwan and China which still brought Taiwan closer to China than the Taiwanese public found comfortable and prompted the eruption of the Sunflower movement against Ma’s trade policies. Indeed, it is quite bizarre to find Ma Ying-Jeou out of all individuals defending the autonomy of the ROC. But if Ma finds himself occupying the political center, the reformist pro-localization factions of the KMT are altogether systematically marginalized.

Through these ideological debates, as well as the deep Blue politicians backing Hung systematically stifling younger reformers’ efforts at localization, we can observe the impossibility of the KMT localizing and embracing Taiwanese identity as distinct from Chinese identity. Ironically, in a counterintuitive way, Hung’s conception of unifying Taiwan and China is in itself a “localized” form of identity. Namely, although recent events have demonstrated that some former ROC military personnel no longer have qualms with China, many members of earlier generations of the KMT which spent significant portions of their adult life in China and suffered much in the Chinese Civil War against the CCP would have resolutely opposed Hung’s vision of unifying with China, seeing as China is still controlled by the KMT’s historical enemy, the CCP. However, unlike their parents, Hung and her generation have spent their entire lives or most of their lives in Taiwan, and China is only a longed for, imaginary homeland. 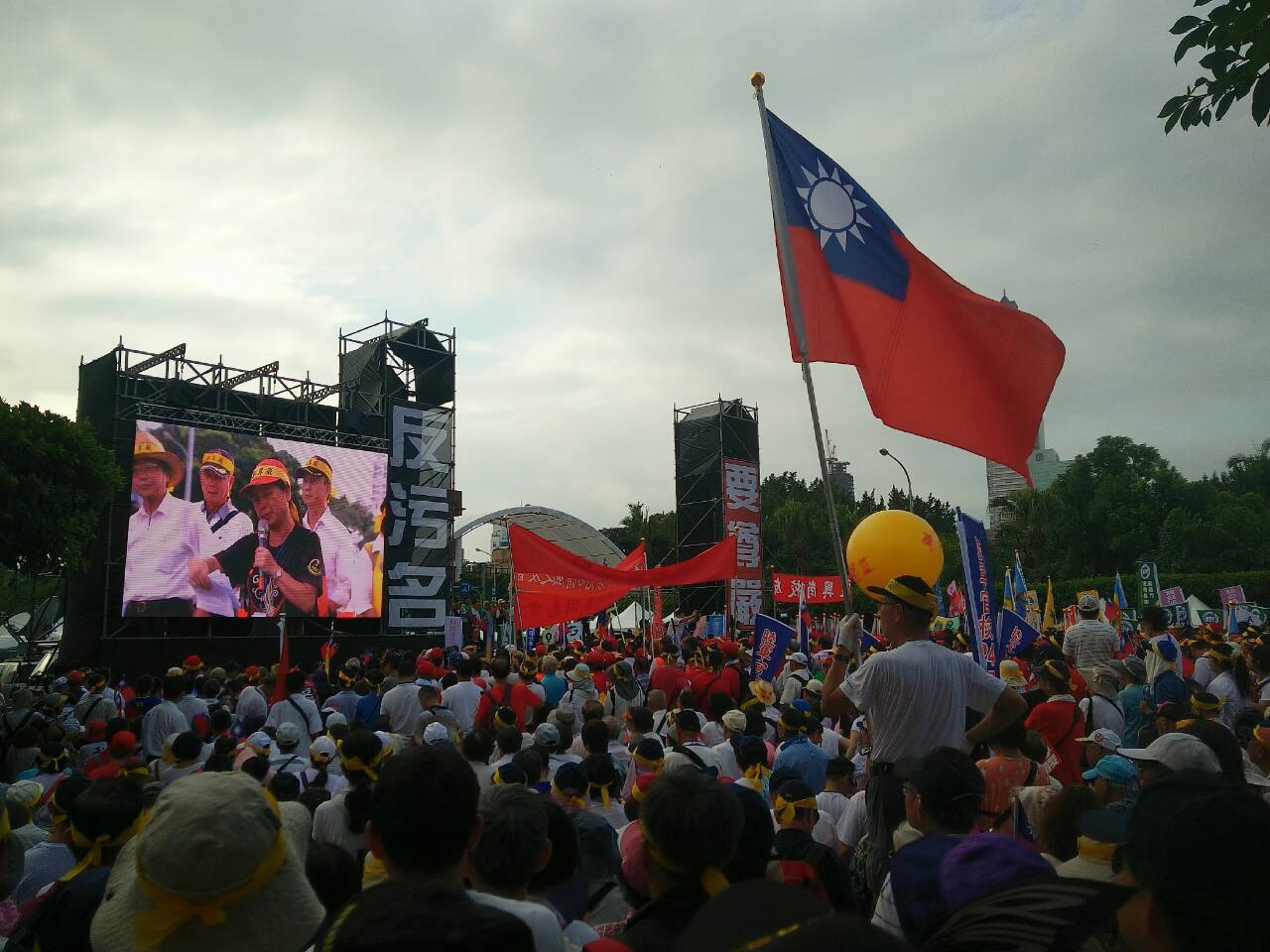 As such, this shift in ideological endgoal is not surprising, and in rather contradictory fashion is a form of KMT “localization” to its circumstances in Taiwan. Like Hung, Ma Ying-Jeou is also an individual who evidently wishes to achieve the unification of Taiwan and China, and has spent most of his life in Taiwan. It may be that Ma opposes Hung’s demand for immediate unification because he is perhaps holding onto more of the animus against the CCP, or is more skeptical that the CCP has wholly reformed—strange words to say about Ma Ying-Jeou, of all people. Seeing as the KMT’s internal affairs are a black box to outsiders, one cannot say.

The KMT reforming in a pro-Taiwan direction seems impossible. Some claim that the current generation of the KMT needs to die out, and only then the party will naturally localize. This occurs in conjunction with the claim that localization has not yet happened within the party, as evidenced by the party leadership of Hung Hsiu-Chu, and so localization may still occur in the future. But, the truth is that the KMT has already localized in response to its relocation to Taiwan and Taiwanese democratization, and this only took the party in a pro-unification direction. As such, the KMT localizing in a pro-independence or at least pro-Taiwan direction is unlikely to happen.