Time For A Change Of Chief Executive In Hong Kong?

THE LAST MINUTE withdrawal of CY Leung from the race for Chief Executive of Hong Kong has come as a surprise to many in Hong Kong in recent days. Leung is an unpopular figure in Hong Kong, having presided over the Umbrella Movement and its aftermath, as well the tightening of political freedoms in Hong Kong in recent years including the kidnapping of Hong Kong booksellers by China and the disqualification of elected lawmakers that Beijing found fault with.  In the case of Hong Kong booksellers, Leung displayed a willingness to toe Beijing’s line to the hilt, wholly denying the booksellers’ kidnapping by China when this was otherwise obvious to all.

Leung cited family reasons as the reason for his withdrawal. Although Leung has acted as Beijing’s loyal enforcer throughout, Leung is a divisive figure within the pro-Beijing camp, facing many criticisms from the political camp that he ostensibly should stand at the head of. Some have gone so far as to accuse Leung of being secretly pro-independence, since many of Leung’s actions aimed at cracking down at pro-independence sentiment have often had a way of fanning up opposition to Beijing instead. Very probably, Leung is simply being blamed for the failures of his policy in hyperbolic terms by members of the pro-Beijing camp.

Leung withdrawing for family reasons may be a legitimate cause for withdrawal, particularly seeing as Leung’s children have caused numerous public incidents in the past, damaging their father’s reputation through frequent demonstrations of an elitist scorn for the Hong Kong people given their wealth and privilege. Nevertheless, speculatively, it could be that Beijing ordered Leung to stand down, with the view that Leung’s reputation is too much in shambles to provide a respectable figurehead for the pro-Beijing camp. 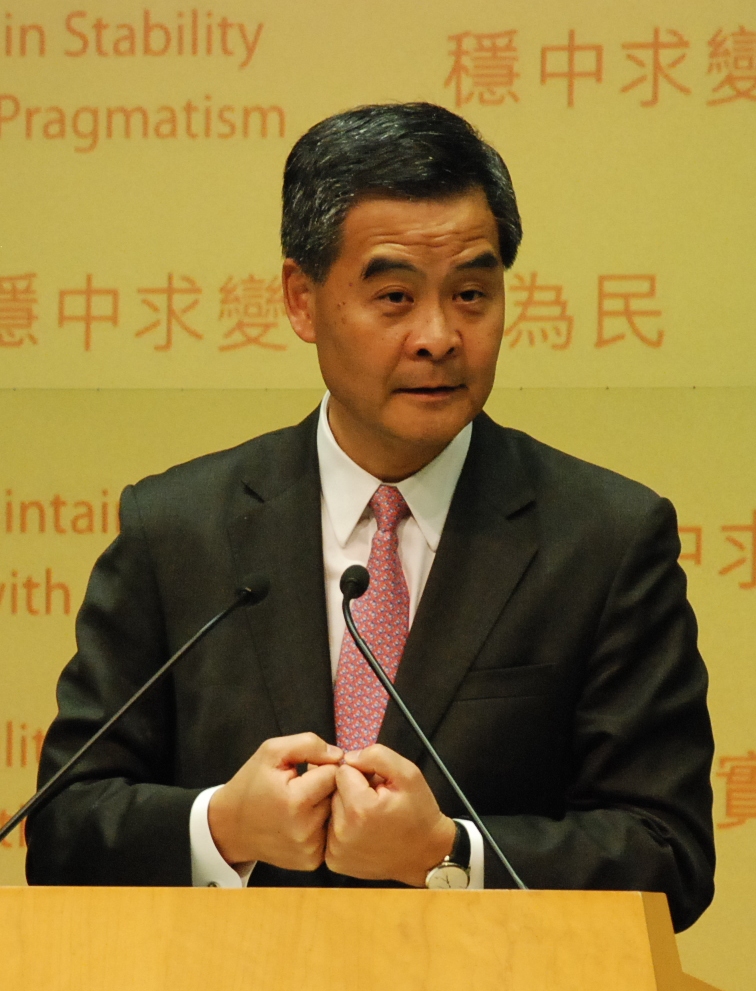 Some have suggested that Beijing is looking for a “Leung 2.0” for the next Chief Executive of Hong Kong. While potential replacements for Leung such as Carrie Lam and Regina Ip may be trusted by China because of their solid pro-Beijing alignment, they are similarly hated as Leung was. Former Financial Secretary John Tsang, however, balances between both the pro-Beijing and pan-Democratic camp and may prove a more popular choice.

Whatever the results of Hong Kong Chief Executive elections, this may merely be a sham that changes the public face of the Hong Kong government, something already firmly in Beijing’s grasp. Yet Chief Executive elections should remind us that whatever the claims of the pan-Democratic camp and others that Hong Kong’s democracy is in need of defending, Hong Kong’s electoral system was firmly undemocratic from the outset.

This is not to claim that “democracy” or democratic values in Hong Kong are not worth defending. But what Chief Executive elections should perhaps remind us of is that, whether under China, the British, or as some form of independent city-state, democracy in Hong Kong may be better seen as a project to be realized in the future, rather than something which Hong Kong citizens had in the past, but they have now lost because of China. This may perhaps be what Chief Executive elections should remind us of.