250,000 Demonstrate In Support Of Marriage Equality In Taipei

WITH UP TO 250,000 demonstrating in support of marriage equality in Taipei yesterday, the ball is back in the DPP’s court regarding efforts to legalize same-sex marriage in Taiwan. In previous months, the legalization of same-sex marriage in Taiwan was previously seen as only a matter of time, given campaign promises of the Tsai administration to legalize marriage equality and widespread social support for the legalization of gay marriage. Demonstrations yesterday may have been the largest protests that Taiwan has seen since the 2014 Sunflower Movement, which saw 500,000 demonstrate in the streets of Taipei on March 30th, 2014, the day now commonly referred to in shorthand as “330.”

But large demonstrations by Christian groups opposed to marriage equality would later allow the DPP to backslide on campaign promises, seeing as the DPP is very probably divided on the issue of gay marriage internally. The DPP has in the past month reversed course, suggesting that it would push for “separate but equal” civil partnerships instead of gay marriage, despite that marriage equality legislation proposed by the DPP is under discussion in legislature. The widespread panic provoked by this possibility, when it previously seemed all but certain that marriage equality would become a reality in Taiwan, is what has led to a renewed push by LGBTQ activists to put pressure on the Tsai administration to live up to campaign promises. 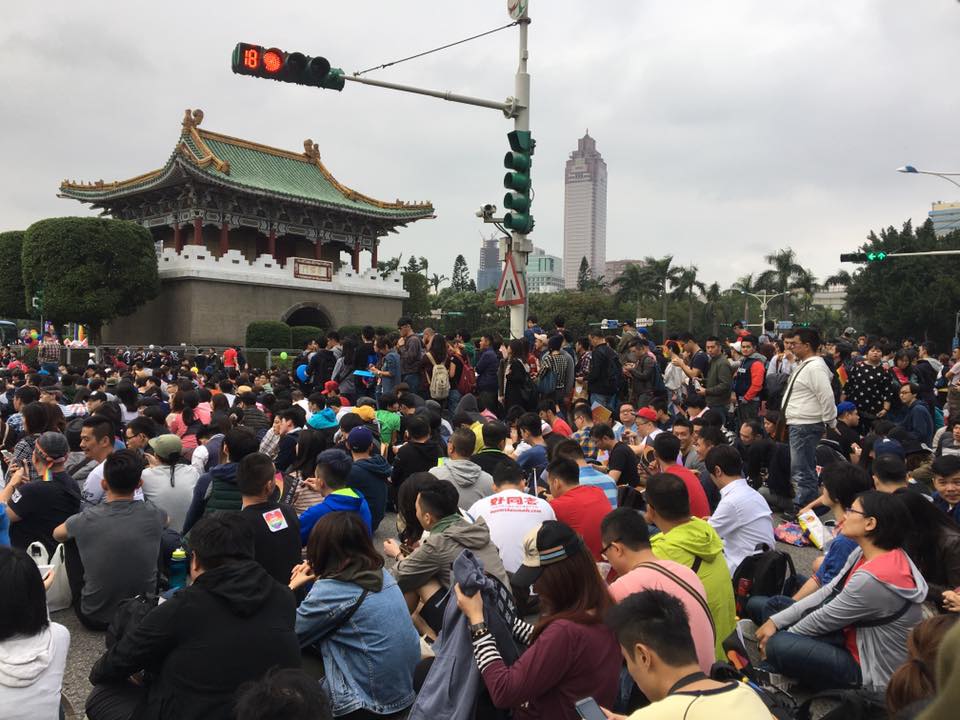 In truth, it remains that the majority of Taiwanese society supports the legalization of gay marriage, although some resistance was to be expected from religious fundamentalists. Nevertheless, the large numbers of individuals mobilized by anti-marriage equality groups gave the DPP an excuse to backslide, with over 200,000 demonstrating against marriage equality across Taiwan earlier this month. As demonstrated by consistent polling indicating majority for gay marriage, anti-marriage equality groups may not have exactly been able to demonstrate that they had the support of the “silent majority” of society, but they were able to establish the perception that gay marriage remains a divisive issue in Taiwanese society and the DPP would be seeking to rock the boat too much by legalizing marriage equality.

What remains is to see what the next actions of the DPP government are. In response to the rally yesterday, the presidential office would make tepid statements reiterating Tsai’s commitment to marriage equality. But Tsai has been relatively quiescent on the issue, probably because the issue is too contentious within the DPP, and Tsai is not willing to fight without reserve on this issue at this point in time. Tsai may be hoping to keep marriage equality on the back burner until her second term, seeing it as too contentious an issue to push for in her first term if she wishes to be reelected to a second term, and to lure in LGBTQ voters and their allies once again through claims that she still wishes to act on her previous campaign promises to legalize marriage equality. Of course, such voters may turn on Tsai if she further stalls on the issue of marriage equality, especially after the show of force by marriage equality supporters yesterday reaffirmed that supporters of marriage equality in Taiwan outnumber those who are opposed to it. If so, that may be richly deserved. 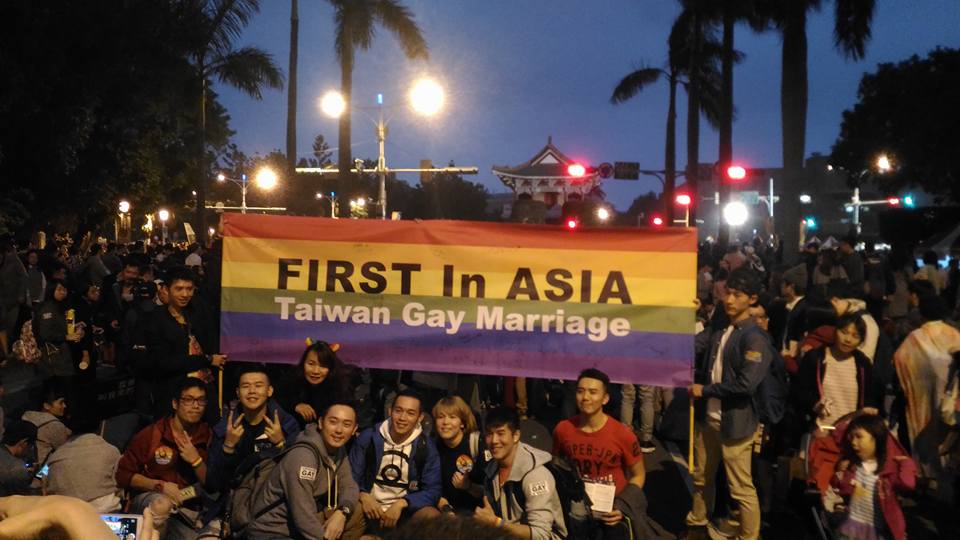 Yet it also remains possible that, whatever the majority will of the Taiwanese public as demonstrated yesterday, the DPP politicians who currently control legislature are in fact more conservative than the general Taiwanese public. As such, DPP politicians may still attempt to shrug off the forceful expression of support for marriage equality by demonstrators yesterday, seeing the DPP as still in a comfortable position that it will not lose the support of the Taiwanese public because it remains by far the lesser evil compared to the KMT.

What, then? If so, the issue of marriage equality probably will not be settled now, and Taiwan may join the list of countries once touted as on the cusp of becoming Asia’s first country to legalize gay marriage. The hypocrisy of the DPP is evident in the fact that to boost Taiwan’s international recognition in the world, it wishes for Taiwan to be acknowledged as the first country in Asia to legalize gay marriage, but does not actually wish for marriage equality to pass, and so attempts to pass off civil partnerships as marriage equality. This is what LGBTQ activists and allies should keep in mind going forward. Perhaps we need to find new ways to exert pressure on recalcitrant DPP lawmakers.

Likewise, yesterday’s demonstration was an enormous success, seeing as demonstrators came out from all over Taiwan, and it has once again been demonstrated that gay marriage is supported by the majority of Taiwanese society. Even then, it should be kept in mind that marriage equality is a matter of human rights, which does not require the majority support of society—sometimes it requires going against the flow to realize what is right. But activists should not become overconfident simply because yesterday’s rally had higher numbers than recent anti-marriage equality rallies and allow the spirit of being self-congratulatory after yesterday’s successes lead to complacency either. No disenfranchised group ever wins rights that they are denied without a fight, simply by asking politely. And this is a fight which is still ongoing. It will not be settled until marriage equality is the law of the land in Taiwan.