Reversals By Trump On Asia Pacific Policy As A Product Of Trump’s “Political Malleability”?

RECENT ATTEMPTS by East Asian government officials to establish contact with Donald Trump indicates anxiety over the future policy direction of the incoming Trump administration. This includes a meeting between Shinzo Abe of Japan and Trump, a telephone call between currently embattled South Korean president Park Geun-hye and Trump, and statements by the Taiwanese Ministry of Foreign Affairs that in previous months the Tsai administration had been in previous months in contact with advisors of Trump.

Fears of Trump completely reversing American foreign policy in the Asia Pacific appear to be on the mind of regional leaders. East Asian leaders have been unusually quick in rushing to communicate with Trump, possibly because they did not anticipate a Trump presidency. Trump’s win was not expected by many in the United States, so one can expect similar surprise from East Asian politicians. It is possible that regional leaders will engage in sycophantic behavior towards Trump, as already seen in effusive praise by Abe for Trump, with hopes that gratifying Trump’s ego will avoid the possibility of an American withdrawal from the Asia Pacific. Certainly, Trump seems to have rewarded sycophantic followers in some of his anticipated appointments, and East Asian leaders may also be banking on this characteristic of Trump’s personality in order to influence him.

Some have taken Trump’s meetings with East Asian leaders as a sign that Trump’s statements that he will withdraw American troops from bases in South Korea and Japan are mere election rhetoric and that Trump will not try to reverse American foreign policy in as drastically as he claimed during campaigning. There are also those who point out that some of Trump’s anticipated foreign policy appointments are drawn from the political establishment and call for a stronger stance against China in the Asia Pacific, rather than isolationist withdrawal from the region. 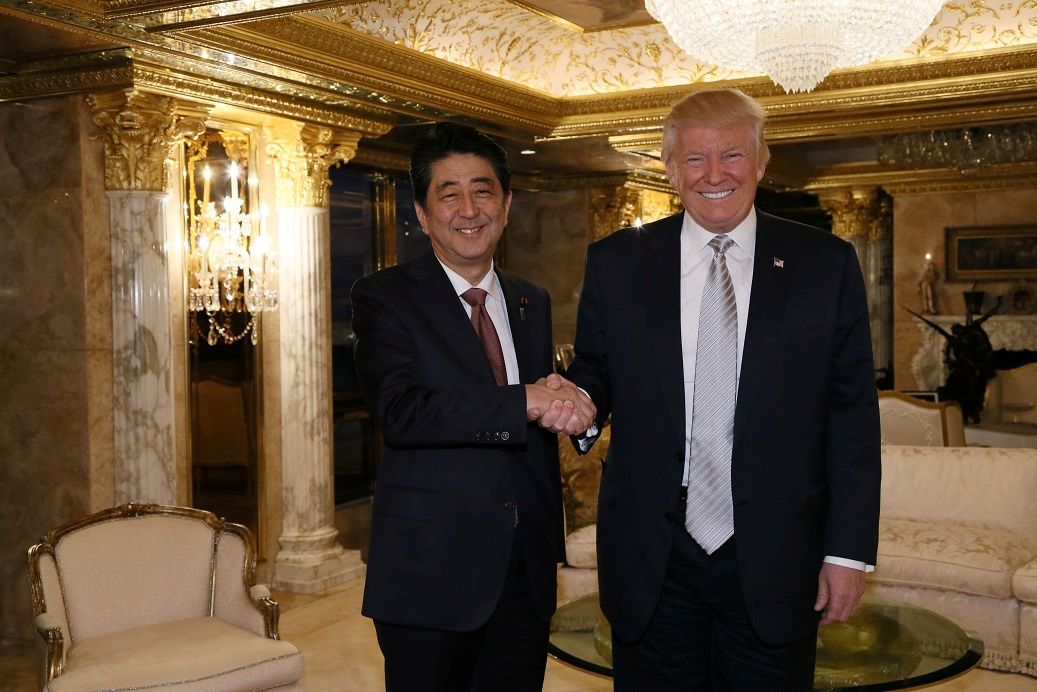 Some reversals of course have already been seen after Trump’s communications with East Asian leaders, as seen in Trump walking back his pledge to withdraw troops from South Korea after his phone call with Park. However, this may be more a product of Trump’s general “political malleability” and tendency to suddenly change course on key policy positions after meetings with high-profile political leaders.

Such actions seems in line with Trump’s past behavior, in which Trump has at times seemed to suddenly change his political course depending on the last person he talked to. This has been observed with regards to his recent meeting with President Barack Obama, as well as during meetings with Mexican president Enrique Peña Nieto. During this latter meeting, Trump did not press the issue of his campaign promise to build a wall between America and Mexico and to make Mexico pay for it, although this was a recurring theme of Trump’s campaign. Trump campaign supporters such as former New York City mayor Rudy Giuliani also made public appearances shortly after the meeting with caps reading “Make Mexico Great Again Also”.

In the realm of political pop psychology, this has been attributed to “narcissism” on the part of Trump, with his motivation for running for president seen as being a desire to ingratiate himself with elites and accrue respectability. It is possible that Trump, who has no political experience whatsoever and whose transition team is reportedly proving woefully unprepared for the realities of presidential administration, proves pliable material in the hands of experienced politicians such as Abe or others.

But things could go either way with Trump, given the ambiguities of many of the president-elect’s actions and many seemingly contradictory actions. For example, while pledging to deport three million immigrants immediately after taking office and having declared white supremacist Steve Bannon as his White House chief strategist, Trump has simultaneously called on his supporters to stop harassing minorities. 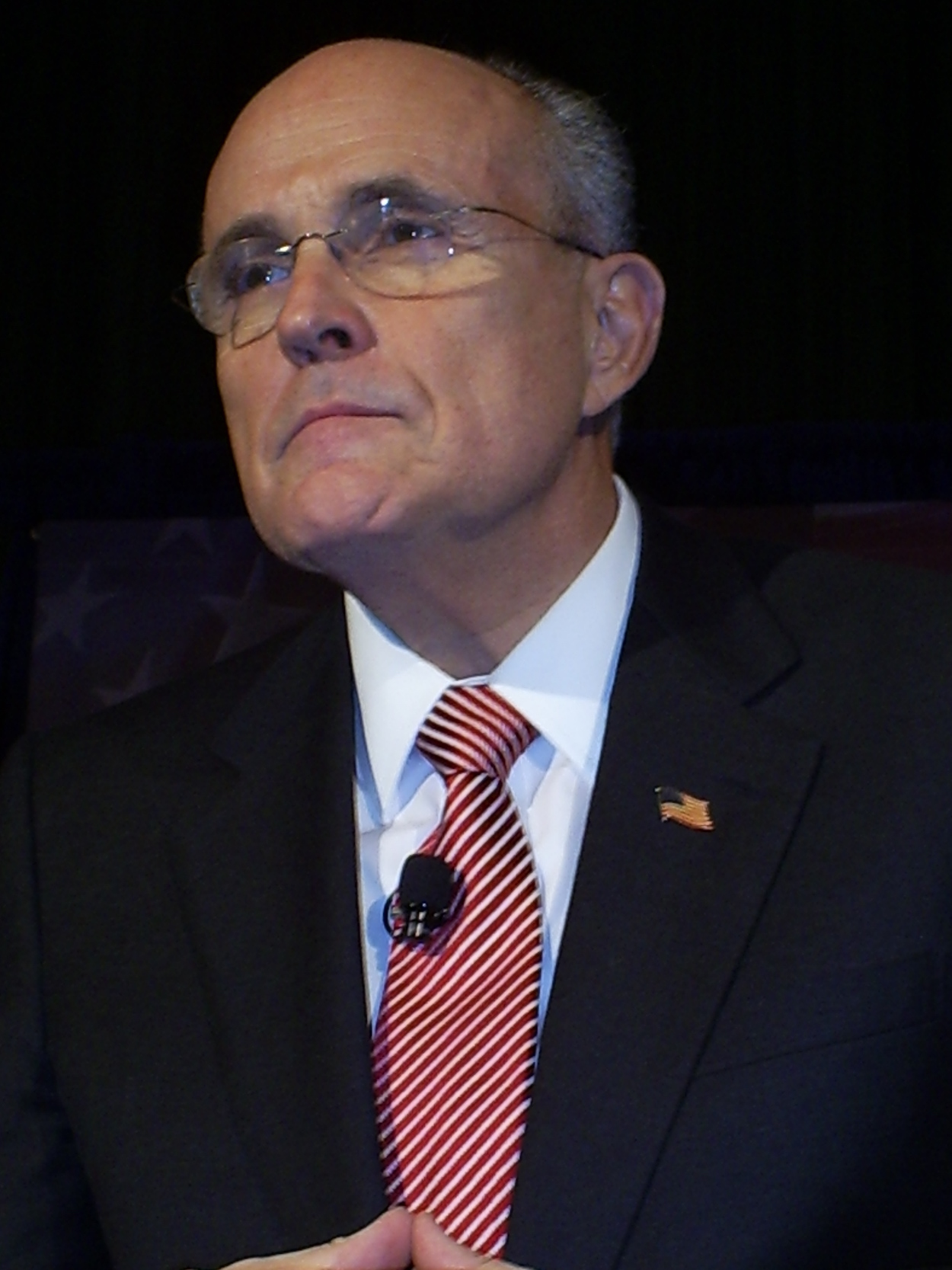 If Trump’s appointments are, again, drawn from the political establishment, it seems likely that Trump, having no political experience, is forced to rely on the existing foreign policy establishment. This may explain why Trump’s anticipated foreign policy appointments, who more often than not call for a troop build-up in the Asia Pacific, seem at odds with Trump’s campaign rhetoric. Or it could be that, in line with other political appointments of Trump’s, these are simply individuals who have swallowed their pride and acted sycophantically towards Trump in the hope of being rewarded with political appointments in his administration.

With last-minute removals having occurred even before the Trump administration has taken office, such as the sudden removal of New Jersey governor Chris Christie from the position of head of Trump’s transition team and the removal of Christie loyalists, Trump could also suddenly shift course on planned foreign policy appointments. Much uncertainty has already been raised with regards to possible choices for secretary of state ranging from former New York City mayor Rudy Giuliani to former presidential candidate Mitt Romney to former CIA head David Petraeus to former UN ambassador John Bolton.

In considering Rudy Giuliani for secretary of state, Trump is presumably rewarding Giuliani for his loyalty, Giuliani having acted as Trump’s bulldog at times when few others would have defended him, for example, regarding Trump’s past record of sexual harassment. On the other hand, in line with Trump’s demand for sycophantic loyalty from his appointments, there are reports that Trump would demand an public apology from Romney for his statements against Trump during campaign season if he were to appoint him secretary of state, something Romney may be unwilling to do. 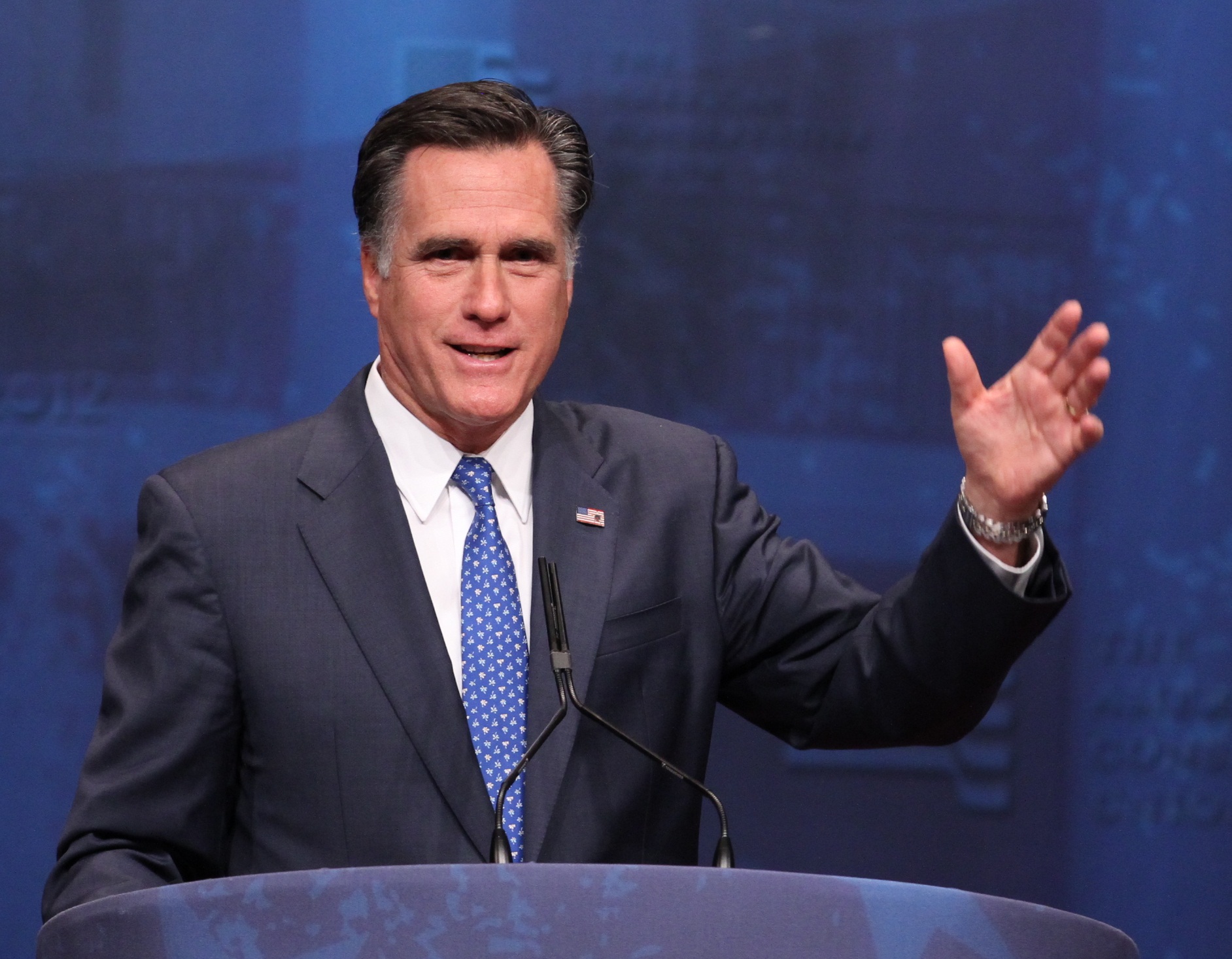 Trump may view personal loyalty as the most important criteria for deciding his choice of secretary of state. As such, we do well to remember that if Trump administration officials try to break with Trump in the hopes of steering Trump towards more conventional foreign policy, they could still ultimately be removed down the line and replaced with individuals more amenable to Trump. American presidential cabinet officials, after all, serve at the pleasure of the president. While Senate needs to approve or dismiss appointees, presidential cabinet members can be dismissed or reassigned at will by the president.

In general, perhaps many Asia watchers have put far too much faith in the Trump administration to accommodate political realities and to draw a clear border between the extreme statements of “candidate” Trump and the “president” Trump who now has to govern America. Confidence in as unpredictable an individual such as Trump may relying too much upon blind faith. Furthermore, Trump’s foreign policy decisions may not be founded upon rational consideration of the American national interest, but primarily upon petty, egotistical considerations of personal loyalty.

TO OFFER another possibility, it could also be that Trump’s “political malleability” actually makes him unexpectedly susceptible to appeals from political forces in the Asia Pacific antagonistic to America. China was a frequent target of Trump during election campaigning, with claims that China was manipulating the international economic system and even “raping” America economically. But China has, for example, actually reached out to Trump and stated that Chinese industry could help him fulfill his campaign pledge of “making America great again”. If so, this would be ironic, given that despite the prominence of attacks on China during campaigning by Trump, companies owned by Trump are reliant on Chinese manufacturing. Given Trump’s opposition to the America-led TPP, China has also suggested that America join the China-led RCEP. 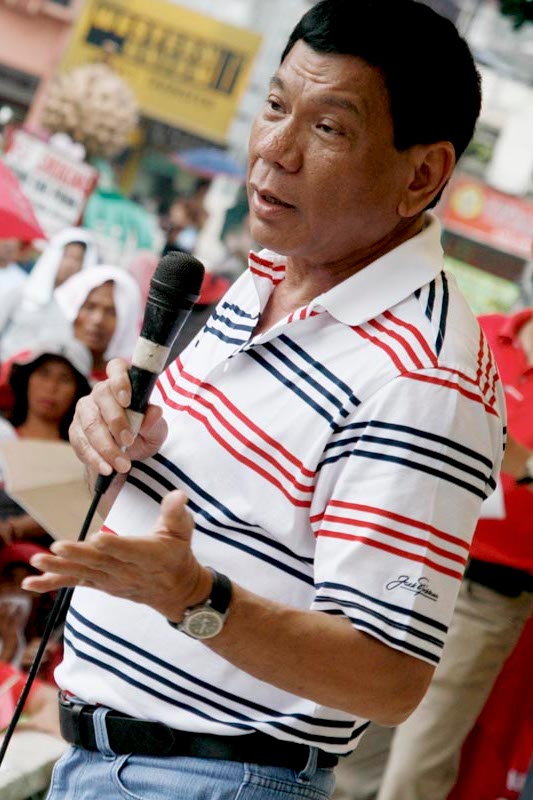 An American troop withdrawal from the Asia Pacific, as Trump pledged during campaigning, would certainly be in the interests of Russia and China. If Trump has proved unpredictably politically pliable to date, seemingly having changed his stances after talking with East Asian regional leaders trying to get him to walk back plans to withdraw American bases from the Asia Pacific, perhaps Trump could flop on the issue yet again. Who knows? If the course of Trump’s policies are dictated by his ego more than anything else, perhaps this could occur if Trump is flattered enough by the appeals of China, Russia, or other forces.

Unsurprisingly, regional leaders have also made outreach to Trump. Rodrigo Duterte, president of the Philippines, best known for the mass killings of drug users which have occurred under his presidency, has also stated that because he and Trump non-traditional candidates who have a history of making extreme public statements, he feels that he has much in common with Trump. Duterte’s statement is surprising given his anti-American bias, which has led for Duterte to call for the removal of American bases from the Philippines and reorient the Philippines towards a security relationship with China.

Trump also has a longstanding relationship with Vladimir Putin, autocrat of Russia. Trump’s friendliness towards Russia is unorthodox, given that appeals towards American nationalism were a strong characteristic of Trump’s campaign, and American antagonism with Russia dates back to the Cold War. Trump and Putin’s relationship has led some to even accuse Trump of being a Manchurian candidate for Putin. The Russian parliament gave Trump a standing ovation shortly after news of his victory became known, probably a move aimed at tickling Trump’s ego. 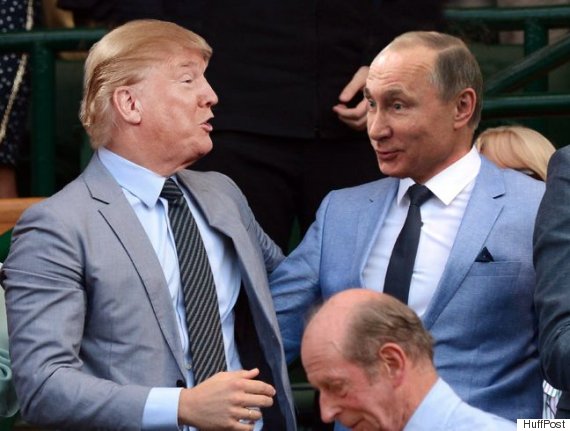 Perhaps it is too early to take Trump’s apparent reversal of course after talks with East Asian regional leaders as a sign that Trump’s foreign policy in the Asia Pacific will be more conventional. Nor are any of Trump’s relatively establishment choices for political appointments a sign that Trump was closeting more conventional political positions for the sake of being elected, seeing as Trump may have had to depend on the existing foreign policy establishment because of lack of political experience, or may just reward the sycophantic in his final choice of appointments. Trump may simply be too erratic an individual to be counted on for consistent political behavior and Trump’s actions to date have to date been too inconsistent to really divine what his political course will be once he takes office.