Autumn Struggle and Worker’s Struggle have in the past demonstrated that they are altogether quite willing to target the DPP with the expectation that they prove no different than the KMT once in power. Autumn Struggle and Worker’s Struggle held demonstrations outside of DPP headquarters in 2015 in expectation that the DPP would come out victorious in 2016 presidential and legislative elections, but carry out similar actions to the KMT in office. Members of Autumn Struggle have billed the current actions of the DPP to be “fake transitional justice”, with workers treated unjustly under a DPP administration just as they were under KMT political administrations. 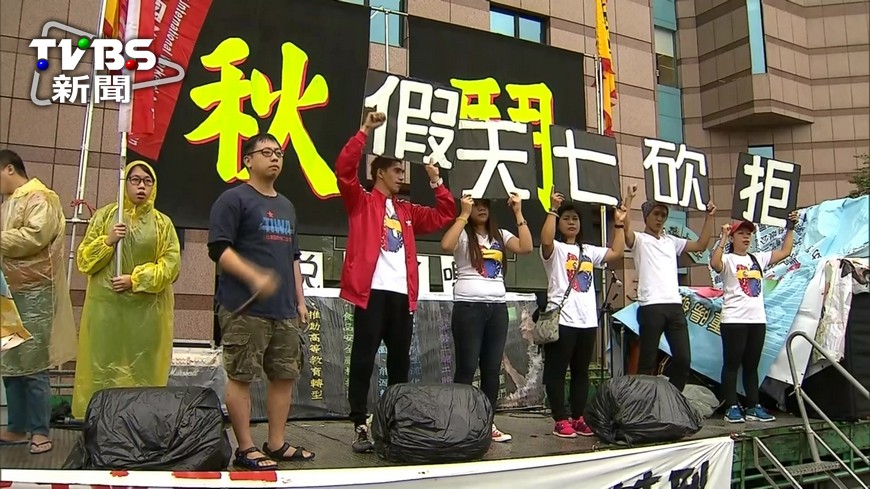 Though with less attendance this year than in previous years, Autumn Struggle generally having see a decline in numbers over the last ten years, workers demonstrated today outside of the DPP headquarters despite chilly weather and rain. In particular, workers called attention to the backsliding of the DPP on campaign promises. The Tsai administration’s planned labor reforms will cut public holidays and only allow workers one set day off per week, with one “flexible rest day” in which workers can still be made to work. 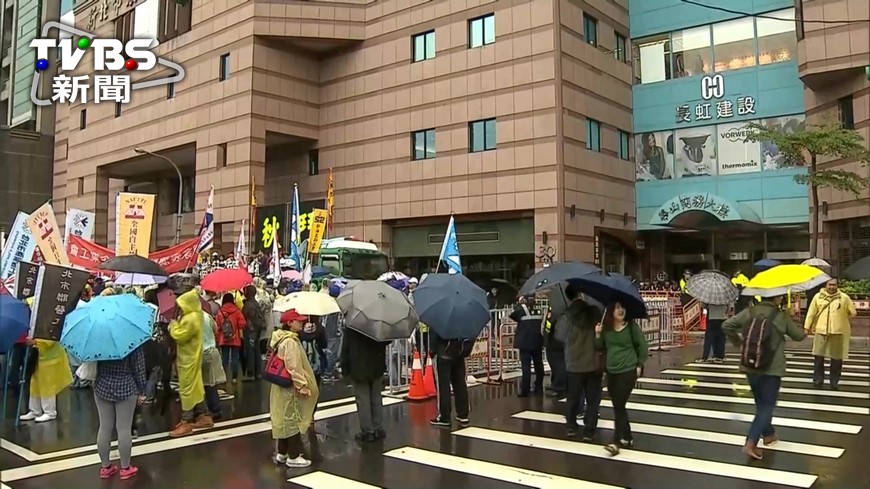 With demonstrations set to take place tomorrow during the second of two planned public hearings on marriage equality organized by the Legislative Yuan, members of Autumn Struggle would also criticize the Tsai administration for its stalling on marriage equality. Comments made late last week by DPP majority leader Ker Chien-ming have provoked outrage, with the perception that this represents a reversal of course for the DPP. Similarly, during the 2016 pride parade in Taipei, DPP politicians participating in the parade were confronted on the issue of planned cuts to public holidays. In this, we can observe how within Taiwanese social movements, many single issue movements overlap, with participants in labor demonstrations also participating in LGBTQ activism or vice-versa, as well as how the worker’s movement in Taiwan is willing to take a stand for members of the LGBTQ community, and members of the LGBTQ community are also concerned with labor issues.

Regardless of the whether resistance from labor groups manages to make the Tsai administration back down from its plans or not, the Tsai administration has more or less made its position clear with regard to it standing on the side of the Taiwanese bourgeoisie, rather than that of Taiwanese workers. While the KMT has attempted to latch onto labor issues opportunistically, Taiwanese workers should recognize that neither major party in Taiwan represents their interests as workers. Even if the formation of a labor party in Taiwan seems a remote dream, neither of the two major parties in Taiwan are capable of reflecting the class interest of workers and this is what workers should keep in mind going forward.