No End To Labor Struggles About Cuts To Public Holidays Anywhere In Sight?

ATTEMPTS EARLIER this month by youth activists to storm the DPP headquarters are evidence of increasing ties between Taiwanese youth activism and organized labor. The first attempt to invade the DPP headquarters consisted of approximately a dozen individuals and took place on November 1st, while the second attempt consisted of twenty individuals and took place on November 2nd. Both attempts involved activists who had been present at the Legislative Yuan occupation and attempted Executive Yuan occupation during the Sunflower Movement.

Youth activists demanded to meet with Tsai Ing-Wen to present their demands for the Tsai administration to reverse plans to cut public holidays but withdrew when this proved to be impossible. The DPP seems to have urged police to take a light hand with the students, with fear that a forcible eviction of the students would provoke public blowback against the DPP. Student groups, consisting of many of the same individuals, followed up with protests outside the Presidential Residence and Tsai Ing-Wen’s residence on Friday. 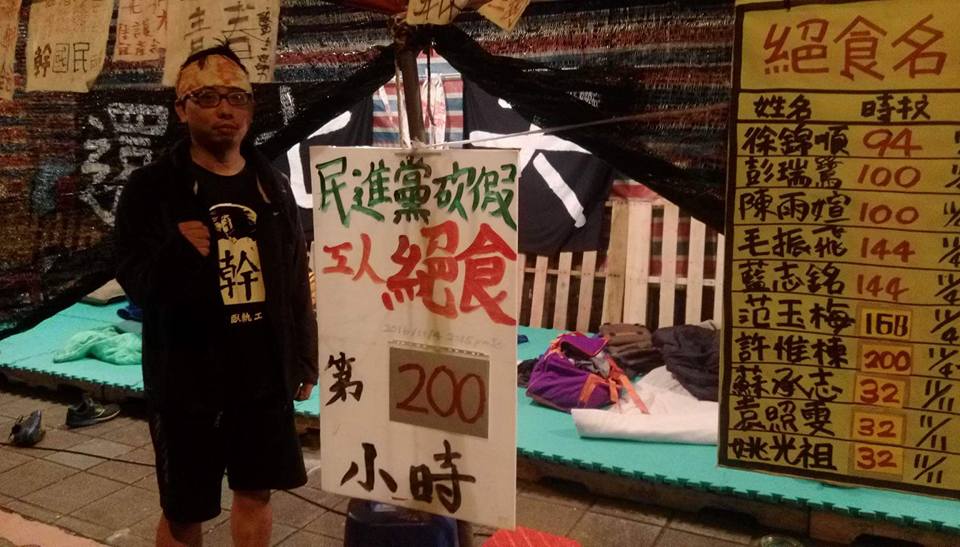 But DPP later reversed course on this, too, after business group leaders expressed dissatisfaction with the Tsai administration, provoking further outrage from workers. Namely, the DPP is pushing for cuts to seven public holidays and a change in labor reforms to allow workers one set day off per week and one “flexible rest day.” Labor groups, however, have demanded that workers be allowed two set days off per week and a reversal to planned holiday cuts, seeing as Taiwanese workers already work some of the longest hours in the world.

IF TAIWANESE YOUTH activism has been involved in a number of political causes in the years leading up to the Sunflower movement, including demonstrating against forced land evictions and gentrification, nuclear energy, and increasing control of Taiwanese media by Chinese business interests, labor has not historically been a cause youth activists organized around. But this has changed in recent months, following the historic China Airlines strike and street occupation, which was one of the largest strikes in years and demonstrated the effectiveness of organized labor actions to youth activists.

Consequently, with demonstrations against the Tsai administration’s plan to cut public holidays and refusal to pass legislation allowing workers two set days off a week, the involvement of youth activists in labor actions has only increased. Much of the recent uptick in labor demonstrations has been fronted by the Worker’s Struggle group, which coordinated major union actions against plans to cut public holidays in the run-up to 2016 presidential elections. Recent attempts to storm the DPP headquarters are reminiscent of the attempt by Worker’s Struggle to storm and occupy the Ministry of Labor which occurred in December 2015. Youth activists who had attempted to occupy the DPP headquarters were also affiliated with Worker’s Struggle. While KMT, NPP, and PFP politicians have expressed support of demonstrations and sometimes made public appearances on-site, DPP politicians were notably absent. 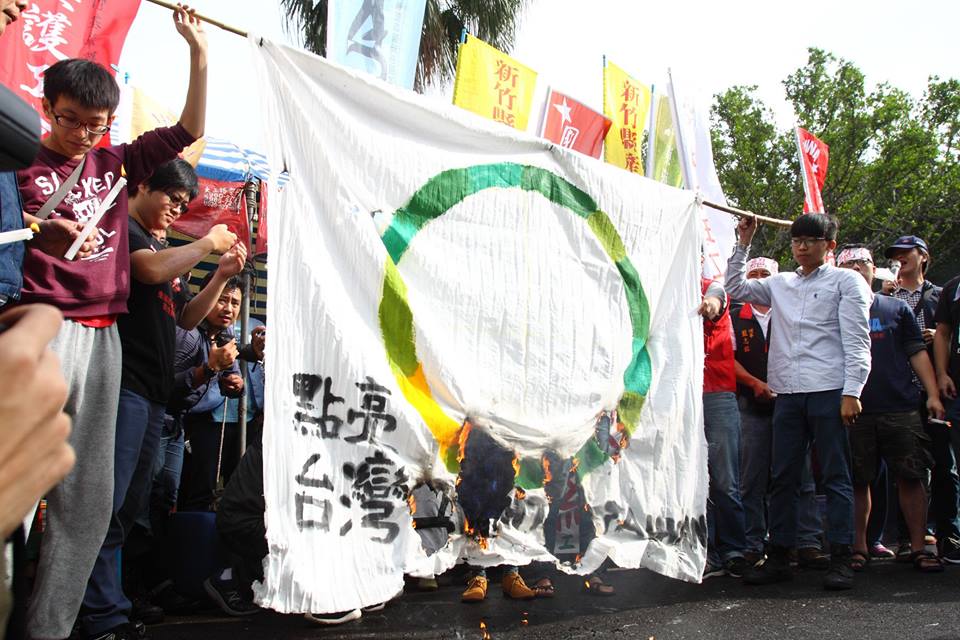 Worker’s Struggle’s actions targeting the DPP has sometimes led to the accusation that youth activists and members of Worker’s Struggle are being manipulated by the KMT, seeing as the KMT has opportunistically seized upon the issue to attack the DPP and members of the KMT have spoken at past rallies held by Worker’s Struggle. But again, this is ironic, seeing as some of the involved students were participants in the Sunflower Movement and because the Tsai administration’s actions in power are increasingly reminiscent of the KMT.

In particular, the Tsai administration’s actions to force through its planned labor reforms are reminiscent of the actions taken by the KMT to force the CSSTA trade bill through legislature in under one minute without any review of the bill—this being the very event which led to the 2014 Sunflower Movement. The amendment to the Labor Standards Act was passed through a committee in under seventeen minutes, with the review of the act declared complete in under two minutes by Chen Ying, the DPP head of the Social Welfare and Environmental Hygiene Committee.

This was accomplished by mobilizing members of the DPP to occupy five conference rooms ahead of time, changing the site of the meeting from its original location at the last minute, and only announcing the site of the new meeting at the last minute. Despite New Power Party (NPP) and KMT legislators rushing over to the new meeting site and members of the NPP attempting to propose changes to the meeting, the bill was passed. 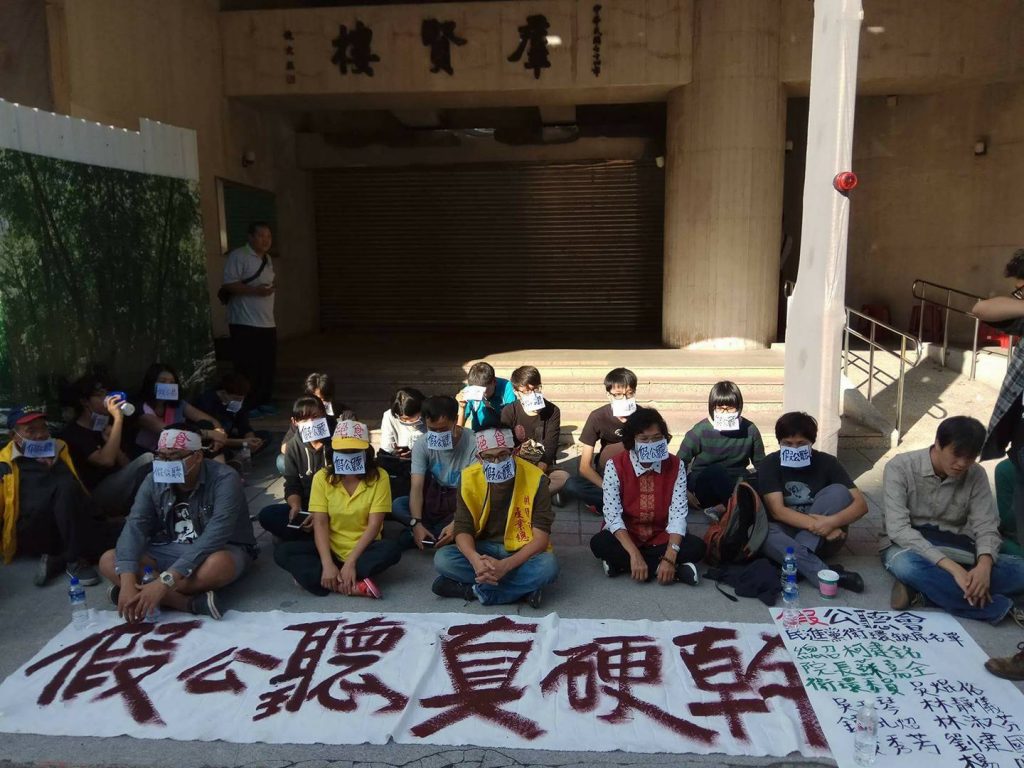 If the Tsai administration has been criticized for trying to please all parties that criticize its policy and, in waffling on policy, pleasing nobody, the Tsai administration would make an abrupt about-face in taking a hard stance on labor reforms. The Tsai administration originally suggested that it would walk back planned labor reforms, but reversed course after big business leaders balked at this. This has the potential to massively backfire against the DPP. Namely, labor is not just one constituency among many, but constitutes all working members of the Taiwanese public. Thus, Tsai does not stand to alienate one constituency through refusing to back down on labor policy, but stands to offend a large swath of the Taiwanese public.

And this could be an issue that further alienates the Tsai administration from Taiwanese youth activism. If the Tsai administration has gone out of the way to present the image that it is on the side of Taiwanese youth, having rode into power on the basis of post-Sunflower movement support from Taiwanese civil society, one of the contributing factors that galvanized students and other young people into activism was the lack of opportunities available for the young in Taiwan. Students themselves become workers once they enter society. As such, for student activists to take up labor organizing because they will soon enter the workforce is a natural development of their activism. But that actions have continued to be held even with a lack of response by the DPP illustrates that the issue is not going away anytime soon.

AN END TO the issue remains to be seen. Planned labor amendments were eventually sent back to the Social Welfare and Environmental Hygiene Committee, restarting the legislative process back to the point at which the Tsai administration first attempted to push the bill through legislature. As a result of political contention about the bill between the DPP, individual DPP legislators, the NPP, and the KMT, currently seven different versions of amendments exist, and the task of the committee was to consolidate these different versions. The amendments had been stalled numerous times in legislature, including physical fighting over the amendments, and public hearings held on the matter broke down into chaos. 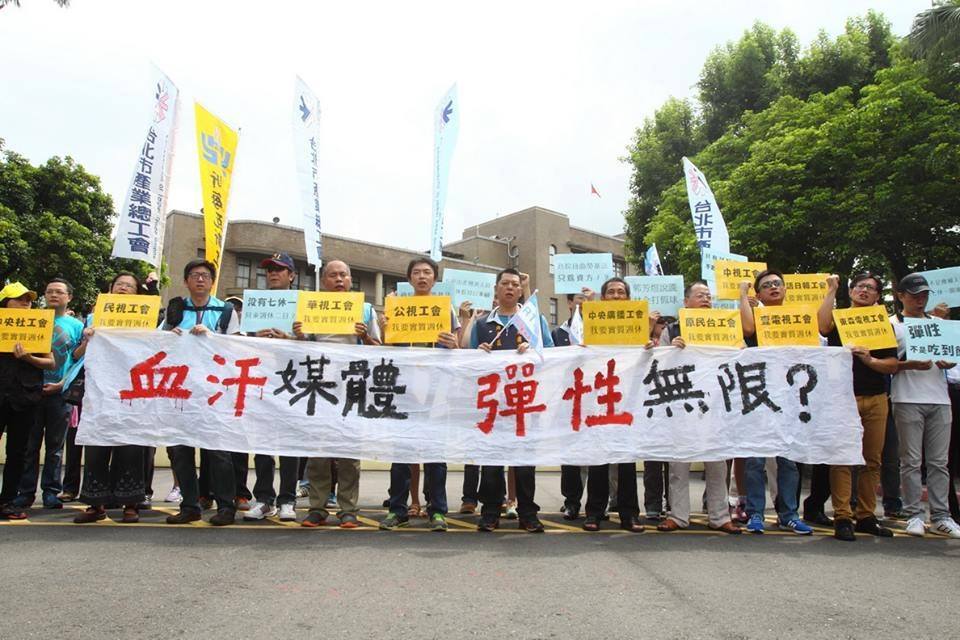 The NPP later dropped its demand of two rest days off and moved towards better overtime pay for working rest days, possibly to make amends with the DPP, seeing as both parties are members of the pan-Green camp, although the KMT continues to push for two set rest days off. It seems more likely for the DPP to relent on planned cuts to public holidays than on the matter of how many days off workers are allowed per week, however.