Trump: Isolationist, Imperialist, Or Both?

IN THE DAYS since the victory of Donald Trump in 2016 American presidential elections, much hand-wringing has ensued with the suggestion that the foreign policy shifts that could occur under a Trump presidency could undermine the entire post-war global political order. At the same time, there has been the claim that despite being president, Trump is merely one individual, and so such worry is unwarranted. It is claimed that the institutions of government will prevail, no matter what the potential of an out-of-control president to do damage might be. Some also point to the fact that campaign promises do not mean actual policy once in office.

Namely, Trump has been wildly inconsistent with his claims about foreign policy. As Evan Osnos writes in The New Yorker, isolationism seems in line with Trump’s protectionist claims about revitalizing the American economy by bringing jobs back to America and his opposition to free trade. Along such lines, Trump has suggested withdrawing American bases from Japan and South Korea, with the claim that Japan and South Korea are freeloading off of the US, and letting both countries fend for themselves—with the suggestion that Japan and South Korea develop nuclear arms to defend themselves. However, at the same time, Trump has also suggested that if the US is in need of resources, such as oil, it might as well go out there and take it. In Trump’s worldview, the world owes the US anyhow, and so for the US, might makes right. This suggests that Trump will not follow policies of isolationism, but aggressive interventionism and brutally honest imperialism.

Indeed, where the Asia Pacific is concerned, the elephant in the room is always China. Trump has vowed to take a stronger stance against China, which he claims is manipulating the world economy and “raping” America. However, withdrawing American bases from the Asia Pacific would seem counterintuitive to taking a stronger stance against China. Given Trump’s known relationship with Vladimir Putin and claims that he wishes to meet with Kim Jong-Un, some interpret this as Trump wishing to reduce tensions in the Asia Pacific, yet this may be an attempt to read too much logic into inconsistent statements by Trump.

Some have pointed to the fact that Trump’s military advisors are generally in favor of a military buildup in the Asia Pacific, including defense of Taiwan, to suggest that Trump will not upend America hegemony in the Asia Pacific by withdrawing American bases and instead turn towards a arms buildup in the Asia Pacific. Again, this may indicate that even if Trump makes extreme policy statements, they may be all talk. Or, given Trump’s lack of foreign policy experience (or indeed, any government experience), it will be more experienced advisors who will be the ones to make the actual political decisions for the Trump administration. 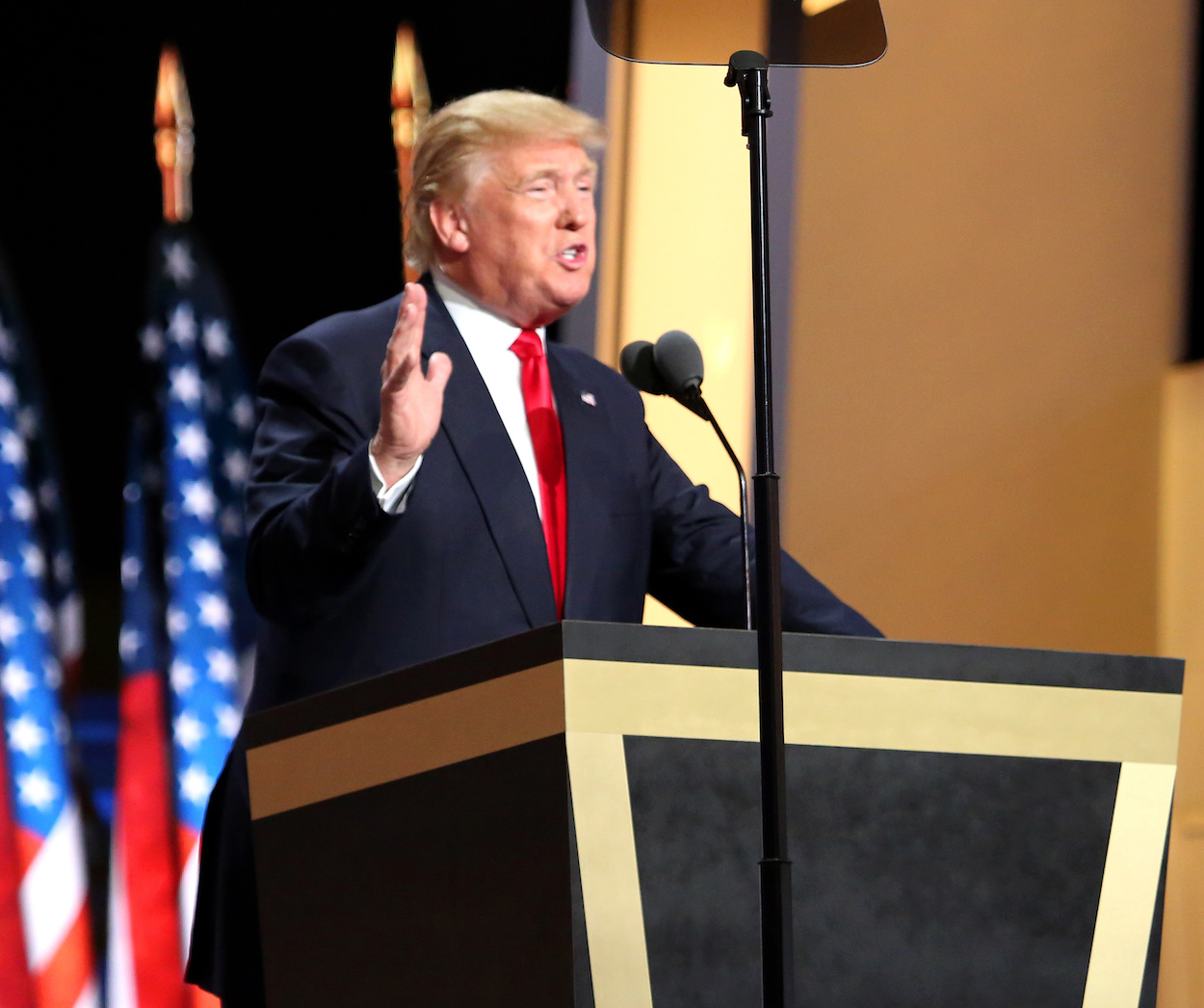 If Trump’s rhetoric has largely been isolationist in nature, in a way that threatens to disrupt the political order of the Asia Pacific, his policy appointments seem a far cry from his rhetoric, as they consist of individuals with more conventional calls for a military buildup in the Asia Pacific. Looking at other planned appointments of Trump’s, they have, in some cases, been consistent with his campaign promises: his planned appointment of climate change skeptics to the EPA, for example, are in line with claims on the campaign trail that climate change is a hoax concocted by the Chinese. In other cases, despite claims that he will act in the interest of the American middle and working class against wealthy corporate interests, Trump has planned to appoint those very same corporate interests to key positions in his administration. Thus, it would not be surprising if Trump breaks from isolationist campaign promises.

Between conflicting claims that Trump will upend the entire post-war global political order or that Trump will be a more conventional-than-expected president as well as conflicting views that Trump will be an isolationist or an aggressive imperialist, perhaps both miss the point. Namely, it may be a futile effort trying to pin Trump down as either an isolationist or an aggressive interventionist. Populist politicians such as Trump win popular support precisely on the basis that they do not conform to the traditional political spectrum, sometimes idiosyncratically. It seems altogether possible that Trump may then idiosyncratically combine isolationist and interventionist positions.

On the other hand, it may be that trying to pin down any coherent position on the part of Trump is a futile effort. Trump’s political views change notoriously fast, to suit the needs of the moment, and Trump is compulsive political liar. For example, John Bolton, a known supporter of American defense of Taiwan, is on the shortlist for Trump’s cabinet. Other known Trump advisors are Peter Navarro and Edwin J. Feulner. However, for any political observers of Taiwanese politics who are hoping that this means Trump secretly harbors a pro-Taiwan stance, Trump has also suddenly lashed out against Taiwan as stealing jobs from America. Again, Trump is anything but consistent.

It is hard to see such individuals like Bolton or others in Trump’s cabinet when the policies they have traditionally stood for seem at such odds to Trump’s rhetoric. It may be that Trump has simply rewarded anybody who has stood by his side consistently, even if their past policy stances seem to be at odds with his, thus creating a team largely consisting of sycophants. 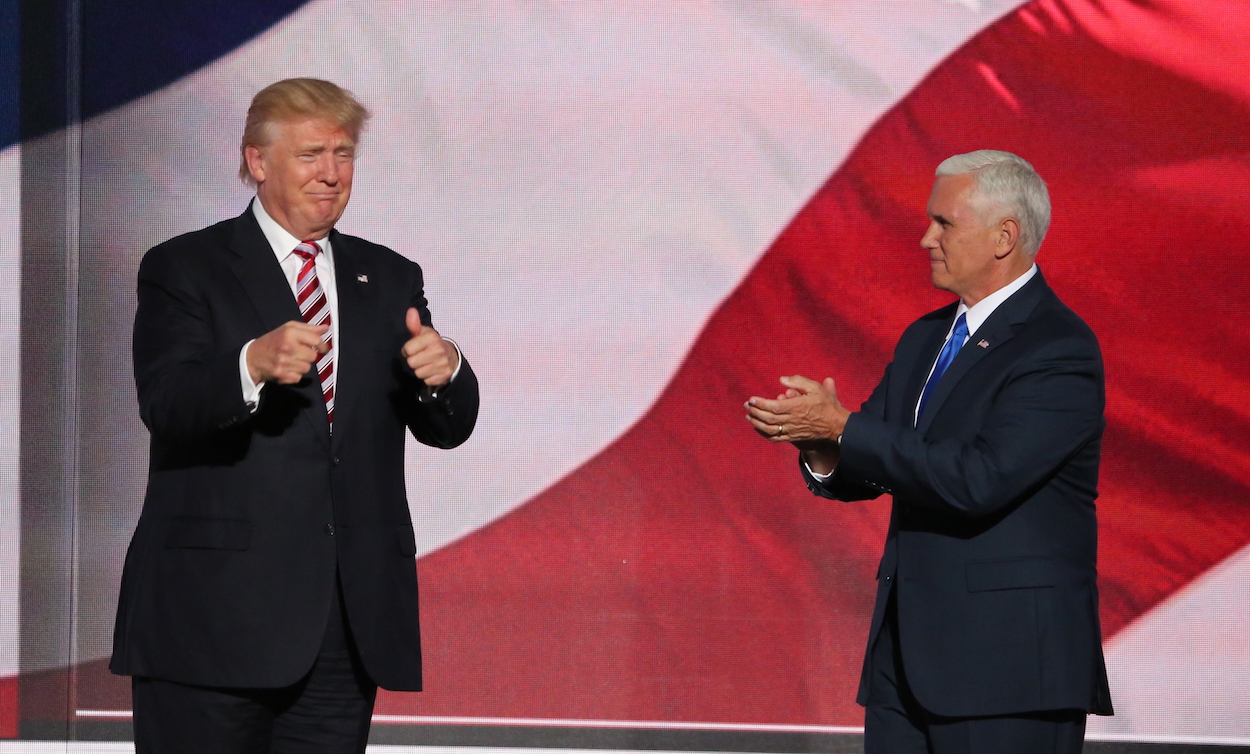 Likewise, as president of the United States and the ostensible commander-in-chief of the American military, irrespective of whether institutions or his advisers will be able to restrain Trump, he could still do much damage with his authority and influence. We live in the age of the Internet and social media, after all, and sudden foreign policy pronouncements made by Trump on Twitter or elsewhere will be taken by other countries as fact, even if Trump cannot necessarily back up such pronouncements. What if Trump were suddenly to begin Tweeting late-night rants against Xi Jinping or Kim Jong-un on Twitter?