Marriage Inequality: Reports of its Death In Taiwan are Greatly Exaggerated

THE LARGEST LGBT Pride Parade in Asia took place in Taipei on October 29. On that same day, President Tsai Ing-wen issued a statement reiterating her support for marriage equality. The day before, the Ministry of Justice (MOJ), which was previously only pushing for a civil partnership bill, changed its position to being open to exploring same-sex marriage legislation. Two days after Tsai’s statement, the Executive Yuan, through its secretary-general, Chen Mei-ling, stated that it would work toward marriage equality. The KMT, DPP and NPP all introduced their own marriage equality bills in the Legislative Yuan recently. Many of the newly appointed justices of the Constitutional Court either openly support marriage equality or are likely to find the law restricting marriage to a woman and a man unconstitutional given their legal ideology. All things considered, there is good reason to believe that Taiwan will soon become the first country in Asia to legalize same-sex marriage, a fact that has not gone unnoticed by the international media.

This optimism soon began to be chipped away this past week when all three marriage equality bills were blocked from the first reading in the Legislative Yuan by the KMT, as part of its procedural maneuvering. While the move was not targeted at these bills, this has nevertheless been disappointing for advocates. 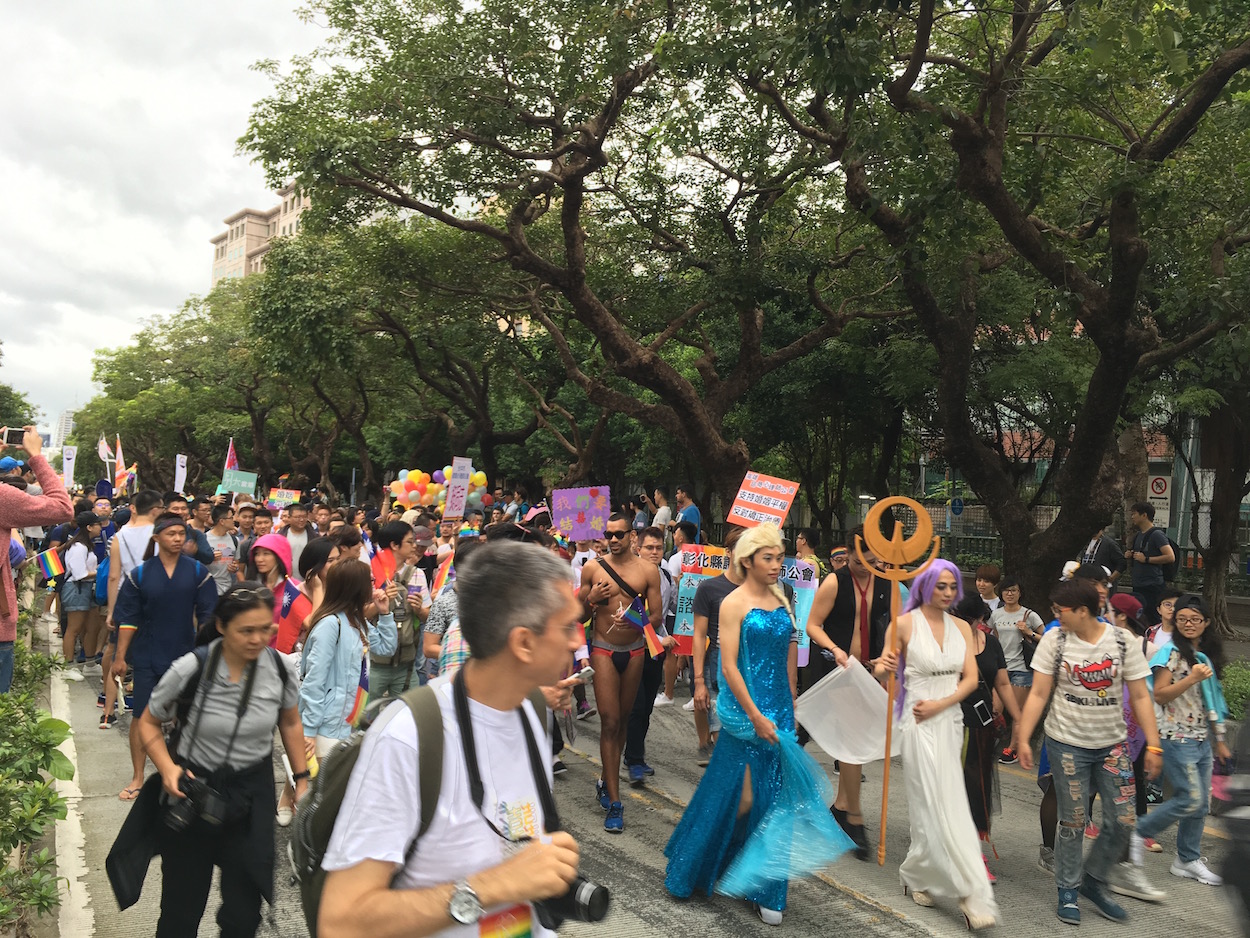 Astute observers, however, probably had much more tempered expectations for the passage of these bills to begin with. This is understandable given that despite the purported support from Tsai and the executive branch, the language they used in recent public statements was quite feeble. Here is a translation of Tsai’s statement on October 29:

“Love should make people feel free, feel equal, feel strong. Last year, I said on Facebook: ‘In the face of love, everyone is equal. I am Tsai Ing-wen, and I support marriage equality.’ This year, although my capacity has changed, the value I believe in has not changed. As three political parties have proposed bills on marriage equality in the current session of the Legislative Yuan, the issue of equality has cross-party support. Yesterday, the Ministry of Justice also responded on this issue. I believe that in the near future, all members of the Legislative Yuan will freely express their opinions on the amendments according to their own beliefs, values, judgments and the direction of public opinion. Regardless of the outcome, I will respect the decision of the Legislative Yuan. Each era will experience some challenges and setbacks before finding a new direction and meaning. All love is equal, and all equality can be persuaded by love. What I used to be, I am now. There are rainbows in Taiwan today. Keep on Believing.”

There are at least three problems with this statement. First, Tsai appears to suggest that marriage is based on love. This is a very limited vision of marriage that minimizes the human rights aspect of this fight for equality. People should be free to marry who they want of any gender regardless of any subjective feelings. If the state sanctions marriages between a woman and a man and gives them rights based on that union, then it should afford the same opportunity to same-sex couples to attain those rights. This is about equal treatment, fairness, and justice. Love has nothing to do with it. Framing this conversation around love instead of justice weakens the rationale for marriage equality as an objective right. What she should have said was, “In the face of law, everyone is equal.” 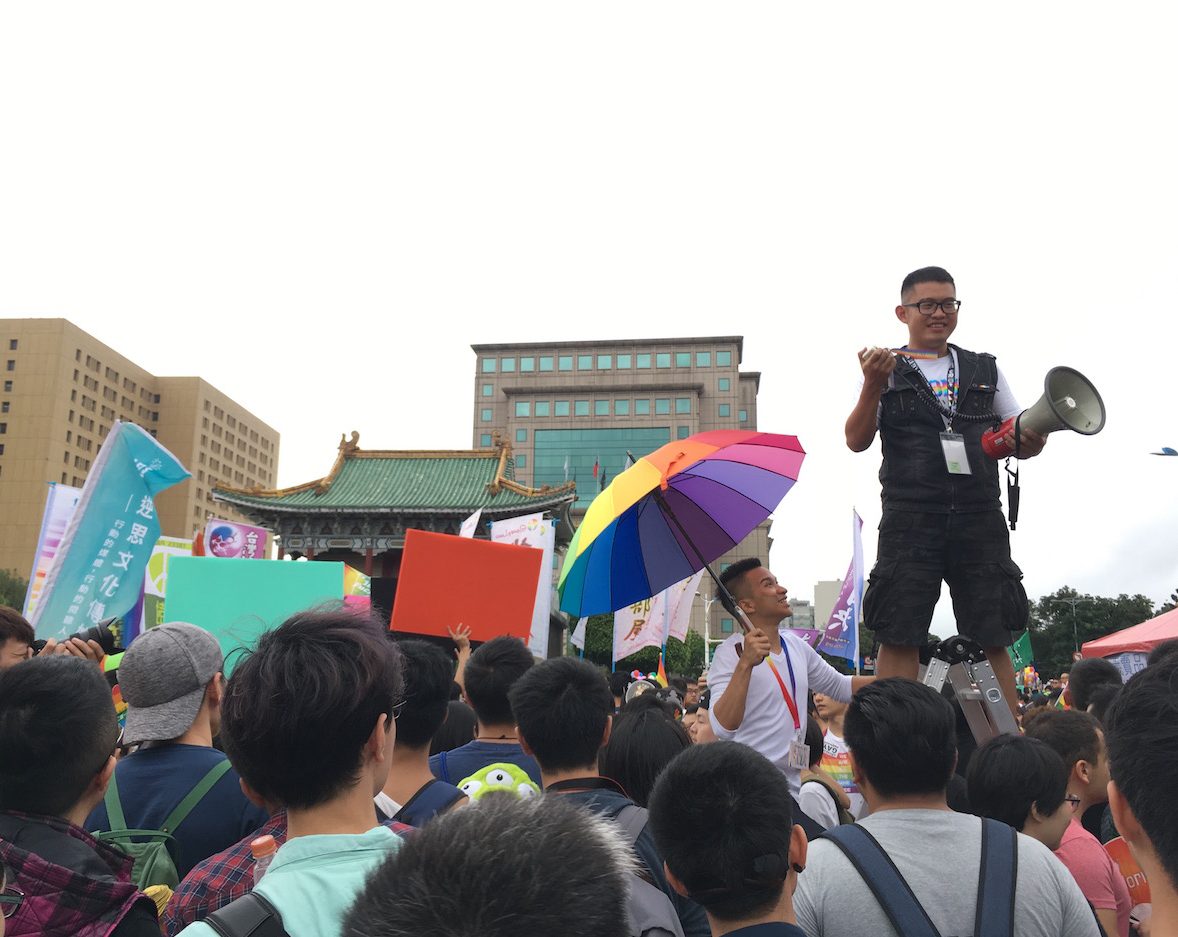 Second, Tsai refers to the MOJ’s statement as if she were a detached bystander. As the president, she appoints the premier. The premier in turn appoints the Minister of Justice. This means she has direct power over the MOJ and can direct its policy on marriage equality if she had the will to do so. But that will is apparently not there.

Third, Tsai states that she will respect the decision of the Legislative Yuan regardless of the outcome. What if the Legislative Yuan were to decide to continuously stall the marriage equality bills? What if legislation were defeated because of some legislators’ belief that same-sex marriage turns straight people gay, leads to legalizing bestiality, or destroys traditional Christian or Chinese notions of the family? What if the DPP caucus leader and Legislative Yuan speaker, also a DPP member, were to vote against marriage equality? Will she respect the outcome even in these situations? These are quite passive positions for the leader of the ruling party and, indeed, the country.

The aforementioned MOJ statement is equally unpersuasive. Soon after the new government was sworn in, the MOJ made it known that it was committed to pursuing a civil partnership bill without ever offering a public explanation for its opposition of, or at least lack of support for a marriage equality bill. It then released a statement after the bills were circulated by legislators, stating that it supports the value of equality and would be open to all possibilities, including options not previously considered. The MOJ set the expectation so low that a statement saying it will do what it should have done from the beginning gets rewarded with approval from the general public. Even if it did not initially support a marriage equality bill unequivocally, the MOJ should have explored it as a possibility, as good lawyers do, instead of unilaterally deciding to pursue the civil partnership path. Its switch from being narrow-minded to simply doing its job should not be lauded. In any case, being open to exploring other possibilities, even with a commitment to equality, is hardly an endorsement of same-sex marriage. 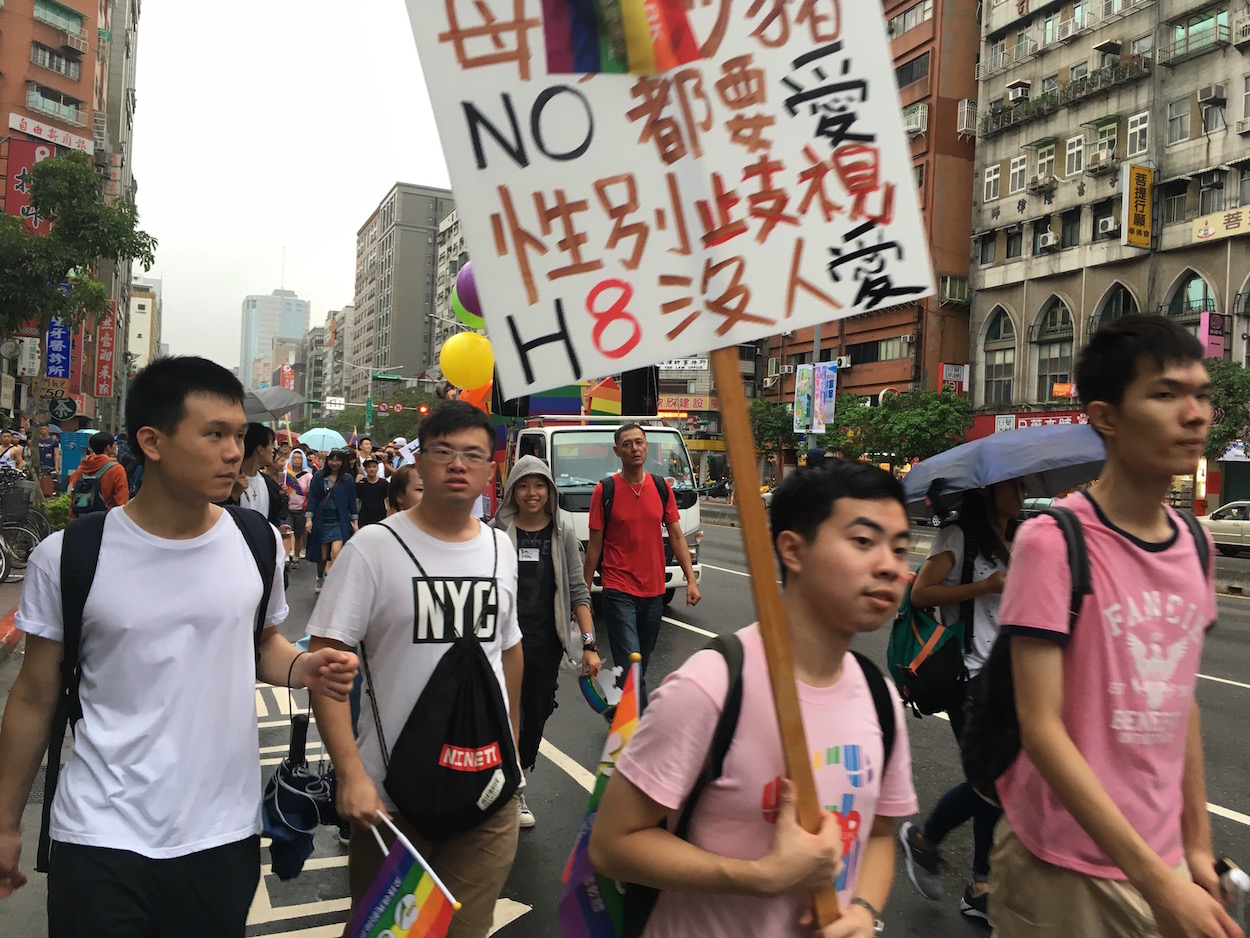 The Executive Yuan’s support of marriage equality was expressed by the secretary-general in response to questioning by a legislator. Is this issue not important enough for a well-considered, proactive statement? Or is it too unimportant for the premier to address? In her answer, the secretary-general said the Executive Yuan will move toward the direction of marriage equality and neither provided a timeline nor explain what that means. Consequently, if the MOJ were to continue to advocate for civil partnerships instead of marriage in the future, the Executive Yuan can still argue that this is consistent with its support for same-sex marriage because it is still technically moving toward that direction.

All in all, the support for same-sex marriage by the executive branch in Taiwan has been tepid. Public statements by the president, MOJ, and Executive Yuan have been praised by advocates as positive signs, which only shows the utter weakness of their previous support. But the Tsai administration can do better. It may very well be possible that same-sex marriage will be legalized soon—the DPP and KMT proposals passed the first readings on Tuesday and the NPP bill is scheduled to be considered on Friday—but this is still an uphill battle made even more difficult by the lukewarm support shown by the executive branch. Given that the previous DPP marriage equality bill also passed the first reading before dying in committee, proponents should manage their expectations and not count the chickens before they hatch. Marriage inequality in Taiwan is likely the law for a while longer. Reports of its death are greatly exaggerated.