FURTHER SPLITS seem to be emerging in the KMT as of late, with former president Ma Ying-Jeou coming into conflict with current chairperson Hung Hsiu-Chu and Alex Tsai, director of the KMT’s Central Policy Committee. Notably, during her stint as presidential candidate of the KMT in 2016 elections before being replaced by Eric Chu, Hung was thought of as a member of the “Mainlander” faction within the KMT led by Ma.

But as current chairperson of the party, stepping into a role Ma formerly occupied, it seems that Hung now has sufficient clout to resist Ma. On the other hand, Tsai was appointed by Hung as part of moves to solidify her authority within the party. Given his reputation as a political hardliner and his vitriolic rhetoric against political opponents in the past, Tsai was likely brought on to serve as Hung’s attack dog. Tsai is one of the most hated members of the KMT by Taiwanese youth activism, as one of the targets of the failed Appendectomy Project aimed at recalling KMT legislatures thought to be corrupt.

It is reported that Hung and Ma argued through a dinner in which a number of KMT party heavyweights were present about the meaning of the “1992 Consensus” and that the staff of Ma’s office sent a reprimand to to Alex Tsai, also regarding the 1992 Consensus. This led Tsai to call Ma’s office a “black institution” and state that Ma should stay out of the present affairs of the party. 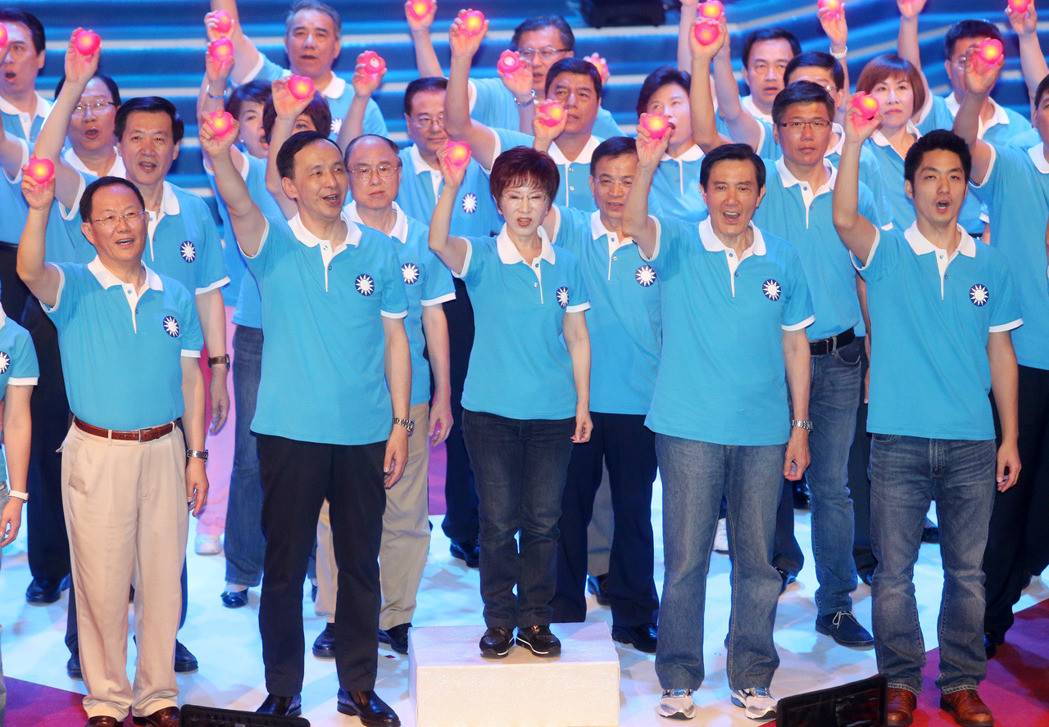 Ma likely still enjoys a great deal of influence within the party, as a former president of the ROC and a former chairperson of the party, but the KMT currently seems to be in the hands of deep Blue diehards led by Hung. It remains to be seen whether Ma criticizing Hung and Tsai means that he intends to take a more proactive role regarding current factional conflict within the party. Hung is seen as having steered the party in a direction increasingly unpopular with the Taiwanese public.

Ma is probably concerned about the present unpopularity of the KMT, seeing as the party is seen as having drawn Taiwan too close to China for comfort in the eyes of the Taiwanese public. It is of course ironic that Ma would criticize Hung and Tsai for this, seeing as it was Ma whose policies aimed at bringing Taiwan closer to China which led to the present unpopularity of the KMT. Likewise, it was not the Hung’s leadership of the KMT which caused to the KMT’s current internal political crisis, but the failures of Ma’s leadership. 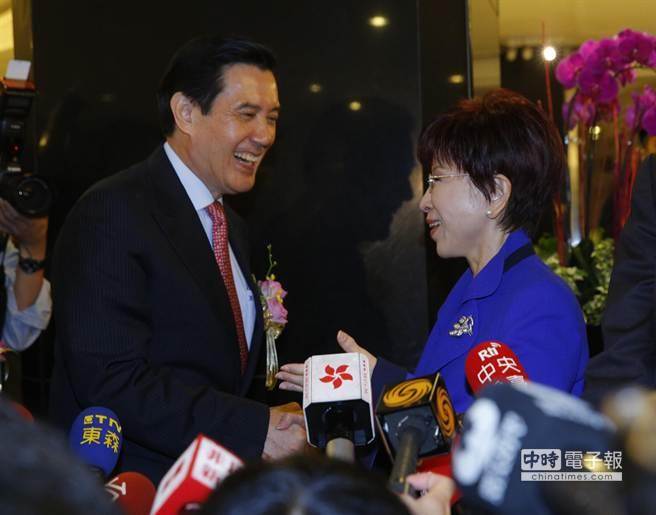 If Hung jettisons the “two interpretations” aspect of the 1992 Consensus at the upcoming meeting between her and Xi Jinping, it was Ma who paved the path for such meetings to occur by first sending Eric Chu to meet Xi in Beijing in May 2015, and then meeting with Xi himself in Singapore in November 2015. During Ma’s own meeting with Xi, Ma did not mention the “two interpretations” aspect of the 1992 Consensus, leading to perceptions that Ma was attempting to jettison “two interpretations” in favor of only “One China”—the so called “One China Principle”. Now Hung threatens to do this.

But if the actions of the comparatively moderate “Mainlander” establishment under Ma was what prompted current backlash against the KMT from members of the public, the current leadership of the party under Hung deep Blue diehards has only made the KMT more unpopular with the public through its extreme stances. This has only accentuated the political crisis within the KMT. And if Ma is now attempting to take a more proactive role, then is only attempting to clean up the mess he himself created. Too little, too late for the KMT, most likely.