A General Rosiness About Authoritarian Regimes In Asia By Western Media?

FOLLOWING THE death of Thai monarch Bhumibol Adulyadej, Thailand’s political future is up in the air. Thailand is currently presided over by a military junta which seized power in a 2014 coup that overthrew Thailand’s civilian government. One reason why the military junta which currently rules Thailand can continue to hold onto the reins of power was because of the popularity of Bhumibol, Bhumibol continuing to preside over the government after the military junta came to power. Bhumibol, with a rule of seventy years at the time of his death, was the world’s longest ruling monarch. Bhumibol enjoyed tremendous popularity during his lifetime as a figure seen by the public as representative of the Thai nation in spite of numerous regime changes and military coups in the past century.

But the heir apparent to the throne, Prince Vajiralongkorn, is unpopular with the public, seeing as he is a figure known for his extravagant lifestyle and has caused numerous public incidents in the past. As a result, some prefer that Princess Maha Chakri Sirindhorn take power instead, and it is possible that a power struggle for the monarchy will break out. Likewise, it is questioned whether the Thai public will continue to be as tolerant of rule by Thailand’s current military regime without the figurehead of Bhumibol. 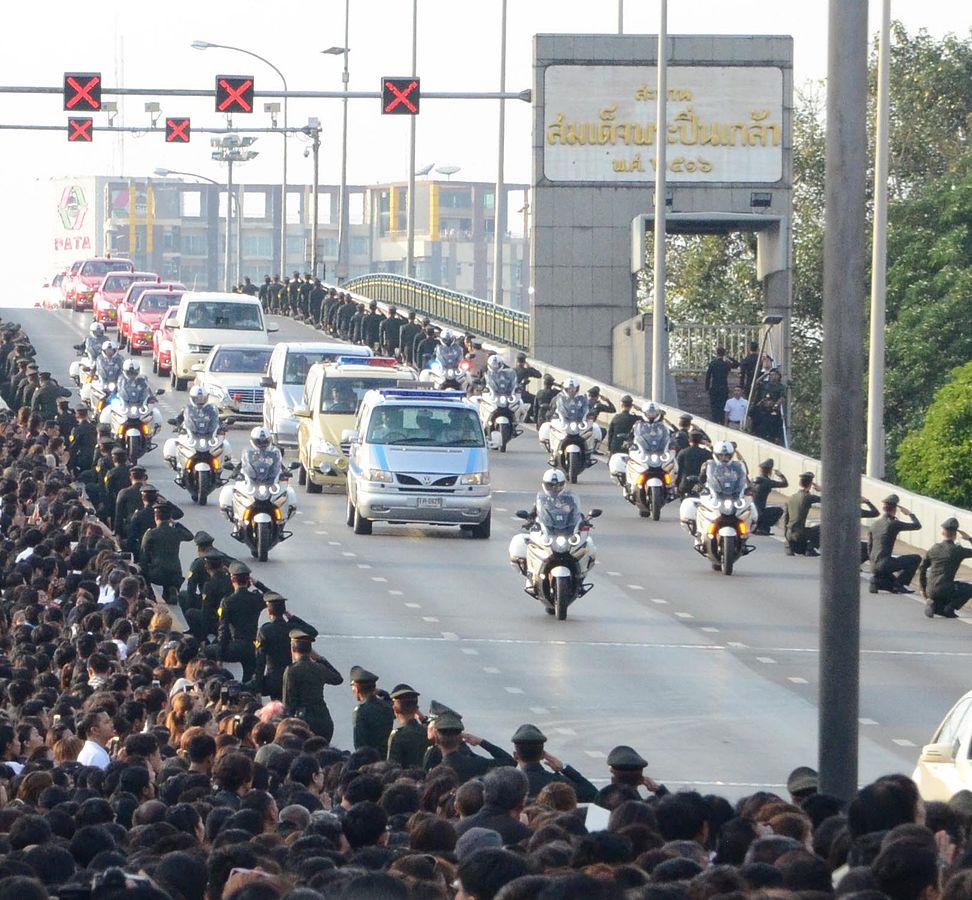 Yet a controversy has recently erupted about western commentators’ rosy coverage of Bhumibol’s rule when Bhumibol was complicit with multiple authoritarian regimes in Thailand. This includes support of right-wing royalist death squads that executed student demonstrators in the name of anti-Communism in the 1970s. Indeed, much of Bhumibol’s popularity was the product of a state-enforced cult of personality. This perhaps points to broader problems regarding how western academia and journalism treats authoritarian regimes in Asia. In the case of Thailand, part of western media’s failure to call out Bhumibol’s complicity with military regimes was because it allowed itself to be seduced by Bhumibol’s personality cult and was too unquestioning of the narratives fed to it by the state.

With talk of Bhumibol’s “semi-divine” status among the Thai people, one suspects that part of why western media was so uncritical of the Thai monarchy was because it bought into the traditionalist mystique of Thai royalist institutions. Oftentimes, one finds that non-western authoritarian regimes curb western criticisms by framing what are at heart despotic institutions in culturalist terms, and appealing to a combination of western Orientalism and cultural pluralism. For example, many western commentators have been taken with Bhutan’s measurement of Gross National Happiness in government planning, seeing this as a sign of Bhutan’s spiritually enlightened leadership. Officially government measurement of Gross National Happiness was instituted by Bhutan’s fourth Dragon King, Jigme Singye Wangchuck in 1972. But, if this has had the effect of making Bhutan and its monarchical institutions seem more enlightened than secular western governments for some, this scarcely changes the fact that Bhutan is a country with a poor human rights record. Religions outside of Buddhism are persecuted in Bhutan and the Lhotshampa ethnic minority faces discrimination and forcible eviction from their traditional lands.

While Bhutan and Thailand are Southeast Asian examples, one finds a similar phenomenon with journalistic and academic treatment of East Asia, with a blindness about the persistence of authoritarian influences in government. With the view that East Asian countries naturally became capitalist democracies due to the influences of the free market by the 1990s, this was seen by some as demonstrating the inherent link between the free market economy and democratization, as part of the Fukuyamaian “end of history” following the collapse of the Soviet Union. With talk of the “East Asian economic miracle”, it was claimed that cultural factors led to the rapid economic growth seen in East Asian countries in the post-war period, rather than, for example, the more obvious factor of massive government subsidies from the United States which occurred in the post-World War II economic vacuum. 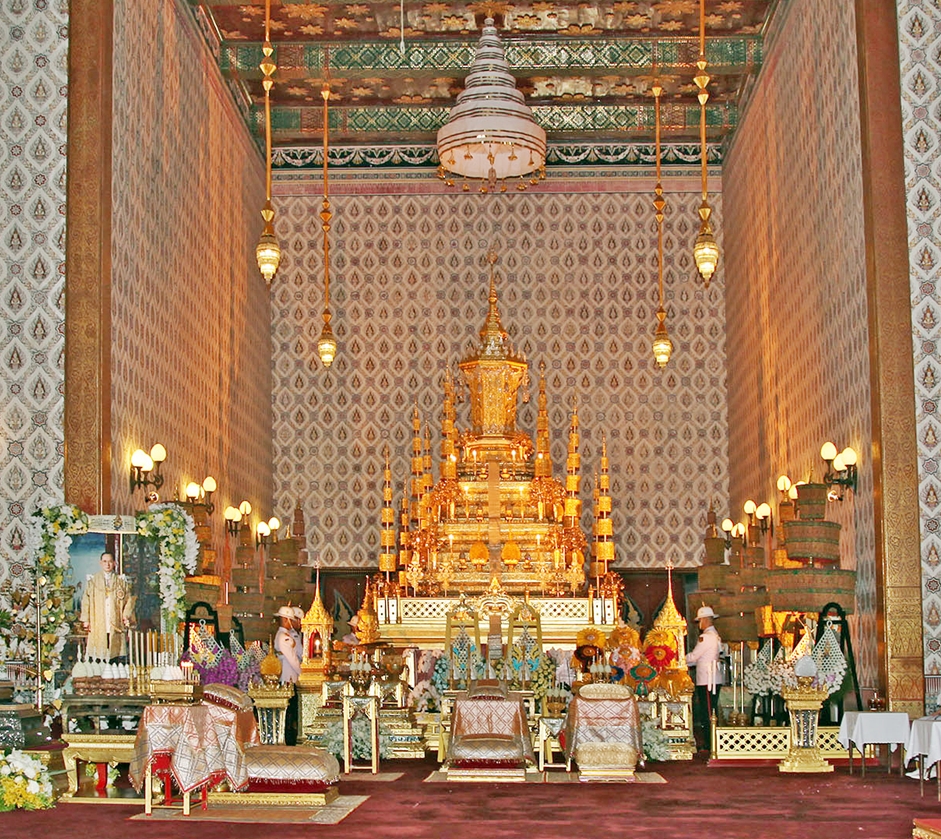 Yet as a result, western journalism and academia has often turned a blind eye to the continued traces of authoritarianism in government institutions and political life in ostensibly “post-authoritarian” East Asian countries, with economic success serving to mask the lingering traces of authoritarianism. Indeed, the present resurgence of far-right wing nationalists in South Korea or that past criminals of the authoritarian period still continue to hold high political positions in Taiwan point to how both countries are not as “post-authoritarian” as some claim they are. While Japan never had a period of authoritarian rule in the post-war period, it is also questionable to call Japan a democracy, when the Liberal Democratic Party has ruled almost unchallenged since the end of World War II and Japan has never had any powerful second party able to stand on equal footing with the Liberal Democratic Party.

The claim that cultural factors were behind the “East Asian economic miracle” was a claim was often advanced by the developmentalist state to begin with, with economic success used to legitimize authoritarian state rule. After the end of overt authoritarian rule in East Asian countries, it continues to be that economic success is used to defend the actions of political actors whose actions harken back to past authoritarianism. We can see this, for example, with praise of Shinzo Abe’s “Abenomics” as overshadowing the infringements on free speech which have occurred under his tenure, or praise of Ma Ying-Jeou’s cross-straits policy, never mind the decline in Taiwan’s political freedoms under his presidency.

Between Southeast Asian and East Asian examples, we find that western journalism and academia is sometimes all too uncritical of authoritarian political regimes. Sometimes this occurs because western commentators are too eager to accept the self-justification of authoritarian state actors. But in particular, where journalism and academia are concerned, this may be endemic to the profession.

Namely, as journalists or academics may be denied access to their journalistic or research subjects by state actors, this leads to journalists and academics going out of their way to please state actors. Sometimes this leads to journalists and academics accepting the narrative of authoritarian political actors too easily and failing to be critical. Other times, they became taken in by the culturalist mystique of authoritarian regimes altogether. Ultimately, if the death of Bhumibol of Thailand has raised such questions in regards to the western commentators’ treatment of Thailand, this may be a far larger problem of how western commentators relate to Asian countries.