THE INTERNATIONAL Design House Exhibition caps off Taipei’s time as World Design Capital 2016, but ultimately presents a vision of the city as an aestheticized consumer capital through an overemphasis on designer consumer products. The exhibition raises the question of whether presenting Taipei as a consumer capital was the goal of the city’s tenure as World Design Capital 2016.

The exhibition comprises six pavilions in Songshan Cultural and Creative Park and runs from October 13th to October 30th. The first pavilion, entitled “The Power of Taiwan Design,” features a number of Taiwanese products by local companies, ranging from meat products to bicycles and electronics. The second pavilion, entitled “Visual Taipei,” is the standout of the exhibition, featuring works by international and local graphic artists, and honing in on artists’ perceptions of Taiwan. The third and fourth pavilions share the same theme of featuring design works from international cities. This largely consists of showing off designer consumer products from international cities as Osaka, Beijing, or Helsinki. The fifth pavilion, entitled “From Ink to Apparel,” showcases designer apparel based off of the theme of Chinese calligraphy through collaboration between fashion designers and calligrapher Tong Yang-Tze. The sixth and last pavilion, “Taipei Issuuuue”, focuses on designers’ attempts to address social problems in Taiwan such as pollution or elderly care. 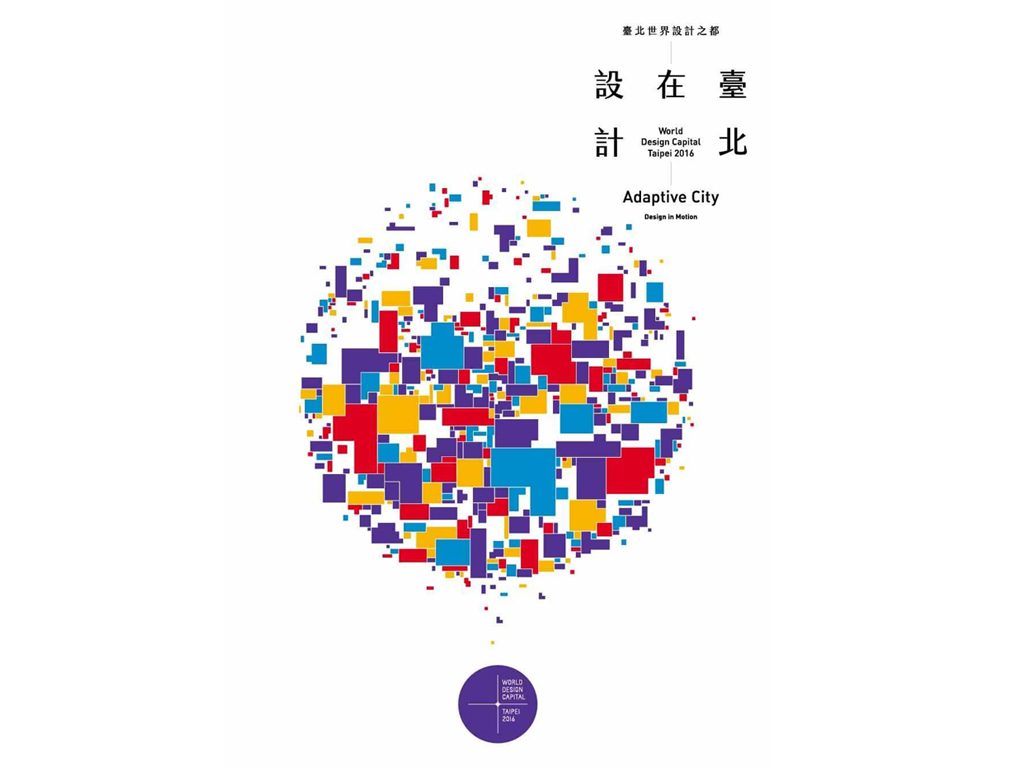 Although the International Design House Exhibition should aim to showcase Taipei as World Design Capital 2016, the city is largely absent from the exhibition. To be sure, showcasing Taipei is outside of the aims of the third and fourth pavilions, which are internationally oriented. But the odd absence of Taipei from an exhibition ostensibly meant to showcase the city is a general flaw of the exhibition as a whole.

The fifth pavilion, “From Ink to Apparel”, touches on general themes of synthesizing Chinese tradition and modernity, but has little which specifically speaks to Taipei or Taiwan. At this point, the notion of featuring designer clothing based off Chinese tradition is generally imitative and stale, particularly after the global discussion prompted by Alexander McQueen’s 2015 exhibition at the Metropolitan Museum of Art, “China: Through the Looking Glass”.

The sixth pavilion, “Taipei Issuuuue”, showcases designers’ attempts to address social issues while suffering from the fatal flaw of trying to dance around politics. Much of the truly interesting design of recent years has been through the intersection of artists and social movements. But given that this exhibition was organized by the Taipei city government, “Taipei Issuuuue” hews away from the directly political despite some acknowledgement of the rise of Taiwanese civil society. As such, “Taipei Issuuuue” does not address the truly original attempts by designers to tackle social issues in recent years, which are precisely those works of art in recent years which have a uniquely Taiwanese flavor. The issue with “Taipei Issuuuue”, then, is that it sticks to generalities only.

It can be dismaying to go through an exhibition and find a gift shop waiting at the end, cheapening the experience, and suggesting that this was the true point of the exhibition. Yet there is a sense of continuity after exiting the International Design House Exhibition and arriving at the Eslite Spectrum shopping mall. While browsing through Eslite Spectrum after going through the International Design House Exhibition, I found myself thinking that the experience did not feel different from much of the exhibition. After all, at many of its locations, Eslite is less a bookstore and more a shopping mall which dresses itself up in the guise of a bookstore. This presentation seems to resonate with the aims of the International Design House Exhibition and the Taipei city government hopes to accomplish through touting Taipei as the World Design Capital.

Taipei did not win the title of World Design Capital 2016 so much as the city paid for it, winning in large part because it was the only city to submit a bid for the title. The city government likely paid upwards of ten million NTD in hosting fees to the International Council of Societies of Industrial Design, given that hosting fees for the 2018 World Design Capital are 600,000 CAD (14.3 million NTD).

In that light, Taipei’s title as the World Design Capital 2016, and exhibitions such as the International Design House Exhibition, appears less like an award or honor for Taipei and more like an attempt to establish a commercial brand for the city. The city government’s attempt to position Taipei as an artsy city is likely an attempt to draw in tourists by establishing Taipei as aestheticized consumer capital. Taipei cannot compete in size with other regional capitals as Tokyo, Seoul, or Beijing, so it must rely on soft power to draw in tourists. As a result, one paradoxically finds consumerism and commercialism at the heart of attempts to establish Taipei as an artistically engaging city.