THE TAIPEI BIENNIAL 2016, running until February 6, 2017, is somewhat of a hodgepodge. This year’s exhibition is the tenth one, featuring both local and international artists and curation by Corinne Diserens, director of the Ecole de Recherche Graphique. Although the Taipei Biennial began in 1998 and is one of the oldest international biennials in Asia, with Taiwan’s inability to compete with larger, more well-funded biennials in Asia or elsewhere, the scope of the 2016 Taipei Biennial is decidedly modest in nature. Notably, the Taipei Biennial is not organized by an independent body, but by the Taipei Fine Arts Museum.

Although Diserens apparently did not know much about much about Taiwanese art beforehand and only travelled to Taipei three times to prepare for the Biennial, the 2016 Taipei Biennial features more Taiwanese artists than any other past biennial with more than 34 out of 76 artists being Taiwanese. This is part of the scaling down of the Biennial, which has  an inability to host international artists and thus a greater focus on local artists.

Yet apart from the Biennial’s oddly imposed and perhaps stereotypically Foucauldian theme of “Gestures and archives of the present, genealogies of the future,” the Biennial suffers from its failure to cohere around even its stated theme, instead coming across as a disarrayed assortment of artworks. Accordingly, despite the near-even number of Taiwanese artists and artists from abroad, the Biennial fails to put local artists in conversation with international ones and vice-versa. 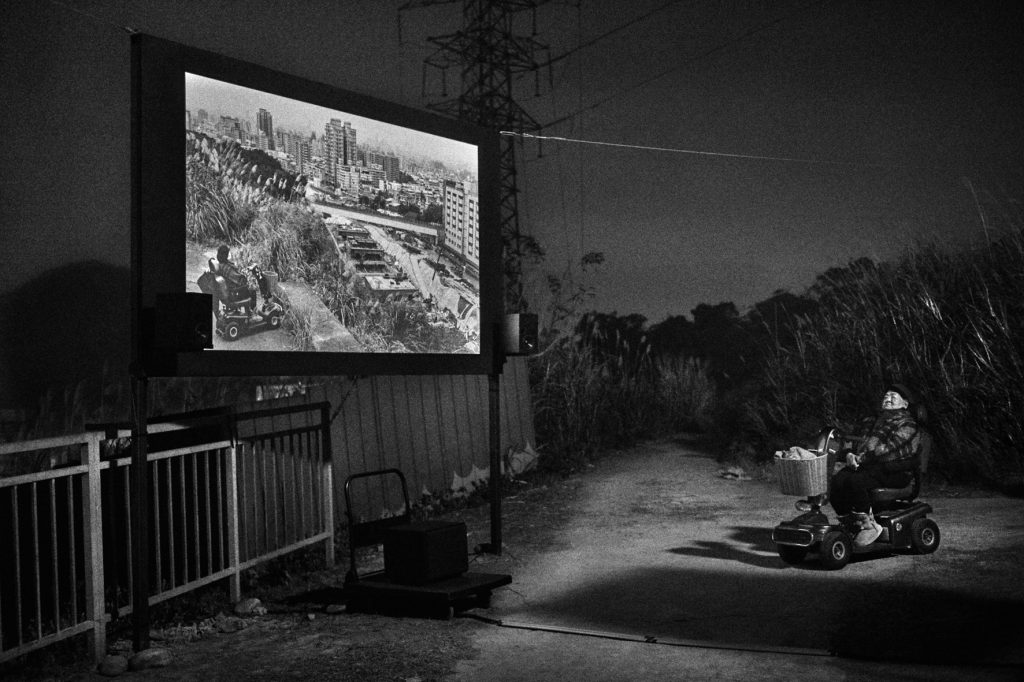 Some have suggested that the 2016 Taipei Biennial aspires towards a sort of pan-Asianism in exploring the locality of Asia, with artists as Vietnamese Lương Trần or South Korea’s Ham Kyung-ah featured alongside Taiwanese artists. In actuality, the Biennial is divided awkwardly between Taiwanese artists and their peers from abroad.

The work of Taiwanese artists featured in the Biennial for the most part documents Taiwanese artist-activists’ involvement with recent demonstrations about environmental damage or forced evictions. These include photographs by Yi-Chih Lai of the often protested Mailiao Naphtha Cracker and video art by Chen Chieh-Jen concerning the demolition of Luosheng Sanatorium.  part from the documentary or educational value of these works about social issues in Taiwan or the interest of Taiwanese artists in social issues, many of these works do not  provoke deeper aesthetic or philosophical contemplation.

Similarly, the work of non-Taiwanese artists featured in the Biennial for the most part fail to provoke contemplation, and rather strike as merely cataloguing different, random localities across the world. Apart from Asian artists from Vietnam and South Korea, Africa becomes another locality honed in upon, with Santu Mofokeng’s photographs of South Africa under Apartheid and Jo Ratcliffe’s photographs of Angola following civil war , and the screening of documentary film by Angela Ferreira about anthropological research in Mozambique.

What is the common thread in the Biennial, then? The Biennial itself makes the heady claim that it asks artists to “critique institutional bureaucracy and its structural violence in such a way that human imagination and radical thought do not lose their vital center,” with a citation of anthropologist David Graeber. Perhaps this is why there is a theme of documenting social movements with regard to the Biennial’s featured Taiwanese artists, going along with Diserens’s background in May 1968 French radicalism.

In reality the Biennial just comes across as the cataloguing of different post-authoritarian countries, whether in Asia, Africa, or elsewhere. As such, though one may learn about the history of different authoritarian regimes around the world from the exhibition, the curation of the Biennial does not provoke further thought. Even the claimed focus on critique of institutional bureaucracy and the vital center radical thought strikes as a pretension which is not reflected in the Biennial’s choice of artworks present. Accordingly, the Taipei Biennial 2016 not only fails to live up to its claimed aims, but in and of itself does not cohere as an exhibition.