Unsurprisingly, six of the eight local government heads are members of the KMT, the other two not being members of the KMT but independents affiliated with the pan-Blue coalition. Some have accused these local government officials of seeking kickbacks from China, even as government heads claim that they were acting in the interests of their constituencies in trying to build stronger ties with China. This has been seen by some as indicating continued “United Front” activity by China. But, as pointed out by J. Michael Cole and others, this action of China’s would clearly be an attempt to get around Tsai Ing-Wen’s non-acknowledgement of the 1992 Consensus by cultivating ties with local government officials. This would also be nothing new, China having engaged in similar efforts under the Chen Shui-Bian administration.

Will the Visit Backfire for the CCP?

MORE BROADLY, this visit indicates that China is continuing a strategy of cultivating friendly forces in Taiwan in order to try to undermine Tsai’s DPP administration. This would include developing ties with local politicians, the KMT, and business interests, these being the tactics of the so-called “United Front”. However, this strategy can backfire, with the friendly forces China attempts to cultivate in Taiwan being accused of being China’s stooges and this actually consolidating resistance against Chinese encroachment on Taiwanese sovereignty. Backlash against media conglomerates bought out by Chinese business interests and acting as China’s proxies was one of the factors provoking the rise of Taiwanese youth activism before the Sunflower movement, for instance. Similarly, though Taipei mayor Ko Wen-Je’s own motivations for attempting to conduct city-to-city exchanges with China was probably with a more pro-Taiwan agenda in mind than not, this led to backlash against Ko for willingly or unwillingly serving as Beijing’s stooge and accusations that Ko had sold Taiwan out to China. 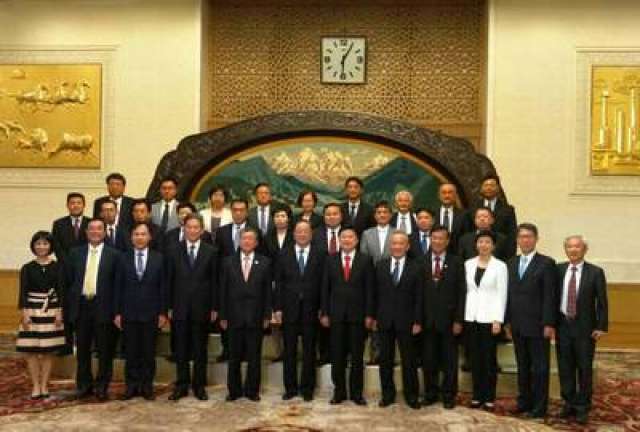 Indeed, though China no longer has a China-friendly KMT administration with which it can conduct cross-straits exchanges, China does not appear to be changing course in its dealings with the DPP. As indicated by the fact that the delegation of local government heads to China consisted entirely of pan-Blue politicians, China will continue to try and prop up political forces it perceives to be more friendly to it in the pan-Blue camp, and to refuse to deal with the DPP. After the battering the KMT took in 2016 elections, some contemplated whether China would be flexible enough to switch course and to try and accommodate itself to the DPP, with the aim of being able to co-opt the DPP. Nevertheless, it appears that China is intent on continuing to stonewall the DPP, although one actually suspects that the alternative might have been a more successful strategy than China continuing to yoke its fortunes in Taiwan to a sinking ship—that of the KMT.

Will the Visit Backfire for the KMT?

IT MAY BE that in sending a delegation of local government heads belonging to its political camp to Beijing, the KMT wishes to stage a comeback from its present disarray by depicting itself as the only political party in Taiwan able to conduct the cross-strait exchanges with China needed for economic prosperity in Taiwan, this being a result of its special historical relationship with the CCP. The KMT has been emphatic that the drop in Chinese tourists visiting Taiwan, possibly as a result of worsening cross-strait relations, severely impacts Taiwan’s economy—and that this calls for a renewing of strong cross-strait ties, presumably under KMT leadership. The KMT attempted to frame its recent victory in a by-election for mayor of Hualien as a result of Taiwanese voters being dissatisfied with Tsai Ing-Wen’s non-acknowledgement of the 1992 Consensus and dropping tourist numbers leading to dissatisfaction with Tsai’s foreign policy. Hualien county commissioner Fu Kun-Chi was notably among the delegation to Beijing.

KMT party chairperson Hung Hsiu-Chu has stated that given the KMT’s lack of faith in Tsai Ing-Wen’s ability to maintain peaceful cross-strait relations with China, the party does not rule out directly conducting relations with China on its own. This would presumably be along the lines of the meeting between Eric Chu and Xi Jinping which occurred in Beijing in May 2015 in their capacities as party chairpersons of the KMT and CCP respectively. This meeting later led to the subsequent meeting between Ma Ying-Jeou and Xi Jinping which occurred in their respective capacities as heads of state of the ROC and PRC in November 2015, an historically significant meeting between heads of state of the ROC and PRC and the first of its kind since the Chinese Civil War. 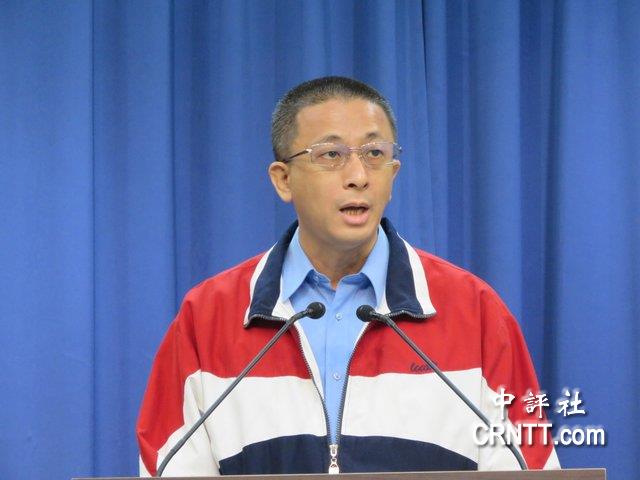 The Chu-Xi meeting set a precedent which the KMT can draw on to conduct future meetings with China, and the purpose of the most recent meeting of local government heads with Chinese government officials may be to scale up to such a meeting. Hung may be gunning for a similar meeting with Xi as Chu’s, Hung actually having been part of the delegation that went with Chu to meet with Xi in Beijing. Such a meeting would, in fact, largely be a photo op, seeing as KMT and CCP officials do not need to physically meet publicly in order to be in contact or to politically coordinate, as already likely happens through unofficial channels. Neither would a meeting of KMT local government heads with Chinese officials nor a meeting of a KMT party chairperson with a CCP party chairperson can actually lead to signed agreements, seeing as this authority rests with the Ministry of Foreign Affairs, so such a meeting would be largely symbolic in nature despite that the recent meeting of Taiwanese local officials with Chinese government officials led to promises to step up cooperation on both sides of the strait. Again, while the visit of local government officials to China is reminiscent of similar efforts that occurred under the Chen Shui-Bian administration, with such a hypothetical meeting, there is also the similar precedent of Lien Chan’s high profile 2005 visit to China.

Accordingly, the idea would be to raise the specter of cross-strait relations, an issue which has in the past been a deciding factor in how the Taiwanese electorate votes, and hope this influences Taiwanese away from “separatist ideology”. But one suspects that this will not be effective or, in fact, may backfire altogether. The results of past elections indicate that Taiwanese primarily voted based on domestic issues, rather than international ones, suggesting that raising the specter of cross-strait relations may not work anymore.

Likewise, the past several years have seen a surge in Taiwanese identity, as expressed in events such as the Sunflower movement. Thus, the KMT seeking to institute pro-China policies through undemocratic means provokes blowback. Blowback against the KMT taking Taiwanese foreign policy into its own hands is evidenced in, for example, large public anger against the KMT after Eric Chu’s meeting with Xi but what seems to have been comparatively less anger against Ma Ying-jeou for meeting with Xi—this being because Ma did so in his official capacity as head of state of the ROC and not as part of the KMT. 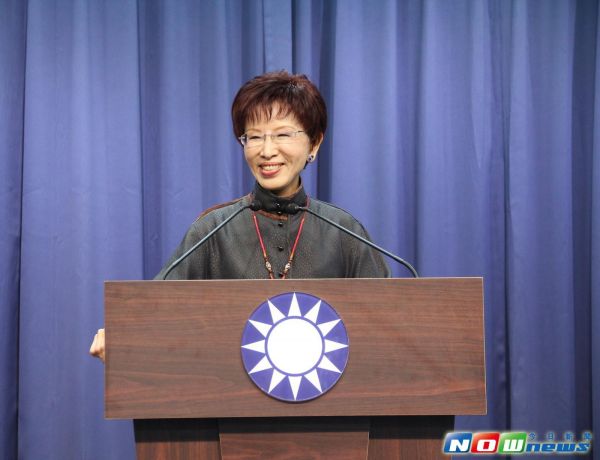 As such, if the KMT, under Hung Hsiu-Chu, tries to supersede the ROC state establishment that it otherwise clings to in attempting to conduct relations with China, this may provoke further backlash against the KMT for acting on its own. The KMT will be seen not only as selling out Taiwan to China by acting in its own interests and not those of Taiwan but also as acting undemocratically because it is the Tsai administration which has the mandate of the people, after having been voted in by them in 2016 elections.

Indeed, with the KMT presently in crisis, the continued charge of being “undemocratic” may be the final nail in the coffin for the KMT. With the passing of transitional justice legislation and legislation to limit the party assets of the KMT, recent instances in which the KMT has expressed a worldview of having a privileged relation to the ROC or even continuing to “own” the ROC are many—never mind that Taiwan is ostensibly a democracy at this point. Continued grassroots cooperation with undemocratic China only adds to this perception. Thus the KMT is treading on thin ice at this point where actions that lead to the charge of it being “undemocratic” are concerned.