The Precarious Politics of the Panda

WHEN THE giant panda was recently reclassified as a “vulnerable” rather than an “endangered” species by the International Union for Conservation of Nature, this being largely a product of Chinese conservation efforts, the response of the Chinese State Forestry Administration was surprising. Far from the jubilant, the State Forestry Administration responded, “If we downgrade [pandas’] conservation status and our protection work is reduced, our achievements would be quickly forgotten.” Yet perhaps this response is also quite telling.

Certainly, it is quite true that the International Union for Conservation of Nature can at times act prematurely in taking animals off of the endangered species list when there still remain significant challenges for their preservation. But who knows? Perhaps it is that the Chinese government does not actually wish for the panda bear to be taken off of the endangered species’ list.

Namely, the panda bear and its reputation for cuteness worldwide has made it a significant cultural ambassador for China. In that way, the panda has done wonders for China’s soft power initiatives globally. Some have termed this “panda diplomacy.” China sending pandas to other countries was a practice that began during the Cold War, but after the opening up of China and normalization of relations with other states, China began loaning pandas to other nations on ten year terms. Standard loan terms are that $1,000,000 is to be paid to China yearly and that any cubs produced by panda pairs are to be Chinese property. 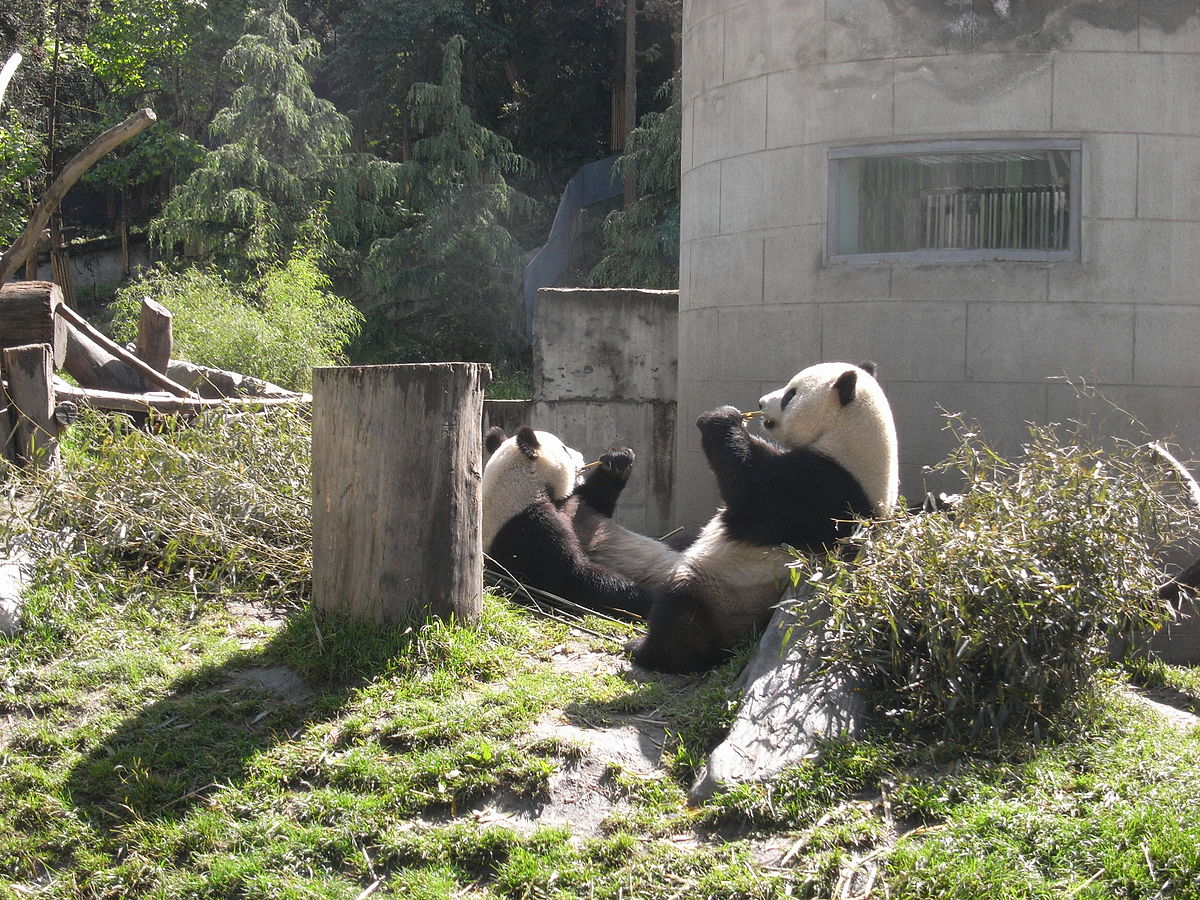 Panda bears have thus sometimes become strangely politicized territory between nations. The panda bear pair that was sent to Taiwan in 2008 China were named “Tuan Tuan” and “Yuan Yuan”. The word “Tuanyuan” means “reunification” in Chinese. As such, the sending of the pandas to Taiwan provoked controversy from members of the DPP and the independence-leaning pan-Green political camp. Though the initial offer of the bears was made after Lien Chan of the KMT’s visit to China in 2005, the offer was initially rebuffed under Chen Shui-Bian’s DPP administration, before later being accepted under Ma Ying-Jeou’s KMT administration.

Shortly before the inauguration of Tsai Ing-Wen as president, rumors began to circulate in China of the death of “Tuan Tuan” at the Taipei Zoo—this presumably marking an ill omen of the inauguration of a DPP president of Taiwan. The rumor was later confirmed to be false by the Taipei Zoo, however, the zoo releasing a picture of an alive and well Tuan Tuan in front of current newspapers.

Likewise, with continued territorial disputes between China and Japan about the Senkaku Islands and the pregnancy of the panda Shin Shin in Ueno Zoo, Tokyo governor and noted far-right wing nationalist politician Shintaro Ishihara would suggest in 2005 that the cub that would be born to Shin Shin should be named “Sen Sen” or “Kaku Kaku”. That way, Ishihara joked, when the cub was sent back to China, China could have “Senkaku”. Unfortunately, the cub would die shortly after birth, before it could be named. 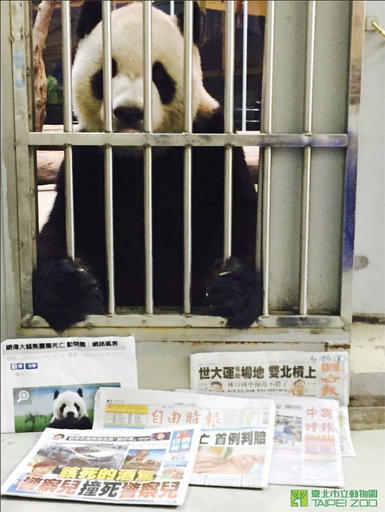 Tuan Tuan in front of newspapers in a photo taken by Taipei Zoo to disprove rumors of his death.  Photo credit: Taipei Zoo

The panda bear is sometimes much beloved in countries which otherwise are often at loggerheads with China, such as Japan. But apart from the panda bear proving a valuable source of income for China and useful for China’s soft power agenda in that way, it may be that China fears that the panda bear will lose some of its appeal if it is no longer an endangered species. The Chinese State Forestry Administration’s statement that it feared its “achievements being forgotten” is telling.