Living In A City of Sadness: Hou Hsiao-hsien On KMT Occupation

This article is part of a series of features that will explore the films and figures that have defined and continue to define Taiwanese cinema and culture. Taiwan’s unique history and late entrance into the global film sphere has allowed the island to play host to a myriad of hidden gems worth highlighting. Join us as we delve into the minds of Taiwan’s greatest directors and see how they bring the country’s identity, people and culture onto the silver screen.

A CITY OF SADNESS marked a pivotal release for Hou Hsiao-Hsien and Taiwanese cinema. In the late 1980s, Hou Hsiao-Hsien was already on the radar within international critic circles, thanks largely to the semi-autobiographical The Time to Live and the Time to Die. The Time to Live and the Time to Die, along with some other pictures he had released at the time—namely The Boys from Fengkuei and A Summer at Grandpa’s, proved Hou’s ability to capture intimate, small-scale family tales. But even against the backdrop of rural villages, Hou has always kept his eye on the politics that dominate the island—for good reason. The shifts in political power and enactment of laws and rules often disproportionately affect the disenfranchised—the subjects of Hou’s films.

A City of Sadness can be seen as a culmination of Hou Hsiao-Hsien’s earlier efforts. It’s a sweeping drama that investigates how KMT occupation affects the lives of three brothers, through the 228 Incident and the subsequent White Terror. Broader in scope than his previous films, A City of Sadness solidified Hou’s place in the international space while reinvigorating discussion on Taiwan’s past.

The film opens with the offscreen screams of a woman in labor. She’s the wife of Wen-heung, played by Sung Young Chen, one of the main brothers in the film. As she gives birth to her child, we hear an announcement on Japan’s surrender, ending World War II and liberating Taiwan. A literal birth of a nation came through pain, but as any parent can attest, the challenges have only begun. 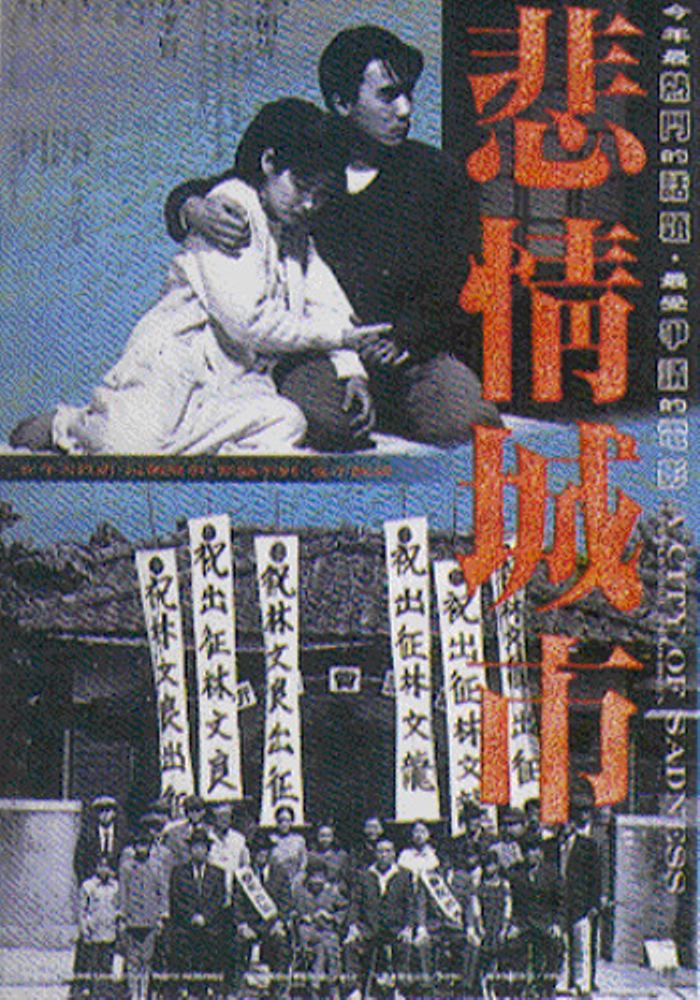 Film poster for A City Of Sadness

As the first film to depict KMT occupation and martial law in Taiwan, Hou had to straddle a line that exposed the harsh realities of the government, but also embody the humanity that existed at the local level—it’s sometimes too easy to equate government with people. This is especially delicate here as it’s not only the dynamic between those pro-KMT and against, but also with regard to Japanese occupants and mainlanders. Hou introduces a host of side characters that act as vessels into the complex relationships that existed—and continue to exist—on the island. Hou uses many long—and longing—shots of villages and mountains here, giving room for the minor characters to navigate and live. These people of different backgrounds and beliefs form an elaborate web of connections. In these moments, the beauty and pain of the island unravels itself.

At the center is Wen-ching, youngest brother, played by Tony Leung Chiu Wai. While the loud, short-tempered Wen-heung laments that he turned from being labeled a gangster by the Japanese to being pigeonholed into the same role by the KMT, the deaf-mute Wen-ching’s gentle demeanor makes him a more appealing focal point. Wen-heung’s rebellious nature illustrates the tug and pull between the government and the people, Wen-ching’s suffering and innocence actualizes the brutal realities.

It’s worth noting Wen-ching’s role as a deaf-mute was circumstantial due to Tony Leung’s inability to convincingly speak Taiwanese. The compromise works well in the narrative. His quiet presence belie the existence of a strong, silent rebellion; he’s seen helping his friend with an extensive anti-KMT movement. To communicate, Wen-ching writes his thoughts in a notepad that he shows to the recipient. Occasionally, the audience gets to peer into what he writes through title cards. These are reminiscent of cards used during the silent film era, introducing a level of nostalgia to the film. The dynamics of nostalgia and history can’t be understated. With every brutal setback that the brothers encounter, Hou hints at how this sadness must not be forgotten and repeated—no doubt complicated by the KMT’s active presence in the present political atmosphere. 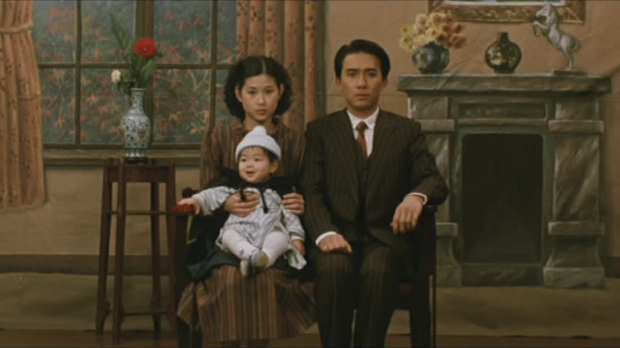 Wen-heung gives us a glimpse into the seedy underworld that’s trying to adapt to a changing government, and Wen-ching offers a more holistic view of the power struggle between the KMT and the resistance. On the other hand, the middle brother, Wen-leung, played by Jack Kao, is introduced as a mentally unstable patient due to what he saw in the war. He acts as a looming avatar for the physical suffering that the people endure in a post-war Taiwan. It’s not long before Wen-leung gets caught up in some drug trading that leaves him in a KMT jail—where he suffers a traumatic head injury. The self-destruction of Wen-leung is a somber direct analog to Taiwan. Without memory, Wen-leung is doomed to repeat the same mistake.

The three brothers serve as different facets into the complex problems that laid confronted a newly liberated Taiwan. The island was born from conflict, and has spent all of its existence battling for its culture and history, through Japanese occupation, KMT-instituted martial law and mainland threat. It’s precisely because Taiwan’s history is patterned by these precarious realities, that Hou pushes the audience to understand and unravel it.

Hou Hsiao-Hsien will continue to examine Taiwanese history with The Puppetmaster and Good Men, Good Women, but A City of Sadness stands as his most grand project. The film’s visceral and compassionate look at the people of Taiwan, and the government that ruled them, remains a vital history lesson.