Lim has been a strong proponent of Taiwan’s inclusion in international associations. Earlier this year he was part of the delegation sent to the WHA assembly where Taiwan was allowed to participate as an observer, an important victory for the island despite the many restrictions placed on its participation. His participation is part of a movement among young Taiwanese activists abroad to make their voices heard.

Supporters are encouraged to print out UN for Taiwan signs and post to social media to show their support. 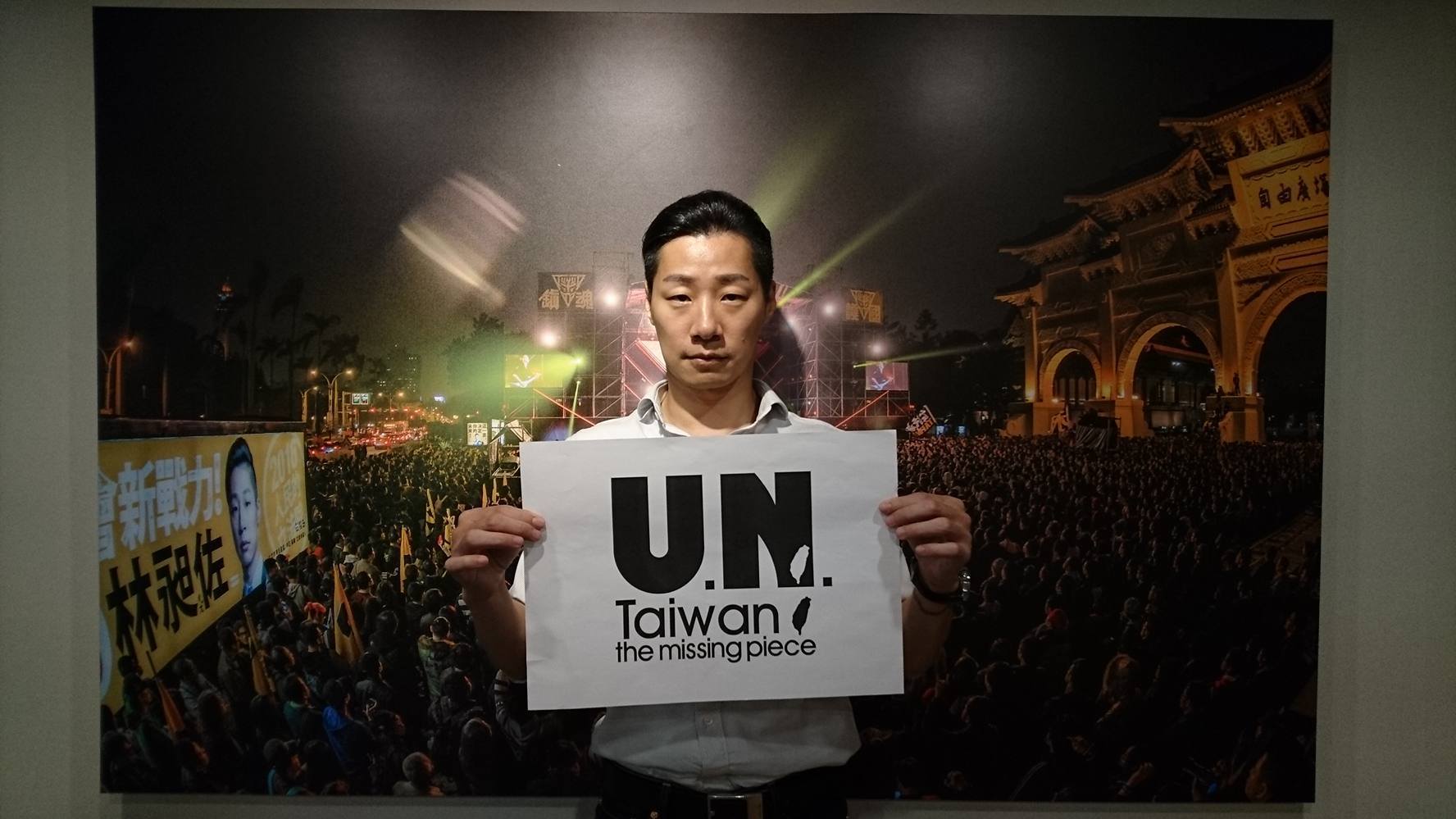 Support for UN inclusion of Taiwan among the NPP is strong despite President Tsai’s decision to back down from pursuing Taiwan inclusion in the UN. The NPP, well known for support among young Taiwanese, posted pictures of staff displaying the UN for Taiwan signs, as well as linking to the 2016 United Nations Membership for Taiwan/Keep Taiwan Free March & Rally event page. Individual pictures of legislators Kawlo Iyun, Freddy Lim, and Huang Kuo-Chang holding signs were also posted.

The push for UN inclusion of Taiwan continues to be strong this year with the UN general assembly coming up on September 13th. The Taiwan UN Alliance has encouraged the president to push for inclusion this year, although they acknowledge the gesture would likely be symbolic rather than effective. The rally has been held in one form or another for over 20 years.

Although official support for Taiwanese inclusion is understandably, though disappointingly lacking on the official level considering cross-straits tensions, citizen activism and awareness are still going strong, especially in light of the recent Olympics and the continued use of ‘Chinese Taipei’ as the official moniker Taiwanese are forced to use on the world stage. Given the confusion, CNN has even gone to far as to make a video explaining the difference between China and Taiwan. 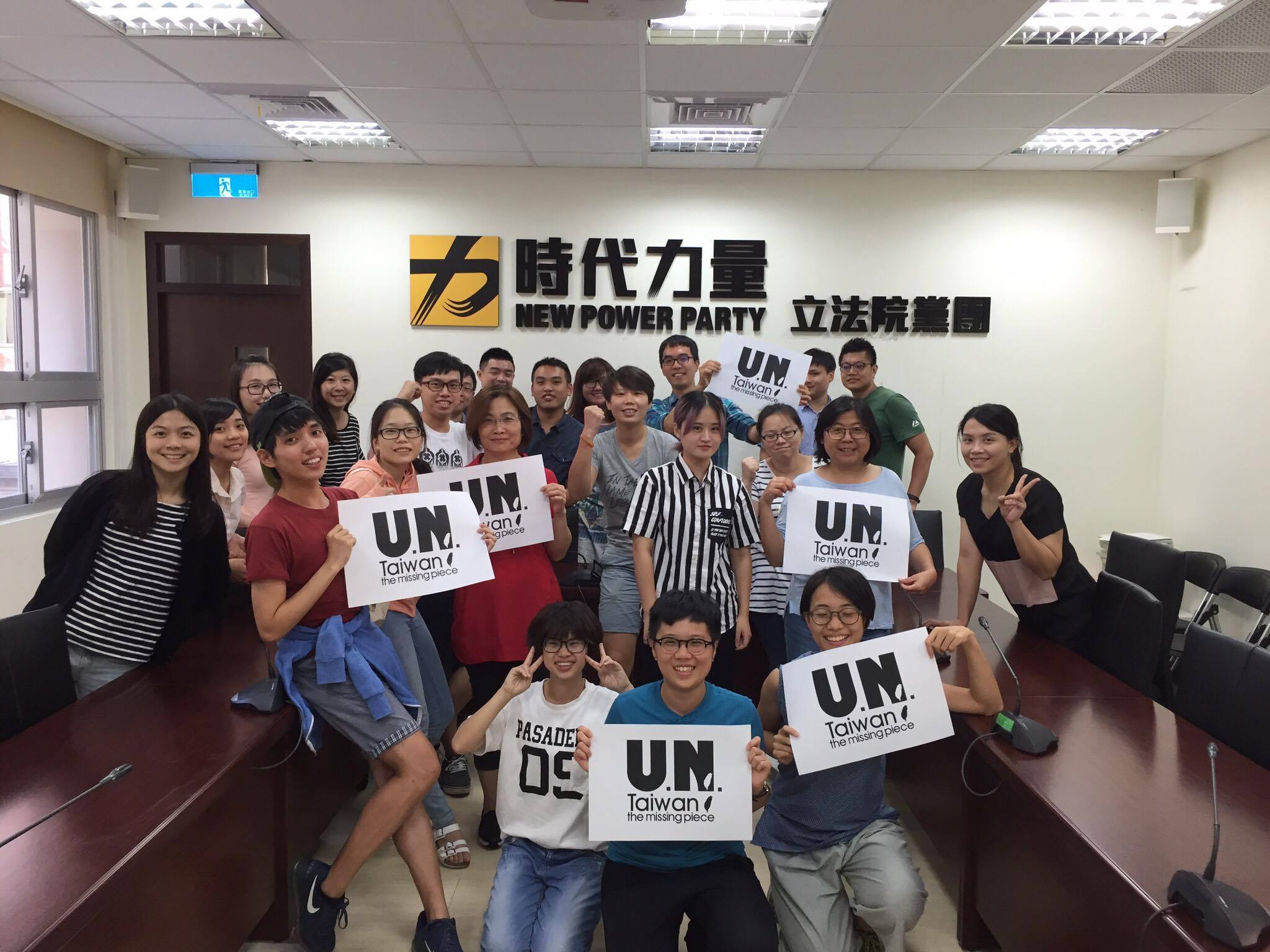 The two groups organizing the march this year, Keep Taiwan Free and United Nations for Taiwan, are utilizing social media platforms that resound strongly with the ongoing movement, with pages as Keep Taiwan Free, United Nations for Taiwan, and Hey Formosan Bear utilized to help spread awareness for the issue, including the use of cover photos and profile pics calling for UN inclusion and the hashtags #KeepTaiwanFree #UN4TW #TaiwanMatters #TWNYC.)

A promotional video created two years ago by young volunteer organizers shows primarily young Taiwanese calling for international support, regardless of if you are “black, white, yellow, blue or green”, indicating that the issue surpasses that of race, ethnicity, or political leanings (blue representing Chinese-identified inclinations while green is associated with the independence-minded camp.)

There is also a debate currently ongoing in the Taiwanese-American community between whether the demand of the rally should be “UN for Taiwan” or “Keep Taiwan Free”, which reflects differences in views about the UN between Taiwanese immigrants and their Taiwanese-American children. The younger, less politically divisive generation tends to prefer “Keep Taiwan Free” which is more neutral, whereas their greener leaning elders are predisposed to the title “UN for Taiwan” which is more direct. Despite these differences the older generations have worked together with younger generations for many years to organize the rally.

But if the Keep Taiwan Free/UN for Taiwan rally is an event which connects Taiwanese immigrants and their Taiwanese-American children, as an event connecting different generations, perhaps this continues the longer history by which political demands unable to be made openly in Taiwan are made in America instead. This was true in the past regarding open advocacy of Taiwanese independence during the martial law period, and this may not be so different regarding advocacy for inclusion of Taiwan in the UN today. 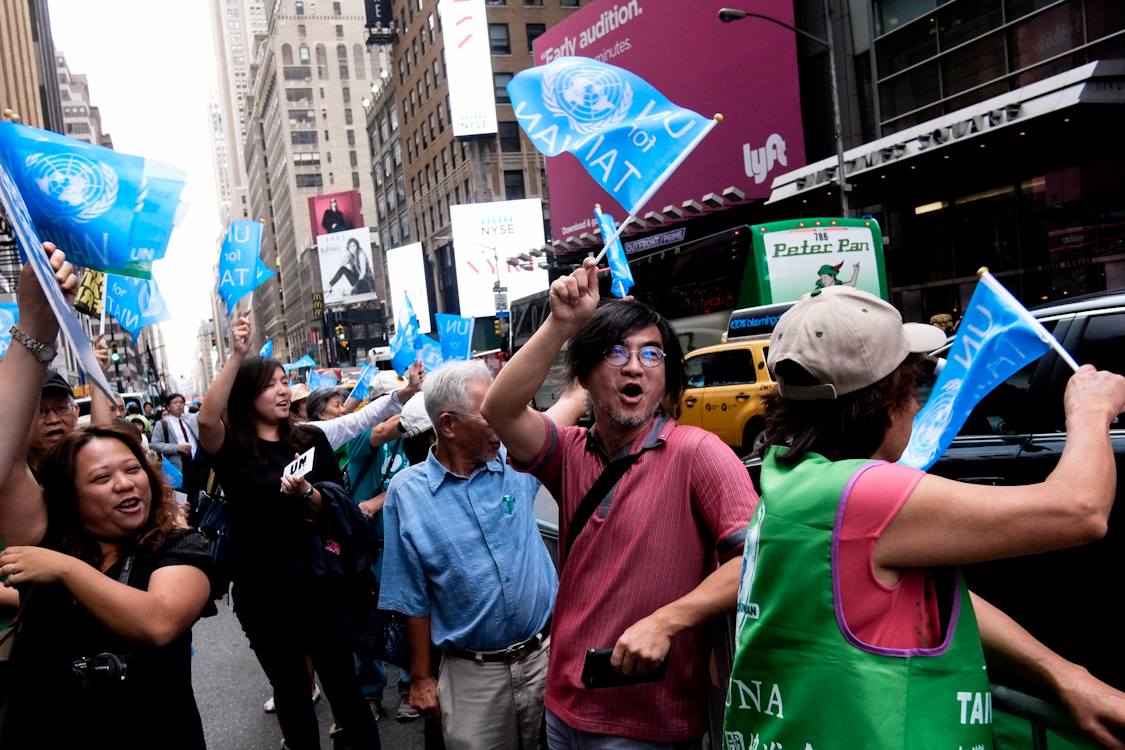 Other activities leading up the rally include Night Out with Taiwan, which took place on September 8th. The event drew a younger crowd and included activities like pictures with Hey Formosan Bear (Instagram @heyformosanbear) and discounted drinks and food. This represents an effort by young overseas Taiwanese to make activism more fun and widely accepted.

The inclusion of an internationally recognized figure well known for his participation in contemporary Taiwanese social activism as Freddy Lim may have a lasting and positive impact on this long-standing grassroots effort which aims at bringing America in contact with Taiwan. Regardless, as an activity with a history of bringing together people regardless of age, political leanings or nationality, the UN for Taiwan/Keep Taiwan Free Rally continues to be a great uniting force in raising awareness of Taiwan’s precarious international standing and drawing support for peaceful and judicious action.