Hanspeter Ammann is an artist, photographer and filmmaker of Swiss origin, who spent a decade as the club owner of Shanghai Studio in Shanghai and has been involved in video art and installations for over thirty years, many of which steeped into clinical psychoanalysis. His art projects, ranging from film screenings to photo exhibitions, have been shown in many international venues, including festivals, galleries, museums and television. Amman continues to produce intriguingly singular works, such as Late Penang Afternoon (short film), The Wayward Sublime (photography, film, and video), Birth (film), Suburbia (photography) and Shanghai Night (short film).

Patrick Huang:  How did you get involved in China and Chinese art production?

Hanspeter Ammann:  We had a secretary talking about Shanghai. I went there knowing nothing and I met a guy who helped me find places. I love China and it can take up with the United States. In China, I have a feeling that it is a good alternative and I know people there are critical too. I ran the club 10 years.

Well, I went for shooting art clips and videos. This guy found a very nice location which was actually in a basement of a very big building in Shanghai. In that basement, there were different rooms. About 20 rooms. I shot a video clip there and on the way out, I said this was a fantastic location. In Europe, this could be a club. Then I had to go back to Macau where I was teaching videos and films. And the guy called me a week later and said, “Do you want to do the club?” And this is how Shanghai Studio came about.

I was much influenced by Andy Warhol, who has his factory in the 1960s and 1970s which was a creative place for artists. This came to the rough idea for Shanghai Studio where creative people could come and it happened that a lot of creative people were gay, so it turned into a gay club quickly. [Laughs] It started with one bar , two…to finally up to six which accommodated around 900 people. Then I also worked as a psychoanalyst and every two month I went to Shanghai to take care of the club.

The way I experienced the Chinese art scene…Well we had organized shows in Shanghai Studio every six weeks. During that interval, I travelled to see shows sometimes far away from Shanghai. Many tried to do something that they felt that they could sell and very often I had the feeling it was not very real. 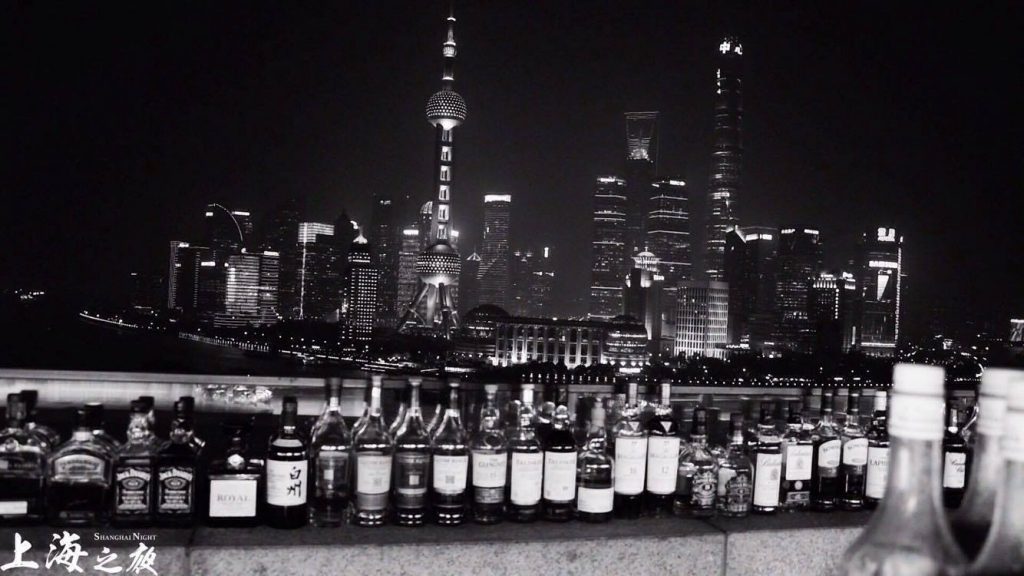 I also have some friends who run galleries and if you know rich people, they don’t have a developed taste. They can just go to the gallery and say, like, “What is the most expensive painting?” Once a staff said, “We have something, but it is not here”. They were fine buying it without having seen it.

PH:  From the trailer, pictures and synopsis of Shanghai Night, the bar is your main set. It’s probable that you can make good use of your experience in running a club. In what ways did you apply this?

HA:  Running the club was very tiring. We faced drunkards, iPhones got stolen, we even had to face gangsters. They waited until people went dancing and they exploited that opportunity. They stole iPhones and not Blackberry and not usually anything else. Funny! We also had choices in searching for good looking men who had been coming. We had to organize events. Yes, I did include some of my impressions in Shanghai Night. I don’t think those who have not experienced running a club would make it the same way. 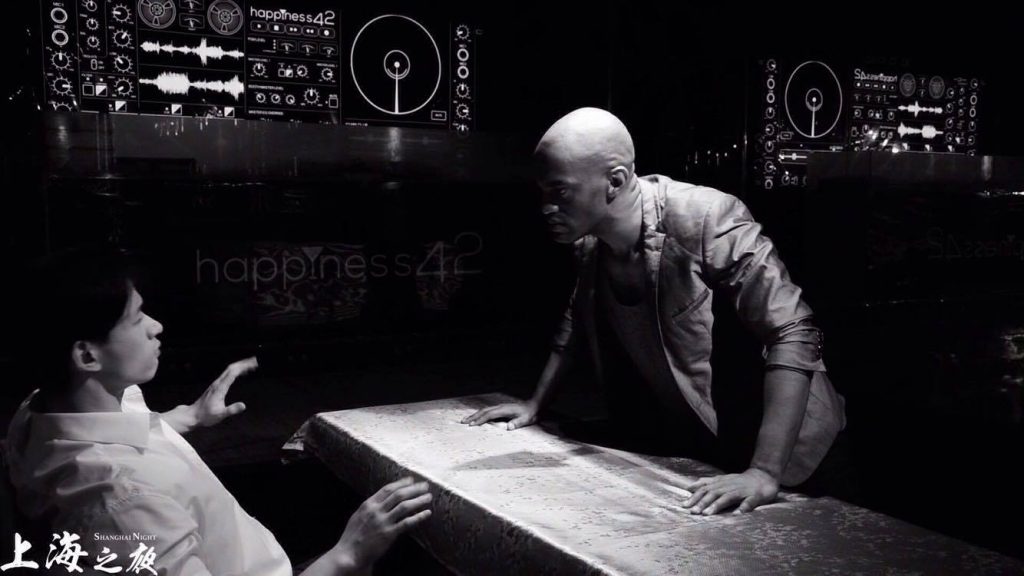 PH:  Does your film prioritize narrative or art? (Why?

HA:  It is more art. I would like audiences to have more feelings and for it to feel emotional. It is perhaps not a film but maybe an art thing. Somebody who has not seen it may think that it is crazy. People don’t speak. People don’t talk in the movie. People may think “Why they don’t talk?”. It’s because it is an art movie. No dialogue here. It’s a silent movie, pretty much. I intended to make it like a collection of photographs.

PH:  You have a black character in your film, along with Chinese ones. Are you trying to address racial issues in China? 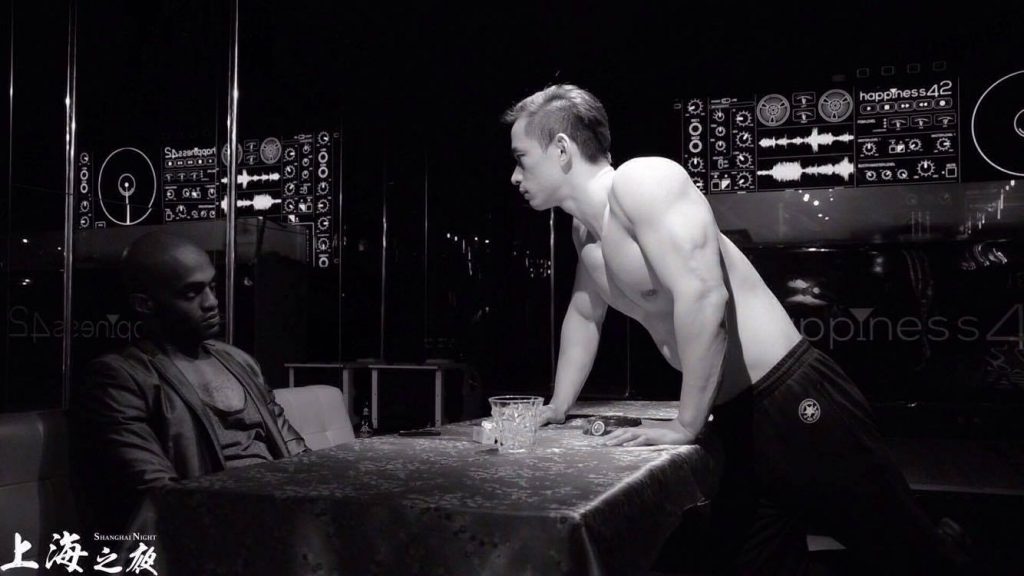 HA:  I did not mean to address any racial issues in China. Brian Curtin (a curator and lecturer based in Bangkok) said it would be quite interesting because it was not familiar in film to have a pair of a black person and a Chinese together. The two actors were very good in interacting with each other. This attracted women as well. As a director, you can really bring about creative things which would otherwise never happen. That is to say, in real life, they probably would never have met. I went to a theater performance and he was an actor and I found his face amazing.

PH:  There are four main characters in the film. Could you discuss your choices in their acting?

HA:  Nothing that complicated. They just inspired me. All of them inspired me. I like to watch them and not only their muscles. [Laughs] I like the faces. They fascinated me. First, they inspired me and then I had an idea for the storyline. 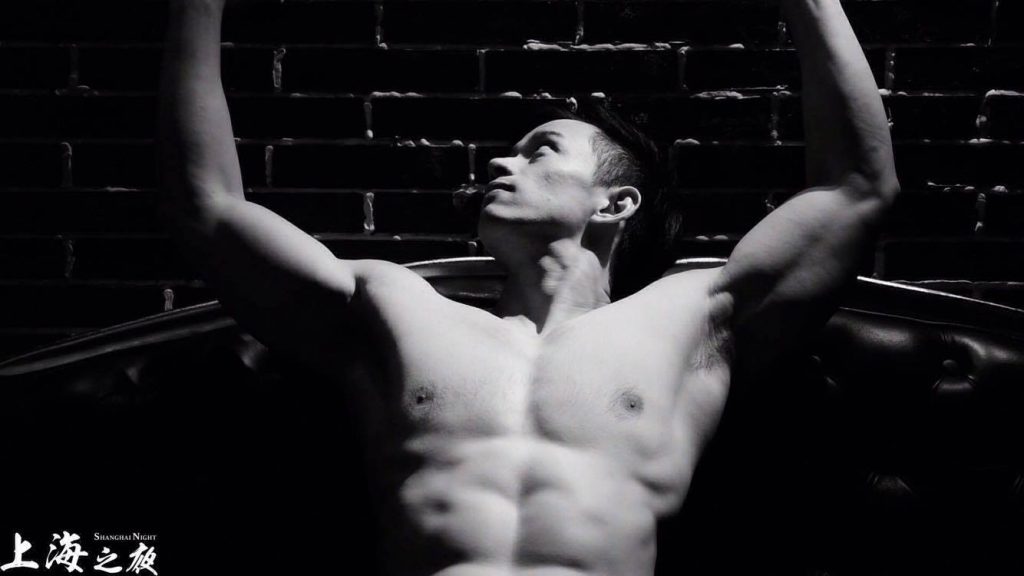 PH:  Your background is in clinical psychoanalysis. This is interesting. Could you explain?

HA:  It is a form of treatment when people realize that they do the same thing and at the same time they also would like to do something else, but they cannot help repeating their actions. 100 years ago, Sigmund Freud was researching why we would act like this. He discovered a technique called the “talking cure”. It’s all about curing memory loss. You don’t take any pills, doing nothing else besides talking. Like you and your patients. This talking process keeps on for two or three years. After that you start finding out that people can start remembering. They remember and they can change their actions.

Another instance would be that you work with patients and after the weekend, they say weekend was so nice and you listen to that, noting that they expressed their happiness in a sad tone. The main focus is about questioning and not answering. People will find the answer themselves. It’s an analytical movement. 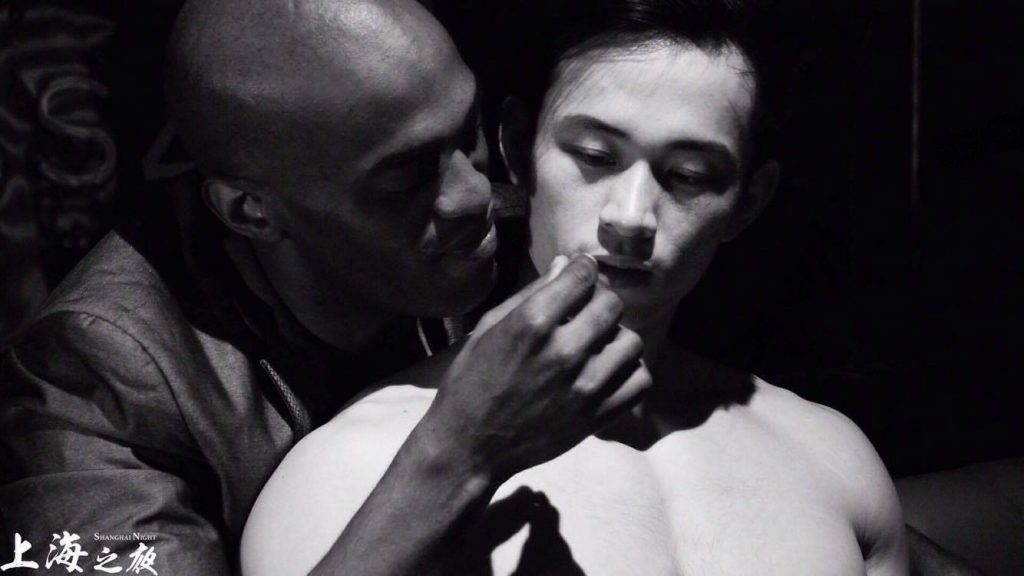 For my film works, many things are left unclear. I won’t directly tell, for instance, this character is gay and another is not. You can make your own interpretation and people will find the answer themselves. One of my most famous videos is COUPLE (1989). I made that one in New York. A man is sitting there, and a woman is sitting 5 meter away in a room. She gives him a negative look and audiences always interpret this as that they are in the process of divorce. But in reality they don’t even know each other, they just happen to be in the same room. It’s about interpretation this way.

In Shanghai Night, I don’t make everything ambiguous. My approach is that I gave actors exact directions, like in the script, but asked them to act from their own feelings. Regarding psychoanalysis, we had done two or three scenes and we were watching it together. I asked, “Is this from your real emotion?” If not, we did it again. No dialogue but acting. It is like you are looking into photographs and you have to look into their eyes to find the real meanings of the action. 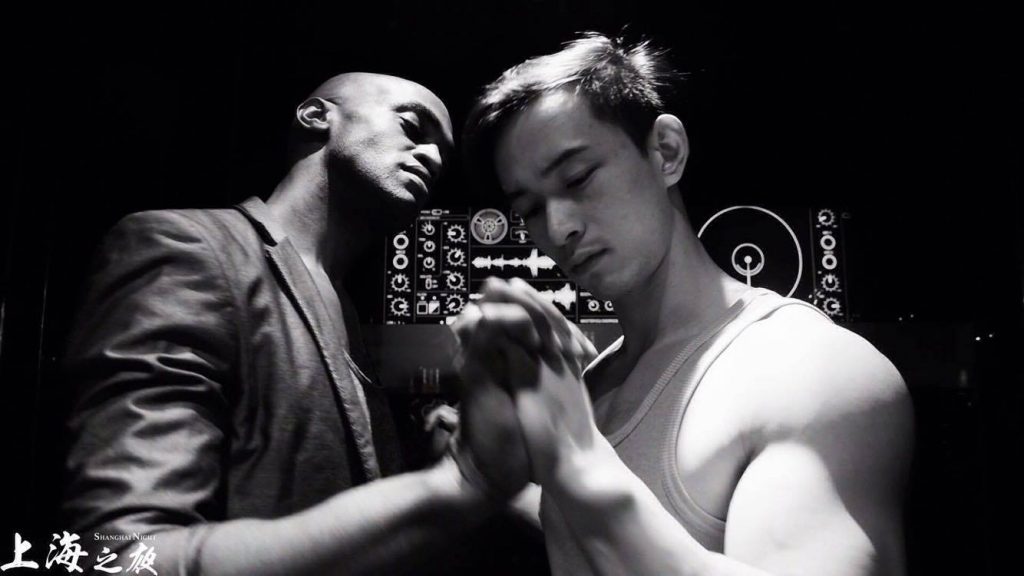 PH:  Why is this film special and why should people watch it?

HA:  First of all, the two main characters are amazingly handsome. Then the way I put it together is unique. Third, it is about music composed by a New York musician. It is not 100% finished, but I guarantee the music is very good and very artful.