ISSUES OF URBAN eviction in Kaohsiung under Chen Chu’s mayorship are back in the news, with the recent demolition of a housing complex adjacent to a fruit and vegetable market in Sanmin District in northern Kaohsiung. This is part of a longer saga involving over forty years of protest by residents in the area starting in 1970, after construction of the fruit and vegetable market led to allegations of illegal land expropriation by the government from residents of homes in the area. The housing complex dates back to the Japanese colonial period and demolition was conducted under the authority of the Kaohsiung City Bureau of Agriculture.

The building was demolished after a standoff with police by students and elderly residents, who chained themselves together overnight before the demolition was slated to begin and, in fact, threatened to detonate several gas tanks they placed around themselves—which probably would have resulted in severe injury or death. Demonstrators consisted of approximately thirty people. After the demolition was completed with the aid of riot police, demonstrators withdrew, vowing that efforts for justice would continue in the judicial system. Shortly after, however, controversy would ensue as a result of the left-wing news website “Events In Focus” being threatened with a lawsuit after publishing a picture of a member of the police giving a “V for Victory” sign after the demolition was completed. For its part, “Events In Focus” points to this as another example of bullying and threatening of media by police. 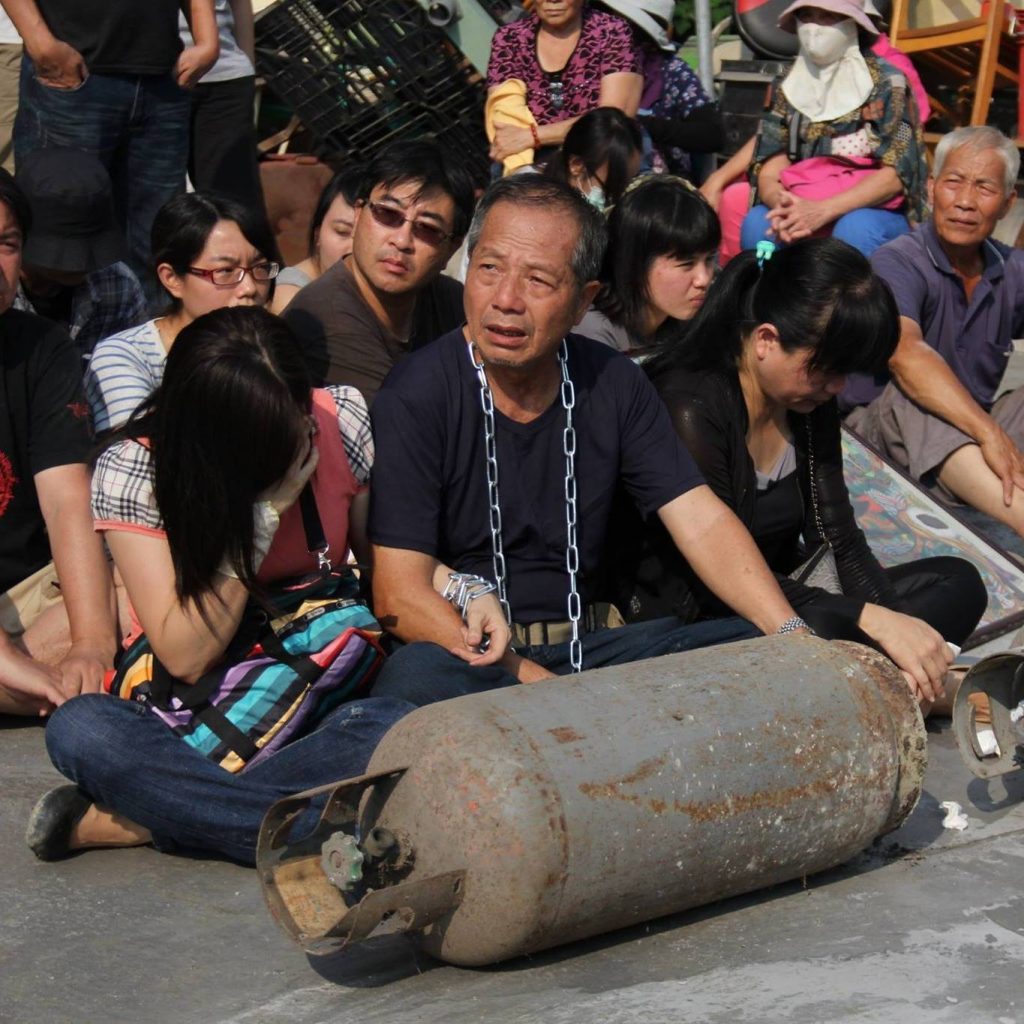 Residents chaining themselves up with gas tanks. Photo credit: 高雄果菜市場土地不義徵收住戶自救會

The future of homes that are still in the area remain to be seen. Namely, the construction of the fruit and vegetable market in the 1970s was controversial because of claims by residents that they not being properly compensated for the land used for its construction. Options including providing residents with new housing were contemplated under Frank Hsieh’s mayorship of Kaohsiung in the 1990s, but Hsieh vacating his post in order to take the position of premier led to the situation remaining unsatisfactorily unresolved.

The current controversy results from that the city plans to move the fruit and vegetable market further north, to where the housing complex was located. Likewise, while the city government claims that 80% of landowners who are affected have been compensated, residents claim that the calculation for compensation as based on the size of the land is questionably calculated. Residents also claim that the agreement of only the three original large landowners in the area was secured for the relocation plan to move forward, with other landowners not being consulted.

With demonstrations by Kaohsiung youth activists, it is that this is another situation in which local youth activists come into conflict with city governments regarding forced residential evictions or development projects that threaten historical sites. This was a significant factor in the rise of youth activism leading up the Sunflower movement in 2014 and this continues after the Sunflower movement. This also reflects the issue of residential evictions for the sake of urban development projects as a broader problem across Taiwan, which sometimes occurs despite residents not having all consented to demolition and insufficient or improper compensation.

We have seen several such incidents in recent times in Taichung and Kaohsiung. In particular, in Kaohsiung, Chen Chu’s DPP administration has run up against youth activist and Third Force parties in the case of the Dagouding neighborhood, whose residents are threatened with eviction in order for the city government to improve a drainage canal. As with, the housing complex in Sanmin District, a number of residents are elderly and have organized in order to resist being driven out of their homes. In the case of the Dagouding neighborhood, residents had also requested the aid of Third Force parties as the Free Taiwan Party, Social Democratic Party, and New Power Party, which was a particular issue regarding the frenemy relationship of the New Power Party and DPP in legislature. 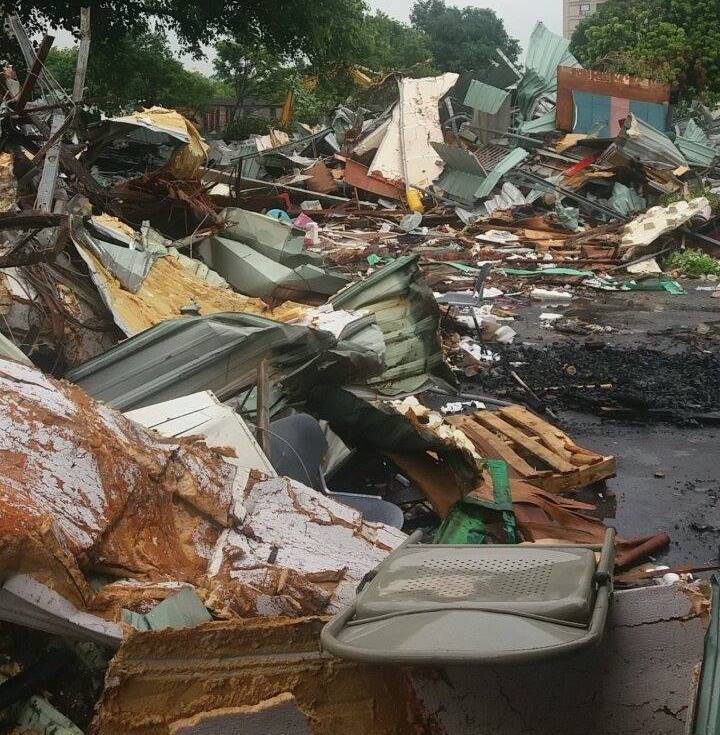 And at times, DPP politicians have also been condescending towards activists regarding cases of urban eviction. Minister Without Portfolio Chang Ching-sen would in May scoff at activists upset about the eviction of the Wang family from their residence in Shilin, seeing as the Wang family received five apartment units worth several hundred million NTD in compensation—failing to see why a family would wish to not vacate their home against their even in spite of high monetary compensation and evincing a view that urban renewal can settled be through money alone, or through technocratic public policy.

As such, it would be that issues of urban eviction can in many cases contribute to a possible rift between DPP politicians and youth activists on a local level. The demolition of the housing complex in Sanmin District in Kaohsiung would be another case in point.