Is the Olympics Swimming Controversy a Symptom of Larger Tensions Between China and the Rest of the World?

THOUGH ONLY in its first few days of competition, the 2016 Rio Olympics has already become embroiled in a smattering of China-related controversies, the most contentious of which is the dramatic feud erupting between swimmers Sun Yang of China and Mack Horton of Australia. The altercation began when Sun allegedly attempted to interrupt Horton’s routine in the training pool by splashing water repeatedly at the 20-year-old Australian athlete as he made his rounds in the pool. Responding to the incident shortly before the two were slated to compete in the men’s 400 meter freestyle on Saturday August 6, Horton stated that he had “no time or respect for drug cheats”, referencing Sun’s three-month ban in 2014 after testing positively for trimetadizine, which he claimed he was taking for a heart condition.

After Horton went on to defeat Sun in the 400 meter freestyle by a margin of less than a second, video quickly emerged showing Sun breaking down into tears in the media zone and during a subsequent press conference, claiming that Horton had resorted to “dirty tricks” and disrespected him as an athlete. Chinese netizens quickly reacted by crucifying Horton on social media outlets, demanding that he apologize to Sun, some even going as far as to call Horton “a dog” and make comments suggesting he was mentally-handicapped. So thorough was the work of the Chinese web in its damnation of Horton that the Australian swimmer has taken down his social media accounts only a few days after the events after they had been completely swamped by a litany of abusive comments from a veritable army of Chinese net users.

Demanded Apologies and the Politics of Hurt Feelings

THIS SORT OF sentiment of fierce devotion to national pride extends well beyond the net in China, though, and the Olympics, of course, are not immune to the mechanisms of statecraft. Chinese state-sponsored media was quick to defend Sun and decry Horton’s remarks as a sign of Australian hostility toward China. Characterizing Australia as being on the “fringes of civilization”, The Global Times mocked the country for being a former British penal colony and suggested that the Australian media was evil and that Australia may have a “lower moral standard” than China. 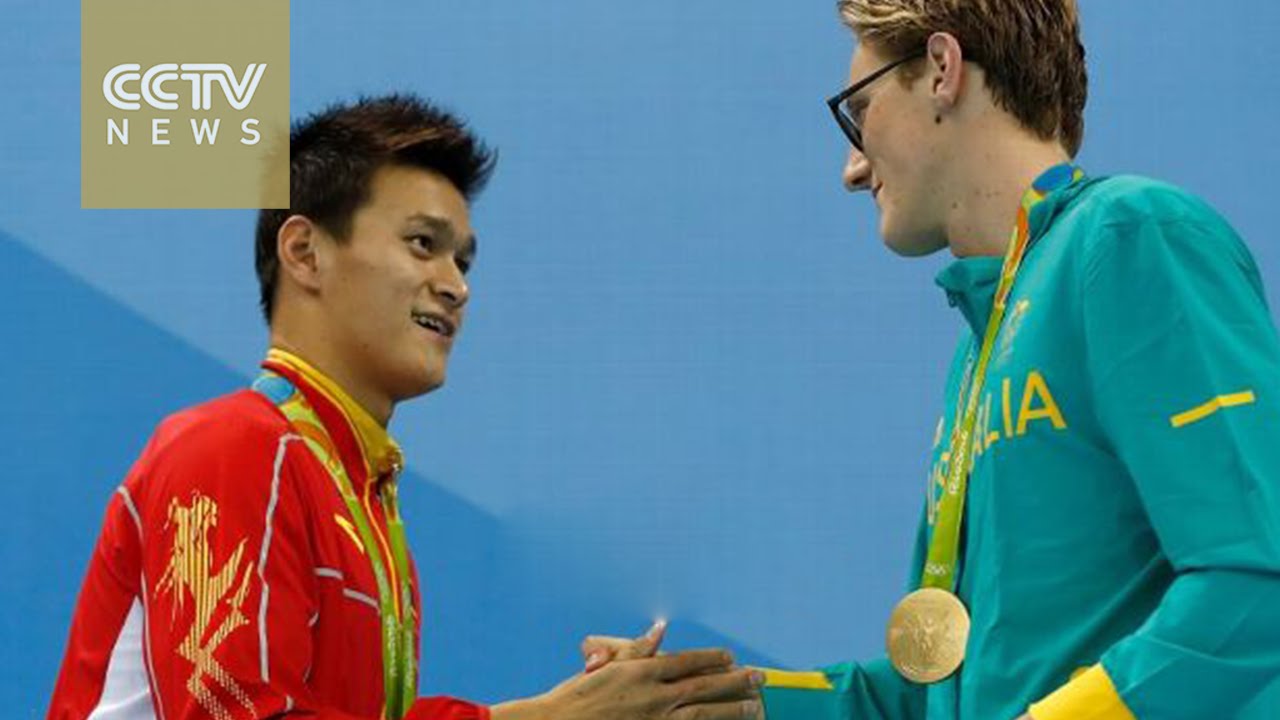 For a nation that for most of its history considered itself the birthplace of culture itself to claim Australia is on the fringe of civilization doesn’t seem uncharacteristic in and of itself, but may bely a deeper sense of insecurity beyond purely ideological nationalism. Even before this event, anti-Western sentiment has undergone a revival in recent months as a result of the ruling of the Permanent Court of Arbitration against the PRC’s claim to the small islands and their surrounding war in the South China Sea. The arbitration against the Chinese that was initiated by the Philippines is widely believed within China to have been orchestrated by the United States as an attempt to undermine China’s legitimacy to its claim over the maritime territory. Australia was notably one of the countries which released a statement in support of the ruling along with Japan and the United States, calling on all parties involved to abide by the verdict of the Court and by the UN Conventions on the Laws of the Sea (UNCLOS) in regards to the South China Sea.

Though the verdict was dismissed by the Chinese as illegitimate and having no bearing on their policy in the South China Sea, the perception of offensive against the national character emanated strongly throughout the country and prompted serious anti-Western backlash. Headline-grabbing cases of Chinese citizens smashing their iPhones and rallying outside of KFC’s in protest of what they considered growing American influence in the country were followed by the release of a series of propaganda videos by the state: one a whimsical animated dialogue between a man and his granddaughter explaining why China’s claims to the South China Sea has more than two thousand years of historical legitimacy, another a much more pointed video claiming the US is trying to turn China into the next Syria by tearing it apart territorially.

However, the issue of apologies to the Chinese people is about more than just hurt feelings and media fanfare; it is a tool of coercion routinely used by the Chinese Communist Party to silence both its domestic and international critics. Famous cases in which Taiwanese celebrities Chou Tzu-yu and Leon Dai were obliged to make apologies to the Chinese people for actions considered too anti-Chinese and publicly supportive of Taiwanese independence caused tensions to erupt between the online populations of both sides of the strait. The engineering of these forced apologies prompted Taiwanese Facebook users to create the satirical “First Annual Apologize to China Competition” in which users were invited to submit insincere apologies intended to mock the Chinese. Entries included such derisive apologies as having clean food and water, living in a free society, and not defecating in public places.

Beyond the volleying of barbed blurbs of sarcasm between Internet users across the Taiwan Strait, coerced apologies are a preferred method of publicly punishing those who speak out against the Chinese government. Not even foreign nationals are immune to this treatment should they be deemed as having stepped out of line, as in the case of Swedish national Peter Dahlin, who was forced to make a televised apology to the Chinese people for having hurt their feelings and harmed their government by aiding Chinese human rights lawyers through the activity of the non-governmental organization he had co-founded. It is in this context that one must believe that the vehement calls for Horton to make an apology to Sun go far beyond issues of sportsmanship and to the belief that Australia is making an attempt to smear China internationally and damage its global standing.

A Slap in the Face to the Entire Chinese Population?

IT IS IMPORTANT to note that though the powers that be in the capital have certainly done their share of fanning the flame, it appears that this swell of national indignation at even a perceived slight to the national dignity of the Chinese people originates mostly from the citizenry. To understand what national dignity means in the context of China goes far beyond Western notions of patriotism or even nationalism as defined by state-to-state relationships and must be considered from a more historical context. China’s education system greatly emphasizes the impact of the “century of humiliation” on the country’s modern history and has not abandoned the idea that insidious foreign powers are seeking to subvert China both within and without by infiltrating the country with their dangerous ideological influences and by blocking any attempt for China to re-ascend to a position of global power.

Within hours of Horton’s comments on Sun’s past positive results for banned substances, his Wikipedia page introduction had been edited to describe him as a “racist Australian freestyle swimmer”, and that his win significantly advanced “the fair skin of the Australian Caucasian”. Numerous comments by Chinese netizens have repeatedly lambasted Horton since his comments on the basis of him being a racist and behaving in a racist manner toward Sun, for which he should immediately apologize. Significantly, however, it seems that none of the comments that Horton has been recorded as saying about the incident appear to be racially-motivated; rather, he seems to take biggest issue with the fact that Sun had previously tested positive for a banned substance and yet was still allowed to compete at the games. He characterized his victory as a “win for the good guys”, stating that he didn’t think it was a rivalry between him and Sun, but rather a rivalry between him and “athletes who had tested positive [for banned substances].” Even if it is true, as Horton later admitted, that he made the comments to try to get inside Sun’s head before the competition, this would seem rather a display of poor sportsmanship on his part rather than an attack on the entire Chinese nation.

That a racial element has been inserted into the controversy over Horton’s remarks seems to indicate that this incident is not viewed in isolation in China, and that accusations of foul play against one of their athletes will not be seen as an attack solely on the individual but a degradation of the entire country and citizenry. The Olympics themselves have a special significance for China, as the opening ceremony of the 2008 Beijing Olympics was seen as a coming out of sorts of China onto the world stage as a re-ascendant global power. What is happening poolside at the Olympics in Rio and on the Internet could be a model of future Chinese reactions to international incidents in which it feels slighted as it steadily amasses more power and influence in a system into which it fits less-than-comfortably. As an ascending China perceives itself to be increasingly boxed in by an world order bent on blocking its rise, the implications of hurting the feelings of the Chinese people may extend well beyond the web and into the geopolitical realm. Though The Global Times asserts that the controversy at the Rio Olympics is “not a big deal to us”, it couldn’t be more apparent that the very opposite is true.