Is The DPP Continuing To Be Held Hostage By ROC Nationalism Regarding South China Seas Islands?

OF GREAT MYSTERY to observers of Taiwanese politics in recent days and weeks would be the strong stance the Tsai administration has taken on the disputed island territory of Itu Aba. Itu Aba, also known as Taiping Island, was ruled a rock in the recent South China Seas ruling by the International Court of Arbitration, limiting the size of the fishing waters Taiwan can claim based on what its legal size is ruled to be. Itu Aba is currently administered by Taiwan, but also claimed by China, the Philippines, and Vietnam.

Having vowed to defend the rights of Republic of China in her role as president of the ROC, it was not surprising that Tsai would reiterate Taiwan’s sovereignty over Itu Aba. But few expected Tsai to take as extreme measures as sending a warship to Itu Aba considering that, if Taiwan claims Itu Aba under the territorial claims of the Republic of China, Tsai has otherwise in recent times made moves aimed at decoupling Taiwan from the ROC—leading to accusations of “desinicization” from both the KMT and CCP.

In particular, Taiwan, or rather the ROC’s island territories are an object of deep Blue ideological fixation. When the KMT—now in the control of deep Blue diehards as Hung Hsiu-Chu—have attempted Itu Aba and other islands claimed by Taiwan under the ROC into an issue to try and hammer Tsai, this has long precedent. The Protect the Diaoyu Islands Movement, for example, was a movement among Chinese-identified Taiwanese overseas students in the 1970s calling for a return of the Diaoyu Islands to ROC control. Ma Ying-jeou was one of the participants of the movement, even writing his doctoral dissertation on the issue of disputed South China Seas territories, hence explaining why South China Seas islands have long been an issue near and dear to his heart. 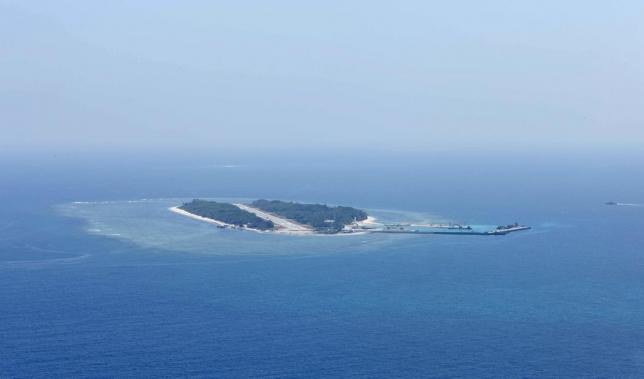 But if Tsai can hardly be accused of being identified with China in the way of the pan-Blue diehards and wanting to hold onto South China Seas in order to maintain the territorial integrity of the ROC, this returns to Tsai’s constraints under the ROC framework. The ROC—far from being simply a cipher for “Taiwan” has a juridical existence of its own—and Tsai is obligated legally to defend the territorial integrity of the ROC as its president.

Yet if Taiwanese people largely do not identify with China, there still circulates the view that if Taiwan currently controls certain South China Seas, it might as well try and hang on to them. Infringement on the fishing rights of Taiwanese fishermen could have also become an object of potential blowback against Tsai. It is also possible that elements of Tsai’s own administration would have reacted too badly to Tsai simply accepting the South China Seas ruling without protest.

It is also possible that Tsai may have sought to secure a place for Taiwan at future South China Seas negotiations through a show of force. Sending a warship to Itu Aba may have also had the aim of trying to prevent Taiwan from being displaced from future territorial negotiations regarding its territory by reminding the world forcibly of the existence of the Taiwanese military. 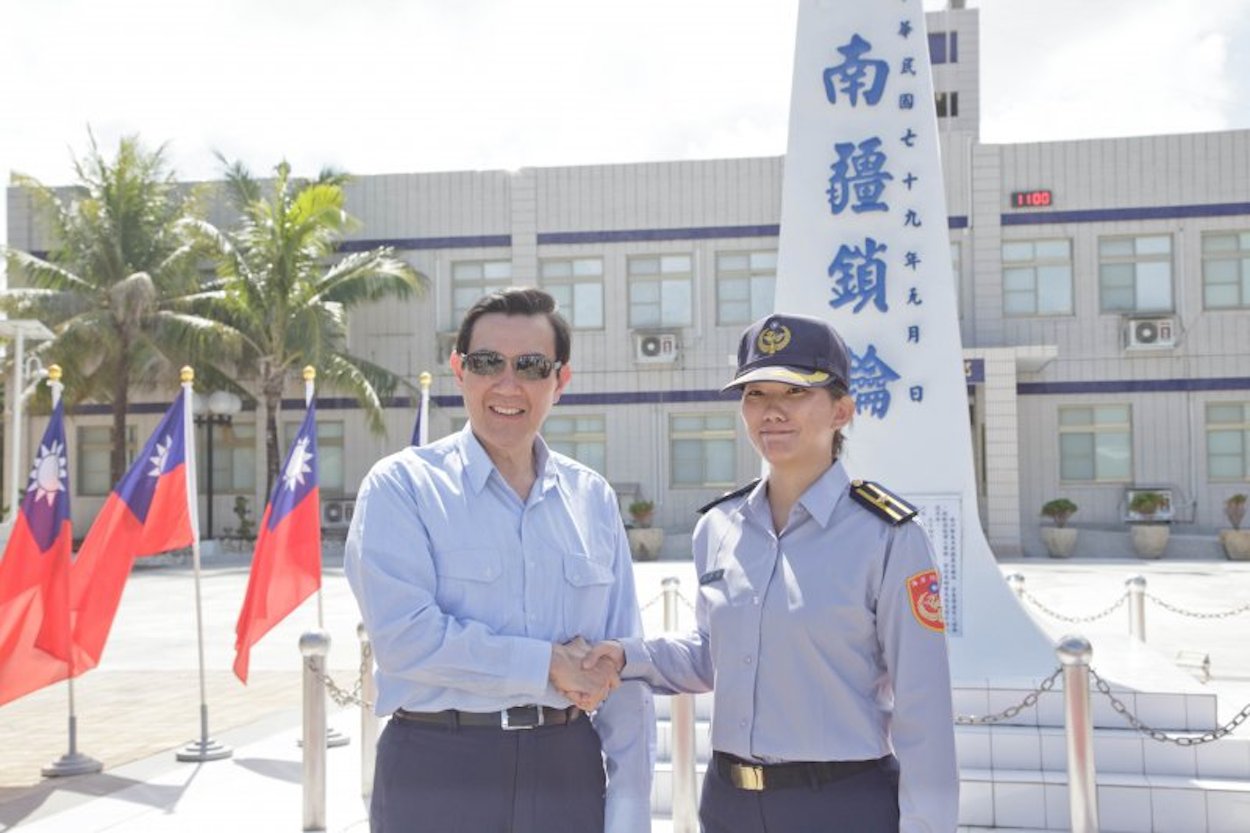 As part of the ROC framework, Taiwan still maintains territorial claims far larger than its actual borders, including claims larger than the present day PRC, such as claims over the territory of Mongolia. However, the specter of trading off Taiwan to China to maintain peace in the Asia-Pacific has certainly been raised in the past, a la something like Molotov–Ribbentrop Pact, never mind what exactly the will of the Taiwanese people is.

This may be what Tsai may have been seeking to forestall through what otherwise seemed like a highly counterproductive act. Still, one suspects that Tsai could have potentially gained more from protesting the South China Seas ruling in less forceful a manner, or by trading off Itu Aba to a potential ally as the Philippines or Vietnam as part of a deal to cement the New Southwards Policy.

Yet it strikes if Tsai’s actions are in part dictated because of the constraints placed upon her as part of the ROC framework, the refusal of the Tsai administration to draw a clear line on how far she is willing to go to uphold the ROC framework leaves her open to attacks by the KMT or other third parties that can threaten her foreign policy. Taiwanese fishermen sailing to Itu Aba to demonstrate the South China Seas ruling and then waffling on the matter of whether the Taiwanese navy would stop fishermen or fishermen would face protests—and then press being denied access to cover fishermen landing on Itu Aba—would be a mistake on the part of the Tsai administration and one that threatens to be disruptive of regional tensions. 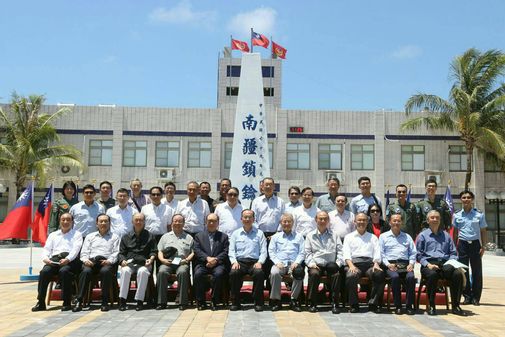 This would be an example of a third party acting in a matter detrimental to Tsai’s foreign policy because of unclear stances taken by Tsai regarding the ROC framework, although it is of note that the fishermen in question carried ROC flags to the island—the ROC flag often having stronger associations with the KMT than with Taiwan writ large because the flag contains the KMT party emblem—and attempted to replicate earlier actions by members of the KMT aimed at reasserting Itu Aba’s status as an island, such as bringing back water from Itu Aba to emphasize the island has fresh water. It likewise also is probably a mistake to allow KMT legislators continue to visit Itu Aba to continue to assert territorial sovereignty over South China Seas islands—even if KMT legislators may be fully within their legal rights as legislators to do this, Tsai at the very least could issue some sort of reprimand of their actions.

Indeed, with lack of clarity about drawing the line regarding the ROC framework, this leaves it ambiguous as to how far the Tsai administration would tolerate actions by the KMT or third parties which might cause international incidents. How would the Tsai administration react if deep Blue political actors were to declare a “Protect Taiping Island Movement” and set sail to the island to assert claims over it, much as occurred during the Protect the Diaoyu Island movement with Diaoyu Island, for example? Or, if, say, deep Blue political actors decide to sabotage potential alliance with Japan—much-hated by the pan-Blue as part of its Chinese nationalism even as the pan-Green camp is quite friendly to Japan—by launching a second “Protect the Diaoyu Island Movement” directly sailing to the Senkaku/Diaoyu Islands to assert ROC territorial claims over it. There would probably be no halting blowback against Taiwan from the far-right Japanese nationalists that form Shinzo Abe’s support base, even as Abe himself seems to have been working to cement alliance with Taiwan under the Tsai administration for some time. Those would be hypothetical incidents which might throw regional tensions in the South China Seas islands into disarray.

It may have been the aim of Tsai to act quite conservatively on issue of the ROC in order to avoid the view of her administration as a second Chen Shui-Bian administration, Chen having been perceived during his term as a pro-independence diehard by many international observers. It was also likely part of the strategy of Tsai to not to try to rock the boat too hard on the matter of Taiwanese independence, in order to string the KMT and CCP along when they overreacted with frenetic accusations of separatism or desinicization to actions of the Tsai administration which were quite mild in nature in order that they might overreach—while also reaffirming that she does intend to preserve Taiwan’s sovereignty, but not in such a manner as to be perceived as a warmonger. 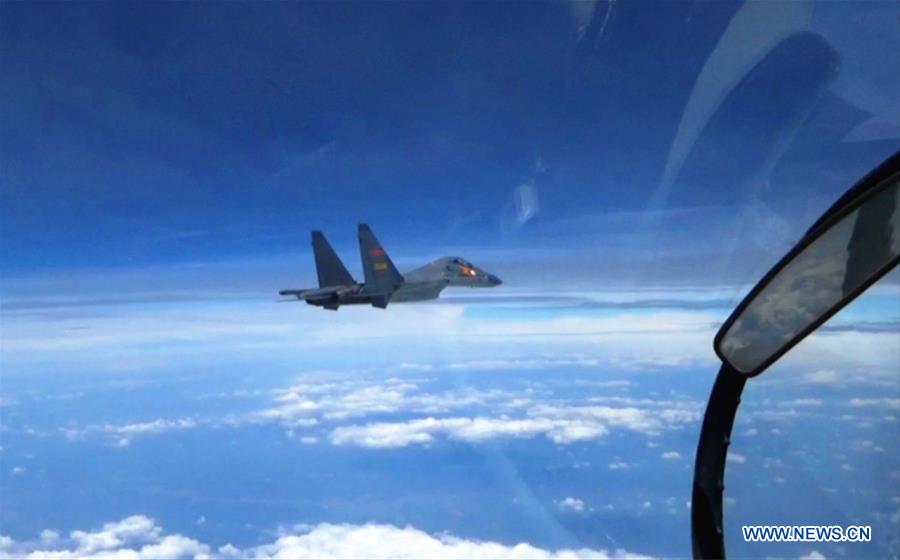 Yet this strategy has certain limits with Tsai taking with what seems to much of the world as her taking torturous and confusing stance regarding maintaining sovereignty over South China Seas islands claimed by Taiwan as part of the ROC framework. Sending a warship to Itu Aba does not seem to point to any difference between Taiwan and China in terms of how foreign policy is conducted, but seems all too reminiscent of increased military moves by China in the South China Seas after the ruling by the Hague, including jet patrols and the installation of a radar system in disputed territories.

If Tsai does not make a more ambiguous clarification of what exactly her intent in defending South China Seas claims by Taiwan vis-a-vis some aim of defending Taiwanese sovereignty despite the possibility of alienating potential allies, Tsai will not be seen as a reliable partner by any nation. To begin with, is an uphill challenge for a DPP president not to perceived as a diehard pro-independence warmonger by America. But if trying to avoid that perception, taking a stance which seems much more up the alley of the KMT is further unhelpful, and that just leaves all parties confused.