Occupation of Ketagalan Boulevard as an Act of Transcending Laws

THE PURPOSE OF the occupation is to challenge current laws.

The indigenous occupation of Ketagalan Boulevard represents the relationship between Taiwanese indigenous and the colonial framework of the Republic of China. Before the ROC government came to Taiwan, each tribe already enjoyed its proper sovereignty, with external relations and internal laws akin to those in countries today. Yet after the Han-majority ROC regime came to Taiwan, it has used colonial and deceptive tactics to claim indigenous land, and restrict the right to live as indigenous. For these reasons, the occupation of Ketagalan Boulevard represents indigenous denial and rejection of the ROC government’s foreign-born laws and governing framework. 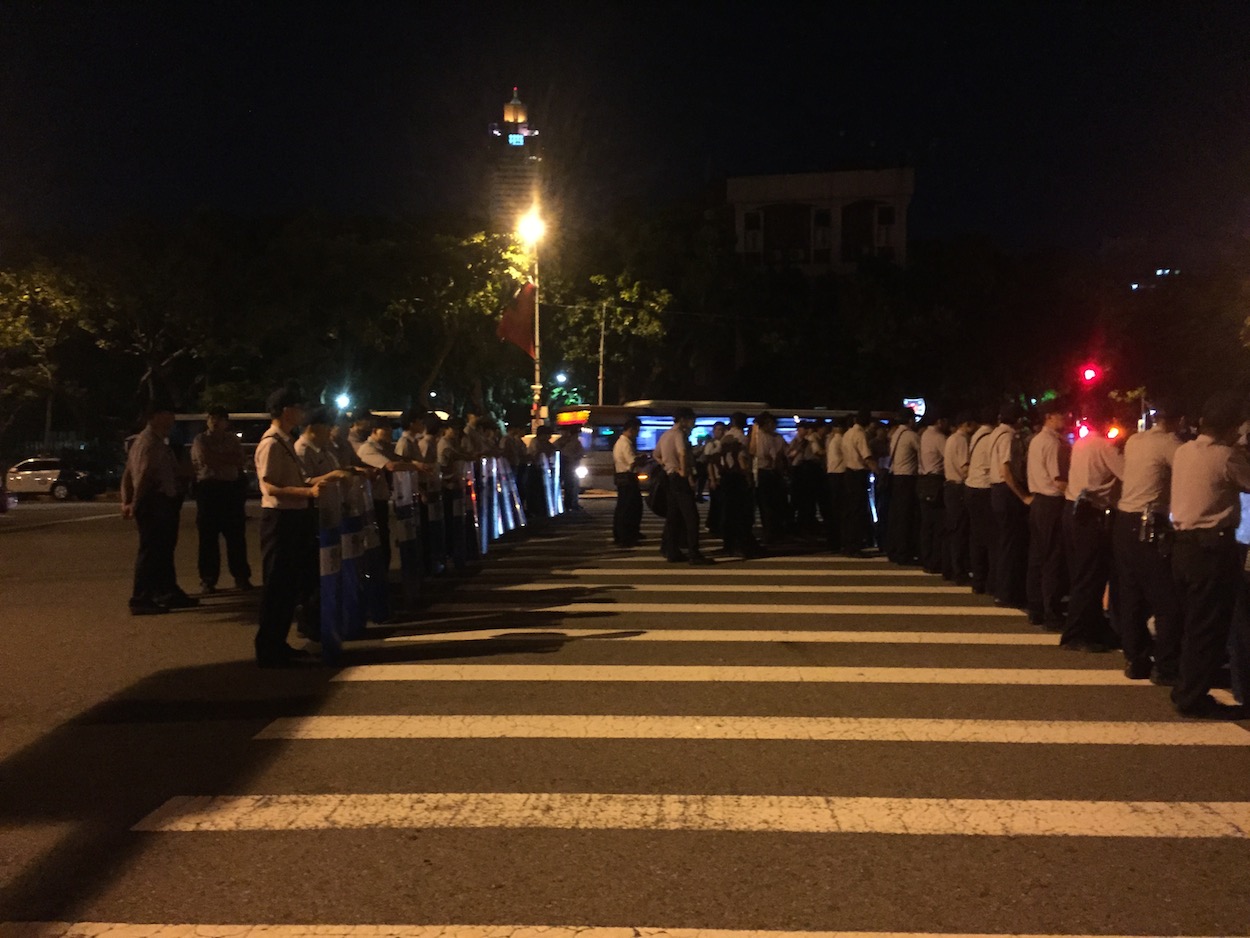 Tsai Ing-wen, as the President of the Republic of China, says she wishes to apologize to Taiwanese indigenous; however, we clearly see that today’s apology is nothing more than an empty attempt to fulfill her campaign promise. A national leader produced through an election should lend sincerity and weight to this apology, to let all in Taiwan—whether indigenous or not—understand and explain the fact that the colonial regime has abused the island’s indigenous peoples. Yet the fact is that the Tsai administration has failed to even broadly publicize today’s apology, and has not called upon the mainstream media, which has seldom if ever concerned itself with indigenous issues, to report on the significance and subject of the apology. The only television channel to live broadcast the apology is Taiwan Indigenous TV.

On the other hand, President Tsai’s apology was issued at 10:30 AM on August 1, but at the same time the government has pushed on with current policies that strip the indigenous peoples of their rights. The Ljavek tribal settlement in Kaohsiung will still be forcibly evicted in August with no recourse; hunters who have been arrested in accordance with gun laws are still imprisoned, even as the president possesses the authority to issue a general amnesty for them; and environmental assessment of the Cedar Bay resort development project was crudely passed even amid vocal indigenous opposition, signifying that the Indigenous Peoples Basic Law of 2005, and the right of information and approval defined within, has not been enforced in any way, and has even been relegated from national law to local law status. 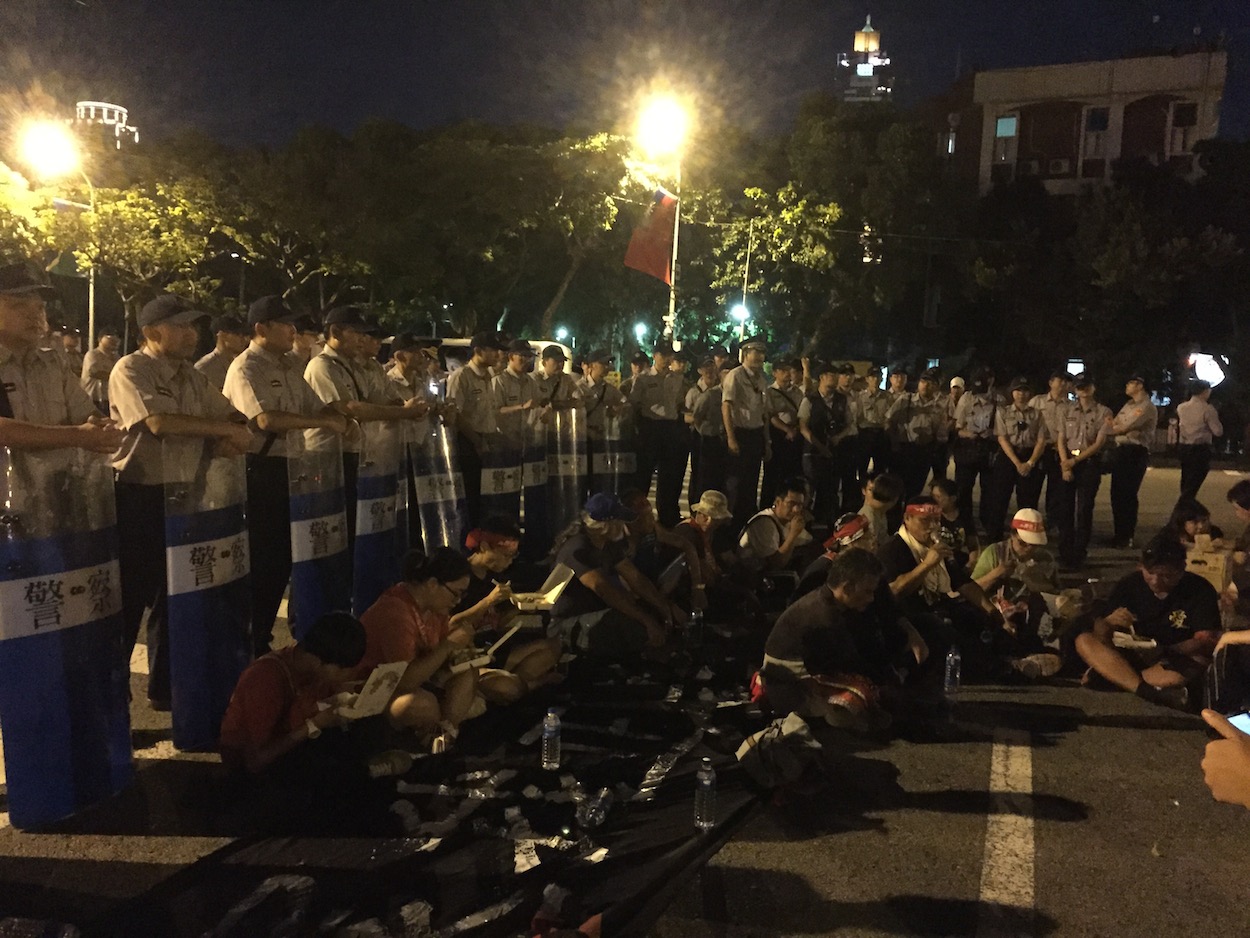 The ROC government has constantly and consistently used its laws to trample upon indigenous rights, leaving tribal members with no recourse but to gather and protest at every single instance. Yet with the system in a state of inertia, indigenous peoples have worn themselves out with protest after protest. The occupation of Ketagalan Boulevard itself is symbolic of how the ROC regime has cheaply bought reconciliation: by naming the road after an indigenous tribe, the government has forged an illusory vision of all peoples as one, but the Ketagalan tribe which once lived on the very same land this road was built on, and has now all but disappeared, no longer has any right to their own land.

The occupation of Ketagalan Boulevard seeks to rise up against the law. The indigenous peoples of Taiwan need to see through the colonial framework of the ROC government, and become their own masters by reclaiming rights and justice for themselves.