Will the KMT’s Obstruction of Legislature Backfire?

FOR THE PAST few days, a battle has been waging in Taiwanese legislature, with the KMT calling for four rounds of voting on over 1,000 proposals regarding the budgets of state-owned enterprises and then sometimes not arriving for voting sessions themselves. The result has been a battle within legislature between the pan-Blue and pan-Green camps, with a marathon legislative session that has dragged on for over 82 hours and may take over 200 hours to clear legislature. But for a KMT which has dug in its heels regarding the issue of party assets, can taking the legislature hostage be anything except disastrous for its public image?

Namely, the KMT would seem to be acting in a vindictive manner to obstruct the DPP-controlled legislature after the clearing of a bill targeting its party assets. The KMT dubbed this the “darkest night of Taiwanese democracy” and accused the DPP of targeting it for political persecution—never mind that such assets were an unsettled legacy of the authoritarian period and of the former KMT party-state. And despite claiming its present actions are motivated by only the best for the public, in hoping to save taxpayers’ money through the utmost care in budgeting measures, the KMT would seem to have no real reason for acting the way it currently is—except coming off much like a child throwing a tantrum. 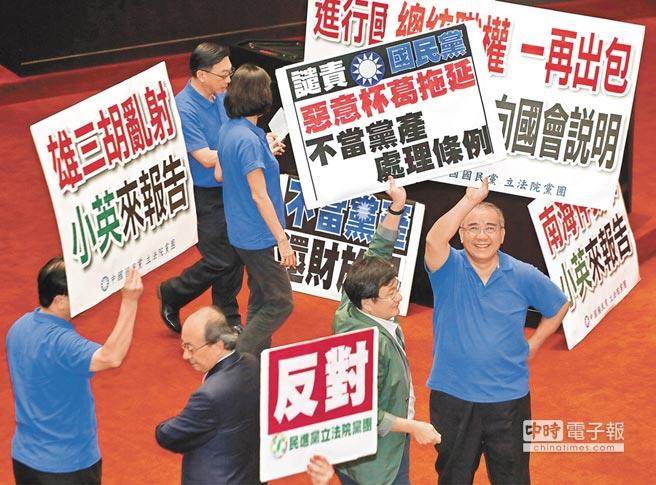 This will only backfire for the KMT. Having already driven out or purged many of the reformist elements within it which could have allowed the party to potentially clean up its image, the party would have seen to have embarked on partisan war against the DPP. In doing so, the KMT is only providing its opponents with more ammunition against it.

Here Tsai Ing-Wen’s attempts to present an image of seeking bipartisan governance, rather than coming across as a pan-Green firebrand, would seem to be paying off. Despite that this does not detract from increasing conservatism on the part of the Tsai administration, early in her term Tsai, in fact, seemed to backbending to act in overly conciliatory manner towards the KMT, rather than pressing on the KMT’s weak points when this could have otherwise benefited her—and in a manner which was actually somewhat alienating of her own support base.

But seeing as the KMT’s response has been to refuse to negotiate the DPP and to try and take the budget hostage, causing legislature to ground to a halt, now it is the KMT which comes off as vindictive and failing to rise above its partisan political interests. It would seem to be a preferred tactic of Tsai to remain strategically silent and give her enemies enough rope to hang themselves when they overreact, a tactic she has employed in the past not only against the KMT, but also against China. 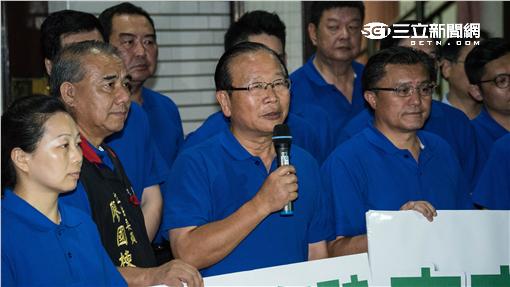 This will only be further damaging of the KMT’s image, seeing as the KMT now presents the image of being obstructionist in nature and engaging in scorched-earth tactics simply to give the DPP trouble—never mind what that means for Taiwan. When asked about the KMT’s motivations in its obstruction of legislature, for example, deputy caucus whip Lin Te-Fu simply replied, “Because it feels good!” Such actions only make the KMT appear all the more petty.

The collapse of a legislative aide of exhaustion during the marathon legislative session—eventually leading both pan-Blue and pan-Green camps to call for a truce to break for a night—has also provided a further opportunity for the pan-Green camp to bash the pan-Blue camp. The KMT now comes across as unnecessarily straining legislature simply because of its desire to revenge itself on the DPP for passing the party assets bill, even when this starts to affect the health of workers in the Legislative Yuan.

And, on the other side of things, pan-Green legislators win praise for sticking out the fight with the KMT’s obstructionism, even when—and precisely because—this exhausts them. Pan-Green legislators have won the praise of netizens when they are spotted late at night still around the Legislative Yuan and pictures of them are circulated on the Internet. On Thursday night, for example, the New Power Party’s Kawlo Iyun would pass by a spontaneous late-night potluck hosted by noted activist Indie DaDee outside of the Legislative Yuan, given that she was still at legislature late at night as a result of the marathon legislative session. This led to pictures being circulated on the Internet of her briefly eating some fried chicken with gathered youth activists before returning to work, winning praise of her work ethic from netizens. 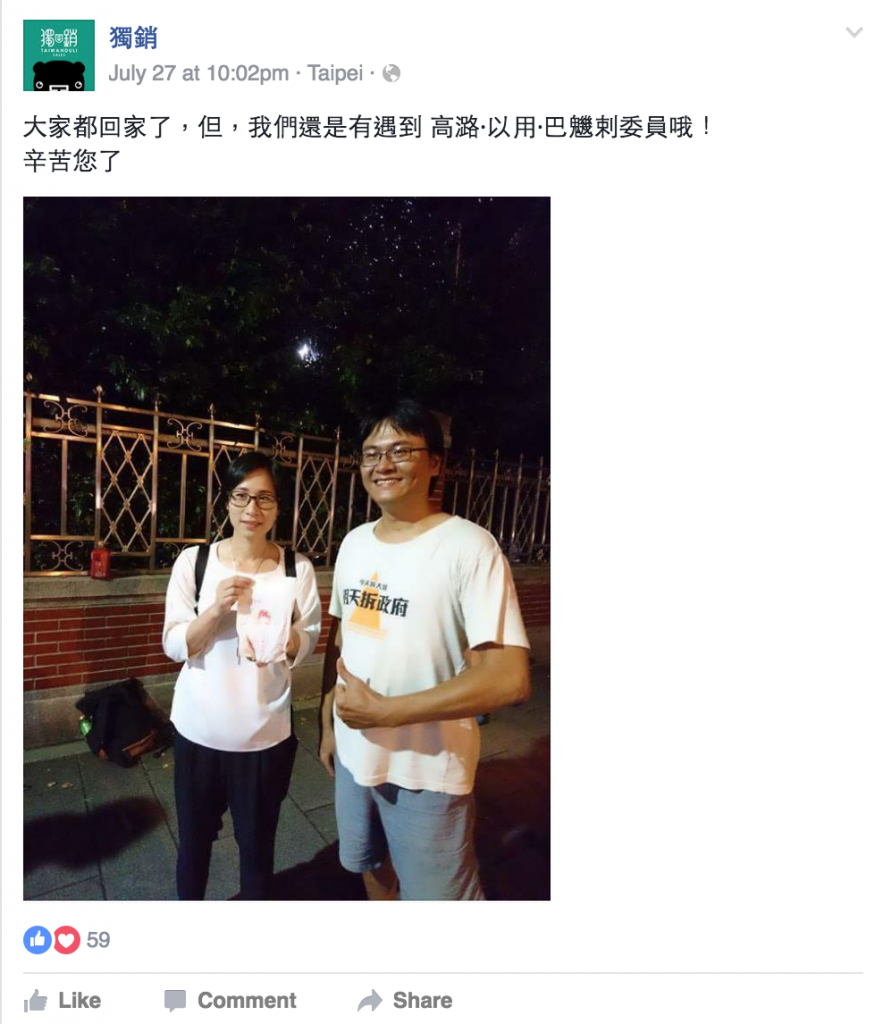 There have been some who have pinned their hopes on the passage of the party asset bill being a wake-up call for the KMT to realize its need for reform and to finally realize to what degree it has alienated the Taiwanese public. Indeed, Wang Jinpyng, the leader of the “Taiwanese faction” of the KMT who has forever been shut out of political power because of his ethnic background as a benshengren, would opine from somewhere in the wilderness that passage of the party assets bill provided “the KMT [with] an opportunity for rebirth.” Presumably, by that, he means that he has hopes the KMT establishment would allow him and his faction to rise to power—apparently still pinning his hopes on that happening after so many years of being snubbed by the KMT establishment, as an aging politician nearing the end of his political viability.

But present events would be further proof to the contrary that the KMT would be willing to change. Rather, the KMT has dug in its heels, drawn a line in the sand, and obstinately refused to change. And seeing as this will only be further alienating of the public, as a result, the KMT will only continue to further bury itself in the muck. The saga of the prolonged, painful, and mostly self-inflicted demise of the KMT continues.