How To Win Strikes

RECENT EVENTS such as the victory of the China Airline workers’ strike and calls for postal workers to also strike, along with the outpouring of support to them from all corners of society, indicate that the class consciousness of the Taiwanese working class has reached a new height. As the development of capitalism and its crisis deepens around the world, the demarcation between the ruling class and the rest of society will only become more obvious. While the ruling class gains more wealth and power over the rest of society, the working class will only endure more attacks from the bourgeoisie in the form of lengthening work time with deteriorating pay and living conditions. However, the potential power of the workers to rise up and transform society also grows proportionally stronger. 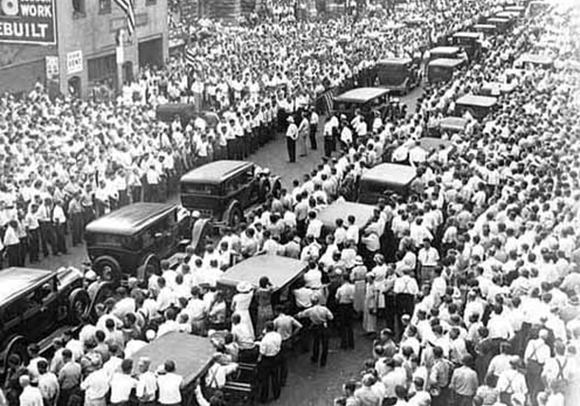 While the victories of China Airline workers and the postal workers are exhilarating and historic, they nevertheless have important aspects that cannot be ignored which contributed to their victory. As many have pointed out, a key factor that cannot be replicated for the workers in rest of the country is the fact that these strikes have largely been in the public sector. While China Airline is legally considered a private sector, publically traded company, these institutions are under control of the state of the Republic of China (ROC), which still holds a combined majority of the company’s stock, and thus placing the company under the state’s management. This implies that the management has to also factor in political considerations of the ruling party, the bourgeois Democratic Progressive Party (DPP), and back down in face of the strike when it benefits them politically. After all, the new chairman of China Airlines Ho Nuan-Hsuan was appointed by Premier Lin Quan shortly after the decision to strike was made, though before the strike actually took place. It should always be remembered that the DPP is no less eager to serve the bourgeoisie and assault the working class than does the KMT, as the DPP Tsai Ing-wen government is still maneuvering to cut holidays for all workers in Taiwan in order to lengthen their work time at the time of writing. It is now more appropriate than ever to supply the discussion with an analysis and perspective that best sums up the experience and points to how to take the movement forward.

Fortunately, I’ve recently also come across an excellent piece of Marxist literature by Comrade Harry DeBoer entitled “How to Win Strikes?” In the 1930’s, Comrade DeBoer was a young American worker working in the coal yards of Minneapolis, who became one of the key leaders of the historic 1934 Minneapolis Teamster Rebellion and helped lead it to victory. Soon after, he joined the American section of the international forces of Marxism under the leadership of Leon Trotsky. He later joined the American Labour Militant, the precursor organization of the US section of International Marxist Tendency, in the 1980’s. Harry passed away in 1992.

To put the success of the strike in perspective, prior to the strike, a union investigation concluded that truck drivers of Minneapolis at the time needed to work up to 90 hours a week in order to procure a weekly wage of $9 to $18, making their hourly wage only around 10 to 20 cents, already a starving wage for the city at the time. The working class also had to endure an estimated 3.5% inflation, calculated in CPI, without an increase in wage. When the strike succeeded by late August 1934, the bosses agreed to an increase to 50 cent per hour for truck drivers and 40 cent per hour for other workers at minimum, along with other provisions such as guarantee of overtime rate, non-discrimination against union members, and the institution of arbitration boards staffed with impartial parties rather than anti-union elements to settle labour disputes.

Not only that, the scale, energy, and success of the strike inspired a nation-wide unionization drive, turned the Teamsters union into a major union and gave rise to massive industrial unions such as the CIO. It should be noted that most of the American unions, still existing today, had a founding leadership of communists, anarchists, and socialists.

In 1987 at the age of 84, Comrade DeBoer synthesized his lifelong experience as a revolutionary worker into this pamphlet “How to Win Strikes?” in which he heavily referenced his experience from his leadership role in the 1934 Teamster Strike. This is of course not an exhaustive recount of the Strike, but a synthesis of his experiences which he turns into recommendations to the working class at the time of writing, which remains highly applicable and relevant to this day. For a more detailed insight into the development of the 1934 Teamster Strike, I refer readers to the Chinese version of “The Story of Minneapolis” translated by China’s Labour Review, this piece was written by Carl Skoglund, another leading figure in the strike and comrade-in-arms with Comrade DeBoer.

In reading this pamphlet, however, one is surprised to find how applicable Comrade DeBoer’s recommendations are in today’s Taiwan, United States, and many other places around the world. There is indeed a newfound mood and bravery among the youth and the workers, which manifests itself in the form of the political rise of previously marginalized left figures like Bernie Sanders and Jeremy Corbyn, or the colossal mass actions such as huge strikes in France and China, and the palpable increasing cohesion between the Taiwanese youth activists with the labour movement. Yet unlike the time when the pamphlet was completed, which was followed by a seeming victory of global capitalism against the backdrop of the collapse of Stalinism and the hollow boom fueled by the expansion of credits, we today are experiencing a definite decline of global capitalism. The most unbelievable things are happening in the unlikeliest of places, with the glaring example of Brexit. While future developments will not happen linearly, and small periods of calm or even growth might happen, more dramatic swings and tremors in society is only to be expected. The failing system will only pressure the global bourgeois to intensify its assault against the working class. 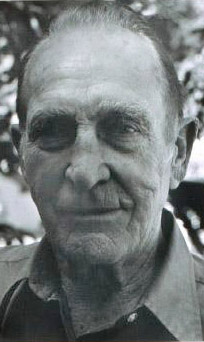 It is here that we need to add to Comrade DeBoer’s analysis: that the working class not only needs to beat the bosses, they have to overthrow capitalism through an international socialist revolution with a Marxist program in order to escape the bind of capitalism and progress society forward. Just as Marx explained in Value, Price and Profit:

“[T]he very development of modern industry must progressively turn the scale in favour of the capitalist against the working man, and that consequently the general tendency of capitalistic production is not to raise, but to sink the average standard of wages, or to push the value of labour more or less to its minimum limit. Such being the tendency of things in this system, is this saying that the working class ought to renounce their resistance against the encroachments of capital, and abandon their attempts at making the best of the occasional chances for their temporary improvement? If they did, they would be degraded to one level mass of broken wretches past salvation. I think I have shown that their struggles for the standard of wages are incidents inseparable from the whole wages system, that in 99 cases out of 100 their efforts at raising wages are only efforts at maintaining the given value of labour, and that the necessity of debating their price with the capitalist is inherent to their condition of having to sell themselves as commodities. By cowardly giving way in their everyday conflict with capital, they would certainly disqualify themselves for the initiating of any larger movement.

At the same time, and quite apart from the general servitude involved in the wages system, the working class ought not to exaggerate to themselves the ultimate working of these everyday struggles. They ought not to forget that they are fighting with effects, but not with the causes of those effects; that they are retarding the downward movement, but not changing its direction; that they are applying palliatives, not curing the malady. They ought, therefore, not to be exclusively absorbed in these unavoidable guerilla fights incessantly springing up from the never ceasing encroachments of capital or changes of the market. They ought to understand that, with all the miseries it imposes upon them, the present system simultaneously engenders the material conditions and the social forms necessary for an economical reconstruction of society. Instead of the conservative motto: ‘A fair day’s wage for a fair day’s work!’ they ought to inscribe on their banner the revolutionary watchword: ‘Abolition of the wages system!’

Nevertheless this perspective remains a voice in the wilderness in the world for now. The task at hand is to build a theoretically and organizationally trained cadre force that is skilled at proliferating this perspective to the increasingly revolutionary masses, in order to take the demands and needs of the global working class to their logical conclusion: the construction of a socialist world.

This was what Comrade DeBoer, a genuine Marxist, had in mind as well. In translating this pamphlet, we hope to pay tribute to and expand his lifelong service to the world proletariat.

The English version of the pamphlet can be read in its entirety for free here.