A Political Crisis in Okinawa?

THOUGH LITTLE discussed outside of Japan, Okinawa would currently be in a state of political crisis after the mass deployment of upwards of five hundred and it is rumored as much as one thousand riot police from the more central Japanese islands to the district of Takae in Okinawa, which has only a population of 160. The issue at hand is the construction of helipads as part of US base construction in Okinawa. This is part of the planned relocation and expansion of the American-run Futenma Air Base, from its current location of Ginowan City to Henoko Bay. This is known as the Henoko Plan. According to polling last year year, 76% of Okinawans oppose the relocation and expansion of Futenma Air Base by way of the Henoko Plan.

Although the American military also has bases within the mainland Japanese islands, 74% of all US military installations in Japan are based in Okinawa. However, residents of Okinawan have been opposed to the construction of helipads, as a result of land appropriation, forced relocations, environmental, noise pollution, and the dangers that the accident-prone Osprey helicopter poses to local residents. Okinawa, an island with a population of approximately 1.43 million, is located surprisingly far from the more central Japanese islands, and is in fact geographically closer to Taiwan than to the rest of Japan.

The attempt by the central government in mass deployments of riot police to Takae, then, would be to put down local resistance against base construction. The measure is a controversial one, seeing as the use of such high numbers of riot police are not usually seen outside of attempts to put down organized crime groups. But here, riot police are being used to put down civilian demonstrations. Some Japanese journalists have gone so far as to declare this to be a borderline declaration of martial law in Okinawa, suggesting future implications for the rest of Japan.

In a surprise move, in March, Abe would halt base construction in Henoko, with the unexpected suggestion that base construction could be put off another nine years until 2025. Nevertheless, base construction suddenly began again shortly after the sweeping victory of Abe’s Liberal Democratic Party in Upper House elections earlier this month, officials claiming that construction had just been put off to avoid disturbing the nesting season of the noguchigera woodpecker, a protected species. But after local resistance that began immediately after the closing of polls saw clashes with riot police that riot police from the more central Japanese islands are now being deployed en masse to Okinawa. 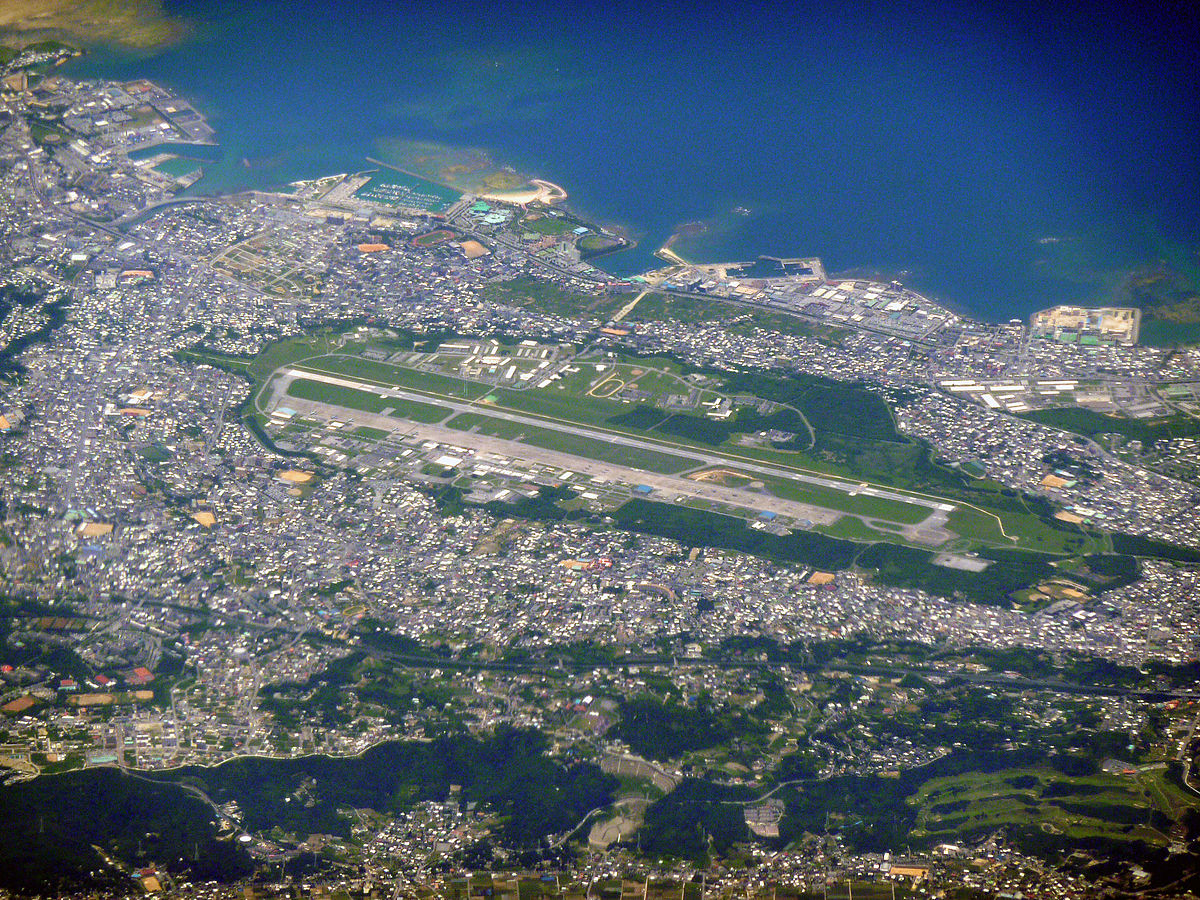 American bases in Okinawa have been an object of much controversy in recent years, with the Abe administration attempting to force through a plan to relocate, consolidate, and expand existing American bases. This has been an issue, however, on which the Abe administration is embattled with local residents, who see Okinawa as bearing too much of the brunt for American military bases in Japan.

In many of these cases of wrongdoing by American servicemen, American suspects are tried internally within the military rather than handed over the Japanese justice system, provoking further ire. Recently leaked training materials have also provoked anger, with the perception that these training materials contribute to a condescending attitude by American servicemen towards Okinawans. Demonstrations against American bases in Okinawa seen the participation of close to 100,000 in recent years.

Such incidents contribute to the sense of Okinawans of being a victim of colonialism two-times over—not only from American bases built on Okinawan soil, but from the Japanese central government. After the end of World War II, Okinawa was under American rule until 1972, when it was returned to control of the Japanese government but American bases remaining on the island.

Yet as seen in the present actions of the Japanese government, the central Japanese government has a habit of disregarding the will of locals. This only contributes to Okinawa’s independent sense of identity from the rest of Japan, not only as a product of a separate history, culture, and language, but this sense of being colonized by both Japan and America. Indeed, regards to that the Ryukyu Kingdom—as Okinawa was known in past centuries—only became part of Japan in 1879. The means by which American occupation continued split Okinawa off from the history of the more central Japanese islands contributes to the separate sense of identity of Okinawans in the present. As a result, though little known outside of Japan, Okinawa does in fact have an independence movement—which should not actually be very surprising given this history.

The surprise election of Takeshi Onaga in 2014 as an independent, however, saw the rise of a conservative politician opposed to further base construction in Okinawa—putting him at loggerheads with the administration of Shinzo Abe of the LDP. This has won praise from surprising quarters, a piece in Forbes dubbing Onaga “Japan’s bravest man” for his willingness to disregard both the Abe administration and American interests in opposing base construction or relocation. Onaga has visited Washington to press his case several times in the past, but the American government has generally been insistent that this is something to be worked out between Okinawa and Japan. 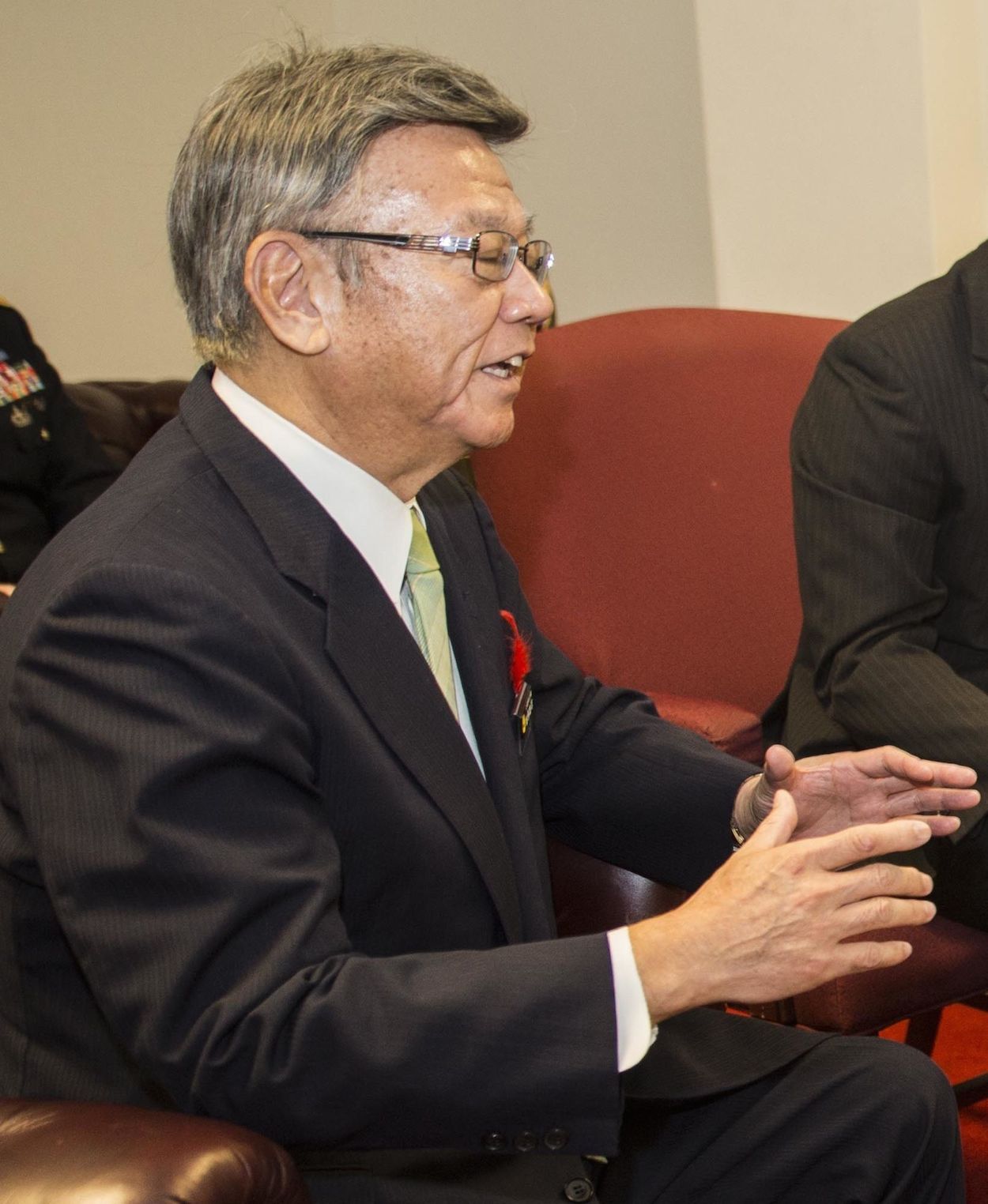 It may be that resistance on the part of Onaga and of Okinawan locals has gotten to be too much, hence now the filing of a lawsuit against Onaga for defying the orders of the Japanese government and the use of riot police against the people of Takae from the more central Japanese islands. Takae, as a hotbed of resistance in recent years that has received much attention, may be put down as an example. But it would be that the sovereignty of the people of Okinawa is being disregarded and forcibly put down by the Japanese government in the present.