Leon Dai and Questions of Identity in the Sinophone Entertainment Industry

THE REMOVAL OF Taiwanese actor Leon Dai from Chinese film No Other Love because of a perceived pro-Taiwanese independence stance has provoked outcry in Taiwan. An online petition calling for Dai’s removal as a result of past expressions of support for the Sunflower Movement in Taiwan and Umbrella Movement Hong Kong from was started in early July on Weibo by the Communist Youth League. But outcry had ensued since announcement of Dai’s casting in April.

Dai’s removal from the film actually comes after Dai posted a statement on June 30 in response to criticisms stating that he was not a supporter of Taiwanese independence and that he had been raised as Chinese by his parents, but calling on individuals to respect his views. However, the Communist Youth League petition would gather photographic evidence of past support for the Sunflower and Umbrella movements by Dai, apparently with the intent of refuting Dai’s claims. 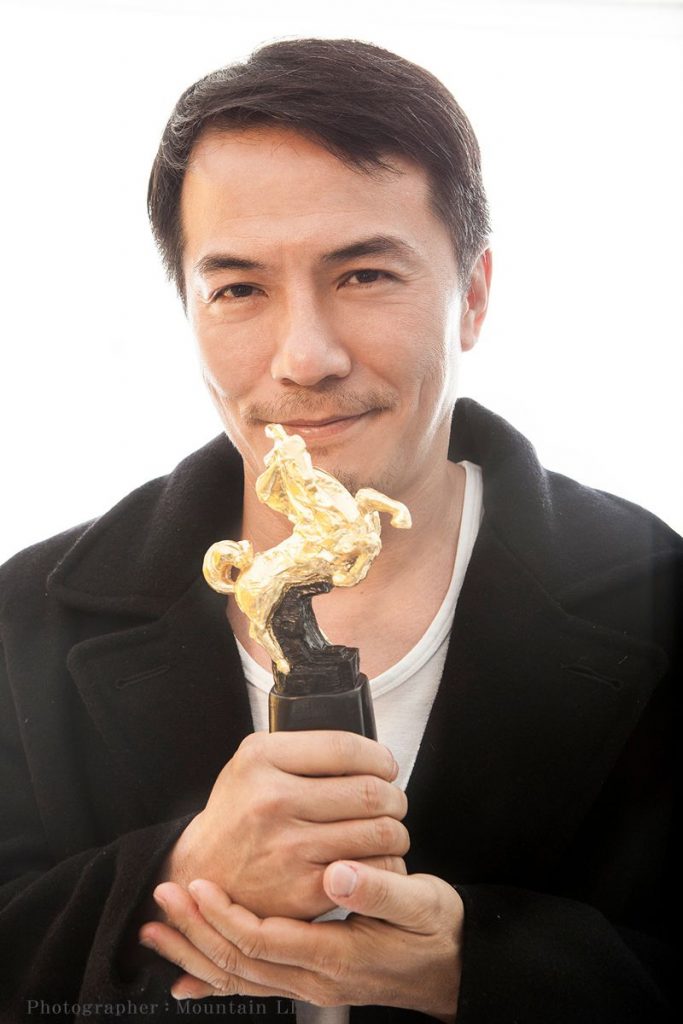 The petition would prove effective, particularly after a wave of nationalist sentiment following the recent ruling by the Hague in favor of the Philippines during South China Seas territorial disputes between Taiwan and China. Following the ruling, Chinese celebrities posted nationalistic messages online inveighing against the ruling and celebrities who did not post such messages were criticized. Indeed, no less than Jackie Chan would be criticized for not posting such a message; although born in Hong Kong, Chan has long established a reputation as an apologist for the Chinese government.

No Other Love is, of course, a romantic comedy and not a political film. But when it comes to flare-ups of nationalist sentiment, the entertainment industry quickly becomes highly politicized terrain. The replacement of Leon Dai, who had been slated to play the lead role in No Other Love, actually comes after the film shooting had completed and the film was in post-production, meaning that extensive reshoots will be necessary, something which seems to have happened after investors in the film balked. No Other Love’s Chinese director, actress Vicky Zhao Wei, herself had in the past been forced to apologize in 2001 after making a public appearance wearing a dress whose pattern vaguely resembled the Japanese flag as a new actor. 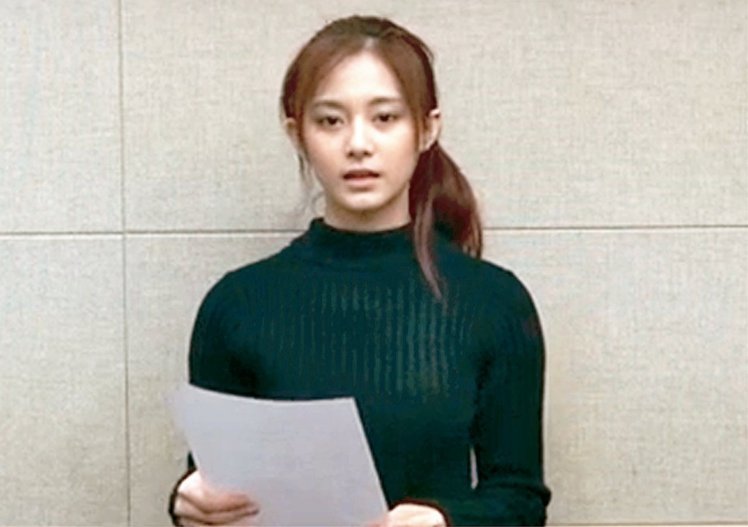 Chou Tzu-Yu of Twice reading an recorded apology and reemphasizing a Chinese sense of identification in January 2016.

Yet it would be that the Sinophone entertainment industry has been a site of contestation about identity for some time. Before 2016 presidential and legislative elections, an outcry ensued about Chou Tzu-Yu, the sixteen year old Taiwanese member of multinational K-pop idol group Twice, being forced to apologize and emphasize on a recorded speech that she was Chinese after it became perceived that she was pro-Taiwanese independence for holding a Republic of China flag on a video released by Twice.

Chinese backlash against Chou began after Taiwanese pop artist Huang An accused her of being pro-Taiwanese independence on Weibo because of waving the Republic of China flag. Indeed, waving a Republic of China flag would not actually be perceived as being pro-Taiwanese independence in Taiwan, but Huang An was likely seeking to drum up support from Chinese fans. Likewise, it seems that Twice’s Korean management likely feared offending the sensitive Chinese market. 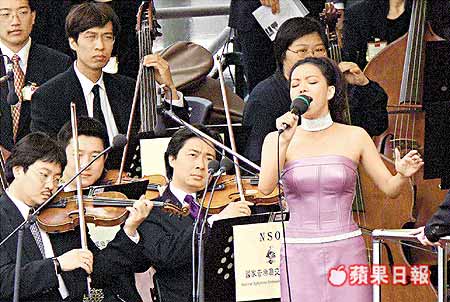 There are many other incidents along such lines, with Taiwan or Hong Kong entertainers facing Chinese backlash for perceived separatist views. Many past performers at Taiwanese presidential elections in which a DPP president is elected become banned from China, for example, as in the case of pop singer A-Mei, who sang at Chen Shui-Bian’s inauguration, or the Puzangalan Choir, which sang at Tsai Ing-Wen’s inauguration.

Yet the Chinese market is a large one and entertainers from Taiwan or Hong Kong seeking to enter into the Chinese market as such, sometimes do take on strong stances against Taiwanese independence, or face the pressure to declare themselves unequivocally Chinese.

Such would be market interest at work in the entertainment industry, as affecting questions of identity. The relation of economic interest as directly affecting choice of national identification is a broader phenomenon which we can also observe in individuals from Hong Kong or Taiwan that do business with China—as we see particularly in the case of the taishang. As entertainers are in the entertainment industry ultimately to make money, no different really than businesspeople as taishang, this would be the same phenomenon—just that as a highly visible individuals in the media, celebrities become a public index of identity struggles in the Sinophone world.

In the entertainment industry, however, built as it is upon a complex of talent agencies and corporate sponsors, there is the particular pressure of that entertainers who face nationalistic backlash from the Chinese market may lose corporate sponsorship. We can see this in the cancellation of a concert by Hong Kong singer Denise Ho after sponsor Lancôme backed out due to Ho’s pro-democracy political views. Ho herself refusing to back down from her political views, Hong Kong civil society would rally around Ho subsequently, leading her to later schedule another concert at the same venue.

In many cases, the sheer size of the Chinese market leads many entertainers and entrainment agencies to have their eyes set upon it above all else. But with the politicization of the Sinophone entertainment industry where issues of identity are concerned, incidents as the removal of Leon Dai from No Other Love are wont to happen, and may become more frequent in the near future as a result of Chinese nationalistic fulminations against Taiwan and Hong Kong.

Yet interestingly, we may note the phenomenon of when celebrities back down and apologize for previous views, reemphasizing their Chinese identity, this actually tends to reinforce the identity divide. Nationalistic Chinese netizens may celebrate, but this uses leads to outrage in Taiwan and Hong Kong, reemphasizing their identity as non-Chinese. Indeed, campaigns of persecution from nationalistic Chinese netizens probably tend to lead to the reinforcement of non-Chinese identity and are in this way somewhat self-defeating. We will see as to how that affects the identity choices of Sinophone entertainers going forward and how the Taiwan and Hong Kong publics react.