Brian Hioe:  Can you talk a little bit about how the Taiwan International Labor Film Festival started? Who is involved organizing the festival?

Catta Chou:  I was involved in a group named the “High-Tech Cold-Blooded Youth” (高科技冷血青年) in 2010. The group was a group of students from various universities and was established because of a working dispute with Young Fast. During 2010 and 2011, High-Tech Cold-Blooded Youth was very close to the Serve the People Association (SPA, 群眾服務協會) and Youth Labor Union 95 (YLU 95, 台灣青年勞動九五聯盟) because of the constant protest actions against HTC and Foxconn. You can read more about it here.

BH:  The last time the Taiwan International Labor Film Festival was held was in 2012. What made you start up the event again this year?

CC:  We always wanted to restart the event. But as time goes by, people from the High-Tech Cold-Blooded Youth moved on with their own lives. Although the network of activists remained, people focused on their own issues. So it’s hard to grab people back together to organize the event.

I was elected as the YLU95 president in 2015 and one of my goals was to restart the labor film festival. But the problem is YLU95 is such an unfunded, tiny organization, while organizing an event as a film festival needs a lot of money.

Last year we tried to do fund-raising but didn’t get any money. Luckily, earlier this year we heard that Department of Labor of Taipei City Government is looking for organizations to help them organize a labor film festival. So we went through the administrative process and confirmed that the Department of Labor of Taipei City Government will host the event and provide the funds to YLU95 to make sure the event takes place. 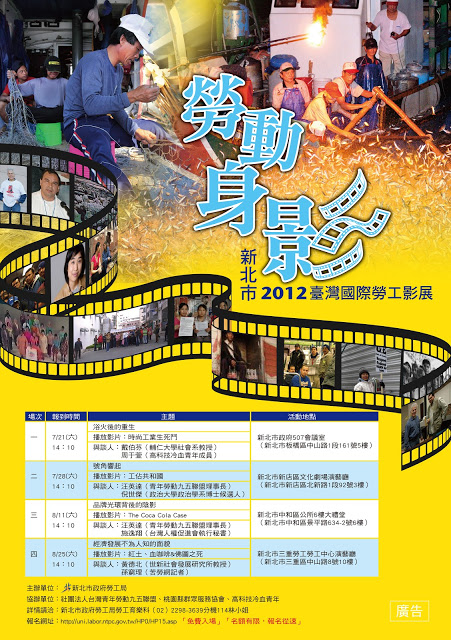 BH:  In particular, based on the selection of films from the festival, it strikes me that there is a focus on youth and migrant labor. Can you discuss this a little bit? Why this choice?

CC:  I’ve been concerned about labor issues for quite some time and been active in YLU95 since 2010. We had many young workers come to YLU95 for advice on their workplace. And we have helped many young people get their back pay and fight for justice. But we found out that there is a structural problem among the youth. That is, young workers know nothing about their rights at work, have no idea how to protect themselves, and most of the time are not brave enough to stand up and fight for themselves.

This really makes us want to put an emphasis on youth education. The reason why we choose to focus on youth and migrants is also partly because of my personal experience of a working holiday in Australia. This was in 2013, when the mass media in Taiwan suddenly spent a great deal of effort on promoting working holidays, even the president (it was Ma Ying-Jeou then) encouraged youth go abroad, travel, work and experience different cultures. I was so overwhelmed by the “working holiday trend” that I decided to go experience what a working holiday is like.

And then I encountered a working dispute in Perth, Australia. I was lucky that I have sufficient English ability to express myself and file a complaint to the government. And with my Australian union friends, IWW people and some Filipino friends from Migrante, we had a small protest in front of the agency. 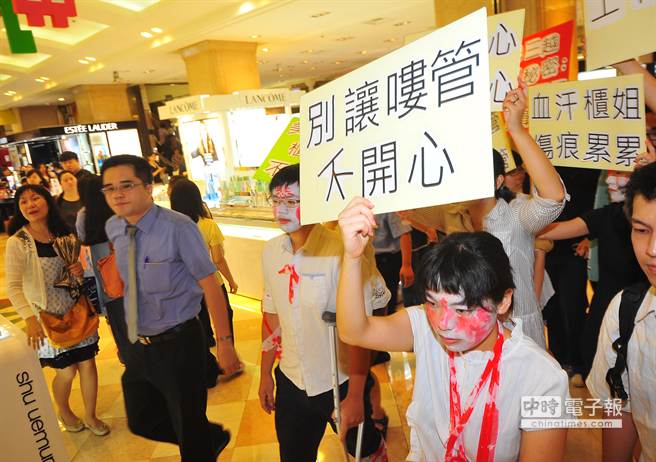 After my trip to Australia, I returned to Taiwan and started working for the migrant workers’ shelter in SPA. During that period of time, I met many workers who are just about my age, but had been working for many years and encountered working disputes in Taiwan. My personal experience in Australia and their experiences in Taiwan are pretty much the same. And as I learned more about the migrant policy in Taiwan, I found that there are more and more migrant workers in Taiwan but not much locals really get to know these people and their countries (just as there are more and more working holiday workers from Taiwan in Australia but Australians don’t really know much about Taiwan).

BH:  What are some challenges you have faced so far in organizing the Taiwan International Labor Film Festival?

CC:  One of the problems we have had so far is the subtitles. It is rather uncommon for English speaking countries to have subtitles on their films while it is almost a must in Taiwan. For most of the audience in Taiwan, subtitles are very important as a supplement for people to understand the film. However, since most of the films come from a foreign country with a foreign context, sometimes it is really hard for people fully understand the whole picture. We will either have to provide more info outside the film (e.g. making flyers or info sheets) or by adding excessive subtitles on each screen (which can be annoying for viewers).

BH:  What do you hope to accomplish through the Taiwan International Labor Film Festival? How do you hope this will affect Taiwanese labor?

CC:  Films are great in terms of telling stories. People can relate themselves to the context of the film, and at the same time learn the ideas from others. Although working conditions might be different from different regions, globalization is influencing everyone in every country. I think labor films are a form of media which can allow workers to learn from others and about their own situations and in that way are a great form of educational material. 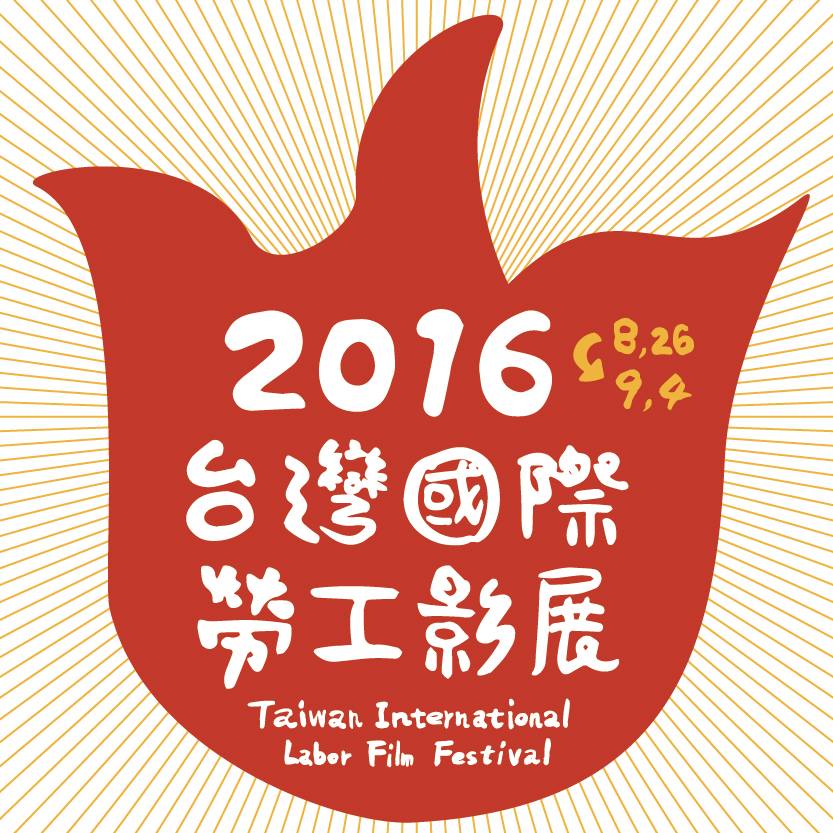 I think Taiwan International Labor Film Festival is important because the film market in Taiwan has very few labor films. And not only do our people disregard the value of labor, our government also look down on workers. (You see how the officials react when workers demonstrate on streets). We need to strengthen ourselves in labor power and labor unions. I think (re)building the labor culture via the labor film festival is a good start.

BH:  Lastly, what would you have to say to not only Taiwanese readers, but international ones?

CC:  When we are doing subtitles, we found that there are many things we can do beforehand to prevent difficulties during the process. I really want to help establish a SOP for all film festival organizers, especially those who are screening foreign films, to help reduce the trouble of making subtitles.

For those who have helped us organize the event, we really appreciate your help. 🙂 For those who are interested in our program, please visit our English website.