Why Would Tsai Ing-Wen Send A Warship To Taiping Island?

PERHAPS ONE of the most surprising outcomes of the UN Permanent Court of Arbitration in the Hague ruling in favor of the Philippines between territorial disputes between China and the Philippines in the South China Seas would be Taiwan’s sudden intervention into the matter through deploying a warship to Itu Aba. Itu Aba, also known as Taiping Island, is currently administered by Taiwan and has fortifications, military barracks, a hospital, radar and satellite facilities, and a temple on the island. However, the island is also claimed by China, the Philippines, and Vietnam.

It is not, in fact, surprising that Tsai Ing-Wen would continue to reiterate the ROC’s claims over South China Seas islands. When pressed on the matter by the KMT in the past, Tsai has reiterated that she will continue to defend the territorial claims of the ROC in her position as president of the ROC. Yet what is surprising is that Tsai’s response to the UN Permanent Court of Arbitration ruling would be aggressive enough to deploy a warship to Itu Aba. 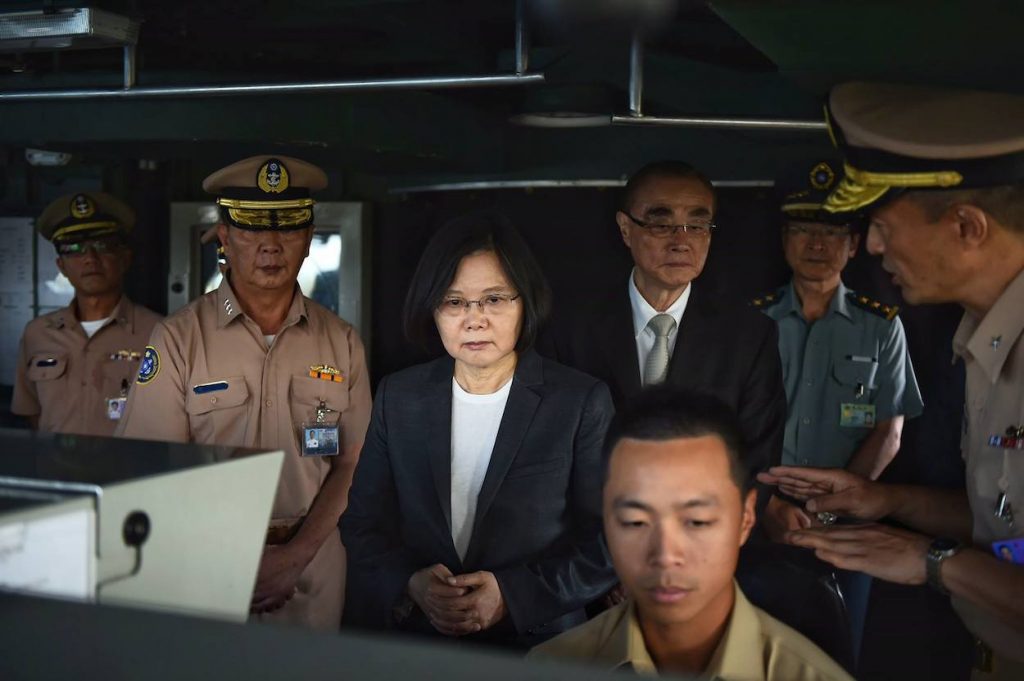 Namely, although this is what may be called for by the KMT, for whom defending the ROC’s territorial integrity is a sacred matter within deep Blue KMT ideology, the move risks potentially alienating potential allies of Taiwan against China with whom Taiwan has territorial disputes South China Seas. If this has been an issue in the past over disputed fishing waters with Japan, a potential major ally against China, this is also the case with the other claimants of Itu Aba. In particular, Tsai’s New Southwards Policy seems aimed at building political and economic ties with Southeast Asian countries in order to wean Taiwan off of economic dependence with China, and with the possibility of strengthen political ties able to resist Chinese influence in the region. 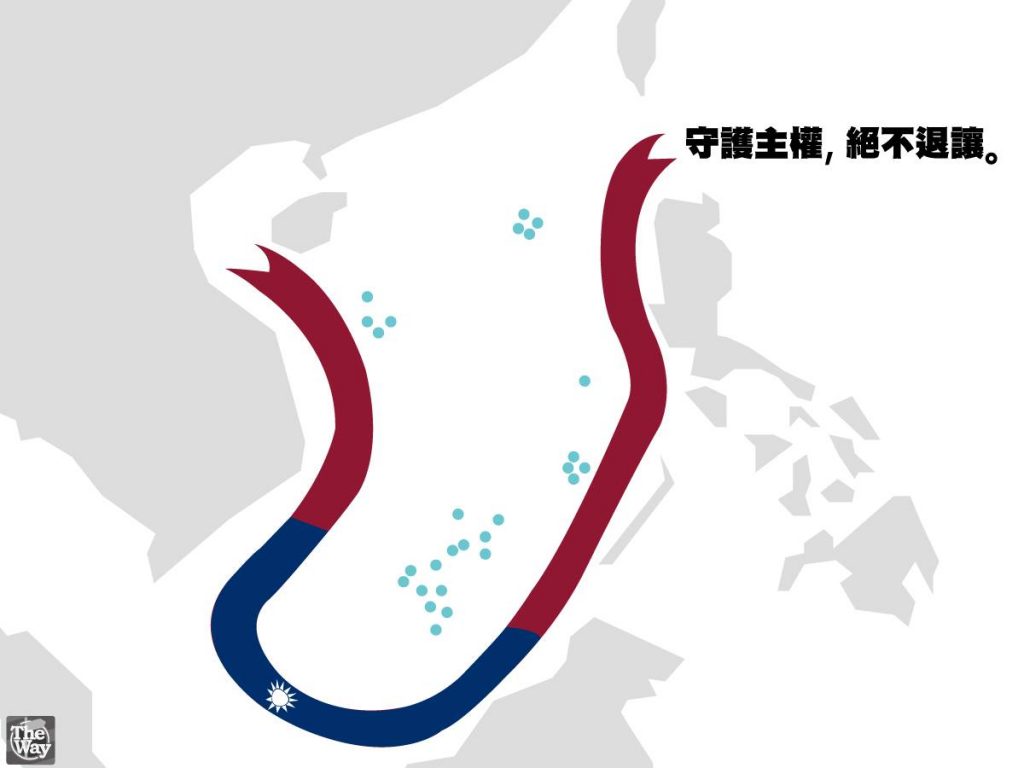 A possible motivation for interceding here would be that Tsai is trying to secure a seat in the course of future South China Seas negotiations by forcibly reminding the world of Taiwan’s stake in the matter, seeing Taiwan also has an interest in and claim to South China Seas islands but is often ignored during such proceedings. Taiwan was neglected during the proceedings of the UN Permanent Court of Arbitration’s recent ruling, for example.

Yet it generally seems more along the lines of KMT ideology to prioritize defending the ROC’s territorial integrity at all costs, deep Blue ideology placing a great deal of ideological weight on defending South China Seas islands claimed by the ROC. Ma Ying-Jeou would himself make a highly publicized visit to Itu Aba in January in order to protest, which was then seen as Ma potentially seeking to sabotage Tsai’s future foreign policy and Ma acting as a rogue actor in increasing regional tensions about disputed South China Seas islands territories for the sake of KMT ideological interests—when he had previously been seen as a pragmatic peacemaker on the issue. Indeed, reiterating the importance of defending the ROC’s island territories within deep Blue ideology, the KMT attempted to use the issue as an attack on Tsai almost immediately after the ruling, suggesting that Tsai had no interest in defending the territorial integrity of the ROC. Nonetheless, Tsai would seem to have continued Ma administration policy here, surprisingly enough. 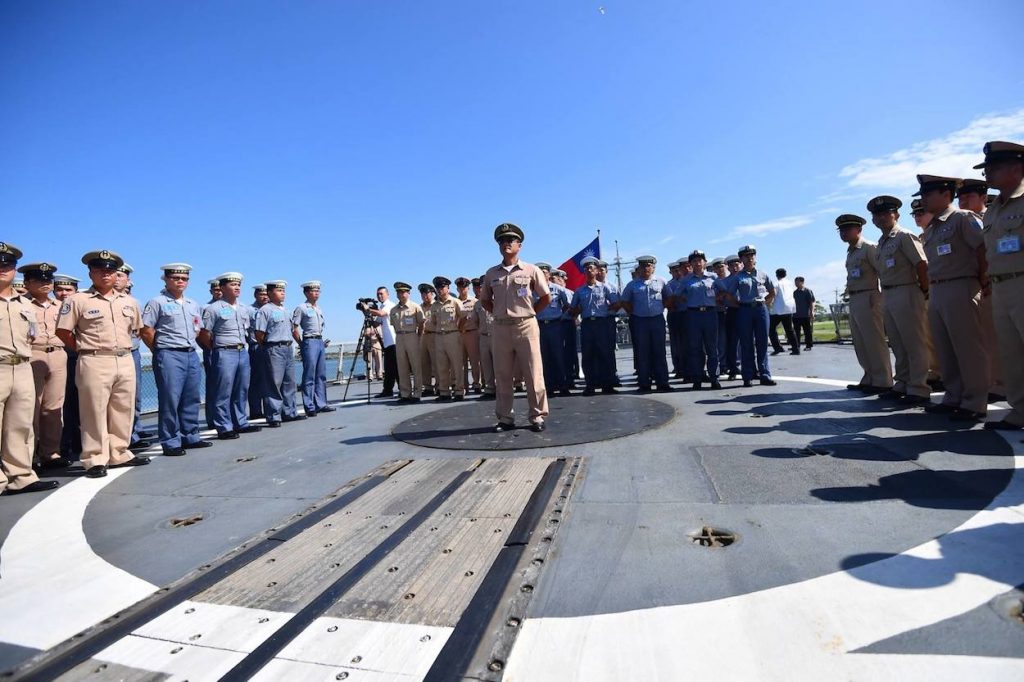 As pointed out in a lucid and highly illuminating article by Gerrit van der Wees of the Taiwan Communique in The Diplomat, the ruling by the UN Permanent Court of Arbitration actually allows Taiwan to retain sovereignty over Itu Aba. The issue at hand is actually the downgrading of Itu Aba from an island to a rock reef, which affects the size of the fishing waters Taiwan can claim based on Itu Aba’s size definition. The UN Permanent Court of Arbitration’s downgrading of Itu Aba was also to prevent a patchwork of conflicting Exclusive Economic Zones in the South China Seas

As van der Wees suggests, Taiwan can lodge protest the fact that it has often been left out of negotiations regarding South China Seas islands and ocean territory. The use of the term “Taiwan Authority of China” in the UN Permanent Court of Arbitration to refer to the Taiwanese government was unacceptable, adding another strange coinage to the list of euphemisms used to refer to Taiwan including “Taiwan, Province of China” and “Chinese Taipei”, and this should be protested by Taiwan—along with Taiwan being left out of negotiations entirely. But this calls for restraint, rationality, and a show of pragmatism—which would allow Taiwan to seize the moral high ground on the issue—not by giving into the calls for “saber-rattling and sending warships to the region” by KMT “ultra-nationalists”. 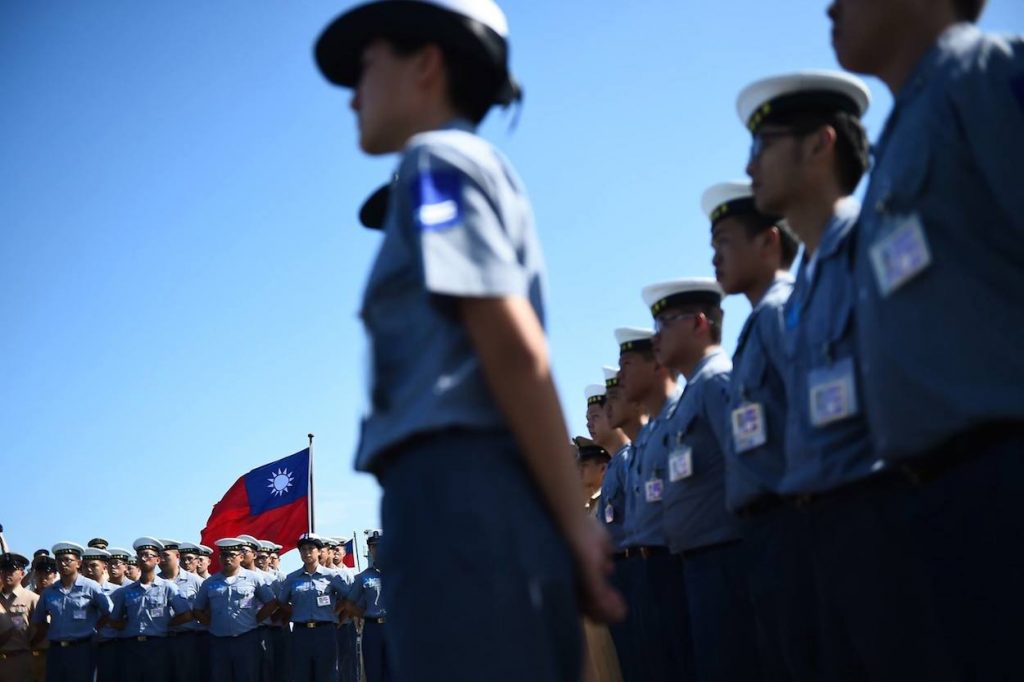 Unfortunately, this is not what Tsai has done at present. Are her actions because of the fact that KMT voices were loud enough that, in the interests of putting on a show of bipartisanship and not simply disregarding the other side of the political aisle, she had to act much as they would? Is this a highly aggressive attempt by Tsai to try and make sure Taiwan has a seat at future South China Seas negotiations? Is this just another sign of the DPP becoming increasingly indistinguishable from the KMT? Or does this ultimately return to the ROC framework and that, as president of the ROC, Tsai is legally obligated to defend the territories of the ROC even when this is counterproductive to her own foreign policy? Notably, even Chen Shui-Bian—the preceding DPP president who was sometimes seen by policymakers as a troublemaker in the Taiwan Straits because of a diehard pro-independence stance—visited Itu Aba in 2008 in order to reiterate Taiwan’s territorial claims over it.

Ultimately, it remains for Tsai to justify her actions on the issue. And it remains to be seen as to how disputes over South China Seas islands and ocean territories will be settled.