Questions About Tiananmen Square 27 Years on in Taiwan and Hong Kong?

THE 27TH ANNIVERSARY of the Tiananmen Square Massacre passed yesterday with commemorations in Taiwan and Hong Kong. In Hong Kong, however, notably the annual commemoration of the Tiananmen Square Massacre has become a heated topic of debate in the last year. With the rise of localism in the last year, particularly after the events of February’s Fishball Revolution, some claim that Hong Kong should not commemorate Tiananmen Square, with increasing calls to split relations between Hong Kong and China. The notion would be to treat Tiananmen Square as something which happened in another country, with little relation to Hong Kong. Likewise, some take issue with the claim that the democratization of China should begin with Hong Kong, with the view that Hong Kong should focus on its own internal problems.

Tiananmen Square Massacre commemorations have historically had high attendance in Hong Kong as a yearly event. In 2009, for the 20th anniversary of the Tiananmen Square Massacre, organizers reported 150,000 in attendance, supposedly the highest turnout since the events of 1989. This year has faced calls for boycotts of the annual commemoration, as well as the withdrawal of the Hong Kong Federation of Students, the largest student group in Hong Kong. Organizers claimed 125,000 in attendance, nonetheless. The commemoration saw several organized attempts at disruption, as well as the holding of an alternative forum to discuss the events of June 4th, in which a number of panelists were localists.

On the other hand, in Taiwan, annual commemoration events for the Tiananmen Square Massacre took place in Freedom Plaza without incident, with several hundred in attendance. Speakers included former Tiananmen Square student leaders as Wuerkaixi and Wang Dan, both of whom expressed reservations about the recent trend towards distancing one’s self from Tiananmen Square commemorations in Hong Kong. Oddly enough, speakers did not include members of the Democratic Progressive Party, but included the KMT, as well as members of third parties closer to Taiwanese activism as the New Power Party, Social Democratic Party, and Green Party. The inclusion of the KMT in past commemoration ceremonies has raised hackles before, but the lack of inclusion of the DPP—currently the ruling party in Taiwan for the first time in its history—is surprising, although it may not mean much.

Notably, whether before the Sunflower Movement or after it, Tiananmen Square Massacre commemorations in Taiwan were never extremely large, usually only having several hundred in attendance. However, it is noteworthy that it has not been a particularly debated topic in Taiwan as to whether to commemorate the Tiananmen Square Massacre because it happened in China or not. More often than not, one just sees commemorations of the Tiananmen Square Massacre without commentary from pro-independence activists. In such cases when this question comes up in Taiwan, it is often because of awareness of this current debate in Hong Kong. This has not prevented attempts to slander the pro-independence position in Taiwan as callous in its treatment of China by pro-unification commentators using the events of June 4th, however. 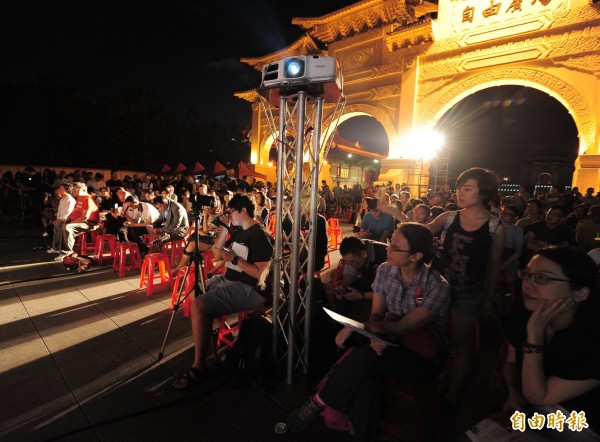 Tsai Ing-Wen, who recently took office as president, released a statement on Facebook which seemed to try to take a middle ground between distancing one’s self from China or the view that Taiwan’s democracy could be an example for Taiwan’s democratization. Wuerkaixi, however, would take issue with Tsai’s use of “Tiananmen Square Incident” rather than “Tiananmen Square Massacre” in the statement. The use of “Incident” or “Massacre” is, of course, becomes a politicized matter, as in the use of “228 Massacre” or “228 Incident” Between pan-Green and pan-Blue narratives of Taiwanese history. Nonetheless, under a pan-Green controlled legislature, this would be the first year that the Tiananmen Square Massacre was commemorated in the Legislative Yuan.

On the other hand, KMT chairwoman Hung Hsiu-Chu’s statement on the Tiananmen Square Massacre would prove a bizarre exercise in cognitive dissonance, framing June 4th as a momentary, but tragic aberration in China’s process of democratization—which then continued afterwards without interruption, as seen in China’s rapid economic growth in the present. Though this obviously reflects the pro-China identification of the KMT, Hung’s statement reiterates what is basically the views upon June 4th from contemporary apologists for the Chinese party-state. Apart from pro-China ideological diehards who deny the events of June 4th as having happened altogether, see the guiding hand of American imperialism behind it, or view the Chinese government as wholly justified in its actions in putting down student demonstrators, more politically liberal apologists for the Chinese government sometimes take this view—that Tiananmen Square was a tragedy, but a still momentary aberration in the development of China.

Yet although commemorations of the Tiananmen Square Massacre occur across the world every year, as with this year and past years, sometimes it strikes that the actual facts of the Tiananmen Square elude memorializations. If the Tiananmen Square occupation is remembered as a pro-democracy demonstration, this is not incorrect, but there was not ideological agreement between the student occupiers in Tiananmen Square between calls for varying levels of reform. Some calls for reform were with the aim of calling for internal reform of the CCP, for example, not for the CCP to relinquish power altogether. Close examination of the CCP’s decision-making process also suggests that its violently cracking down on students may have been be an overreaction, in which the CCP perceived the students as a existential threat to its power that they really might not have been. As such, simply memorializing Tiananmen Square within the framework of “pro-democracy” protests may in fact prove somewhat occluding in nature without asking deeper questions about the hypothetical democratization of China, as in the present there remains a lack of satisfactory answers about what the government of a post-authoritarian China would look like seeing as that the CCP is unlikely to go away anytime soon. 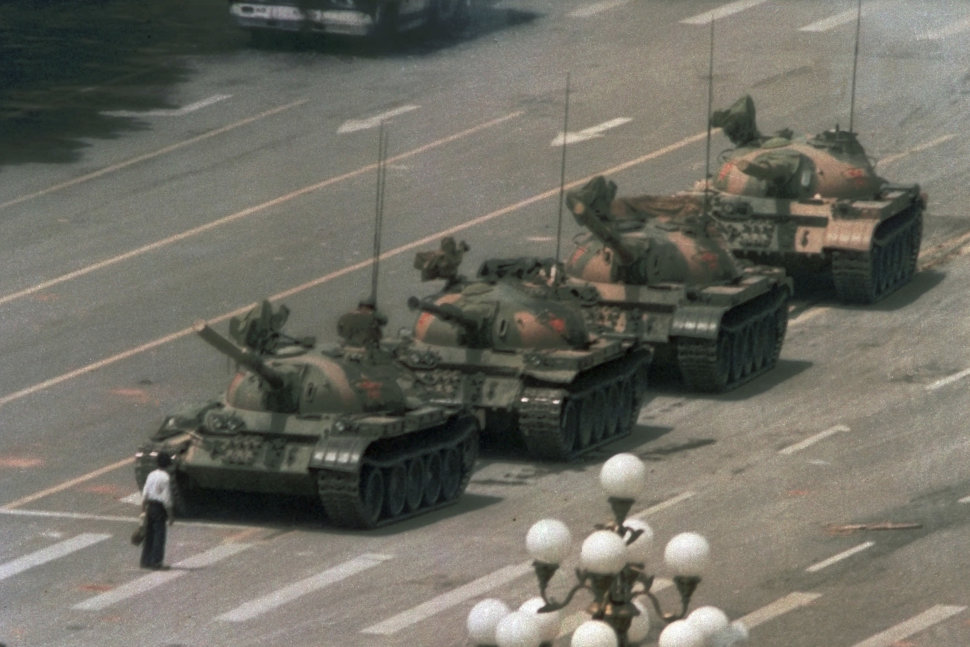 Likewise, debate regarding whether to commemorate June 4th or not in territories or countries as Hong Kong or Taiwan outside of China but which have ambiguous relationships to China reflects the unsettled nature of questions about what these places’ relationship to China should be. Though calls for greater autonomy have been on the rise in Hong Kong, it is still contested territory as to what Hong Kong’s relation to China should be, between calls for some form of self-determination which does not preclude remaining under Chinese rule, calls for complete independence from China, and the view that a democratic Hong Kong would provide for the beginnings for the democratization of China. In Taiwan, in spite of the fact that Taiwan unambiguously enjoys de facto independence from China, it remains that the official framework of government is the Republic of China, and calls for realizing full Taiwanese independence are shot down on the basis of that this would be overly provocative of China. In this way, despite Taiwan’s de facto independence, Taiwan remains bound to China, and this relationship to China will persist so long as the Republic of China framework remains—despite the DPP being the ruling party in both the legislature and presidency, the present government seems to be intent on maintaining the ROC framework for the time being.

Perhaps, then, 27 years on, whether in China or outside of it, the questions raised by June 4th, 1989 have yet to be answered.