A RECENT HUNGER strike at Fu Jen Catholic University against sexual discrimination in dormitory policies came to an end today after reaching its fourth day. The hunger strike protested that female students are not allowed to enter dormitories after midnight, with doors being locked. The strike ended after a meeting with campus administration in which all four of the demonstrators’ demands were agreed to, with an end to curfews beginning next semester. 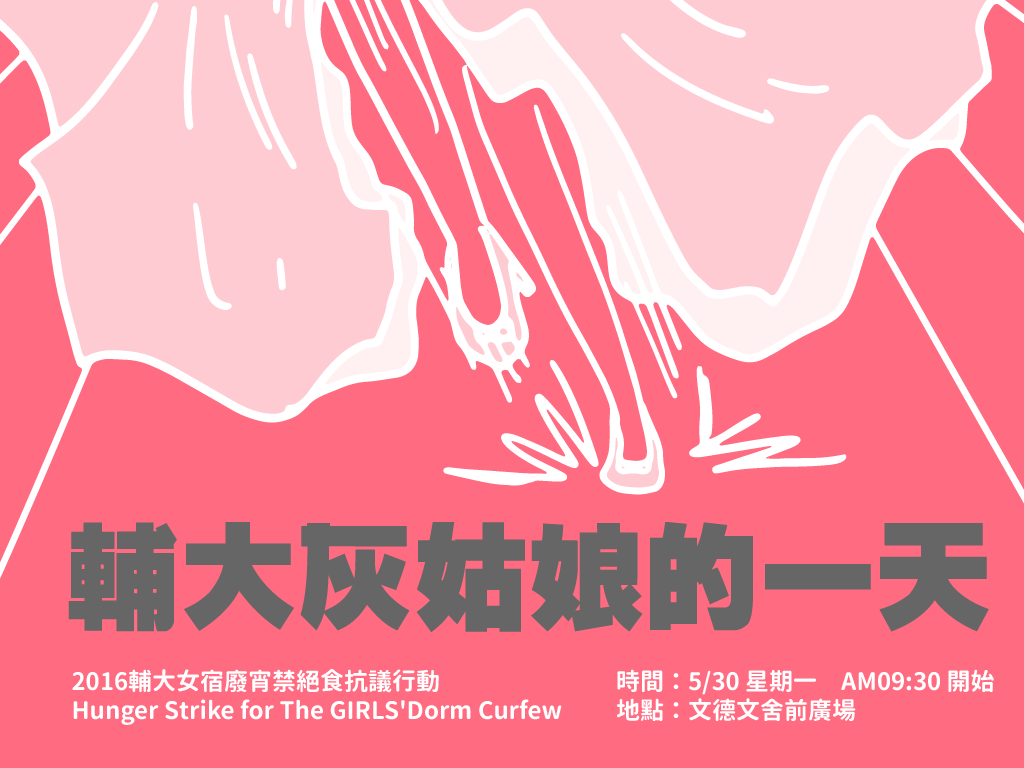 The first slide in a set of slides released by student demonstrators detailing the situation at FJU. Photo credit: 輔大灰姑娘 FJU Cinderella

Demonstrators cited that, in spite of that campus administration claims such housing policies are for the protection of students, this is dangerous for female students. Demonstrators call for an an end to the curfew system and demand the installation of a similar card system to the one for male students. Demonstrators also called for changes in female dormitory governance policies to allow for greater self-determination by female students, to allow for election of female dormitory managers when current policies leave decision-making in the hands of supervising nuns, and cited cases in which dormitory managers are used as cheap labor by the university. 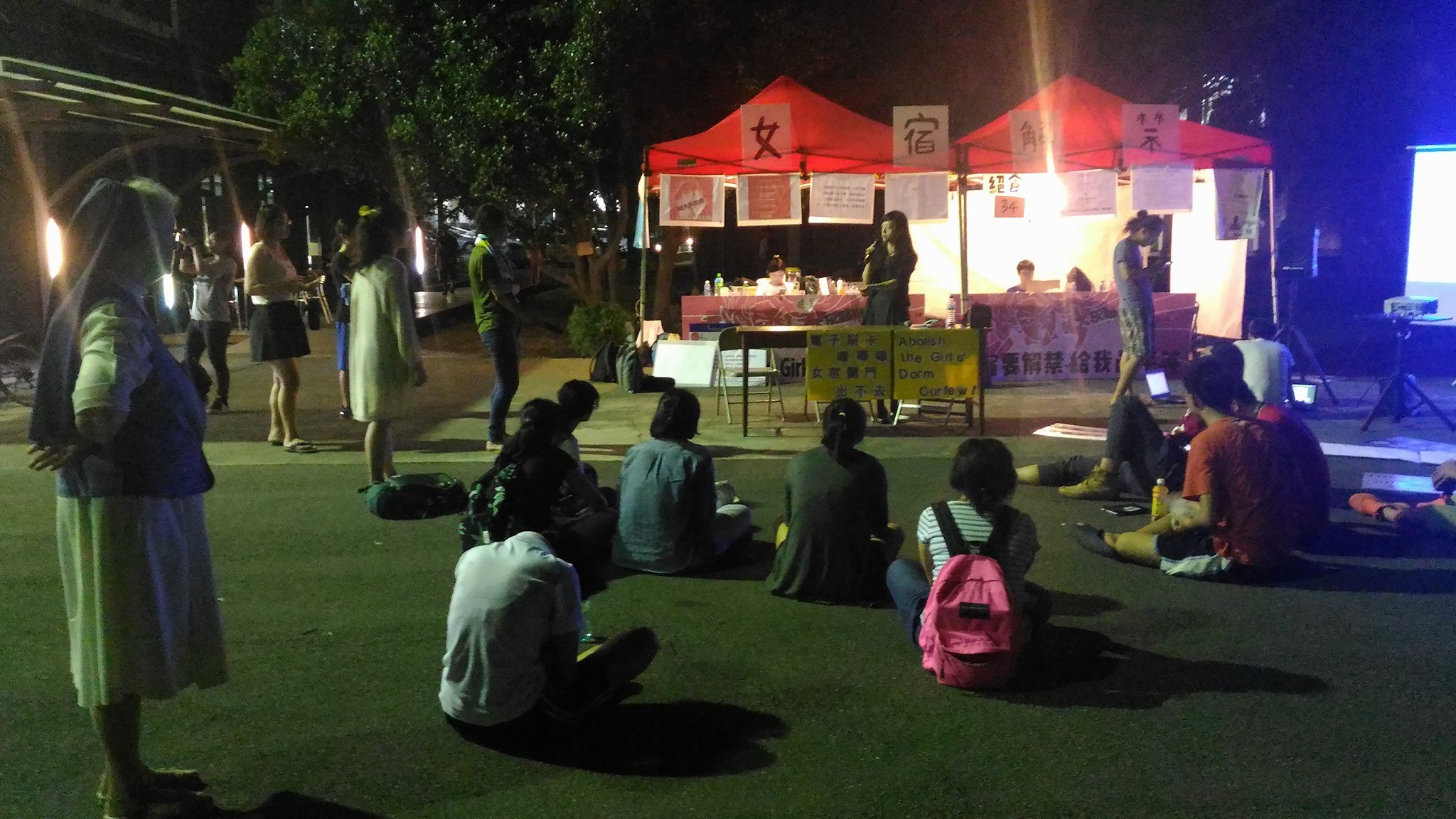 The struggle against sexual discrimination in campus housing policy had taken place since 2009, with actions starting in 2009, but seeing a drastic uptick in the years after 2014 until the present. The hunger strike was preceded by an attempt to hand a letter to Cardinal Prefect Giuseppe Versaldi of the Roman Catholic Church during a visit by Versaldi to campus, asking him to urge the school to take action on the issue. The letter was written in both English and Chinese language versions. Versaldi stated that he did not understand, however, and the letter was received by an aide.

It would be after the beginning of the hunger strike and the circulation on social media of a slideshow describing the facts of the situation that the issue of sexual discrimination that the issue received broader attention from Taipei-based student activists and mainstream media, however. Hunger strikers set up a tent on the campus of FJU and invited a number of guest speakers. Updates were posted from the Facebook page 輔大灰姑娘 FJU Cinderella. 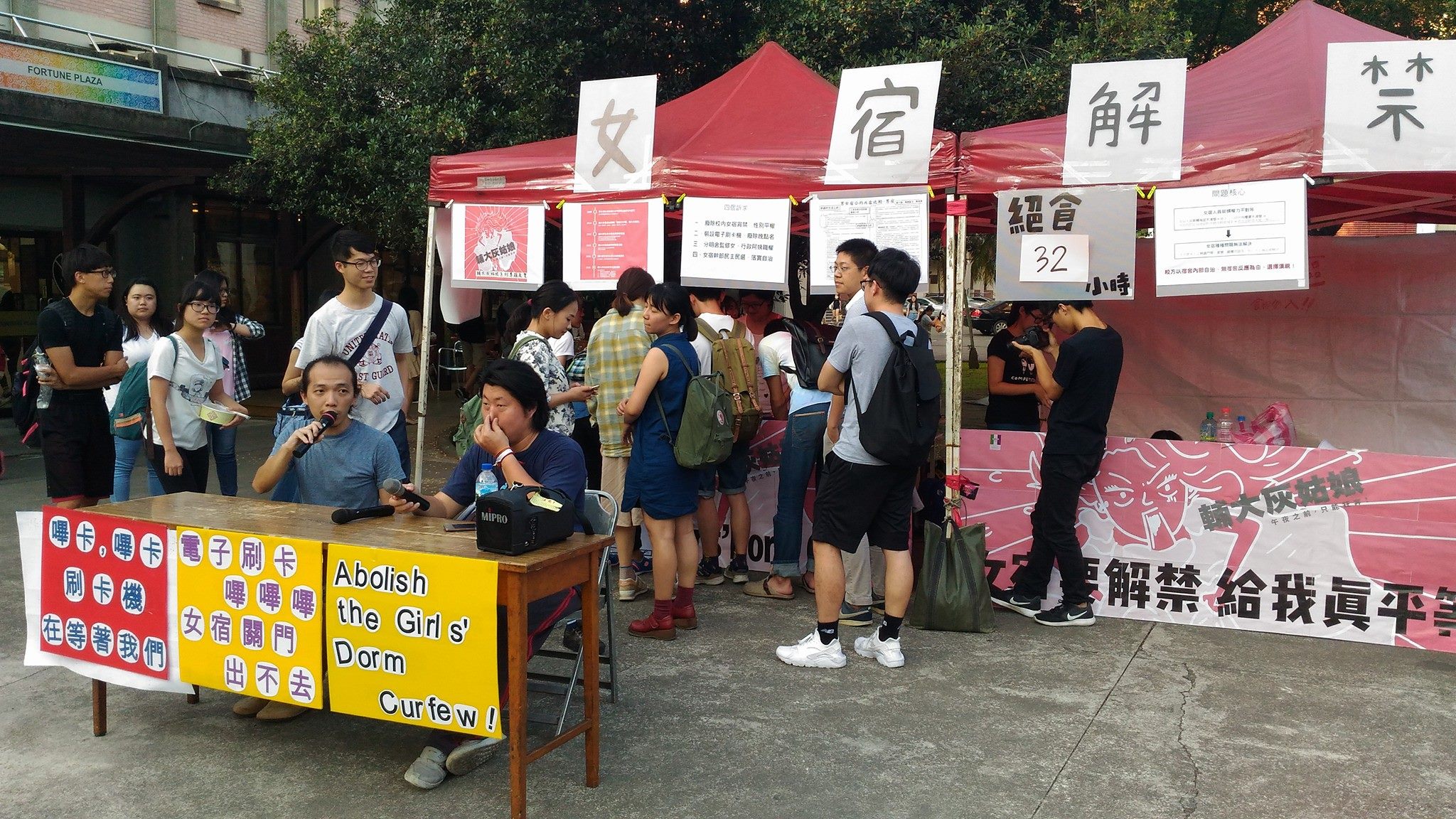 Apart from supportive FJU professors from the Sociology, Philosophy, and Psychology departments, invited speakers included Miao Poya of the Social Democratic Party and others. Concert organizer and well-known figure of Taiwanese activism Indie DaDee also visited the campus to assist in emceeing. Activist groups from other college campuses made appearances to express support, such as the NCCU Wildfire student organization from National Cheng Chi University, as did the environmental organization Taiwan Environmental Protection Agency. Politicians as Su Chiao-hui, Yu Mei-nu, and Wu Su-yao, all of the Democratic Progressive Party, are also among those who had voiced support for hunger strikes. 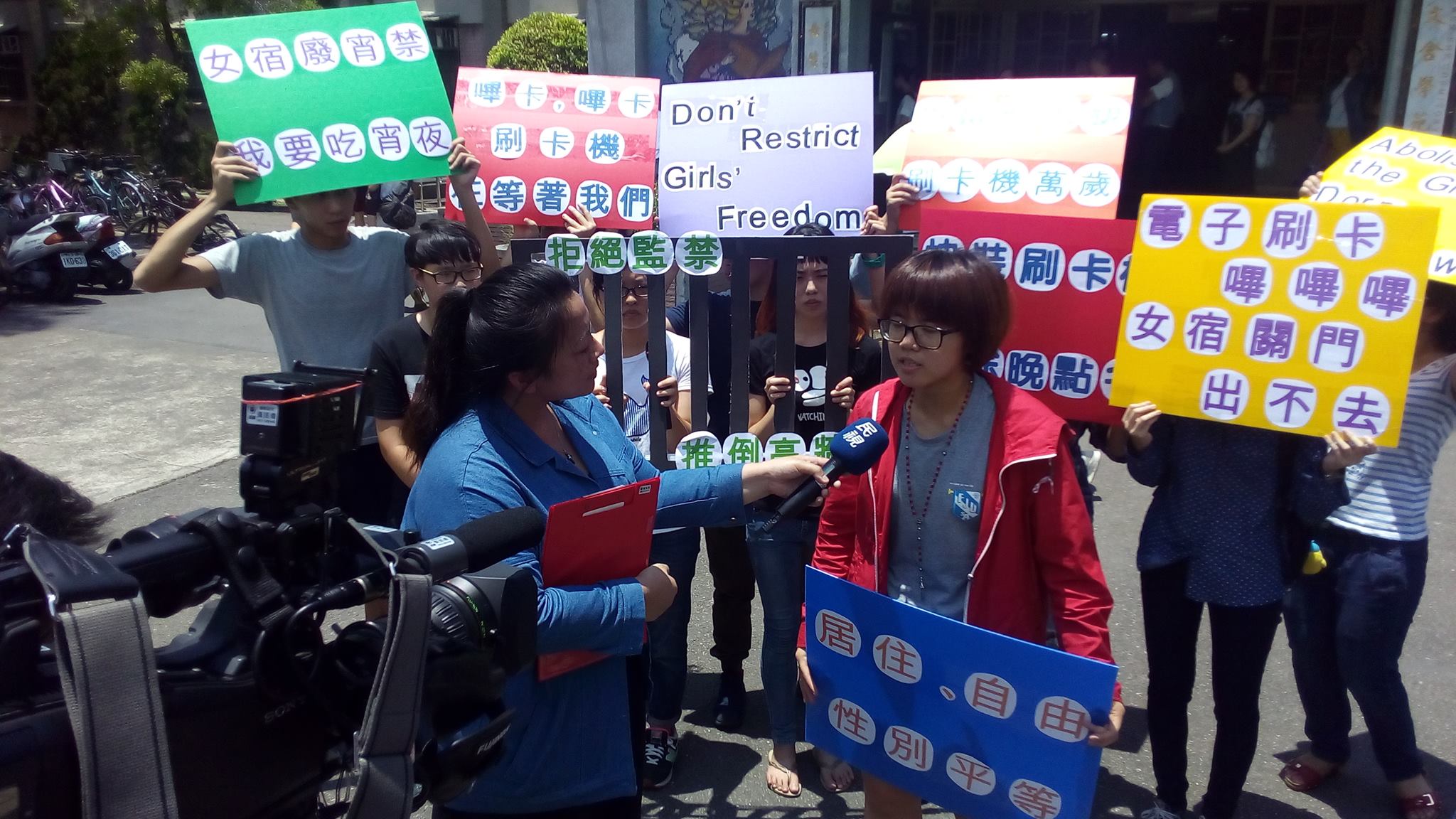 Likewise, it is hardly as though gender discriminatory treatment for students exists only at the college level either. Another example would be enforcements of uniform policy at the high school level. In Taiwan, male and female student uniforms are different, with female students made to wear skirts and punishments for not following uniform codes according to gender lines. Past years have seen demonstrations by female students demanding the right to wear shorts, sometimes with the critique that uniform policy objectifies female students, as well as calls for the right to wear uniforms according to gender identification. In particular, Tsai Ing-Wen raised this as an issue during her presidential campaign, with one campaign ad suggesting support for changes in uniform policy. Shortly after Tsai’s taking office, the Ministry of Education announced that schools would no longer enforce punishments for appearance of attire.

In the case of Fu Jen Catholic University, give the hunger strike ended in a victory, with campus administration agreeing to student demands despite previously maintaining the necessity of current policies in keeping female students safe and that it would be too expensive to install card scanners in female dormitories. The victory has been popularly feted by Taiwanese youth activists, although demonstrators are presently circulating a petition pointing general problems of sexual discrimination at FJU, with this only being the tip of a larger iceberg. Despite the victory at FJU, it would be what the hunger strike points to is a larger problem facing the education system in Taiwan in need of redress. As such, if the hunger strike has succeeded in calling attention to the issue, we will see as to what actions are needed to be taken in the rest of Taiwan.