The Qiaobi Laundry Ad and Questions of Historical Chinese Anti-Blackness

Recent Controversy Over “Whitewashing” In A Qiaobi Laundry Detergent Ad

A RECENT Chinese laundry detergent ad aired on television and in theaters has received much attention in the past few days in western media. Deemed the “most racist ad ever” by some on the Internet, the ad depicts a Chinese woman shoving a black man into a washing machine, whereupon after being washed by the machine he emerges a light-skinned Chinese man—literally “whitewashing” him.

Many questioned what exactly would lead a Chinese ad company to create such an ad. It would later emerge that the ad was plagiarized from an earlier Italian ad for the laundry detergent Coloreria Italiana, down to the use of the same background music in the ad. Spokesmen for the company later claimed that westerners were being “too sensitive” and overreacting to the ad.

It is interesting to note that a Chinese ad has provoked such reaction in western media outlets, with the initial reaction coming after Shanghaiist first posted an article about the ad. In part, it reflects the globally interconnected nature of the Internet age that a Chinese ad could provoke such strong responses in western media shortly after airing in China. At one point, the ad reached the number 2 position on Reddit. Much news commentary which has followed has drawn its findings from this Reddit thread, Reddit having been the first to notice that the ad was plagiarized from the Italian commercial. It appears that the ad largely passed under the radar in Sinophone media until western media reacted to the ad, after which we are now seeing more critical responses, with some backlash. The ad is still not widely discussed in Sinophone media, however.

But what has led to much commentary is a questioning of the racial attitudes of Chinese towards blacks and Africans given the racial sentiments of the ad, although sometimes not without an element of sensationalism about Chinese views of Africans in this. In the present, it is that China is seeking to build ties with developing African countries through infrastructure investment projects, if it is that blacks remain a minority among expatriates living in China. In the past year, after the shooting of Akai Gurley by Chinese-American cop Peter Liang and subsequent controversy over legal consequences for Liang, race relations between blacks and Asians have also been the object of much discussion in the US. With much discussion of the ad among participants of the Black Lives Matter movement, some see the ad as evincing sentiments of anti-blackness among Chinese. 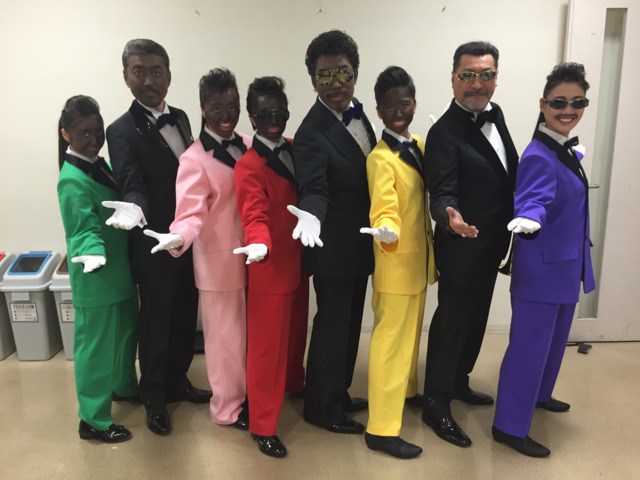 As has been discussed already in various articles remarking on the Qiaobi ad, the ad does not come out of a vacuum. In recent years, there have been incidents of Asian ads—particularly in the beauty and healthcare industries—in which black skin color was denigrated in racialized terms, or in which blackface was employed. It is that in many Asian cultures, lighter skin is seen as more beautiful and as we see in the Qiaobi ad, black skin is sometimes associated with being dirty. Sometimes it is suggested that Asians do not fully understand the racial implications in such ads, given that most Asian countries do not have significant black populations, Asians may not often encounter blacks in their daily lives, and Asians may not understand the valences of racial politics in multiethnic societies if they live in mostly ethnically homogeneous societies.

Anti-Blackness from Chinese or the Internalization of Western Racism?

NEVERTHELESS, it is interesting to hone in on the plagiarism of the ad from an earlier Italian ad. The ad varies from the Italian original in that the conclusion is reversed. In the Italian ad, a white, Italian man is thrown into the washer, after which he emerges a black man. This is framed in the ad as a positive conclusion because “Colored is better”, as a text overlay states—a pun on the name of the laundry detergent being Coloreria Italiana. Though obviously problematic in regards to the sexualization of the black man, interestingly, it is the white man who is denigrated in the Italian original, the ad suggesting emasculation and weakness on the part of the white man as compared to the muscular virility of the black man who emerges from the washer at the end of the ad.

However, in spite of the reversal in the conclusion of the Chinese ad as compared to the Italian ad, it would be that these tropes about black people that we see in the Qiaobi are imported from abroad. It is that the Qiaobi ad evidences the internalization of tropes about black people drawn from the western world by Chinese, as we see not only through that the ad is a direct copy of the Coloreria Italiana ad, but also in the simultaneous sexualization and denigration of black individuals we see in the ad. It is not merely to suggest that Chinese have cultural sentiments of “anti-blackness”, but to point to that such sentiments are drawn from western examples and then internalized. 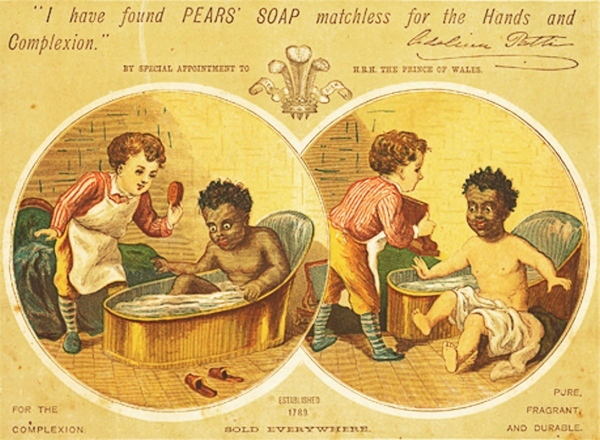 Again, it is that many Chinese in China have probably never really encountered any black individuals, given the small number of black expatriates in China. Thus, the perception by Chinese of blacks is often filtered through western media and the representations of blacks by western media becomes how Chinese understand blacks. As also mined out by the Reddit thread about the ad, there is a larger history of ads in Europe and America which feature this trope of “whitewashing”—of black individuals being washed, then transforming into white ones.

Such ads usually date from the early 19th and 20th centuries. This is where the tropes of “whitewashing” in the Qiaoi ad originates from. Another example in the Chinese-speaking world would be Darlie’s toothpaste, sold as “Black Man’s Toothpaste” (黑人牙膏) in the Chinese-speaking world and originally sold as “Darkie’s Toothpaste”. “Darlie’s” first began to be sold in Shanghai in 1933, stemming directly from western tropes about blacks in the early 20th century. There are other examples from this period, including Kang Youwei’s fantastical vision of breeding blacks out of existence and interbreeding whites and Asians to create the superior race—the internalization of western views about eugenics and racial superiority during that period in history. 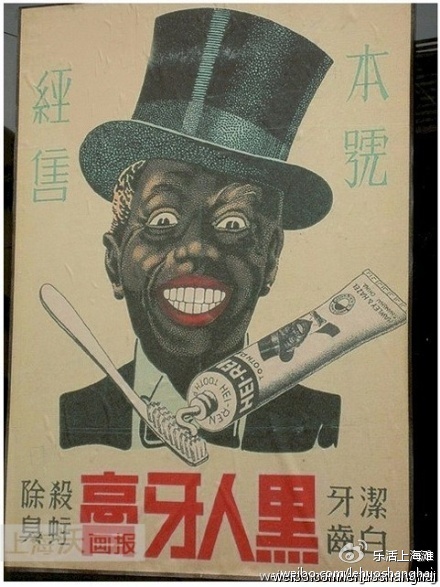 Advertisement for Darlie’s toothpaste. Darlie packaging has since been changed, but is still sold under the name “Black Man’s Toothpaste.” Photo credit: Weibo

So, then, do we have to understand the Qiaobi ad as going back to racial discourse that dates back almost a century regarding how Chinese absorb racist western stereotypes about black people. And so, in many cases, the attitudes of “anti-blackness” we see in the present may actually be the internalization of white attitudes towards blacks by Asians—a phenomenon which goes back over one hundred years.