Reactions From China To Tsai’s Inauguration?

REACTIONS FROM China to Tsai Ing-Wen’s inauguration seemed initially subdued. It is generally difficult to judge as to whether regular reactions from China fulminating against Taiwanese independence actually mean anything—as indicating shifts in policy stances—or are largely performative in nature. Several days ahead of the Tsai inauguration, military exercises off the southeast practicing landing exercises were seen as possibly being a warning to Taiwan. The Chinese military denied this, stating that the exercises were annually scheduled and routine in nature, without any specific target in mind, although many questioned the veracity of this claim.

But this type of intimidation would, in fact, be rather normal for the Chinese government and not anything particularly new; after Tsai’s victory in January, the Chinese government also responded with military landing exercises. There are numerous other similar incidents during past presidential administrations. Thus, it was not clear as to what Beijing’s stance to Tsai would be before the inauguration. 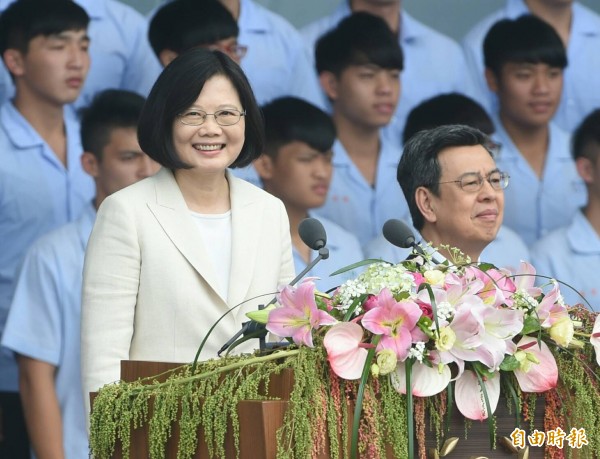 China’s eyes were probably set on Tsai’s inauguration speech in order to see what Tsai would have to say about the “1992 Consensus.” Before Tsai’s inauguration, Chinese spokespersons reemphasized that Chinese policy maintains the “One China principle” and that whoever breaks with the “1992 Consensus” through dropping the “One China principle” would bear the fault of disrupting cross-strait relations.

Though with reference to the “historical fact of the 1992 talks” within her speech but no specific mention of the “1992 Consensus” or the “One China principle,” Tsai’s inauguration speech is generally being read as having resisted Chinese pressure to refer to “One China,” given that Tsai left mention of “One China” out of her speech. As a result, given the ambiguous stance taken by Tsai—in all probability a deliberate stance of strategic ambiguity—Chinese state-run media has called on Tsai to take a firmer stance and clarify her adherence to the “1992 Consensus.” 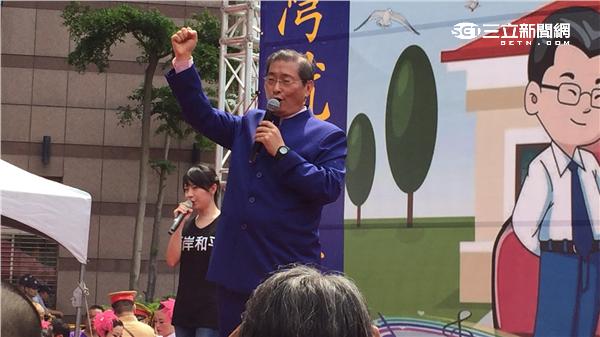 Other responses are possible. Perhaps we may soon see a wave of Chinese Internet trolls crossing the Great Firewall to post derogatory comments on her Facebook wall—as happened several days after Tsai’s election victory in January as well as during other incidents.

There are signs once in awhile that China is in fact considers the possibility of having to accommodate itself to a DPP administration and that Tsai herself would welcome this—for example, stating that she would not be unwilling to meet with Xi Jinping in Beijing if this is done on equal grounds. China may come to realize the present political decline of the KMT means that the KMT will not be a viable political partner for it in the near future, in consideration of that the very continued existence of the party is currently up in the air, and that as a result it would need to accommodate itself to the DPP. Yet it may be that the “1992 Consensus” would be the bottom line for accommodation and this illustrates inflexibility on Beijing’s part if it wishes to back Tsai into a corner by pressing for acknowledgement of the “1992 Consensus”.

It is possible that the Chinese government is still be banking on KMT electoral victories down the line in order to prevent the DPP from being able to hold onto power, as we saw from that the meeting between Xi Jinping of China and Ma Ying-Jeou from Taiwan which took place in Singapore in November. A historic event, as the first meeting of the leaders of China and Taiwan since the Chinese Civil War, the Ma-Xi meeting seemed aimed at highlighting before 2016 elections that the KMT was the only political party in Taiwan able to conduct political exchanges with China.

And so it may be that the Chinese government tries to sabotage Tsai’s administration to allow for the KMT to retake political power in future elections. This would very likely be through deteriorating cross-strait ties and pinning blame for this on the DPP. This may be what we see at present through attempting to force a less ambiguous acknowledgement of the “1992 Consensus” from Tsai. We will see as to whether Beijing takes firmer steps to try to secure this acknowledgement from Tsai, however.