Daily Bloom is now featuring members of New Bloom commenting the news everyday. Not only provide information, we also want to provide the thoughts from our own perspective. Please like or share if you like it. 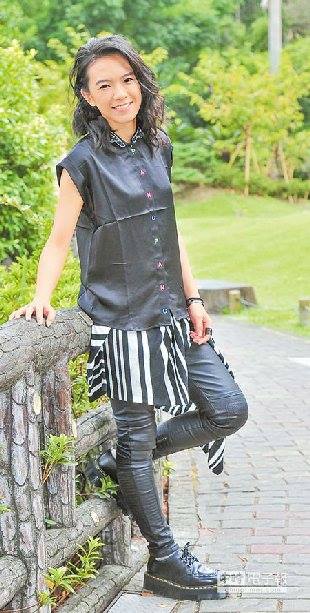 Jing Chang, a singer emerged from a Taiwanese singing competition show, was known for her androgynous appearance and lower voice. In one of her early albums, her song also implicitly addressed lesbian relationship. In an interview today, Chang mentioned how converting into Christianity has made her want to choose a man as her life partner, and recognize that marriage is necessary in the future. This news has circulated on social media and shocked many people in the Taiwanese LGBTQ communities.

What we need to discuss in this news, is not about how Chang “changed her sexuality”–sexuality is always fluid and social. Instead, we need to examine critically how Chang thinks that her new found femininity and sexuality is a sign of “progress.” Taiwan’s entertainment industry is known for its acceptance of female celebrities with more androgynous appearances. However, none of these celebrities were actually able to “come out.” They usually employ a kind of ambiguous discourse to please both the mainstream and LGBTQ audiences. Chang’s news only highlights how the “openness” of Taiwanese LGBTQ culture is only in the appearance. In reality, the LGBTQ communities lack any basic rights, and the ability to discuss diverse sexualities outside of the heterosexual marriage-oriented values.

Wen Liu is a doctoral candidate in social psychology at the Graduate Center, City University of New York. She is also a freelance writer on sexuality and politics in the US and Asia.