MEETING DR. SUN (行動代號孫中山) tells of a group of poor Taiwanese high school students’elaborate plot to steal an unused Sun Yat-Sen (孫中山) statue from their high school and sell it for scrap metal. Protagonist “Lefty” (阿左) and his friends plan to steal and sell the statue in order to pay the 2000 NT high school tuition which he and his friends, all from poor families, are unable to afford. In this, they come into conflict with another group of poor high schoolers from the same school, led by “Sky” (小天), who, also driven by poverty, came up with the same scheme.

In depicting the conflict between “Lefty” and “Sky,” Director Yee Chih-yen (易智言) means to suggest that the plight of young people facing shared social issues is in part due to their inability to work together to confront these issues. After discovering that Sky also plans to steal the statue, Lefty confronts Sky in a tragicomical “war of poverty,” in which each attempts to demonstrate to the other he is the poorer of the two, and thus more deserving of the statue. When Lefty relents and acknowledges that Sky has a worse off situation and decides to invite Sky into his team of would-be-thieves, Sky betrays Lefty’s trust, stealing the carefully prepared equipment that Lefty and friends had gathered to carry out the statue heist. 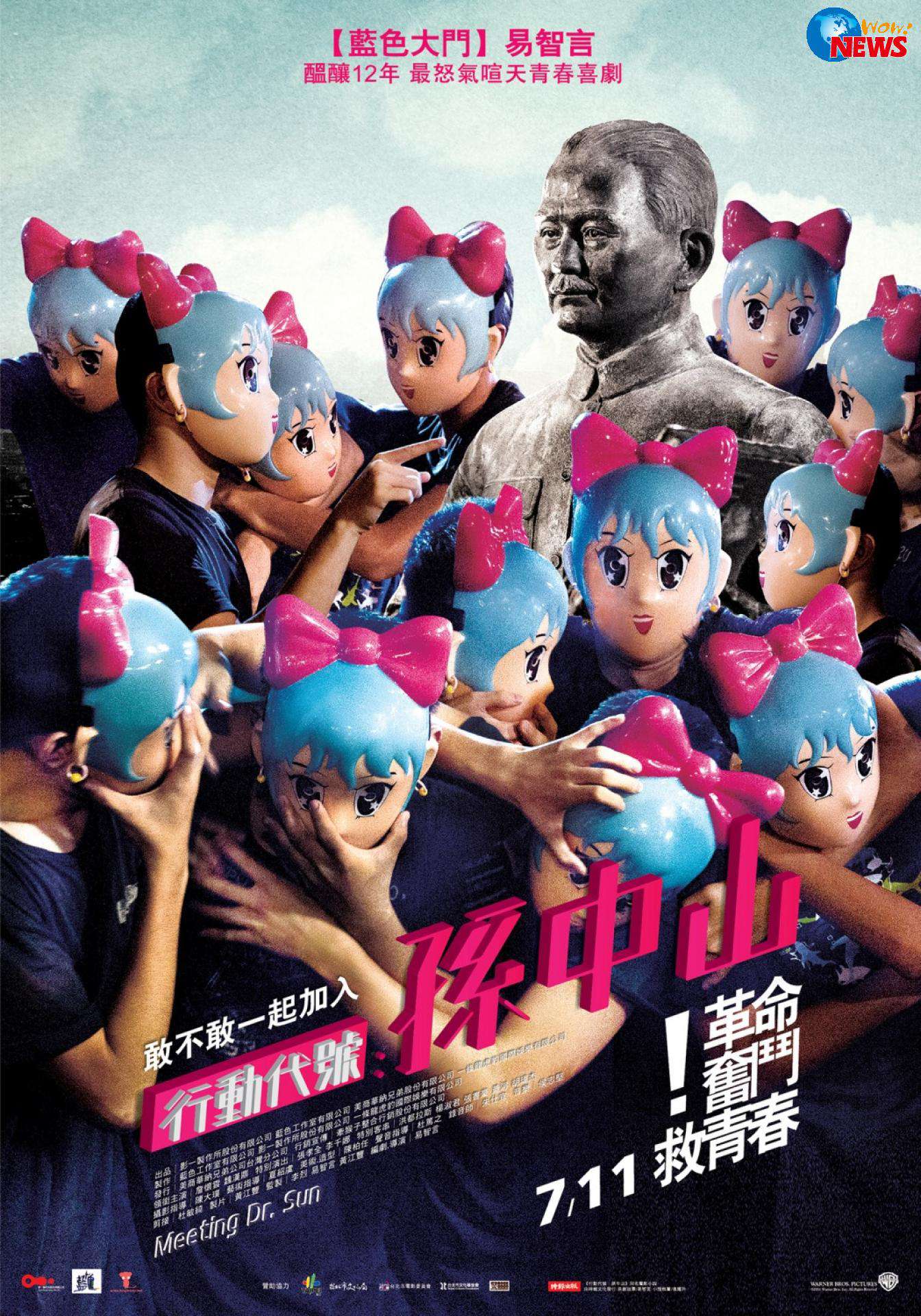 What follows is a marvelously executed and altogether quite hilarious sequence, where the two groups of poor youth confront each other on the grounds of their high school and find no one group is capable of lifting the heavy statue alone. They are forced to work together to lift the statue, and then when they encounter the school security guard. Conflict between the two groups resurfaces almost immediately afterwards, the end result of which is that neither group succeeds in stealing the statue and both groups are punished by the school. The story ends on a positive note, however, with the implication that Lefty, Sky, and their groups of friends have pooled their talents for greater, hopefully more successful schemes.

THE ENTERTAINMENT VALUE of the film largely derives from the acting ability of its young protagonists, who shine quite unexpectedly, and from the absurd manner with which the film’s story unfolds. The plot carries itself out in a largely situational manner, whereby Lefty and Sky carry out a series of symmetrical actions in either trying to prove their poverty or in undertaking roughly the same actions in attempting the statue theft. This is done in such a manner that the audience is usually aware of what happens next or what characters are about to do; there are few surprises in the film, which may be the film’s largest shortcoming. It might also be noted, despite the prodigious acting skill of its young actors, none of the protagonists actually resembles a poor child—though, of course, genuinely poor children often do not fit one’s stereotypically tattered image of a poor child, the film’s characters universally remain too well-groomed in appearance.

What makes the film amusing, nonetheless, is the childlike and absurdist pretense to reality of the high schoolers’ planned heist. The means by which the high schoolers plan a sophisticated theft is dependent upon the film’s cartoonish version of reality in which it would seem there is little in the way of contingency, and any plot clever enough is bound to go off successfully. Indeed, the interaction between characters, too, operates according to set premises, with deliberately repetitive dialogue, and characters possessing only a few defining traits. In this, the film aims not for sophistication, but something closer to a morality tale, and in this it succeeds unexpectedly through its use of radical juxtapositions between comedy and tragedy. 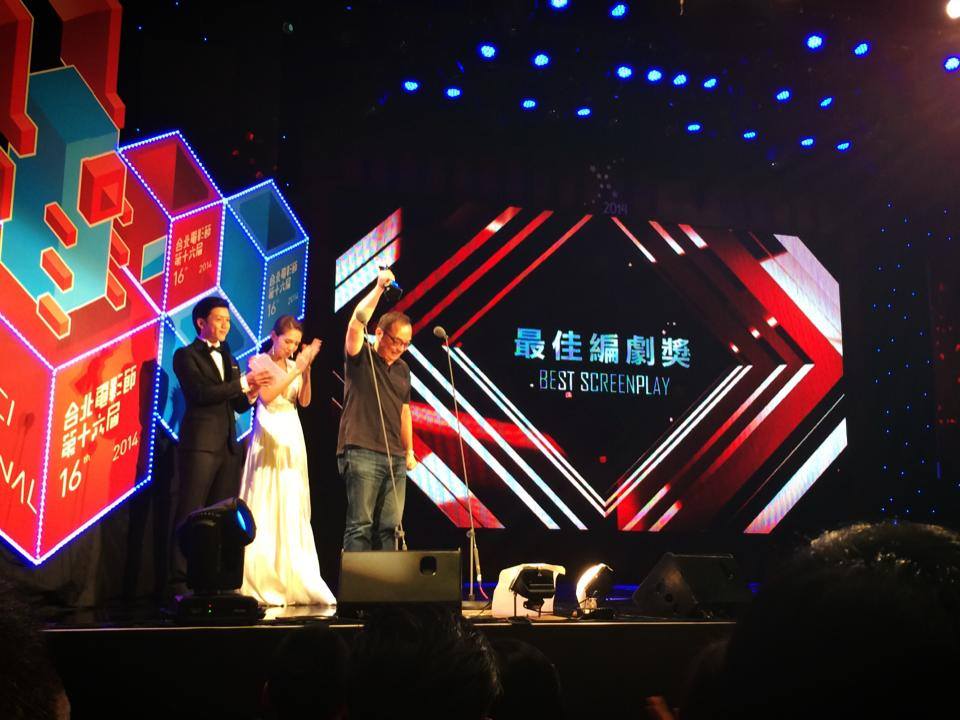 As described by the director, though largely a comedy, the film is an expression of “anger toward a cruel present,” that is, the present in which “poverty is inherited and a generation of kids is doomed without any chance for redemption.” The degree to which the film serves as a vehicle of this sentiment is most clear during a climactic monologue by Sky, in which he decries the means by which his poverty was inherited from his grandparents and his grandparents’ grandparents and will most likely be passed down to his children and his children’s children.

Yee comes down on the adults—largely teachers and other forces of authority—that condemn Lefty, Sky, and friends in the face of public morality. Though not aware of the children’s plight, the adult figures in this film seem more concerned with external appearances of morality —or perhaps they are just indifferent. Yet Yee does not flesh out the extent to which these figures are indifferent to the plight of poor students, nor to what extent that they may be complicit in the propagation of social poverty across generations, nor how authority figures are to be confronted in light of the social woes they seem to have no interest in resolving. Such questions are left ambiguous. 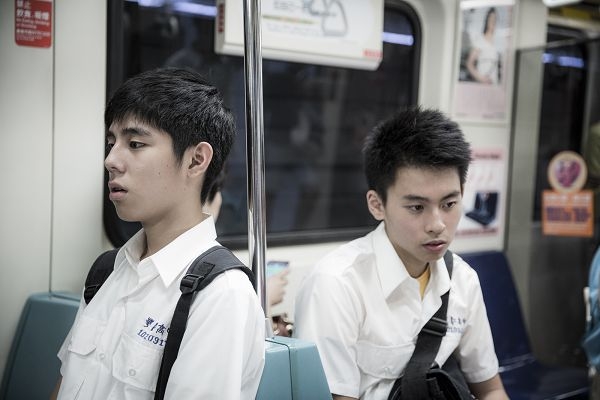 This may be most clear in the figure of Sun Yat-Sen himself, whose statue is the film’s MacGuffin. For much of the film, Sun’s face is never seen, lending the statue a sense of symbolic unrepresentability. The statue’s face is only seen after the theft takes place, but this does not diminish the sense of grandeur that the statue radiates throughout, even when it suffers such indignities as being tied on the back of a truck and driven through Taipei. That with the failure of the two heist attempts the statue is left in Ximen after falling off the back of a truck is clearly meant to juxtapose the sense of public respectability which the statue stands for, the contemporary consumer culture which Ximending connotes, and the social inequality experienced by our protagonists.

Is Yee’s point to drag down the headiness of the high-minded civic values that the figure of Dr. Sun connotes or suggesting their falsity? This is unclear. The statue itself is never defaced in any way in the film; even when it falls from a truck, the statue somehow lands in a perfectly respectable standing position deus ex machina rather than fall to the ground or shatter to pieces, though the film’s advertising is perfectly happy to satirize his image, and there are points in the film in which his image seems to be deliberately juxtaposed with markers of Taiwan’s Japanese cultural inheritance. While the English title of the film is Meeting Dr. Sun (by contrast, the Chinese language title has a different meaning altogether), it is not clear whether this “meeting” is any real confrontation, whether the young protagonists of the film are facing “reality” as symbolized by the statue, or that they are in fact somehow realizing the values truly stood for by the statue in their act of defiance against it. One might note that the film’s English blurb makes it a point to remind the reader that Sun Yat-Sen was, after all, a revolutionary and that, in their theft of the statue, the film’s protagonists may in fact be realizing their own form of revolution. But the film is certainly not titled “Waiting for Dr. Sun,” a la Beckett.

Where Yee means to suggest a solution to deep-set social ills, the conflict between Sky and Lefty would suggest that poor young people more often conflict amongst themselves out of self-centeredness and a sense of self-interest rather than band together to deal with the problems that face them generationally. Yee would rather have it that young people learn of their shared condition so as to confront it together. Only then can the curse of poverty which stems from one’s forebears and unfortunate birthplace in life be broken. That is hard to argue with. 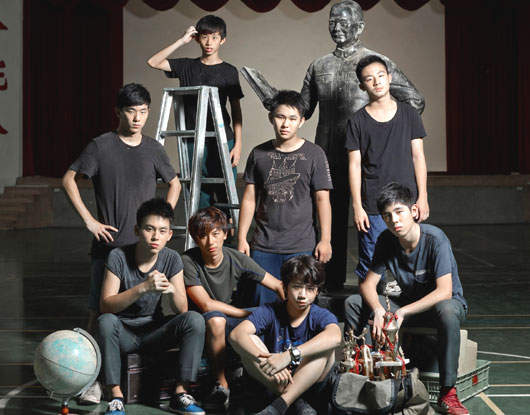 Yee does not provide a fully-fleshed out view of the social problem he seeks to depict in his film, nor he does account for why exactly the generational curse of poverty has not been broken up in the present. Most importantly, while the film ends with Lefty and Sky banding together to conduct future schemes with their complementary talents, one wonders if this actually entails breaking the generational curse of poverty once and for all or it just means continuing to live on the fringes, conducting occasional mischievous raids in defiance of authority, but still remaining forever poor.

A Taipei Times review suggests that this to be a film for a Sunflower generation. Perhaps. One must remember to what extent the movement’s successes and failures were contingent upon seizing control of a center of power in society and refusing to let it go until some minimum demands were met. And that, even then, the successes of the largest organized youth movement in at least the past decade of Taiwanese history remain to be fully borne out. But the film provides for the start of a consideration of a problem and certainly an entertaining one.